It's cathartic, we've been told, to talk about your feelings, so when given the opportunity to write a Christmas column, it didn't take long to come up with the subject.

Quick confession: I've been a Braves fan since I was a toddler. Maybe it was the fact I was in attendance at the team's first game in Atlanta in 1966 as a 3-year old. Maybe it was sitting with my grandfather as he listened to games on the radio.

Whatever the reason, the team, through all the ups and downs (and there have been way more downs for anyone older than 40), has been a constant in my life. That said, I feel the need to vent about the current state of the franchise.

The problem is I believe we (as collective Braves fans) have been misled and are about to enter another could-have, should-have period that will test the very core of our relationship with the team.

It's the winter of our discontent, and it's not likely to end soon.

Look, competing in Major League Baseball is tough. No professional sport in America has such a divide between its haves and have-nots. Sure, the NBA has its tankers, but is there another pro league where there is a $300 million divide between its biggest and its lowest spenders?

Teams with lower payrolls can make it work, but it rarely lasts due to MLB's joke of a salary cap that allows billionaires such as New York Mets owner Steve Cohen to spend at will with only a financial slap on the wrist.

Draft and develop a stud in Pittsburgh (hello, Gerrit Cole), Cleveland (Francisco Lindor), Miami (Giancarlo Stanton) or, ahem, Atlanta (Freddie Freeman, Dansby Swanson) and it's almost assured they will end up playing for one of the sport's big-market monsters when free agency hits.

As Atlanta fans, we've always just accepted the fact that teams in New York, Los Angeles and Chicago can spend whatever they want while the post-Ted Turner Braves are limited as a so-called "mid-market" team.

The problem with that thinking, however, is in the numbers — and they are striking.

The Braves — one of only two MLB teams owned by publicly traded corporations (the Toronto Blue Jays are the other) — attracted more than 5.4 million fans combined in 2021 and 2022, one of the top-five figures in baseball. They are one of only seven teams to experience an increase from pre-pandemic attendance numbers, a list that DOES NOT include the Mets, Los Angeles Dodgers, New York Yankees, Boston Red Sox, Chicago Cubs or Philadelphia Phillies.

Conservative estimates are that the team, which has shown more than $1.2 billion in revenue since the start of the 2021 season, cleared more than $200 million in profit in those two years. Yet, as of this writing, Atlanta's payroll for the 2023 opening day roster is $193 million, according to Cot's Baseball Contracts.

That's an increase of $16.5 million from a year ago, but that rise is due to increases in salaries for Matt Olson, Austin Riley, closer Raisel Iglesias and the $20 million, one-year deal signed by pitcher Charlie Morton.

Since the end of the 2021 season, the team has lost franchise icons Freeman and Swanson in free agency while signing the likes of Kenley Jansen (now with the Red Sox), Colin McHugh, Eddie Rosario and Ehire Adrianza. This offseason's big signee? Outfielder Jordan Luplow.

Just remember that in October, team chairman Terry McGuirk was quoted in an Atlanta Journal-Constitution article shortly after the Braves were eliminated by the Phillies in the playoffs as declaring, "My goal is to get to be a top-five (payroll) team."

Instead, the team has ignored an elite class of free agents, instead trading 24-year-old William Contreras (a first-time All-Star in 2022) and multiple prospects to acquire Sean Murphy, a great defensive catcher who doesn't offer anything more with the bat than Contreras or incumbent starter Travis d'Arnaud.

Murphy is a top-five catcher, and the 28-year-old's presence will allow d'Arnaud, 33, to assume the designated hitter role more regularly, but there are more pressing needs at left field and shortstop, where youngster Vaughn Grissom is now expected to replace Swanson. 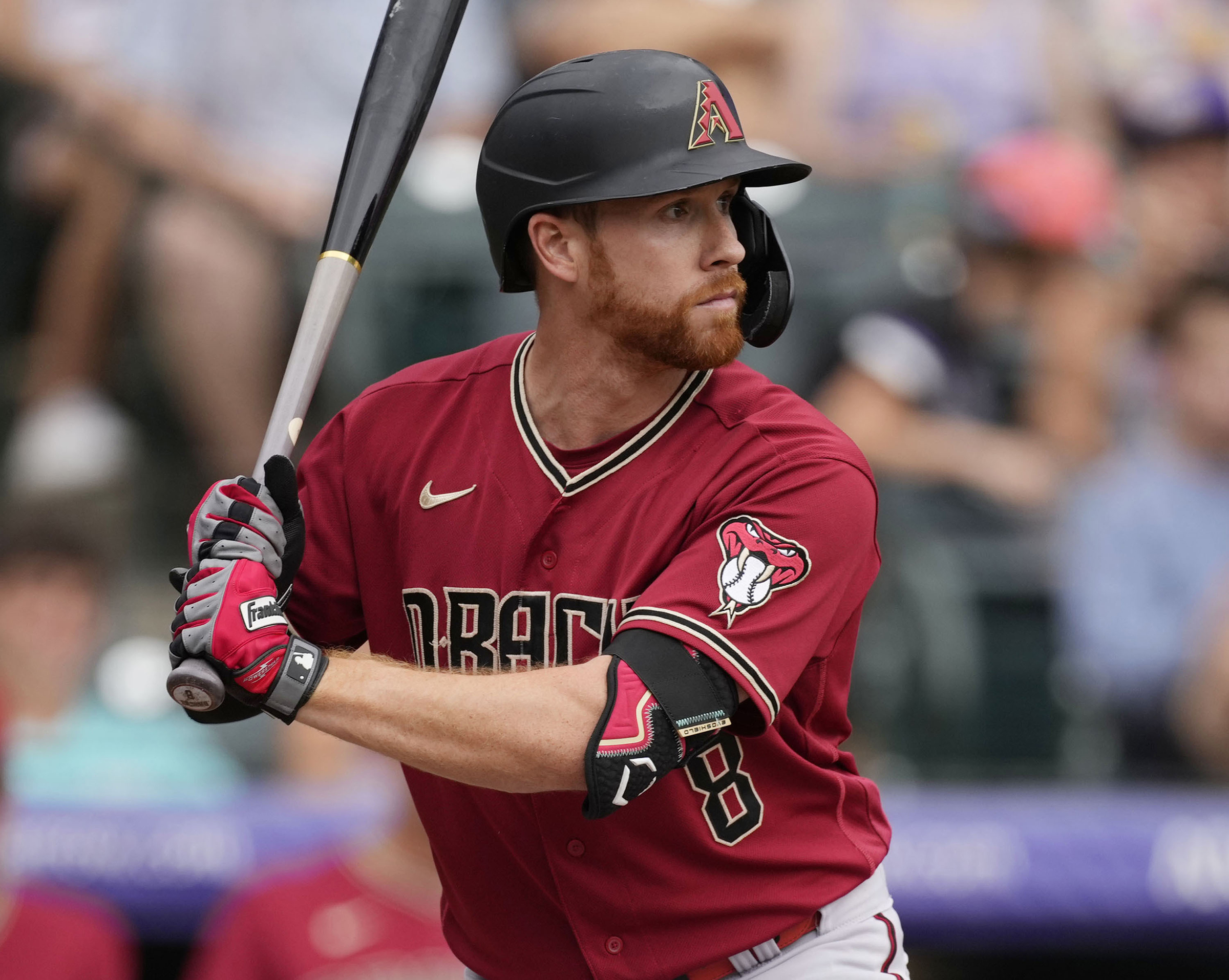 AP file photo by David Zalubowski / Former Arizona Diamondbacks outfielder Jordan Luplow has been the biggest free-agent signee for the Atlanta Braves during an offseason in which they've mostly watched as other MLB teams made the big moves intended to strengthen their rosters.

That's what makes it so difficult to lose fan favorites such as Swanson, who reportedly was offered six years at $100 million by the Braves before choosing the Cubs' seven-year, $177 million deal. Atlanta, rightly, never saw the Georgia native as a player who should be paid $20-million plus per season, but he was never going to re-sign for less than that.

At what point, though, do you spend a bit more to appease your fan base, especially after last year's messy divorce with Freeman? Could Liberty Media, which owns the Braves, live with $95 million in profit this year instead of $100 million?

Meanwhile, Cohen has had no problem raising the Mets' payroll, going from $170 million in 2020 to an estimated MLB-record $376 this coming season with the additions of three-time Cy Young Award winner Justin Verlander, shortstop Carlos Correa and Japanese pitching stud Kodai Senga. Add in the cap-acceding luxury tax of $111 million, and Cohen will shell out nearly $500 million this season.

As a corporation that has to answer to its shareholders, Liberty Media has no incentive to raise expenditures without seeing added profit. That's business. Cohen and Phillies owner John Middleton are more concerned about winning championships.

At this point, the Braves are likely the third-best team in their own division, the NL East, and will surely be projected to finish with fewer wins than the NL West's Dodgers and Padres. There's time for improvement, but the ship has sailed on quality free agents and there are few trade-worthy assets remaining in the minors.

Maybe the plan is to save money now in an effort to land the next offseason's mega free agent, Shohei Ohtani. D'Arnaud, Morton and Rosario could be off the books by then, opening up $35 million. Get rid of Marcell Ozuna and the $18 million he's due in 2024, and you have enough to chase Ohtani and sign Fried and Murphy to extensions without getting anywhere near the payroll level of the Mets.

We can dream, right?