With more than 23 years of experience in human resources, Murray is responsible for the firms' talent strategies including managing and implementing the firm's vision for talent, employee relations, and human capital management. In addition, she is committed to recruiting, retaining, and developing high-quality attorneys and support staff for Chambliss, the release stated.

"Penny is a strong addition to the firm because of her passion about the people and the culture of Chambliss," said President and Managing Shareholder Mark Cunningham, in a news release. "Her ability to accelerate our recruitment program has been impressive, as has been her ability to focus and attract high quality team members. I look forward to seeing how her long-term goals positively affect our company."

Murray completed her Master of Business Administration at the University of Tennessee, Chattanooga and received her Bachelor of Science in business administration at Tennessee Technological University. Murray is a member of several professional associations including the Chattanooga Society for Human Resources Management, Society for Human Resources Management, the Association for Talent Development, and the National Association for Law Placement, according to the release. She is also a sustaining member of Junior League of Chattanooga, Chattanooga 2.0 collaborator, and an alumnae advisor for Kappa Delta Sorority.

Georgia Northwestern Technical College announces the appointment of Torrance Ford to its board of directors.

Ford has served as the vice president of talent management at Shaw Industries Group Inc. since 2018. Previous roles at Shaw include director of Collaborative Innovative Manufacturing, director of Supply Chain Business Solutions and manager of Computer Integrated Manufacturing, according to a news release.

Ford graduated from the University of Alabama with his bachelor's degree in mechanical engineering in 1994. He represents Catoosa County on the board. 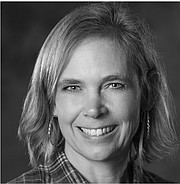 The Chattanooga Theatre Centre has appointed new officers of its board of directors who bring broad expertise and diverse perspectives to the leadership of the non-profit organization's governing board, according to a news release.

Hamilton County educator and community leader LaFrederick Thirkill has been named president of the board of directors. Also appointed to the board's executive committee are Angie Griffin, past president; Amy Meller, secretary, and Roger Cass, treasurer, the release stated.

Griffin is a capital administrator at Tennessee American Water. She has earned several Information Technology industry certifications, including Project+ and Security+, and is a certified Cisco Networking Associate. She also serves on the board of the Orchard Knob Community PTA and teaches theatre at Bethel Christian Academy, the release stated. Griffin is an active volunteer at the Theatre Centre and has served on the board since 2018.

Meller is a preschool director in the Signal Mountain community and a foundation member of the Signal Mountain Playhouse Board of Directors. She helped establish and served as president of the Signal Mountain Middle-High School Theatre Arts Boosters, according to the release. An active Theatre Centre volunteer, Amy and her husband, Steve, have three grown children who participated in numerous Chattanooga Theater Centre shows. Meller joined the theatre board in 2020.

Cass is the chief architect and vice president at Unum Group. He earned a Ph.D. in mechanical engineering from Purdue University. He has served in executive leadership roles in engineering, healthcare, insurance, research, and logistics and was previously an independent financial advisor, the release stated. After moving to Chattanooga two years ago, he now serves as treasurer for his North Shore HOA and participates in local theatre productions, choirs, and ensembles. Cass joined the board in 2020.

Business News is published each Sunday. Information about new hires, promotions and business awards should be sent to onthemove@timesfreepress.com.