Pet parents always want the best for their fur babies, and when it comes to cat litter, with so many options on the market, finding one that works can be a process.

Kitties, after all, can be quite particular about their litter choice, so it's a good idea to get to know what's out there. To help, we consulted three pet-focused sites -- thesprucepets.com, tuftandpaw.com and petkeen.com, plus local pet store staff-- to get their take on the pros and cons of various cat litters.

Clay litter, as its name suggests, is made of clay. It comes in different varieties such as clumping, non-clumping, scented, unscented or dust-free. Raymond Williams, manager of North Shore's Nooga Paws, says most of his customers choose clumping clay litter. "It clumps really well, controls odor and tracks less throughout the house," he says. Plus, it's usually reasonably priced. However, it is the heaviest of litters, plus it's less environmentally friendly than other options as clay litter is not biodegradable.

Gaining popularity in the last few years, silica gel or crystal litter is made from quartz sand, or sodium silicate sand, oxygen and water. The crystals are extremely absorbent and because of that, it is usually marketed as needing less frequent changes, reducing waste and overall cost. Some brands are even flushable or biodegradable. However, a drawback is that some cats are prone to eat it, which could be detrimental to their health. Moreover, cats may not like the harder texture of crystal litter. Finally, urine sometimes tends to pool when the crystals become too saturated to hold more liquid. Most brands suggest stirring the crystals daily to avoid this.

Pretty Litter is a subscription-based litter service that features silica gel litter that changes colors to indicate health problems. The crystals will change either yellow, orange, blue or red to help you track and monitor health issues such as urinary tract infections, bladder crystals or metabolic acidosis.

One of the newest litters on the market, tofu is a dust-free clumping litter made of bean curd residue. It is considered extremely absorbent and lightweight. It is made with 100% recycled materials, completely chemical-free and compostable and flushable. This is another litter that some cats may eat -- though harmless if ingested. A con, however, is that because of its all-natural material, it is prone to mold in situations with high moisture.

Made from pine trees, pine litter is a great alternative to clay for some cat parents. Pine litter can be clumping or non-clumping, the latter coming in pellet form while the former resembles wood shavings. Owners prefer it for its natural ability to cover odors, its soft texture and its light weight. It is slightly more expensive than traditional clay litter, but on the lower end of natural litters. There are a few cons of pine litter. Although it seems efficient at controlling ammonia odors, it is less effective at controlling feces odor. Also, some cats will simply not be drawn to wood-based litter and will not use it.

Like others on this list, corn litter is a natural alternative. It is compostable, flushable and biodegradable and touted as 99% dust-free. Made of dried corn kernels, it is lightweight and absorbent. But some pet parents avoid it due to a specific fungus called aflatoxins that the byproduct litter is prone to grow. This fungus grows with moisture and can be fatal to pets -- though most brands market their corn-based litters as regulated and safe. 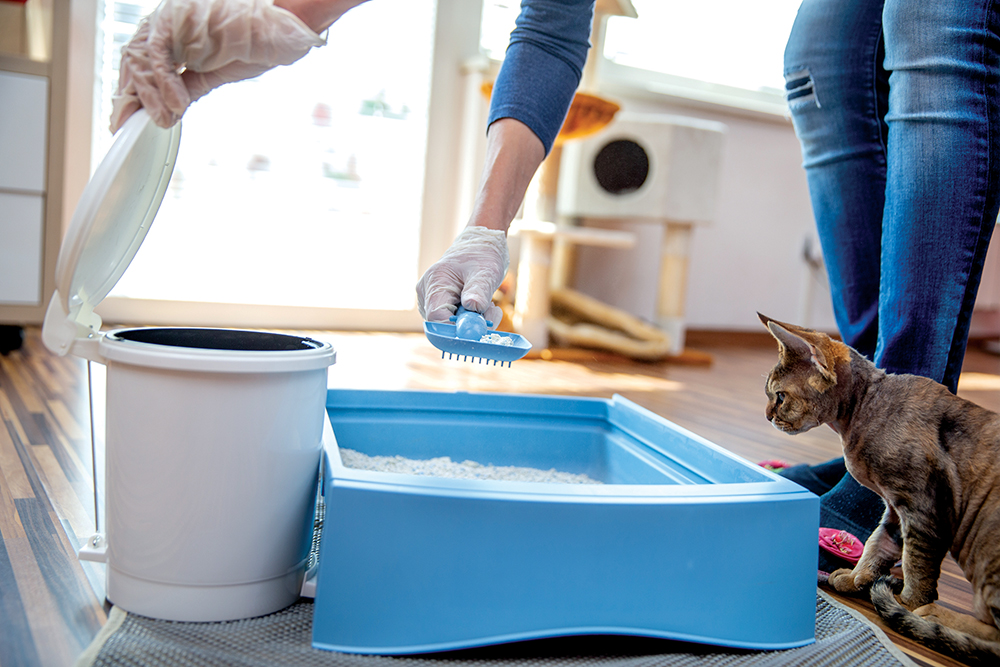