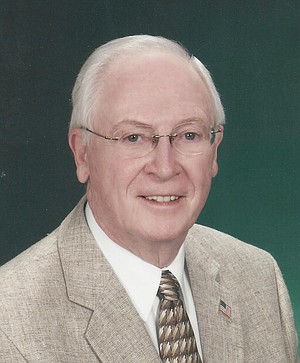 KNOXVILLE - ROTTON, ROYCE BRYANT passed away on November 21, 2022, at the age of 87. Mr. Rotton was born January 24, 1935, in Tarrant, Alabama. He was a graduate of Tarrant High School. After High School, he served in the 117th Tactical Reconnaissance Wing of the Alabama Air National Guard from 1953-1957 and was employed concurrently by Warren Brothers Roads Company as a payroll clerk in Birmingham, AL. Mr. Rotton enrolled in the Alabama Polytechnic Institute in 1955 to study Electrical Engineering. His college career was interrupted when he was drafted into the US Army in 1957. After basic training at Fort Jackson, SC, he was selected to attend the United States Army Signal School Fort Monmouth, NJ, and received the Honor Graduate Diploma for his training in the Cryptographic Material Security Course. During his training, he received an Honorable Discharge from the US Air Force. Mr. Rotton was transferred to Bushy Park military base near London, England to serve with the 16th Signal Detachment Service which provided Crypto-Material service for the US military bases throughout Europe and the countries of the Near East. He held Top Secret, US Eyes Only, and Crypto Material Security Clearances. After returning to the United States, he received an Honorable Discharge from the Army of the United States in 1961. He resumed his college training at Auburn University and earned a Bachelor of Science Degree in Electrical Engineering in 1962. After graduation, he was employed as an Electrical Engineer by the Tennessee Valley Authority (TVA) in Knoxville, TN. Mr. Rotton transferred to Chattanooga, TN in 1986 as the Head Electrical Engineer of the Electrical Engineering and Design Branch. He retired from TVA in 1993. Mr. Rotton joined Brainard Baptist Church Chattanooga, TN in 1990 and was ordained a deacon in 1994. He volunteered with Habitat for Humanity until he was 71 years old. In 2007, he moved to Knoxville, TN and joined Central Baptist Church Bearden where he sang tenor in the Sanctuary choir and in the Good Life Singers Choir. Mr. Rotton was preceded in death by his parents, Thelma Bryant Rotton and Luther Connor Rotton, Sr; brother, Luther Connor Rotton, Jr; and sister Gwen Wynell Rotton Kelley. He is survived by his wife of 62 years, Betty Jean Cory Rotton; sons, Stephen Royce Rotton (Karen Craighead Rotton) and Jeffrey Connor Rotton (Melisa Murphy Rotton); grandsons Stephen Curtis Rotton (Katrina Ann Rotton) and Preston Stewart Connor Rotton; granddaughters Kaitlyn Murphy Rotton and Kendra Renee Rotton; great-granddaughter Freya Lynn Rotton; and several nieces and nephews. Receiving of friends to be held at Rose Mann Funeral and Cremation on Tuesday, November 29th between 12:00-1:00pm. Funeral Service immediately following with Rev. Mark Moreland and Terry Baker officiating. We will reconvene at Sherwood Memorial Gardens for a 3:00pm Interment. In lieu of flowers, Mrs. Rotton requests that donations be made to either the Central Baptist Church Sanctuary Choir or Alzheimer's of East TN. Online condolences may be made at rosefuneraltn.com.