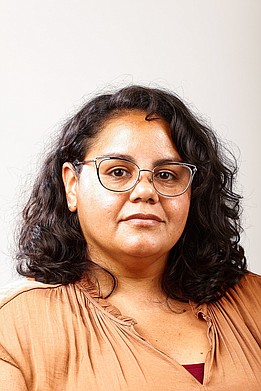 La Shawn Pagán obtained a bachelor's degree in criminology and criminal justice at John Jay College of Criminal Justice in New York City. After working a few years in the legal field as a paralegal and researcher, she began her career as a journalist at the Queens Courier/El Correo de Queens also in New York. Soon after, she completed an internship at the United Nations where she eventually was hired as an investigative reporter focusing on human rights violations at the UN. Pagan has also written, directed and produced a documentary film called Forced into Silence, which earned her a best documentary award in 2015. She recently obtained a certification on Film and Television Essentials through NYU and is writing two books. She is an advocate for gender equality and mental health awareness. She loves reading, music, her friends and her dogs.