A Hamilton County General Sessions Court judge said Thursday he would not approve a proposed plea deal in a case involving a road rage incident earlier this year.

"This is absurd," Hamilton County General Sessions Court Judge Gary Starnes told state prosecutor Natalie Cropp about the proposed deal. "I don't want to tell you how to do your job ... but I will not sign this."

At the hearing, the victim told Starnes she did not agree with the deal reached between the prosecution and defense attorney Arthur Grisham, who represents defendant Michael Harvey.

Harvey, 43, is accused of following the woman and her son Aug. 22 after she allegedly cut him off as she was trying to merge onto U.S. Highway 27, according to a social media post the woman made as she shared a video of Harvey confronting her after the alleged incident.

The proposed agreement presented Thursday was that Harvey would enter a guilty plea and have a suspended sentence of 11 months and 29 days, with the condition that he continues with anger management treatment and stays out of trouble for that time, according to Grisham.

The victim claims damage to her vehicle can be seen in a video of the incident, which was recorded by a home security camera. 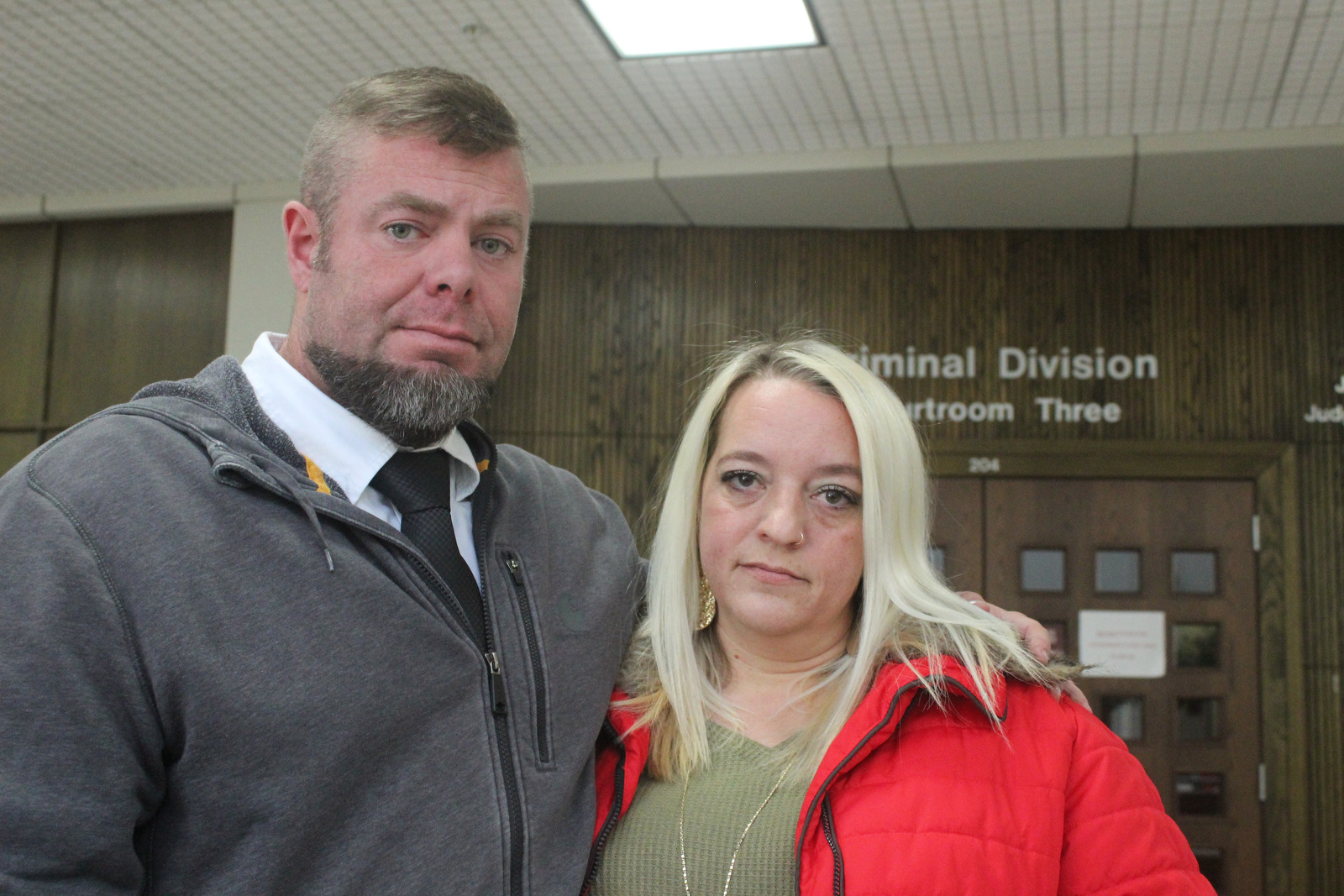 In the video, Harvey could be seen pulling up to the driveway where the woman's vehicle was parked. He walked up to the car and began banging on the window, before he was seen pulling at the car door and ripping off the handle, which he threw back at the car.

The woman was seeking reimbursement for lost time at work while getting her vehicle fixed, in addition to the cost of repairing her vehicle.

"I explained that restitution is to make someone whole for the damage that's been done to property," Cropp told the judge. "I'm not in a position to ask for a required restitution for time off work, and I apologize for that. I understand that it's upsetting, but I'm just not able to do that."

Starnes said he rarely denies a plea agreement but was making an exception in this instance.

"In this particular case, this is too egregious," he said. "Keep working on it."

After the incident, Chattanooga police announced they were looking for Harvey. However, he had checked himself into a psychiatric institution for treatment and was transferred from Chattanooga to Memphis for its duration, according to a statement previously made to the Chattanooga Times Free Press by his attorney.

On Sept. 2, Harvey turned himself in to the Hamilton County Sheriff's Office and was booked into the Silverdale Detention Center without incident. Harvey, who is free on $6,000 bond, appeared at court for the hearing on Thursday accompanied by his wife, Amanda Harvey.

Grisham told the court on Thursday that his client was diagnosed with post-traumatic stress disorder as well as Crohn's disease -- a type of inflammatory bowel disease that causes swelling in the digestive tract, according to the Mayo Clinic -- and bipolar disorder at the age of 18, as well as being diagnosed with several other mental and physical conditions.

"If he has all these problems, then why is he driving?" Starnes asked. "What would he have done if she had a gun and shot him dead?"

Video of the incident spread widely on social media.

"We have had death threats at my house," Amanda Harvey said. "He admits he was 100% wrong, but I don't appreciate the death threats.

"We've been harassed at home," Amanda Harvey said. "Our neighbors have had to put up security cameras. They've had to buy more ammunition and guns because they're terrified. We just want this to be over and get on with our lives."

The day before the incident, Michael Harvey had received a poor medical diagnosis that put a lot of stress on him, he said.

The day of the incident, the victim's vehicle came close to Michael Harvey's vehicle, triggering the emergency brakes to activate in his car, causing it to ride off into the median, he said.

"He does not do well with stress," Grisham said. "It's very debilitating, and we don't get mad at people for having physical illnesses, but we get mad at people and think we can vilify them if they have mental diseases."

Harvey is due to appear in court for a preliminary hearing on Jan. 19.