Barille, the new director of Outdoor Chattanooga, says she and her husband, Michael, visited Chattanooga a few years ago and felt an immediate connection with the city's blend of urban and outdoor cultures.

"We were looking to get closer to family, and we were looking at a bunch of similar size cities," she says. "Chattanooga was not on our radar. ... But we came for a visit, and within a weekend we were sold."

In October, Barille took over responsibilities for leading the city of Chattanooga's nearly 20-year-old department devoted to promoting outdoor living.

Barille, who moved here from Park City, Utah, three years ago, says her priorities include expanding adaptive outdoor opportunities for people with disabilities and generally encouraging more people to get involved in activities such as hiking and paddling.

Before moving to Chattanooga, Barille was CEO of the National Abilities Center in Utah, which specializes in adaptive education for people with disabilities.

In Utah, where skiing is king, Barille says they had a saying: "Old slope, new skills." It's that kind of re-imagining of existing resources that she says is key to growing the outdoors community in Chattanooga. For example, introducing kayaking to an urban population might include simply bringing the equipment to a community center where people can sample sitting in a boat (on dry land) or hold a paddle in their hands.

"So often we tell the story of somebody pushing their limits down the hill, getting muddy and dirty, and we don't tell about the bold moves of people and their first paddling (experience), or their first hike," Barille says. "I want to tell stories of those people in our community."

Most of her career has been spent in nonprofit management, Barille says. Before taking the city job she was executive director for the Eastern region of Conservation Legacy, a land-preservation group. She says her life can be divided into geographical chunks having spent a decade in the Northeast United States, a decade in the Northwest and a decade in the Rocky Mountain region.

The mother of a 4-year-old son, Nicholas, Barille says Chattanooga seems like a good place to put down roots. Perhaps for a decade or so if her life pattern holds. Three years into their relocation to Chattanooga, Barille says her family is still exploring the city.

"We spent the greater part of those three years during COVID exploring trails," she says. "After that pretty intense period of outdoor time, there are still places in Chattanooga I'm discovering."

Barille says Chattanooga Mayor Tim Kelly is committed to preserving and even expanding the scope of Outdoor Chattanooga, which was established by former Mayor Bob Corker in 2004 as a division of Chattanooga's Parks and Outdoors Department. 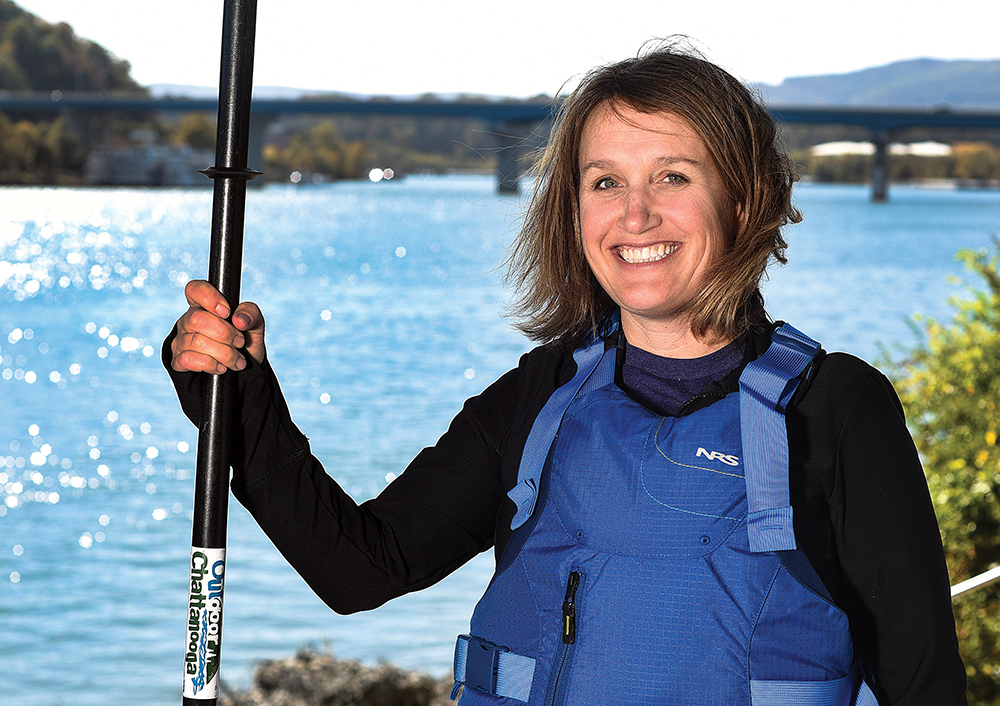