In the 1960s, the Town House Hotel and Restaurant on Georgia Avenue in downtown Chattanooga was an inviting destination for visitors to the city.

Today, this building is known as One Central Plaza, home to a SmartBank branch. But for a swath of the 20th century it was a midtown hotel -- first the Hotel Key and later the Town House Hotel.

According to newspaper records, the building at 831 Georgia Ave. was completed in 1931 and opened originally as the Hotel Key. A report in late 1930 noted the Hotel Key, then still under construction, had seven stories and 96 rooms. It was built by developer Z.C. Patten at a cost of $275,000, the equivalent of about $5 million in 2022.

The hotel was reportedly named in memory of Judge David M. Key, the father of two prominent Chattanoogans, Commodore Key and Chancellor Summerfield A. Key.

The Hotel Key was such an important Great Depression-era building that electrical and plumbing contractors who worked on the building purchased newspaper ads to herald its opening. Fowler Brothers, a local furniture store, reportedly furnished the lobby and hotel rooms at a cost of about $20,000.

The photograph accompanying this article was taken in December 1965 by a Chattanooga News-Free Press photographer and is archived at ChattanoogaHistory.com where all the photos in this series can be viewed.

In March 1963, the Hotel Key was purchased by B. Allen Casey Jr. and James C. Caldwell Jr. Casey went on to develop the Chattanooga Choo Choo hotel property in the 1970s.

Chattanooga's Lamp Post Group, a Chattanooga-based venture incubator, purchased the One Central Plaza property in 2014 for $3.5 million, according to a report in the Times Free Press.

Launched by history enthusiast Sam Hall in 2014, ChattanoogaHistory.com is maintained to present historical images in the highest resolution available. If you have photo negatives, glass plate negatives or original nondigital prints taken in the Chattanooga area, contact Sam Hall for information on how they may qualify to be digitized and preserved at no charge.

"Remember When, Chattanooga?" is published on Saturdays. Contact Mark Kennedy at mkennedy@timesfreepress.com or 423-757-6645. 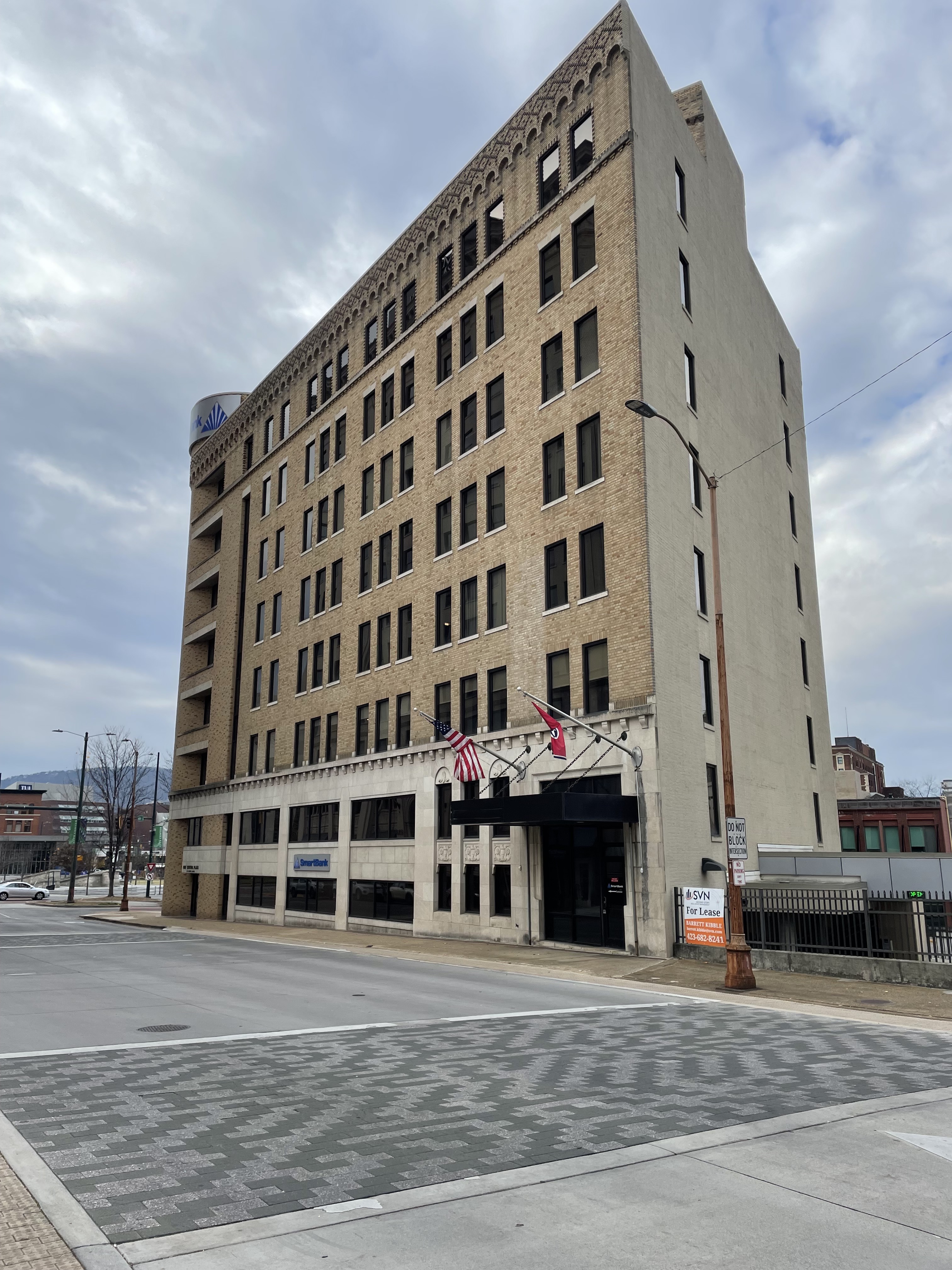 Staff photo by Mark Kennedy. One Central Plaza on Georgia Avenue was originally the Hotel Key and later the Town House Hotel. It now houses a branch of SmartBank.
Advertisement
Advertisement