Each family has its own unique Thanksgiving tra­dition, whether it's sleeping late then watching the Ma­cy's Thanksgiving Day Parade in PJs, or waking at the crack of dawn to begin preparing the afternoon feast. But other families, like the Ensigns, rise early for another reason.

Tim Ensign, 59, has been a runner since he was 12 years old. When he returned to Chattanooga after some time away, he says he was excited to make the annual Sportsbarn Turkey Trot part of his family's Thanksgiving Day tradition.

"My family has run the Turkey Trot every year since 2000," Ensign says.

His wife, Barbara, is also a runner. Together, they have five daughters that also have attended the race alongside their parents throughout the years. "[My daughters] are older now, but they'd always do the Kiddie-K," Ensign says. "My wife's family often comes down from New York -- they all do it. I've spent a lot in registration fees. But it's a great cause, so I don't mind."

Although running five miles may seem like an exhausting way to start your Thanksgiving, Ensign says the energetic atmosphere makes it the ideal start to his holiday.

"It's always a very celebratory atmosphere," he says. "It's one of my favorite days. Everybody's always in a good mood; everyone roots for each other. Everybody's happy."

And a little friendly competition can be fun, too.

In Ensign's years participating, he has managed to come in first place one time: 2007, when he beat his training buddy, Joseph Goetz -- a feat he's still proud of.

"He's 20 years younger than me. He thought he was going to win, but I beat him. I got first; he got second. That's the only time I've won it. He hasn't heard the end of it yet," Ensign laughs.

Competition has also brewed between Ensign's daughters. He recalls one year when his daughters were young children and one received a trophy, while the others did not. That day, a trip to Krispy Kreme stopped the crying, and that donut trip eventually became part of their family tradition, too. 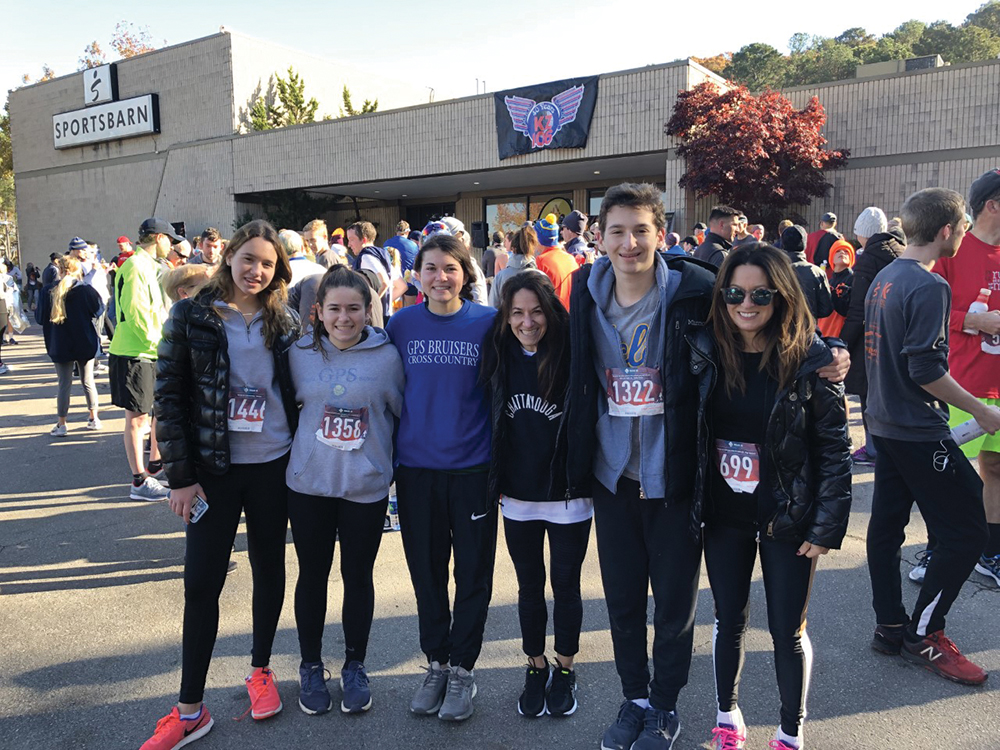 Photo contributed by Tim Ensign / For more than 20 years, members of the Ensign family have shown up to race on Thanksgiving morning.