The trucking industry is shifting gears as new technologies and a changing global order revamp how and where goods are shipped around the globe, industry leaders said Tuesday during the first day of a three-day convention in Chattanooga on the future of freight.

But for all the changes in the world economy and the logistics industry, freight leaders said their business is still built on relationships among the nearly 8 million Americans employed in some part of the trucking industry.

Coming out of the pandemic, Freightwaves CEO Craig Fuller said he was eager to re-establish those relationships and networking by putting on a business conference this week in his hometown that is unlike any other ever held in Chattanooga.

"After COVID, everybody is anxious to get out to reconnect and network with others in the industry, so we decided to try to build on that by bringing the industry together in Chattanooga incorporating a festival-like environment," Fuller said Tuesday morning during a welcome speech to nearly 2,000 logistics leaders gathered in Chattanooga this week for "F3 - a Freight Futures Festival."

Fuller said he was inspired by what the South by Southwest festival does for the tech industry in Austin, Texas, and what Salesforce's three-day Dreamforce in San Francisco has become.

"The entire city (of Chattanooga) is a blend of active entertainment and networking this week," Fuller said. 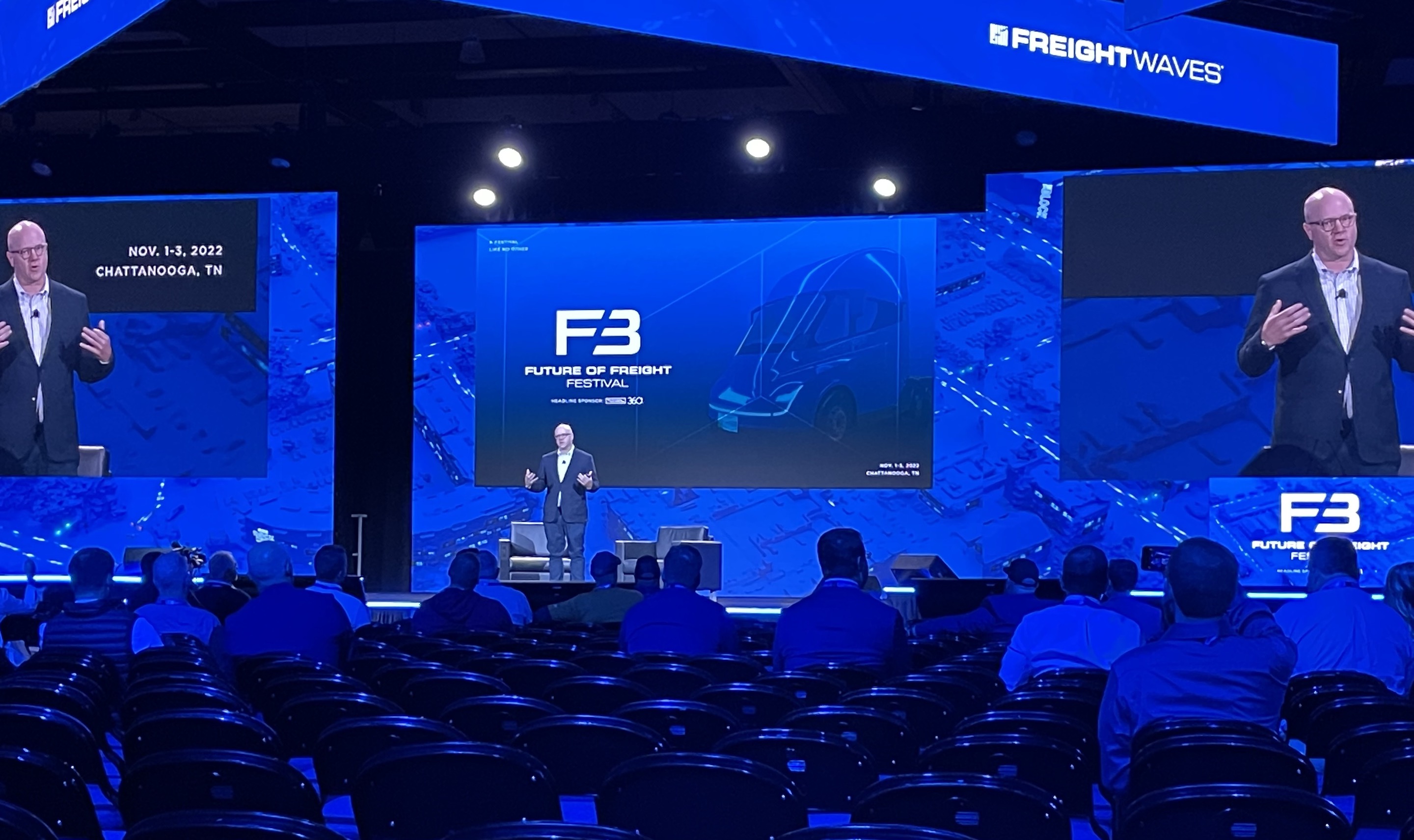 Freightwaves has not only rented the entire Chattanooga Convention Center, but also the First Horizon Pavilion and Coolidge Park for a variety of seminars, speeches, luncheons and and musical concerts this week. This week's festival features entertainment and music from such artists as the Yacht Rock Revue, Pat Green, Larry Fleet and the Eli Young Band.

Freightwaves has sponsored some of the biggest in-person events for the trucking and logistics industry across the country since the Chattanooga-based media and information provider launched its conferences in 2018. But Freightwaves has not previously conducted one of its major events in its hometown.

"This isn't going to be just another freight conference," Fuller said last month in discussing the three-day event. "It will be an outdoor and indoor festival, with music and entertainment throughout the experience."

The Chattanooga Tourism Co. projects the Future of Freight Festival will pump more than $5.2 million into the local economy during the event, and Fuller said he hopes the connections and innovations spurred by the conference will ultimately be worth far more.

Fuller, who calls Chattanooga the Silicon Valley for the logistics industry, said he is hoping to showcase Chattanooga as a growing transportation hub and home of dozens of trucking, freight brokerage and logistics technology and support companies.

This week's conference comes as the global shortage of ocean freight ships that caused supply chain problems over the past couple of years appears to be easing somewhat. In his presentation for the Freight Futures Festival, author Peter Zeihan said he expects demand for ocean freight shipments will continue to decline as the United States "reshores" more key industries by bringing more manufacturing back to the U.S. from overseas in response to what Zeihan predicts will be a decline in global trade.

Zeihan is author of "The End of the World is Just the Beginning; Mapping the Collapse of Globalization" and argues that demographic, security and economic challenges around the globe are likely to reverse the outsourcing trend from America that has led many U.S. companies to import their supplies and goods from other countries. Zeihan said bringing such production back to the U.S. will take time and may keep inflation high for the next decade as new production capacity is built in the U.S. and labor shortages linger. But the security of America and its standard of living depends on making such a change, according to Zeihan.

"We need to rapidly come to the conclusion in this country that we need to double the size of our industrial plant," he said. "That's a wildly different shipping industry because we're talking about the end of transoceanic shipping, either because of security or because the Chinese and Germans are vanishing from the face of the Earth (due to demographic population declines)."

Technology and artificial intelligence may help the U.S. make the transition. But in the highly fragmented trucking and shipping industry, industry leaders said Tuesday that more transparency and technologies are still needed to improve the efficiency of driving and shipments. A recent Freightwaves study found the typical truck driver is on the road only 6.37 hours a day, well below the 11-hour limit allowed under federal law, even after the shipping industry has spent billions of dollars on new technologies over the past decade.

"We still have our work cut out for us as an industry," Spencer Frazier, executive vice president of sales and marketing at J.B. Hunt Transport Services, told the Freightwaves conference.