SOUTH PITTSBURG, Tenn. — Three rows of wooden lockers fill the main area of the field house at South Pittsburg High School, each decorated with spirit signs and bags of candy from well-wishing cheerleaders, along with helmets and cleats neatly placed in their assigned spaces.

Hanging inside the second locker of the middle row are two unworn game jerseys — the home black and road white, each emblazoned with an orange No. 11 — which serve as silent reminders that, regardless of how far the town's beloved team advances in this season's TSSAA Class 1A playoffs, the Pirates football family is not whole.

The jerseys would have been worn by receiver and defensive back Jailyn Pellam, a rising junior who was killed in an early morning car crash on June 6, along with three friends and former SPHS athletes.

Five months later, the ripple effect from that tragedy continues to touch the lives of many in the small community, especially family, school friends and teammates.

"I'm still dealing with it. I'm still going through some stuff because of it," admitted Pirates junior Racash Kelly, who had been best friends with Pellam since they were 3 years old. "It's hard to focus sometimes because I just miss him. 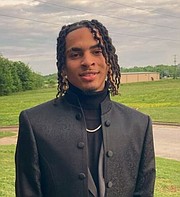 "Our moms are best friends, so we grew up together and hung out together every day. Like every single day. Everything reminds me of him now. I listen to our favorite song before every game and just try to play my hardest for him."

The fourth-ranked Pirates (9-2) host No. 10 Gordonsville (8-3) in the second round of the playoffs Friday. It's a matchup of two teams very familiar with one another as this will be the schools' 17th postseason meeting. South Pittsburg has won 12 of the previous 16, including each of the past four seasons.

It was at this point last season the team hit its stride and went on to win the program's sixth state championship. Pellam started in the BlueCross Bowl title game and made a key tackle and pass breakup late to help his team rally from a 14-point deficit and beat McKenzie 24-21 at Chattanooga's Finley Stadium.

If the current Pirates can get back there next month, they'll have a chance to become the program's first repeat state champions.

"I don't think we've hit our full potential yet, but we're working to do that to honor him," said senior receiver Nas Starkey, who raises his arms skyward and extends both index fingers to honor his friend after any big play. "He was the hardest worker of all of us. Everything he did was 100%, so you were going to get better if you were around him.

"For a long time I kept thinking we would see his face coming back through the door and hear him laughing again. Whenever we hang out as a team now, we always reminisce about him, and that's why I hold up those two ones and point to the sky. That's for him." 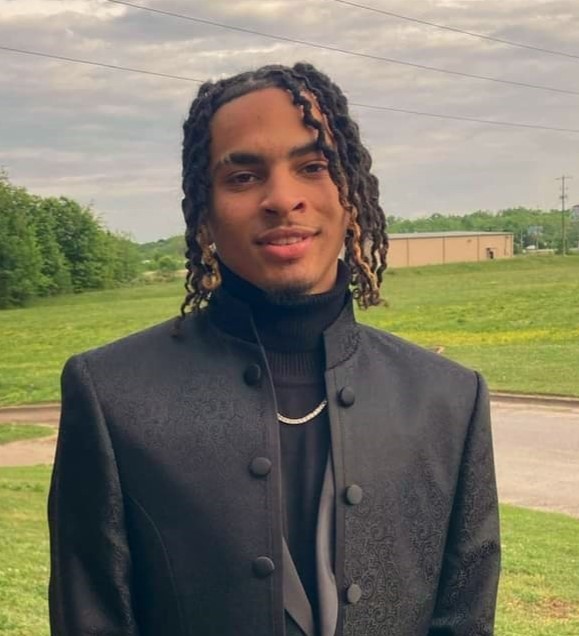 Contributed photo / Jailyn Pellam, who was killed in a car crash on June 6, would have been a junior this fall at South Pittsburg High School, where he played football for the Pirates.

On the evening of the accident, the community came together for a candlelight vigil at Beene Stadium. The somber setting began at dusk, and mourners quickly filled the home stands and spilled over onto the track.

"It was a weird feeling coming to the stadium, a place so many people love coming to on a football Friday night, but nobody was looking forward to being there that night," Pirates coach Wes Stone said. "We lit up the scoreboard with the numbers of all four kids we had lost, and after that there were a lot of people around town who just wanted to do things for our kids to show them they cared.

"That's what makes this town and this program so special. One thing that came out of it is that it inspired the team to rally around each other."

Players were given shirts to wear under their pads with Pellam's initials as well as a commemorative helmet sticker, and the coaching staff added a memorial logo on the side of their caps.

After each game, the coach washes the No. 11 jersey along with the rest of the team's.

"Jailyn was just one of my guys. I had coached him in baseball since he was 6, and he was just a real special kid," Stone said. "He had worked himself into a spot this spring where he was going to be a starter on both sides of the ball for us because he was one of the most electric players we had. He was going to make everybody take notice of him this season.

"I can tell that our kids still aren't over it. I'm not either. The last day I saw him, we were leaving after workouts, and when JP walked past me, he said, 'Love you, Coach.' I think about that a lot. We all miss him, but knowing how hard he worked and the effort he gave out on that field, I believe the best way we can honor him now is to play with that same fire on every play."