Early this year, Katherine Hesler, an archaeology doctorate student at Lipscomb University in Nashville, came home to Chattanooga to get her wisdom teeth out. While still recovering, she got an unexpected phone call.

Remember that one ivory hair comb you helped find on a dig in Israel, back in 2016, asked her old Southern Adventist University archaeology professor, Michael Hasel. A researcher, he told Hesler, had found an interesting inscription on it.

They didn't know it yet, but that inscription, according to a peer-reviewed paper published Wednesday, turned out to be among the oldest complete sentences ever found in the Canaanite writing system, which birthed the modern alphabet.

A rising junior, Hesler, who spoke with the Chattanooga Times Free Press by phone, had already worked multiple archaeological digs in the Near East with Southern Adventist University staff and fellow students when in 2016 she became a "square supervisor" -- responsible for overseeing a small excavation team in square Od25 on the modern site of ancient Lachish.

Now a few miles from a major highway, amid grape vineyards in Israel, Lachish was in Old Testament times a major city between the civilizations in modern Egypt and Iraq, Hasel said by phone Friday.

Beginning in 2013, Hasel helped direct excavations at the site, aimed at settling questions of chronology and better understanding the ancient people who dwelled there, of whom there is little textual account outside the Bible.

Excavators proceeded slowly, working their way down to different depths of the earth, whose contents generally corresponded to different eras in the history of the apparently oft-beleaguered city.

In the summer of 2016, Hasel and a team of dozens of volunteers and experts, largely from Southern Adventist University, prepared the site for another excavation season, removing the geotextile they'd covered the site with in the previous season and heading into their assigned zones and squares.

They began digging. Soon, Hesler's team found a strange squared-off object caked in dirt. Team members determined it was a bone. They placed it with other bones, to be examined shortly after by a zooarchaeologist.

According to Hesler, that researcher quickly came out to the site, excited to show her that, in fact, the object, the comb, which then appeared to be some kind of multi-tool, was made of ivory. That was a rare material on a dig where old pottery and arrowheads formed much of the daily haul.

Thus, the new season of excavation was inaugurated, featuring all the complex production logistics of a movie set. Rise at 4:30 a.m. Light breakfast. Bus to the site and arrive around sunrise. Carefully dig and investigate and collect meticulous data. Then another breakfast. Then more digging. Then a watermelon break, etc.

Excavations are by their nature "destructive," Hasel said. Once a zone has been unearthed, the context that helps make meaning of its contents is destroyed forever. It's thus essential to collect meticulous three-dimensional data that later researchers can consult when investigating objects.

As a square supervisor, collecting that data was part of Hesler's responsibility. 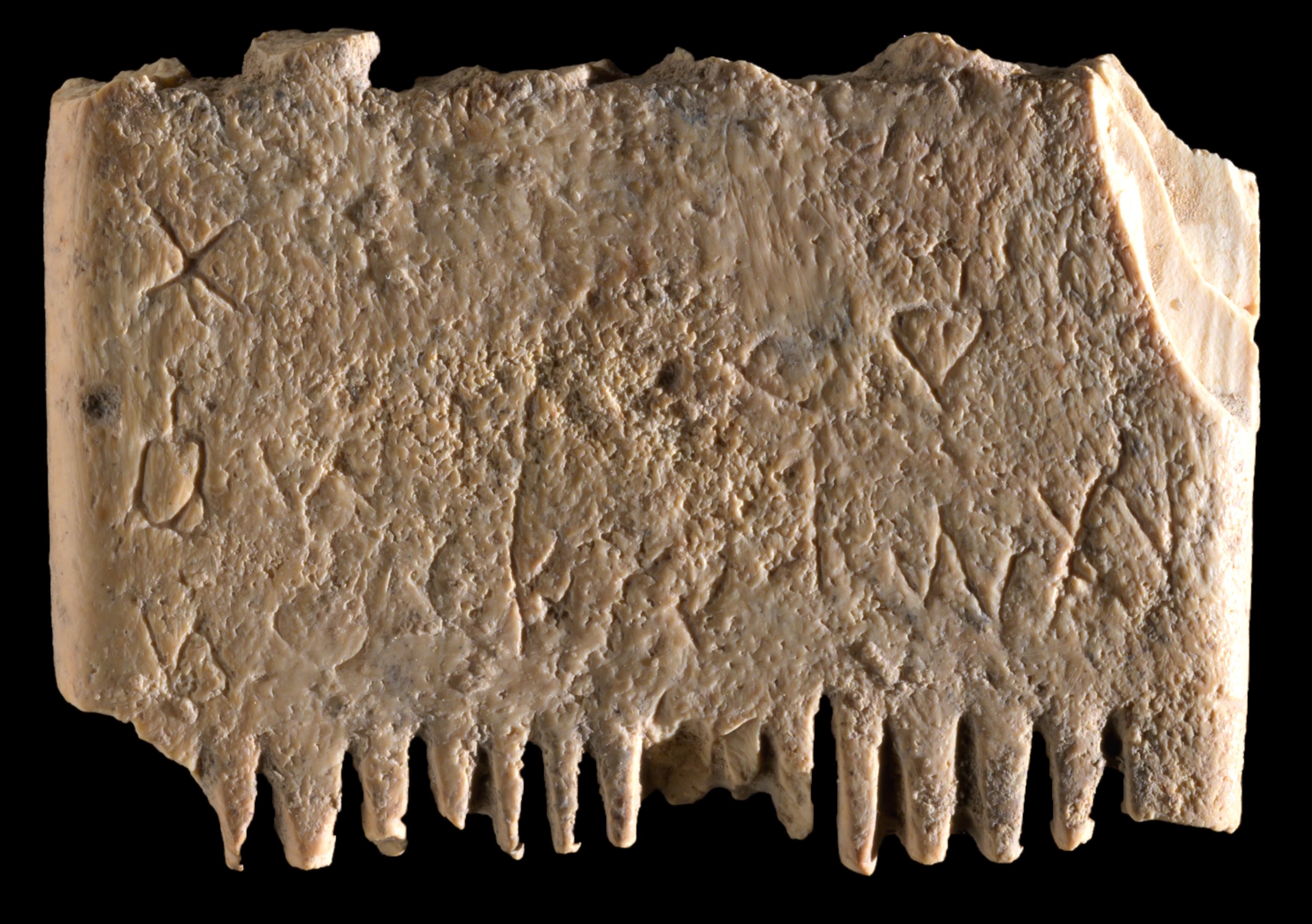 Back at camp, volunteers ate, took a siesta, then cleaned 3,000-year-old dirt off the day's haul, before leaving it with tags out to dry in the sun. Meanwhile, professional archaeologists like Hasel reviewed and cataloged, assembly line style, the previous day's by-then dried findings.

Hasel said getting funding and drumming up excitement around excavations themselves is not so hard. More difficult is retaining that support for the subsequent years studying the findings, which can comprise more than twice the duration of the excavation itself. For example, it could require 10 years of research to make sense of the roughly five-year excavation at Lachish, which ended in 2017.

The post-excavation period does sometimes allow for public displays. Some findings from the dig -- though not the comb -- will be displayed in an exhibition beginning in January at Southern Adventist University's Lynn H. Wood Archaeological Museum. The exhibit will be titled "Peace and War: The Assyrian Conquest of Lachish."

But most of the immediate aftermath of major excavations involves passing objects through the hands of all kinds of specialists.

Early this year, Madeleine Mumcuoglu, a biochemist pharmacologist at the Hebrew University of Jerusalem, scrutinized the comb in search of ancient lice residue, which she found, Hasel said.

One day, Mumcuoglu decided to take a picture of the comb – which is just a bit more than an inch long – on a table, and at that moment, she noticed an inscription, Hasel said.

She sent it to another researcher, Daniel Vainstub, of Ben Gurion University, to investigate the inscriptions. They called Hasel excitedly to ask about the context in which the comb was found.

Upon getting her own call from Hasel, Hesler, wisdom-teeth freshly removed, headed to Southern Adventist University to meet her old professor and piece together the data they collected on that dig 5 1/2 years earlier.

The comb, they determined, was found in an Iron Age context that was inconsistent with the markings. Researchers sent a sample of the comb for carbon dating, but the results came back inconclusive, an "extremely disappointing" development, Hasel said.

Still, he said, the details of the letters were consistent with other markings from around 1700 B.C., and researchers determined the comb had been deposited in the dirt long after its creation.

Vainstub scrutinized the markings and translated the 17 tiny letters on the comb. It read: "May this tusk root out the lice of the hair and the beard," according to the study published Wednesday in the Jerusalem Journal of Archaeology.

"We've never ever had a complete sentence like this," he said, of the ancient Canaanite alphabet, which was used in the written Hebrew associated with the first books of the Bible and is a precursor to the alphabet of languages around the world today.

Hesler, early in her career, said the comb's significance outweighs everything she's yet found. She said she loves archaeology for its connections to travel, other cultures and history. The practical realities of often data-heavy work can dim the spark. But she said the comb, in its everyday nature, threw her back into the world of its ancient owner.