NASHVILLE, Tenn. (AP) — The Tennessee Titans keep swapping bodies in and out on defense, using 24 different starters alone midway through the season.

The way Tennessee is playing, someone will be ready.

The Titans (6-3) lead the NFL in third down defense, allowing 27.9% conversions on 34 of 122 chances. They rank second against the run, allowing 85.1 yards per game. They've been even better since Week 2, giving up an average of 61 yards per game.

“Their linebackers are very aggressive, fill hard, very instinctual," Stenavich said. “Their safeties play in the box really hard as well, so they do a good job stopping the run and you can tell that’s a big priority for them.”

The Titans also improved to eighth in fewest points allowed at 18.7 points a game. Tennessee has held its past seven opponents to 22 points or fewer, including just 10 in three of the past four games.

The Titans did it again in a 17-10 win over Denver and Russell Wilson despite missing five defensive starters before kickoff. They lost three more defenders to injuries during the game. Jeffery Simmons, a 2021 Pro Bowl defensive lineman, watched the game from home resting his sprained left ankle.

Simmons noted the Titans have dealt with a bunch of injuries over the past two years. They set an NFL record in using 91 different players last season, most in a non-strike season, in winning the AFC's No. 1 seed. They lead the AFC South despite having 14 on injured reserve. 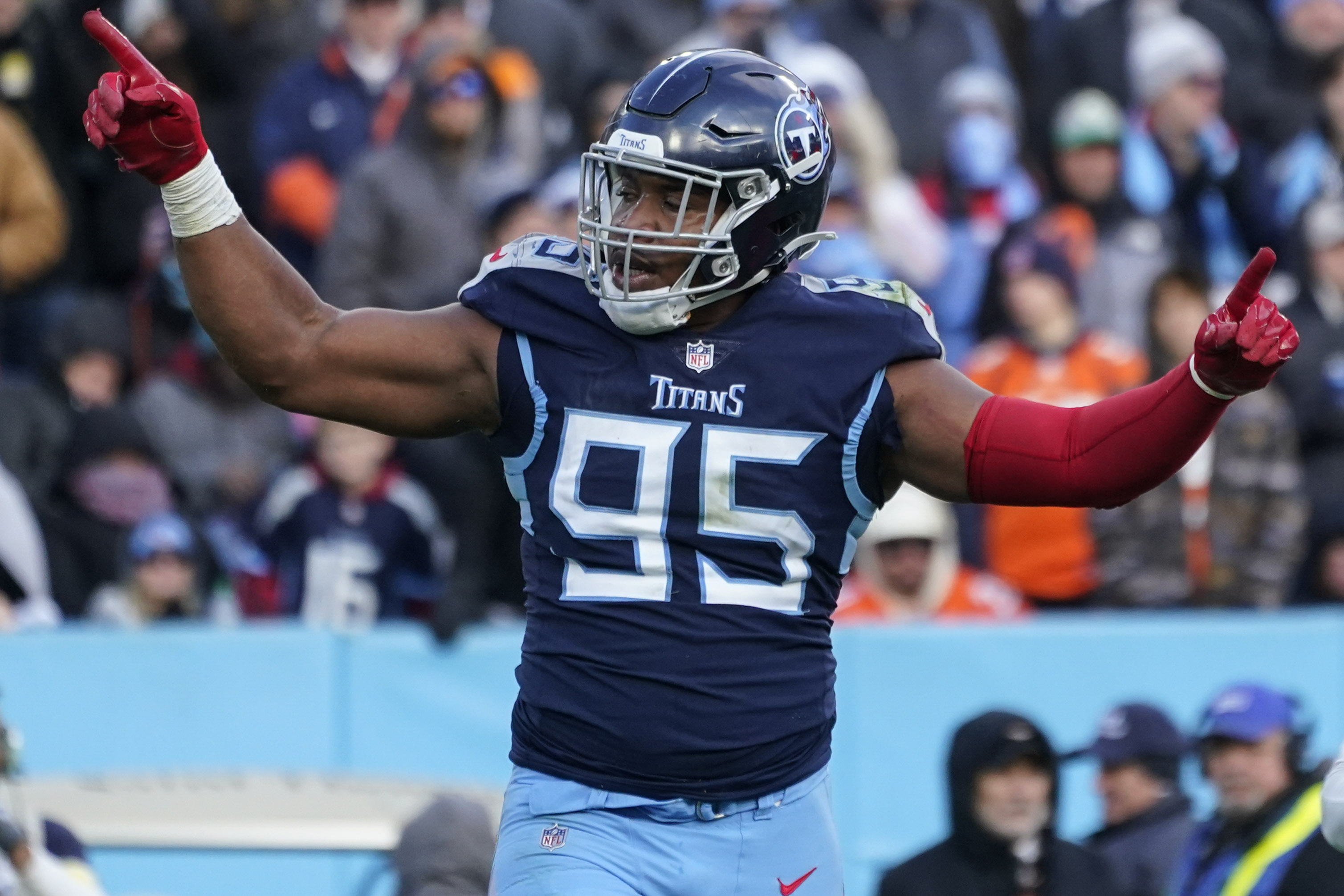 “Adversity hit, we don't fold out,” said Simmons, who is hoping to play Thursday night. “I think that’s kind of the motto and kind of I guess the way Vrabes try to build this team on next man up mentality and guys just being able to come in and step up.”

The coach said this group plays extremely hard and has figured out how to get stops even after giving up big plays. They're getting turnovers and are allowing fewer explosive plays that plagued them early.

“It's cool to see them take advantage of them and then hopefully earn more opportunities and be ready to go if we need them,” Vrabel said.

Even with all the replacements, the Titans had six sacks last week — most in a regular-season game under Vrabel. Their 16 sacks combined in their past four games lead the NFL in that span.

The defense also has the NFL's longest active streak, and the longest in franchise history since 1979, with six consecutive games with three or more sacks. Denico Autry leads the team with seven, and DeMarcus Walker, an offseason signee, has had at least a sack in three straight games.

They ended the game on Terrance Mitchell's interception, the seventh straight game with a pick for the franchise's longest streak since having eight such games in 2010. Only the Patriots have a longer active streak this season at eight consecutive games.

“Guys are just buying into what we're doing first and foremost,” Byard said. “Just playing hard is just the bare minimum, and I think we're getting better with the details.”

NOTES: The Titans made a slew of personnel moves Tuesday. That included placing CB Caleb Farley, their 2021 first-round draft pick, on injured reserve with a back issue. With K Randy Bullock on the injury report with a right calf issue and not practicing Tuesday, they signed Josh Lambo to the practice squad. ... C Ben Jones (concussion) did not practice for a second straight day. ... They also signed DL Larrell Murchison and LB Joe Schobert to the active roster. DBs Greg Mabin and Davontae Harris and LB Andre Smith signed with the practice squad. 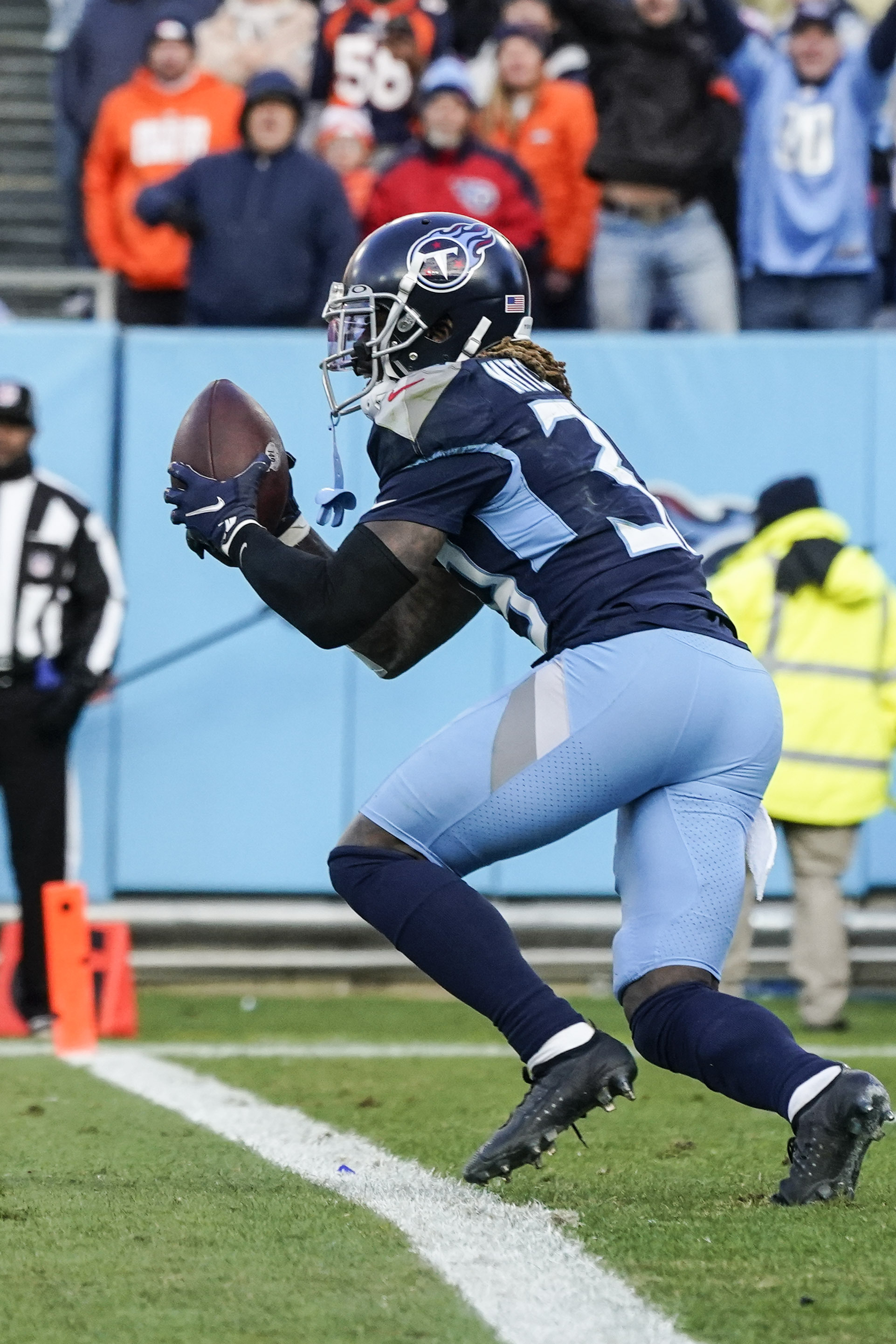