With two weeks left in the regular season, six teams remain alive for the second spot in the Big 12 championship game and others are still trying to become bowl-eligible.

Based on how the season has played out so far, it’s likely many of these final games will be close.

The average winning margin in Big 12 games is 13.5 points, lowest among the Power Five conferences.

In 27 of the 35 conference games, the margin at some point in the fourth quarter was one score (8 points or less), according to Sportradar. Fifteen of those 27 games ended up decided by one score.

TCU coach Sonny Dykes points to high-level coaching and recruiting across the board as reasons for the competitiveness.

“There's just no layups," Dykes said. “Some people have the good fortune of being in leagues where the season starts and they go, ‘Well, we’re going to (win) these six games, then these three games are going to be tough.’ Well, that doesn’t happen in the Big 12.”

Dykes also said teams near or at the bottom of the standings have continued to play hard. Among them is West Virginia, which forced out athletic director Shane Lyons this week largely because of its struggles in a season that began with a one-score nonconference loss to Pittsburgh and has seen an overtime loss to Kansas before last week's win over Oklahoma on a game-ending field goal.

"We’re going to continue to fight and get better and win as many games as possible, and do it the right way, like he would want,” coach Neal Brown said.

Oklahoma, tied with the Mountaineers for eighth place, has lost its last two games by a total of four points, which brought home the nature of the season to coach Brent Venables.

“It will punish you for mistakes, a lack of technique, bad timing, a lack of precision,” he said, “but it will reward you when you do things the right way.”

The Horned Frogs beat Texas 17-10 last week to clinch its spot in the Dec. 3 Big 12 title game in Arlington, Texas. They have prevailed in six conference games that had one-score margins in the fourth quarter and are firmly in the mix for the College Football Playoff.

“If you're going to get on the kind of run that we’re on and you’re going to play as many close games as we've played,” Dykes said, "then you’re going to have to figure out different ways to win them.” 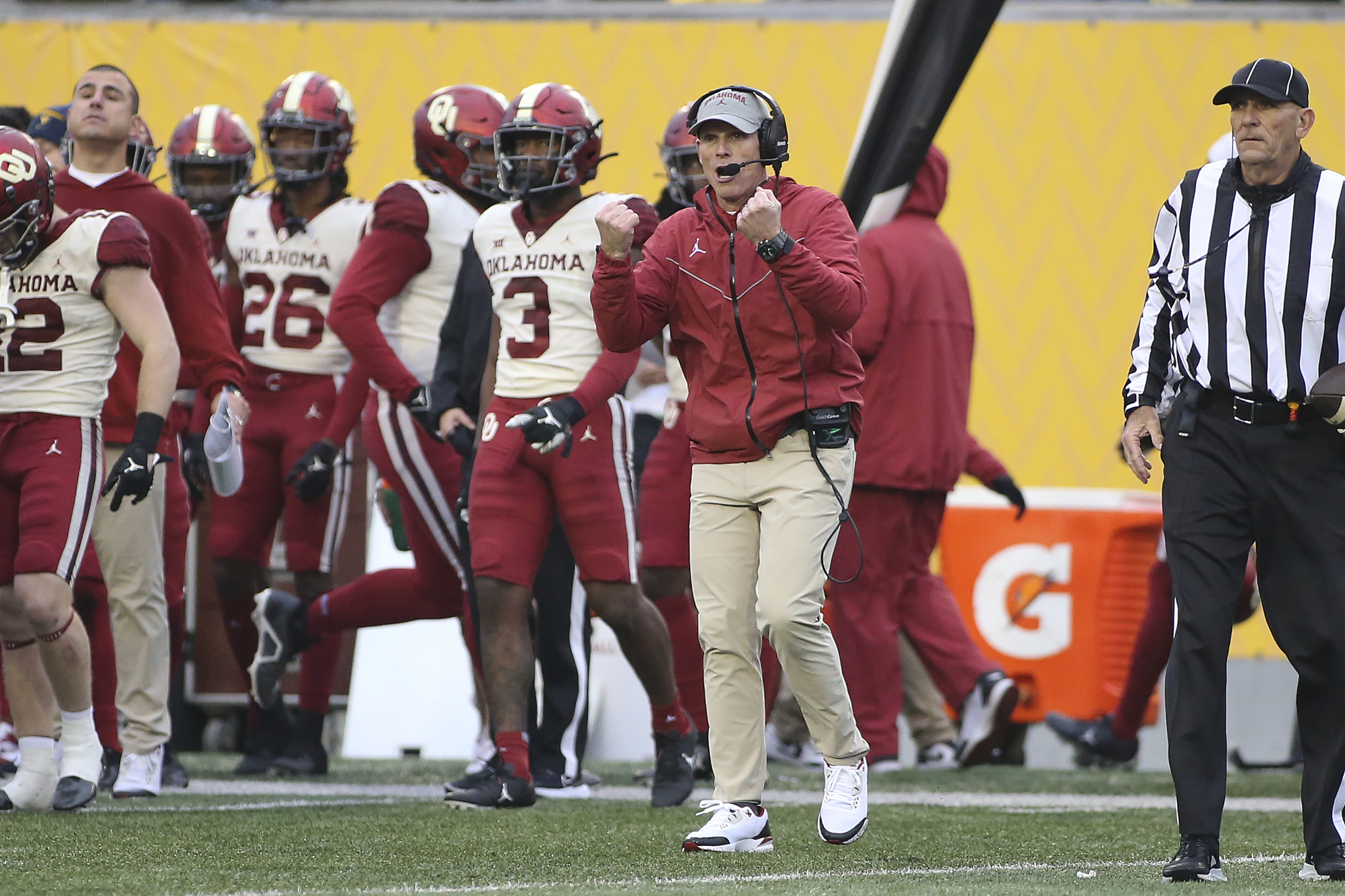 No. 19 Kansas State (7-3, 5-2) has the inside track and would clinch on Saturday if it wins at West Virginia and Texas loses at Kansas. If that scenario does not unfold, the race would be decided the following weekend.

K-State is 3-2 in Big 12 games that had one-score margins in the fourth quarter. Texas is 2-3 in such games.

The Big 12 already has six teams that have reached the minimum of six overall wins to be qualified to play in a bowl. Texas Tech and Oklahoma each need one more win to become eligible, and West Virginia and Iowa State would need to win out.

Iowa State (4-6, 1-6) has been the team with the hardest luck in close games. The Cyclones opened conference play with four losses by a total of 14 points. All seven of their Big 12 games have had one-score margins in the fourth quarter, and they've lost six.

Coach Matt Campbell saluted his players' perseverance through so many tough losses.

“Ninety percent of the teams I’ve been around fold their tent,” Campbell said. “The next thing you know, you get blown out here, you get blown out there, but this team never has and it hasn’t because our seniors have held the standard."

Texas Tech visits Iowa State on Saturday for a cold-weather meeting of teams trying to get to bowls.

The Red Raiders wouldn't have gotten to the Liberty Bowl last season if it hadn't been for Jonathan Garibay's 62-yard field goal as time expired beat the Cyclones, 41-38.

Iowa State, attempting to extend its school-record bowl streak to six in a row, is the perfect illustration of there being no gimmes in the Big 12.

The Cyclones are in last place despite leading the conference in all four major defensive categories.

“This,” first-year Texas Tech coach Joey McGuire said, “is going to be a tight game.”