Rory McIlroy remains hopeful that the fractured state of golf between established tours and Saudi-funded LIV Golf can heal. He said Tuesday that probably won’t happen until two lawsuits are decided and Greg Norman is no longer involved in LIV Golf.

“I think Greg needs to go. I think he just needs to exit stage left,” McIlroy said at the DP World Tour Championship in Dubai. “He’s made his mark, but I think now is the right time to sort of say, ‘Look, you’ve got this thing off the ground, but no one is going to talk unless there’s an adult in the room that can actually try to mend fences.’

“But right now, it’s a stalemate because there can’t be any other way.”

The Daily Telegraph reported last week that Norman would be moving away from his role as commissioner and CEO and that LIV Golf was pursuing Mark King, who formerly ran TaylorMade and now is CEO of Taco Bell. Majed Al Sorour, CEO of the Saudi Golf Federation, denied the report.

LIV Golf is now the lead plaintiff in an antitrust lawsuit against the PGA Tour, with a trial date scheduled for January 2024 if it goes that far. Courts in the United Kingdom are expected to rule in February whether the European tour can punish players for joining LIV Golf.

It was the latest barb McIlroy has tossed at Norman, dating to McIlroy gleefully pointing out in his TV interview in June after he won the Canadian Open that he had more career PGA Tour wins than Norman.

What might have prompted the latest remark was Norman’s interview in Australia on Monday, during which it was announced that LIV Golf would be playing in Adelaide next April.

Norman was talking about the value competition brings to business and sport when he mentioned how PGA Tour players are benefiting from LIV Golf, primarily through a $100 million “Player Impact Program” that has doubled in size in response to the LIV threat.

The PGA Tour also has 12 elevated events starting next year that average $20 million in prize money.

McIlroy would beg to differ. 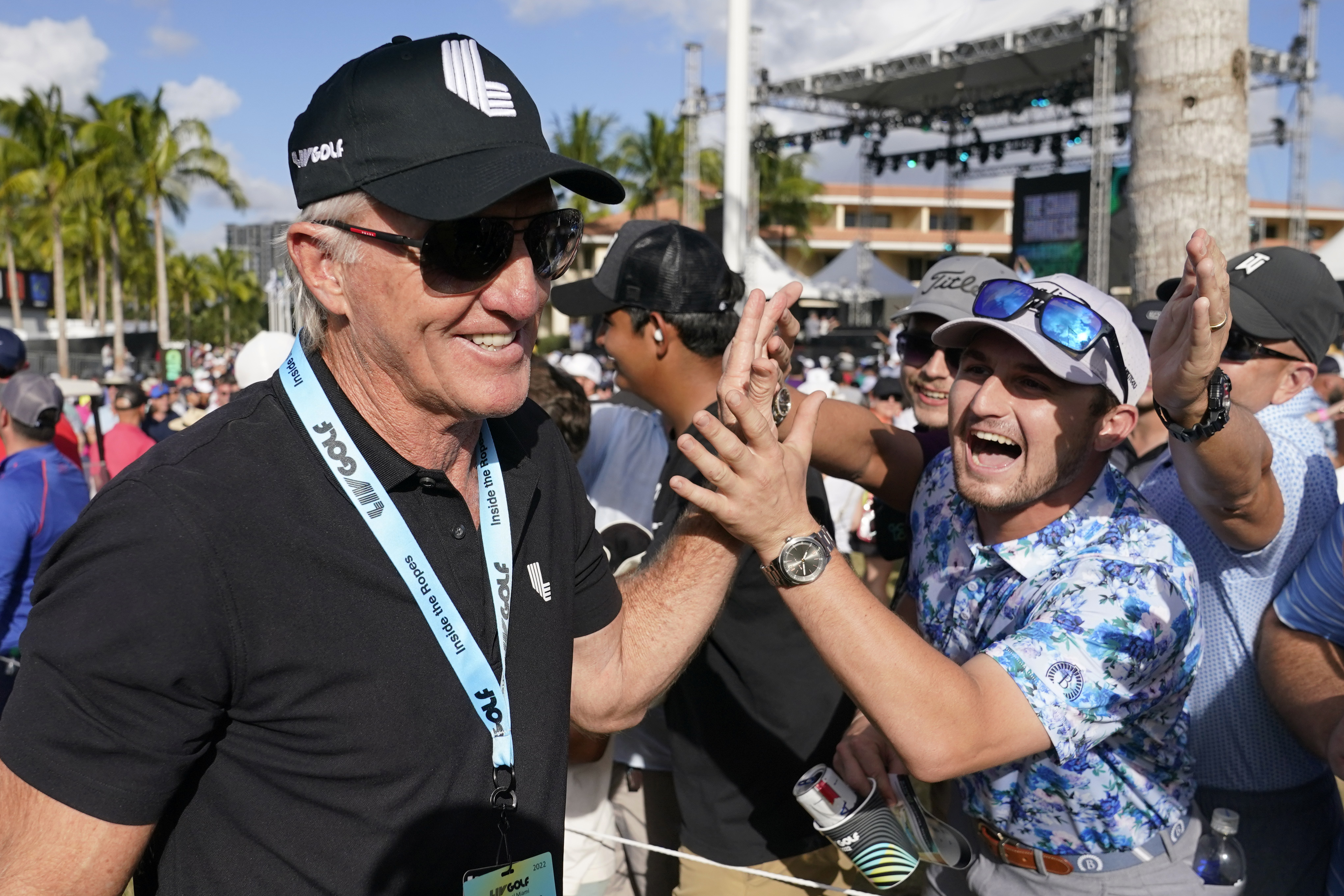