Howard School students are tired of eating lunch on the cafeteria floor. They're tired of being late to school every day. They're tired of not being able to use their lockers because of overcrowding issues -- and they want the Hamilton County Board of Education to take action.

Around 100 Howard students, teachers and staff attended Thursday night's school board meeting to protest conditions at the school. According to district data, the building's capacity is 854 students, yet there are nearly 1,600 enrolled, putting it 80% over capacity.

Clarissa Harris, a teacher at Howard, said there isn't enough space in the cafeteria for all the students to sit and eat.

"Our cafeteria is designed for 154 students. We're feeding twice that amount (during lunch periods)," Harris said in an interview. "My kids come back and tell me, 'I got through the line, and then I had to trash my food because it was time to go.'"

Tenear Bell, 16, attends Howard and echoed Harris. Bell said buses are often over capacity and sometimes have to skip over stops, drop off students and then come back.

"I'm late every day of the week," Bell said in an interview.

He added that he would like the school board to help fix the busing delays.

(READ MORE: Bus contractor fined $480,000 by Hamilton County Schools for service issues over the past year)

Hamilton County Schools officials said they are aware of the situation and plan to discuss possible rezoning options at an upcoming facilities meeting Nov. 28.

"We will be discussing ... the possibility of looking at some zoning issues as it relates to capacity and where we feel like we could meet those needs and so forth and so on," board member Karitsa Jones, D-Chattanooga, told attendees. "This will be an ongoing discussion."

"We've already met with (the) school administration at Howard," Robertson said in an interview. "We're putting some steps in place that will start addressing small pieces of it. For example, finding two additional rooms at Howard Connect (middle school), which is underutilized. We're looking at some off-site opportunities to provide maybe some morning and afternoon schools to reduce those numbers." 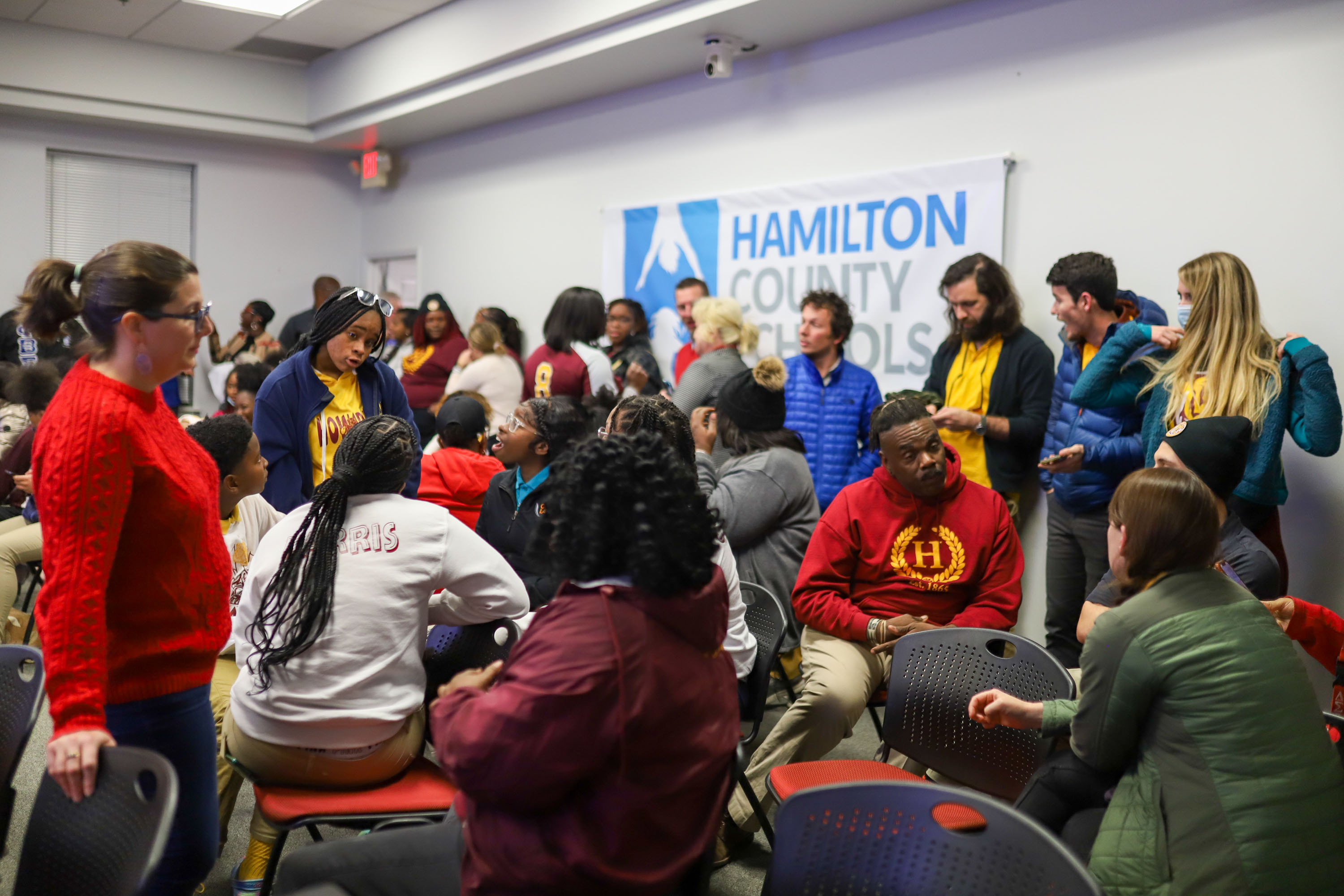 Robertson added that those were just Band-Aids to a much bigger problem.

Jenny Morgan, exceptional education department chair at Howard, said 50% of teachers have to share classrooms with another teacher.

"So, that means if I'm teaching a class and I have to go on my planning period, I have to leave my classroom or stay in there while another group of kids shares it," Morgan said in an interview.

Ninety-five percent of Howard's student population is Black or Hispanic, and 63% are economically disadvantaged.

"A lot of them come from poverty," Morgan said. "When the buses come in late, the kids don't have time to eat breakfast, or if they do, they're late for their academic classes."

She said she attended the board meeting in protest because she cares about students' rights.

"A lot of our kids, when you look at the numbers, our Hispanic population, they don't realize what they can stand up for," Morgan said. "And if they're undocumented, it's going to be very difficult for them to speak out. So, we have to do that for them."

The facilities planning meeting is open to the public and will take place at 5:30 p.m. Nov. 28 at 3074 Hickory Valley Road. 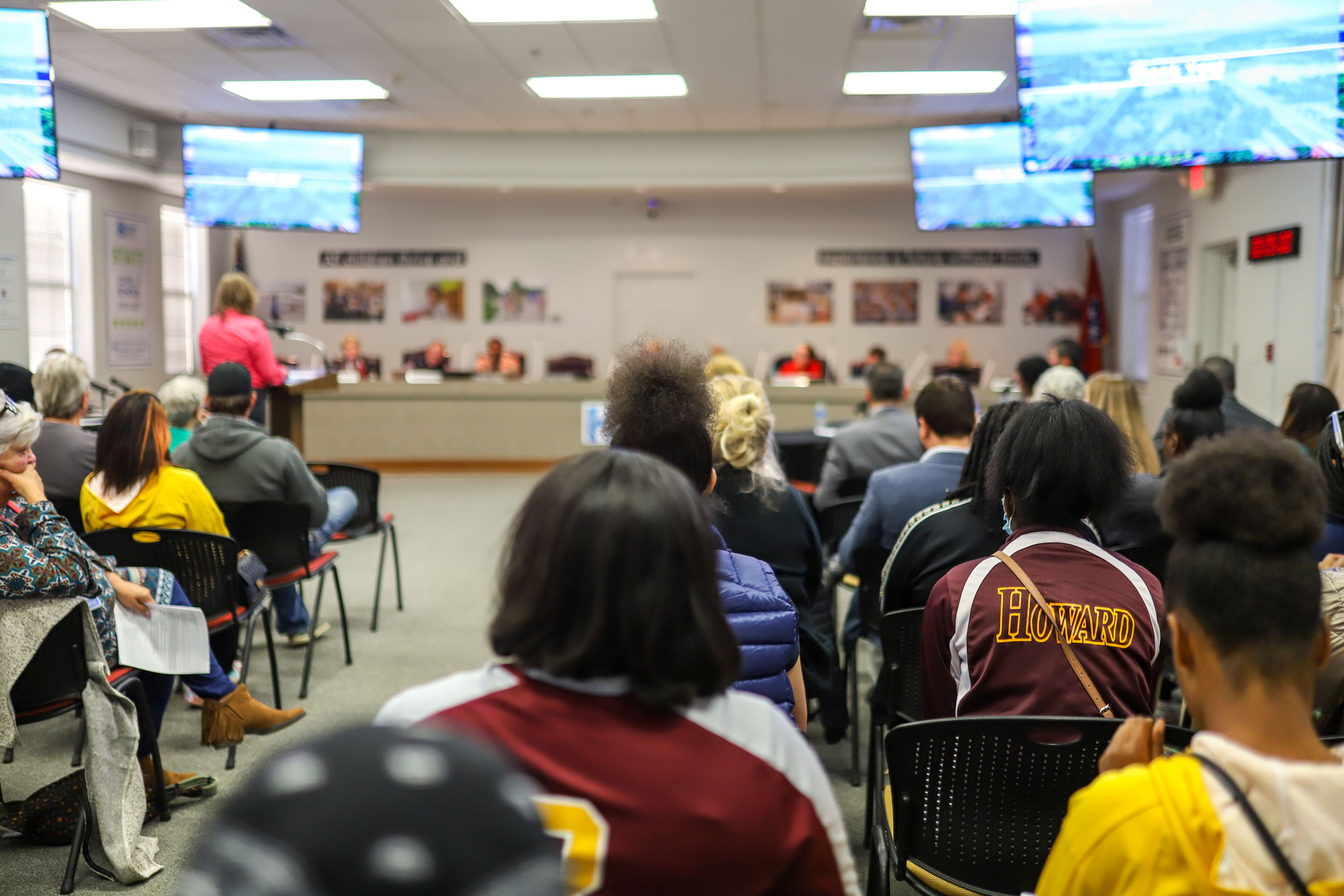