NEW YORK (AP) — Consumers holding out for big deals — and some much-needed relief from soaring costs on just about everything — may be disappointed as they head into the busiest shopping season of the year.

While retailers are advertising sales of 30%, 50% and 70% off everything from TVs to gadgets, many items will still cost more than they did last year because of inflation and finding a true bargain may prove to be a challenge.

From September through October, shoppers paid roughly 18% more for furniture and appliances than they did a year ago, according to a recent major data analysis by analytics company DataWeave, which tracks prices for hundreds of thousands of items across roughly three dozen retailers including Amazon and Target. For toys, they paid roughly 2% more.

“It’s just a weird time for everybody to figure out what is the right price, and what is the real price,” said Nikki Baird, vice president of strategy of Aptos, a retail technology firm. “Consumers are really bad at discount math, and retailers are fully aware of it and do everything they can to take advantage of it.”

William Wang, 24, who teaches high school math, says he's more likely to notice price increases on everyday items — like his quesadilla that now costs $8 at his local deli — than for gifts he's going to spend money on once a year.

“I do feel like everything’s more expensive,” said the Brooklyn, New York, resident. “But I mainly keep track of it with small items, like food.”

The latest government retail sales report shows retail sales rose last month even when adjusting for inflation. That underscores some resiliency among shoppers heading into the Black Friday weekend, the kickoff to the season.

But cracks are forming. 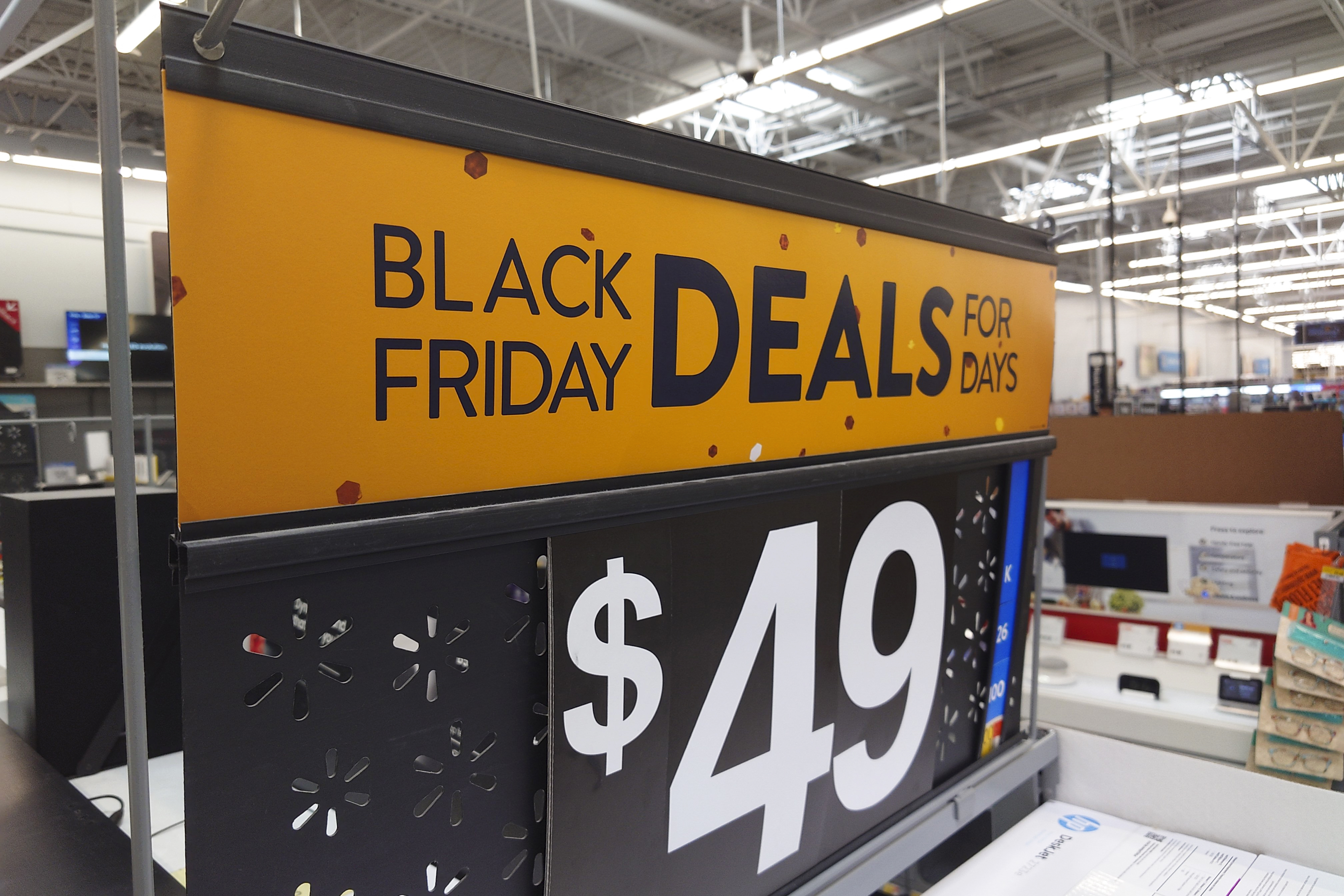 A "Black Friday" sign is posted at a retail location in Philadelphia, Monday, Nov. 21, 2022. Bargain hunting is back with full force heading into the holidays. But inflation is limiting how much of a deal consumers will be getting. (AP Photo/Matt Rourke)

Third-quarter earnings results from major retailers show shoppers aren't willing to pay full price and waiting for deals. Kohl's, Target and Macy's all noted Americans have also slowed their spending in the past few weeks.

It’s a dramatic change from last year’s holiday period when shoppers began their holiday items as early as October for fear they wouldn’t get what they needed amid pandemic-infused clogs in the supply chain. They were also flush with cash from government stimulus money. Retailers were struggling to bring in items so they didn’t need to discount as much.

Michael Liersch, head of advice and planning at Wells Fargo, said this holiday shopping season, it’s more likely that things will “appear discounted or feel discounted, or it will seem like there are big offers” but that between inflation and “shrinkflation” — when manufacturers quietly shrink package sizes without lowering the price — it’s often not the case.

That trend played out in a recent spot check by DataWeave of different items. For example, a Cuisinart two-speed blender, listed at $59.99 but discounted at 25%, was available for $44.99 at grocery chain Fred Meyer. But it was still more expensive than last year's blender, available for $39.99, after a 20% discount off a lower list price of $49.99.

Kevin Brasler, executive editor of Consumers' Checkbook, a nonprofit consumer organization, noted its researchers spent 33 weeks starting Feb. 9 tracking sale prices at 25 major retailers. They found most stores’ sale prices — even those that promote big savings — are bogus discounts, with retailers offering the same “sale price” more than half the time. In fact, at many retailers, the “regular price” or “list” price listed is seldom, if ever, what shoppers pay, Brasler said.

Still, inflation-battered shoppers like Yoki Hanley are willing to take their chances and hold out for a bargain. So far, she doesn’t feel like she’s getting good deals for her eight grandchildren and plans to delay her buying until the last week before Christmas.

“Everything went up so my little nest egg disappeared a whole lot quicker than I expected,” said the St. Croix resident. “I will wait until the last minute. They’ll get it, but it’s coming late.” 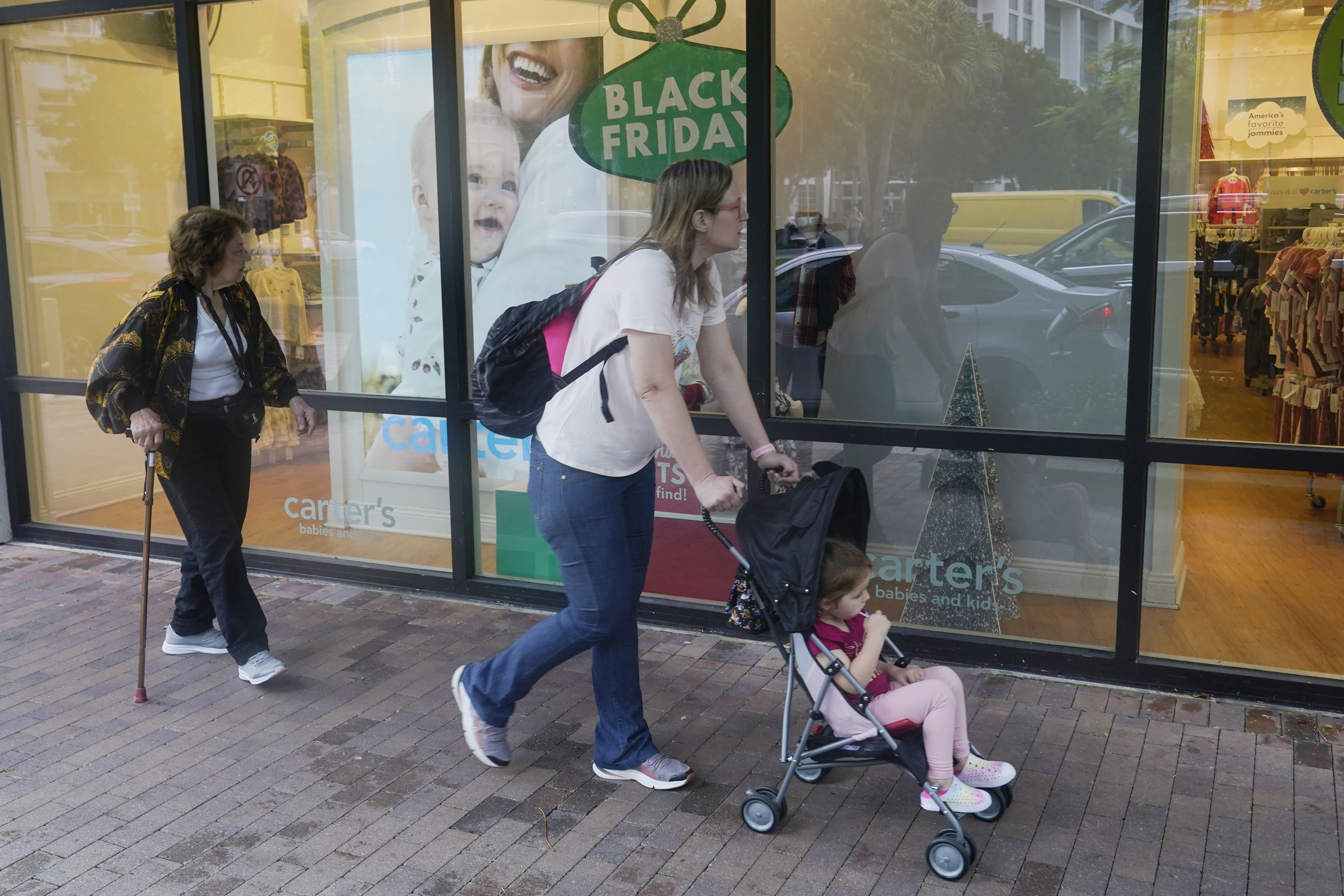 Shoppers looking for bargains walk by a Carter's children's clothing store, Monday, Nov. 21, 2022, in Miami, Fla. Bargain hunting is back with full force heading into the holidays. But inflation is limiting how much of a deal consumers will be getting. (AP Photo/Marta Lavandier)
Advertisement
Advertisement