NASHVILLE, Tenn. (AP) — The Tennessee Titans must work through some offensive issues to relieve the pressure on both two-time NFL rushing champ Derrick Henry and one of the league's stingiest defenses.

A team that has been one of the NFL's best under coach Mike Vrabel scoring touchdowns inside the red zone had to settle for field goals instead of TDs on three chances in a 20-16 loss to Cincinnati.

Worse, the Titans (7-4) have a much bigger problem.

Entering Monday, only six NFL teams score fewer points than Tennessee's average of 19 a game, and all six below the Titans all have losing records.

Luckily for Tennessee, two of those teams — Indianapolis and Houston — reside in the AFC South where the Titans still sit atop looking for a third straight division title.

“We know that we have to be much better in those opportunities, and we have been, there’s evidence for many years of us doing that this year, Last year," Vrabel said Monday.

"The only thing that matters is what we’re going to do against Philly moving forward.”

The Titans have to better counter opponents focused on shutting down Henry. Blocking better for both Henry and Ryan Tannehill would help.

“I would say the shots are there," said veteran wide receiver Robert Woods who caught two of six passes thrown to him. "I mean, we just got to click on them.”

The defense. Tennessee may have had only one sack against Cincinnati after taking down Joe Burrow nine times in their divisional playoff loss in January. But the Titans have not allowed an opponent to score more than 20 points in eight straight games, the franchise's longest such streak since 11 games in 1993.

The Titans snapped a franchise record at eight consecutive games without allowing 100 yards rushing to an opponent. The Bengals managed to get to 108 yards. 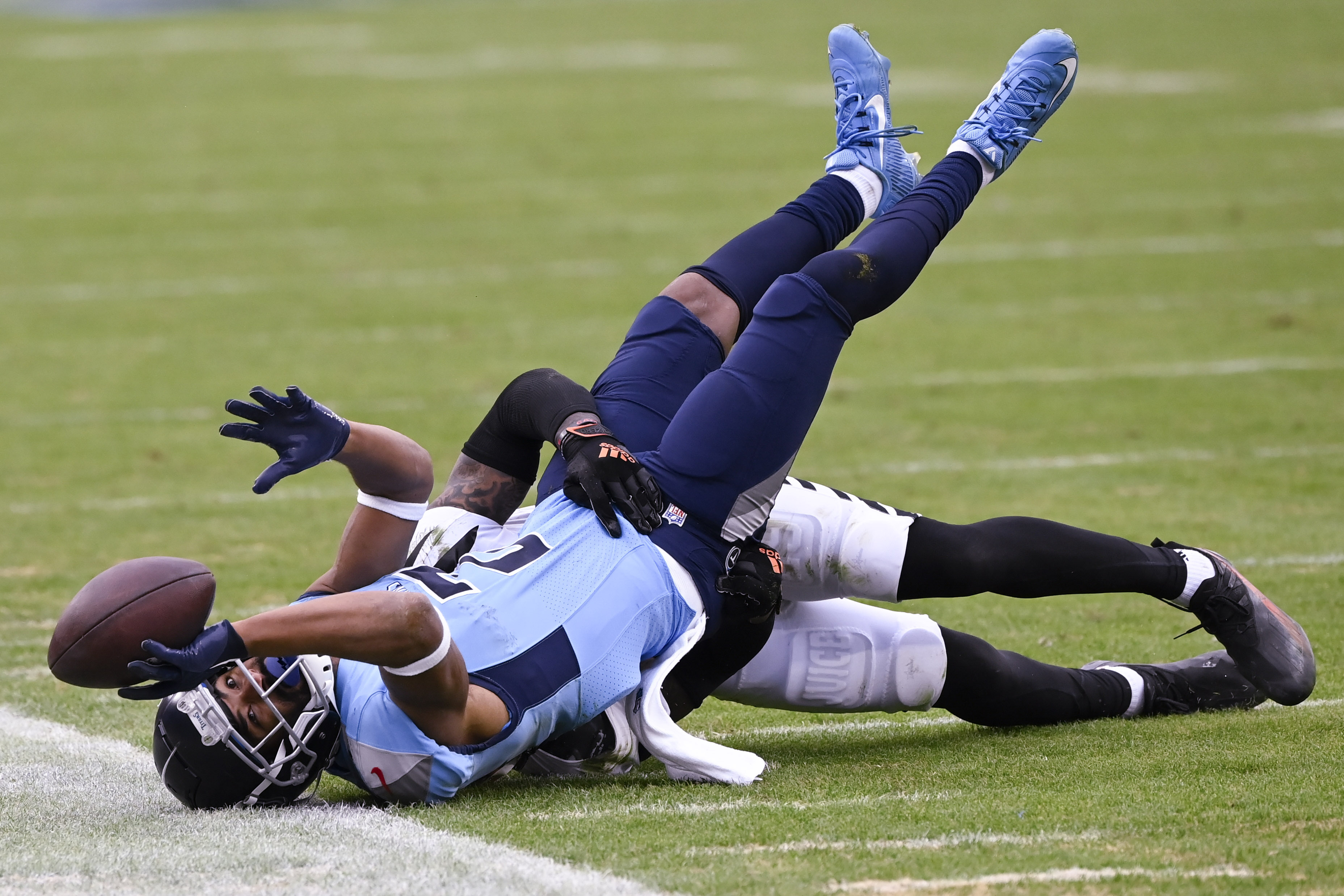 The offense. Their lone touchdown came off a fumble recovered in the end zone by rookie wide receiver Treylon Burks after Henry was stripped of the ball after a 69-yard catch-and-run.

Henry, the first running back in the NFL to reach 1,000 yards this season, was held to his second-lowest rushing total with 38 yards and a 2.2-yard average. He had the best receiving game of his career with 79 yards.

Ryan Tannehill completed passes to seven of the eight receivers he threw to, one a costly drop by tight end Geoff Swaim on Tennessee's first play inside the Cincinnati 20. Burks, who had the longest catch of the game at 51 yards to set up a tying field goal late in the third, was blocking on that play.

CB Tre Avery. Vrabel praised the undrafted rookie out of Rutgers for being “excellent” after being challenged six times by Cincinnati and allowing only one catch on 18 defensive snaps.

“He was probably the best of the group of corners and did everything that he could do with the snaps that he got,” Vrabel said.

Offensive coordinator Todd Downing. The Titans scored a season-high 27 points in their best offensive performance this season in a 27-17 win at Green Bay on Nov. 17. Downing was arrested hours later on charges of speeding and driving under the influence.

Downing continuing to work during the NFL's investigation and the pending legal process leaves the coordinator's play-calling, and the Titans, open to criticism.

C Ben Jones has missed two straight games trying to clear the concussion protocol. DL Denico Autry, the team sack leader, missed his first game with a knee injury that knocked him out of the win at Green Bay. Vrabel said they'll see if rookie WR Kyle Philips (hamstring) and OLB Ola Adeniyi can start practicing in an attempt to return from injured reserve.

Fix some mistakes and find a way to defend the run better. A unit that had been the NFL's best in winning seven of eight allowed a league-low 60.4 yards rushing in that span. Now the Titans visit the NFL's best team with Philadelphia (10-1) having just rushed for 363 yards in the Eagles' latest win. 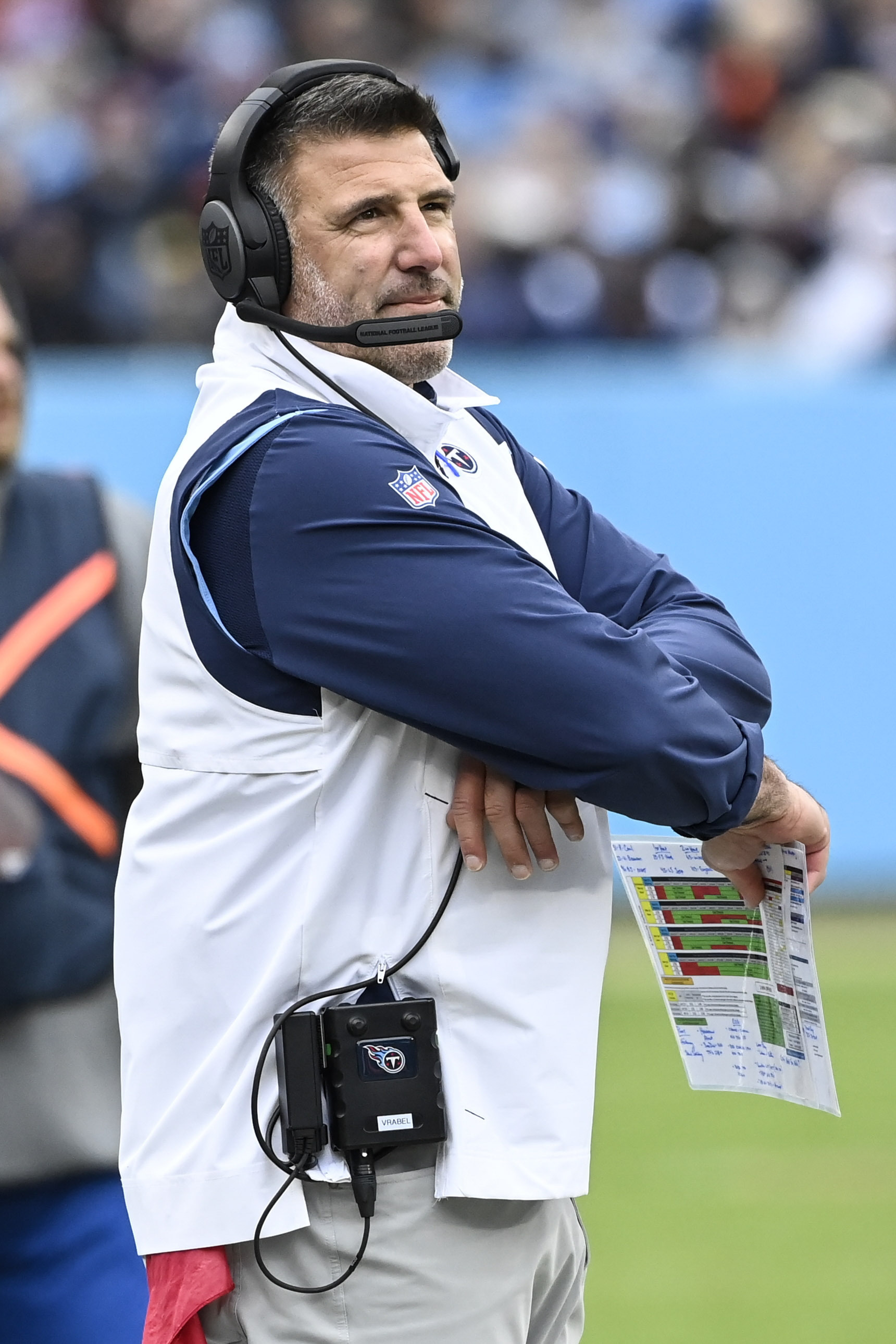