Anticipating concern from members of the community, Chattanooga Mayor Tim Kelly petitioned members of the City Council on Tuesday to support efforts to convert a run-down hotel on Lee Highway into more than 70 units of permanent supportive housing.

On Nov. 1, the City Council expects to consider on first reading a request to rezone the property, changing the designation from convenience commercial to urban general commercial. The city also plans to recruit a nonprofit organization to operate the facility through a request for proposals.

The request will require two readings before it can be formally approved by the council.

Kelly told council members during their regular meeting Tuesday evening that homelessness has jumped nearly 250% in Chattanooga in the last year. Over the last several years, the number of beds available for temporary shelter in the city has decreased, and resources available to deal with mental health and addiction issues haven't kept pace with demand.

"I understand that there are some folks coming this evening to express their concerns about the project, and I know that many of those concerns are heartfelt and that these are good people who love their city," Kelly said. "But at the same time, a tremendous amount of misinformation has been circulating and, unfortunately, many people are letting fear of the unknown get in the way of the facts."

The project is an essential part of the city's strategy to create housing units for people who are homeless, Kelly said. The facility won't be a homeless shelter, he said. It will be an apartment complex with services onsite that will help keep people housed.

"From the outside, you won't be able to even tell that the people living there have lived lives that are any different from yours or mine, and that's exactly the point," Kelly said. "And here's the benefit to everyone in the surrounding community, there's one less dilapidated fleabag motel attracting crime and blight."

Since the city purchased the hotel last year, he said, 911 calls in that area have decreased 47%.

Kelly added that there are other hotels in that neighborhood causing problems for Silverdale Baptist Academy, a private Christian school near the proposed site. The facility at the former Airport Inn would not contribute those issues, Kelly said. It will be gated, have private security and cameras.

Chief of Staff Joda Thongnopnua said in a phone interview Tuesday that, provided the project receives all the necessary approvals, the administration hopes to see the facility open in the third quarter of next year.

Through its request for proposals, Thongnopnua said, the city would be seeking an organization to fill two roles: One, providing case management, social workers and supportive services designed to keep people housed and, two, operating the building itself, which would include maintenance and renovations. It's possible that a single group could submit a proposal for both of those components.

Asked about the cost of converting the building, Thongnopnua said that won't be clear until the city receives the results of the request for proposals.

"I think we are optimistic that the cost to the taxpayers won't be dramatically more than we've already invested," he said.

The city is still working internally and with local service providers to determine how the facility would operate on a day-to-day basis, Thongnopnua said, but functionally, it would be similar to an apartment building where tenants would have an ongoing lease that could be tied to, for example, a housing choice voucher. There would also be support services available onsite 24/7.

During the public comment portion of the meeting, Mike Smith, the executive director of the Chattanooga Regional Homeless Coalition, said he lived two years unsheltered as an unaccompanied youth and was saved after someone offered him admission into a permanent supportive housing unit. Smith was one of several representatives from local homeless service organizations who addressed the body.

"The people you see out there are just like me," he said. "Every single one of them will live up to their 100% if given the opportunity to do so. Yet they cannot do so on the street."

Becky Hansard, head of school at Silverdale Baptist Academy, said the city should strive to assist people who are in need, but there has been a gross lack of communication from the city.

Kelly said Tuesday that the city could have done a better job communicating the nature of the project. The city will make a more proactive approach going forward, he said.

Kelly's administration will host a public meeting at 6 p.m. Oct. 26 at the Family Justice Center for community members interested in learning more about the project. 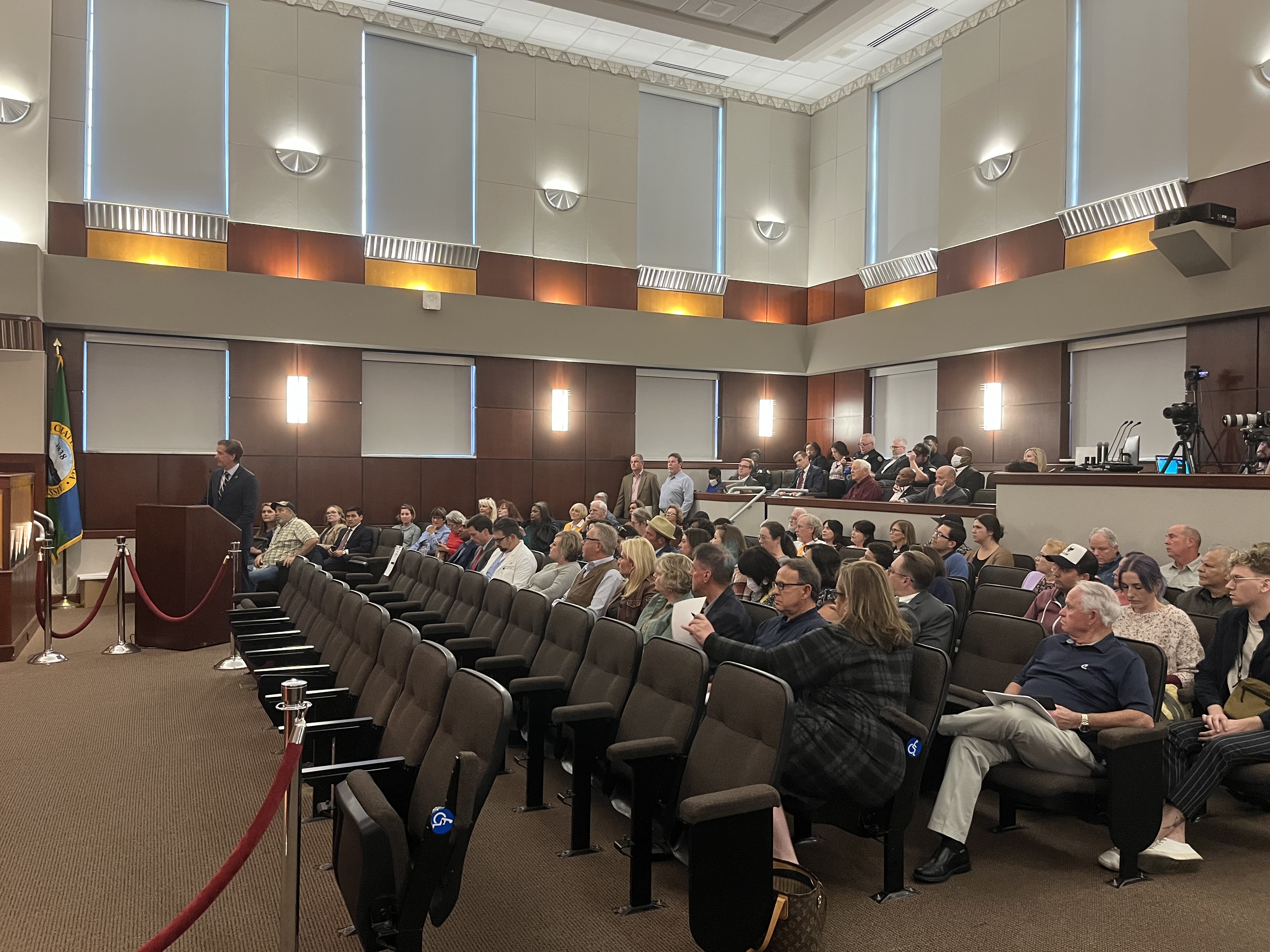