The Chambliss Center for Children, at 315 Gillespie Road in Chattanooga, is celebrating its legacy of serving families for 150 years.

To mark the occasion, board members and friends of the agency came together to open a time capsule that was placed in the building's cornerstone on Dec. 7, 1937, according to a news release.

"Chambliss Center for Children has a tremendously storied past with so much rich history," agency Communications Coordinator Rachel Carroll said in a phone call. "It began as the Women's Christian Association to help feed and clothe orphans after the Civil War, then moved into the building on Vine Street, where it was the Vine Street Orphans Home, and eventually moving to the campus where we are today in 1939, helping children and families after the Great Depression."

Throughout its tenure, the goal of the agency has been, and continues to be, to help families and children, Carroll said.

"We cater to the current needs of our community," she said. "We started the first care-around-the-clock program in Tennessee in the 1960s as a result of many Chattanoogans having second- and third-shift jobs, and as our culture and our city evolved, we've added and modified programs to help keep up with community needs."

Recognizing this history and the foundations of the agency led to the decision to open the capsule in October of this year, Carroll added.

"We've known it was in our cornerstone at the very edge of our building, which is all brick except for one spot that's more beige plaster and has Roman numerals on it with the date the building was built in 1937," she said.

The board of directors had records of what was in the capsule, which was also opened in 1978 during the agency's centennial celebration, when agency leaders broke open the plaster and got the box open for the first time since its original placement.

"Last year, we started thinking about the 150th anniversary, and we knew immediately we wanted to open the time capsule," Carroll said. "The 2020s have been so eventful, and we have so much we can contribute right now to showcase this time in our community."

During the opening of the capsule this year on Oct. 18, Chambliss President and CEO Katie Harbison, along with CEO Emeritus Phil Acord, revealed the contents, which included multiple newspapers from significant days in the agency's history -- some dating back to the 1920s -- a guest book and photographs from the capsule opening ceremony in 1978, a topographical map of the 17-acre campus, an agency brochure from the 100th anniversary, pictures of children from the Vine Street Orphans Home and numerous newspaper articles, the release stated. 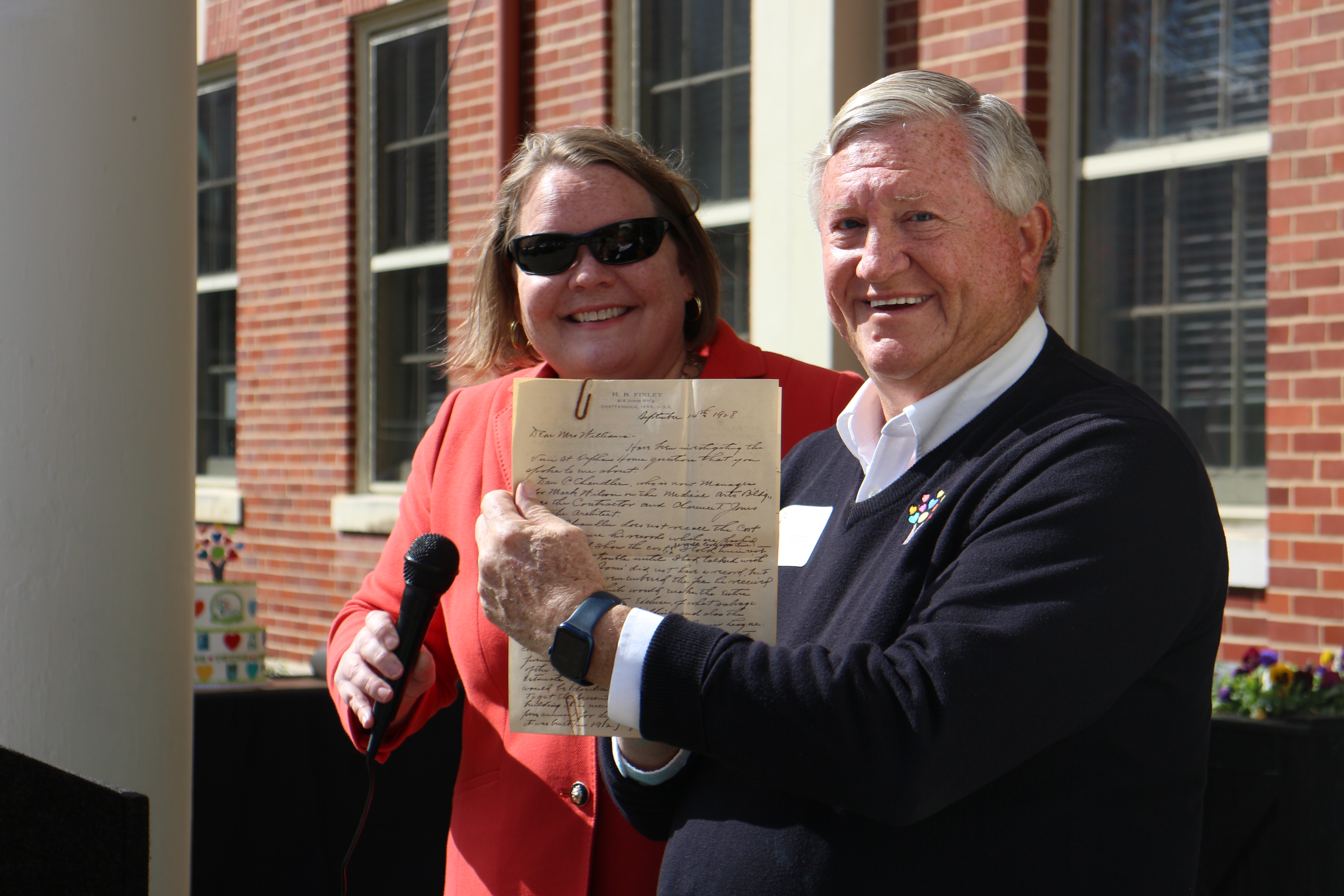 "It was a really special moment when Katie was reading through the names in the guestbook with her dad, Pete Cooper, and they discovered his signature from the 1978 opening," Carroll said. "He would have had no idea that today his daughter would be leading the agency and showing this piece of history this many years later."

During the event, attendees also heard from Eleanor McCallie Cooper, a descendant of one of the organization's founders, and local historian Linda Moss Mines, who spoke about the history of the agency and relevance of the milestone anniversary, according to the release.

The time capsule will remain open until Dec. 7, when it will be placed back in the cornerstone of the building on Gillespie Road. Dec. 7 is significant because that's the original date of the build in 1937, Carroll said. The agency is asking for suggestions from the community on items that should go into the capsule this year before it's resealed.

"We have the rare opportunity to put items back in our time capsule that will be closed for at least another 50 years," Harbison said in an email. "We would love ideas from the community to help us include items that represent the year 2022."

Current suggestions include COVID-19 tests, face masks and letters by current children at the center who might be able to attend the next opening in future decades, Carroll said.

Those interested in offering a time capsule suggestion can visit bit.ly/ChCtr150. 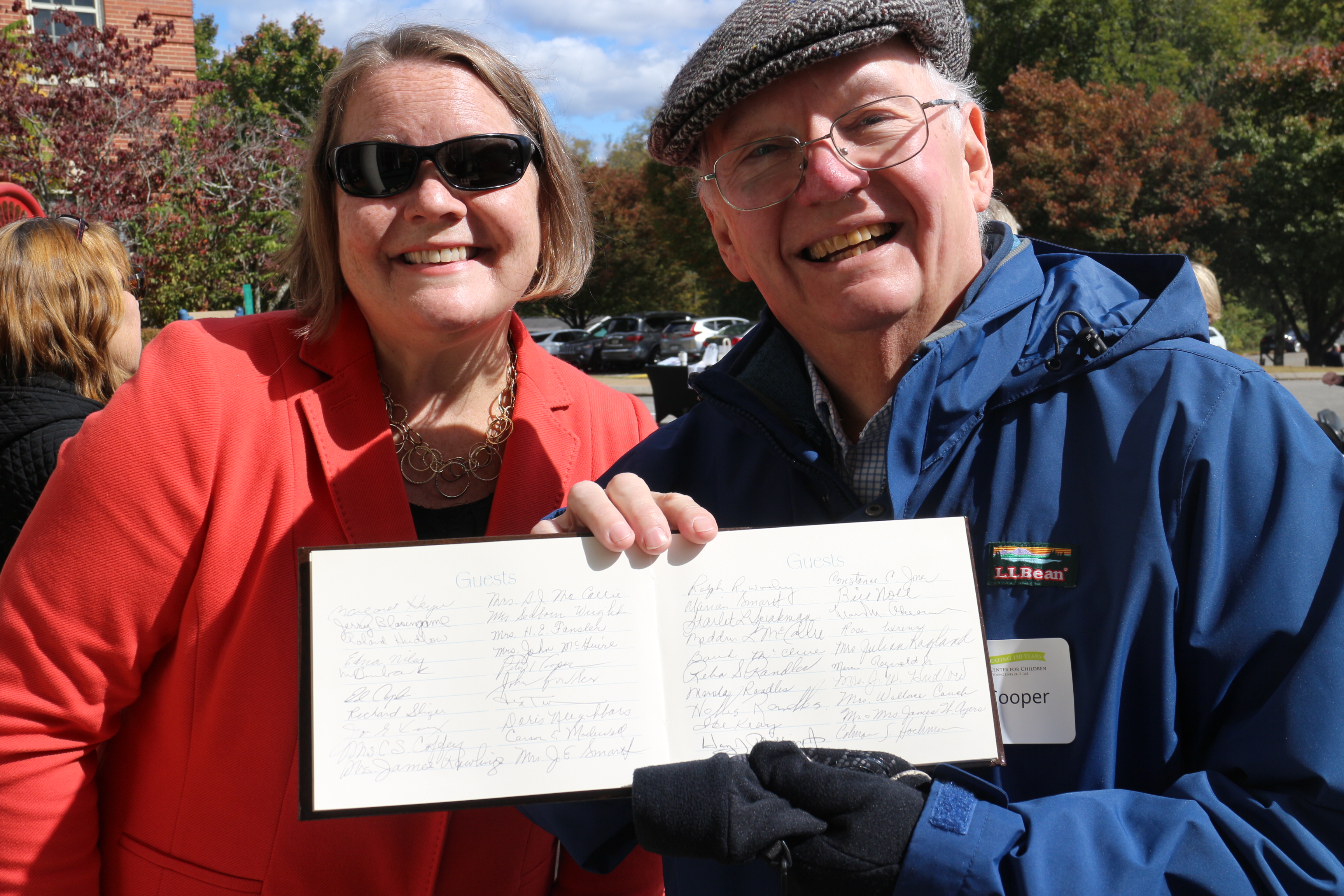