Tom Ozburn says he recalled a motto of his father's -- "neighbors take care of neighbors" -- when an idea arose to enhance the health and well- being of the neighborhood around Parkridge Medical Center in Chattanooga.

The result has become The Orchard Knob Collaborative, which now involves 15 member organizations aimed at addressing health determinants such as housing and food scarcity often linked with hospital admissions and readmissions, says Ozburn, who is Parkridge Health president and chief executive.

Ozburn, who grew up on Signal Mountain and became the hospital's CEO in 2017, is a Champion of Health Care in community outreach.

The 53-year-old hospital executive says that Parkridge had done a good job taking care of Orchard Knob residents who were in acute distress medically.

"My concern was discharging them to a safe home and environment," he says. "Are we getting them preventative care?"

Ozburn says he talked with community activist Marvene Noel, who told him that residents had been "surveyed to death, but nothing happened."

They looked for agencies already doing work in the area, such as Habitat for Humanity and the United Way of Greater Chattanooga, and he helped raise money, including donations from Parkridge and hospital parent HCA Healthcare. He also wrote letters to the major businesses in the area and additional funds were raised.

With that, five homes in the neighborhood were renovated, creating a safer environment for residents, he says. That led to more agencies joining the Collaborative, which was growing and had started applying for grants.

The biggest grant is $600,000 from TVA, which he expects to be the most impactful, as the funds will help make sure the neighborhood is digitally connected.

"We saw during COVID, if you don't have WiFi, you're not learning," says Ozburn, who plans to soon earn his doctorate after receiving degrees from the University of Alabama in health care administration and the University of Tennessee Health Science Center.

The digital connections will also boost tele-health services, he says.

"That changes the trajectory of public health," says the CEO.

He believes the Collaborative could be replicated in other locations in the city and the state.

Ozburn says that "without the support of our fellow neighborhood organizations, we would not be able to make our community safer, cleaner and healthier. By working in solidarity with each other, we can demonstrate how community stewardship can help a community thrive."

› Career: Joined HCA Health care in late 1990s and worked with the company at executive-level posts at hospitals in Bowling Green, Kentucky, and Nashville. Named CEO at Parkridge Health System in Chattanooga in 2017. 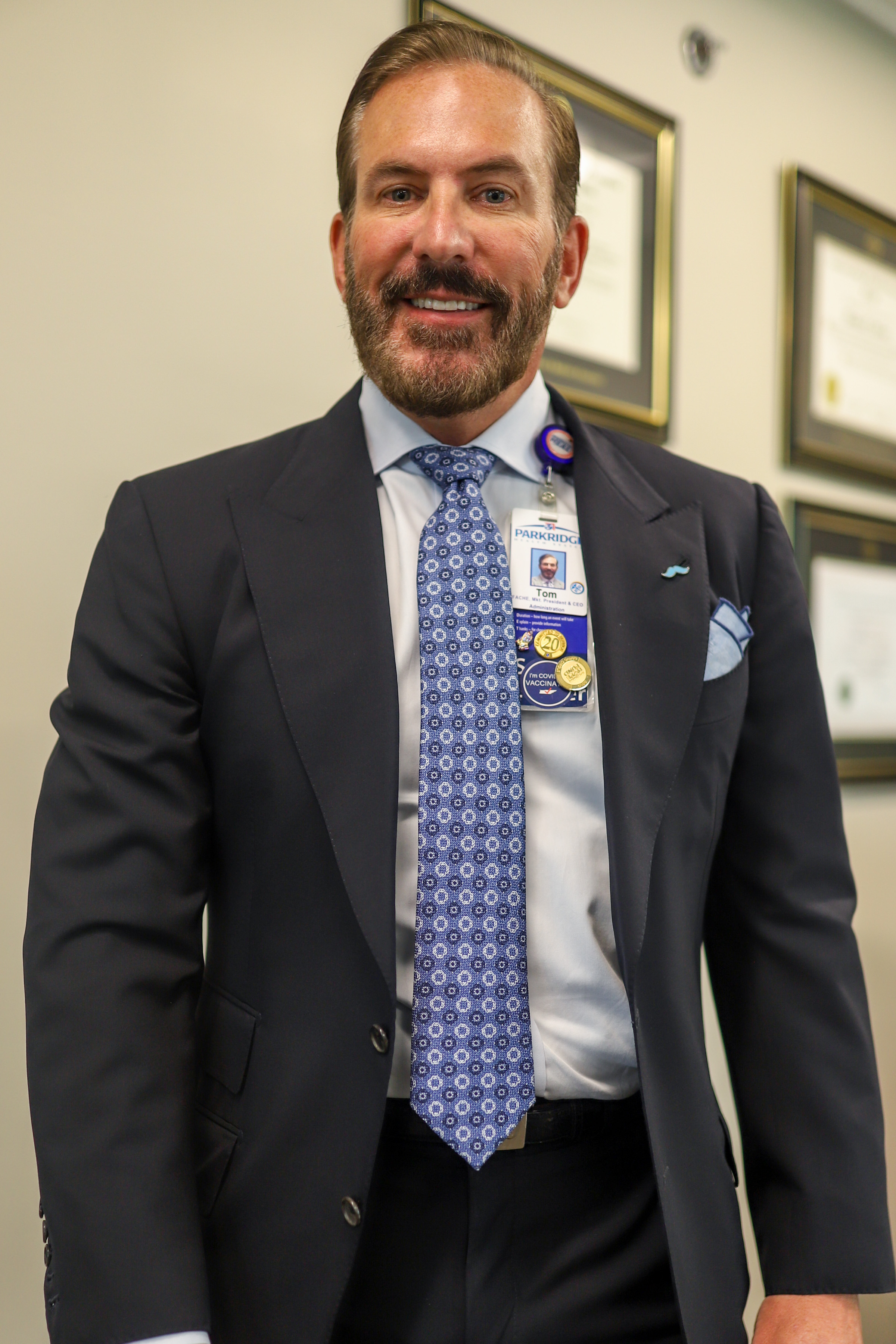