All words that Dustin Backus, board member for the Chattanooga Hockey League, uses to describe the youth roller hockey league.

"Roller hockey is just so different for this area," says Backus. "And it's good for all shapes and sizes. You don't have to be a big or muscular person to play."

The youth hockey league is a fairly recent addition to the area, having only started in Chattanooga in 2018. Since its arrival, kids of all ages and levels of experience have had the opportunity to play.

The league currently has no privately owned rink, so all games and practices take place at the public skating rink next to the Chatt Town Skate Park. Moreover, because the league is nonprofit, many of the coaches and board members are parents or players in the adult league that want to help out, says Backus.

Eric Polino, for example, one of the league's youth coaches, has played in the adult hockey league since 2016. His kids, Hannah, 15, and Isaiah, 9, both played in the youth league during the 2022 spring season.

One of Hannah's favorite parts of the league is that there are no tryouts required to play.

"It doesn't matter how good you are or how long you've been playing," she says. "You can just join, and everyone is at different levels. It's fun for everyone."

Kids are encouraged to join the league regardless of age, gender or experience.

"If you stayed away because you don't know enough about hockey, that's exactly why we want you here," Backus says. "We've got people of all skill levels. Whoever wants to play the game -- we want you here."

Ready to get rollin'? 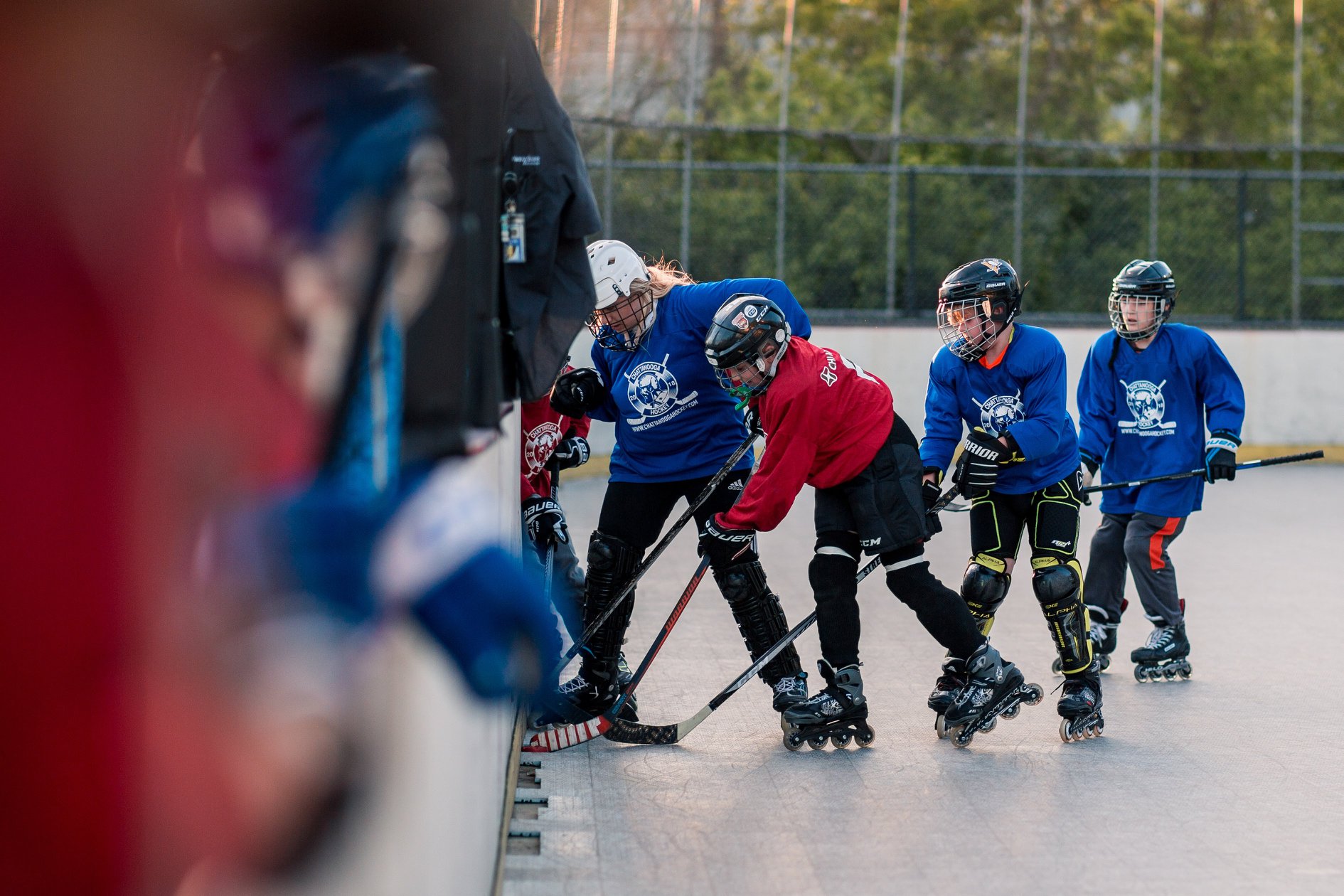 Photo contributed by Chattanooga Hockey / The youth league welcomes all kids under the age of 16 regardless of gender or experience.

> The youth league is separated into two divisions--U9 and U15. Once a player turns 16, they move into the adult league.

> For each division, there are two teams consisting of six to eight kids each.

> Kids are taught the basics of skating, passing, teamwork and other essentials.

> There is a $135 registration fee for each player, which covers the jersey, instruction, games/practices and a trophy at the end of the season.

Parents and kids interested in the youth hockey league can visit chattanoogahockey.com for more information.