Chattanooga's biggest grocery chain continues to brew up more business with the addition of Starbucks coffee shops at most of its new and remodeled grocery stores.

Food City, which entered the Chattanooga market in 2015 when it purchased 29 Bi-Lo supermarkets in the Chattanooga area, opened its 42nd Starbucks retail outlet Monday at its newly remodeled Red Bank store. Steve Smith, president and CEO of Food City, said the addition of Starbucks helps attract more grocery shoppers to the local Food City stores and has boosted on-premise food purchases in the prepared food sections of Food City outlets.

"It adds to our overall offering in our stores, and we have found it is particularly helpful in drawing in younger shoppers and those picking up or eating in our food court area," Smith said during an interview at a ribbon-cutting Monday for the new Starbucks. "Our relationship with Starbucks has worked out great and is really one of the best things we have tried."

Food City has been a franchisee for Starbucks since 2017 and opened a similar Starbucks last October at the Food City store in Ooltewah and operates other Starbucks locally in Hixson and East Ridge.

Smith said Food City is putting Starbucks in most of its new stores and in many of its grocery outlets when they are renovated. The 49,541-square-foot grocery store at Dayton Boulevard and Morrison Spring Road in Red Bank, which was originally built in 2006, was renovated earlier this year and will add a new food area by next winter, according to store manager Tommy Taylor.

"Starbucks helps broaden our customer base and give the community more of what it wants," Taylor said during Monday's grand opening of the new coffee outlet.

At the same store, the Tennessee Valley Federal Credit Union opened a branch office in the Red Bank store in 2017.

The Starbucks store within the Food City is open daily from 7 a.m. to 9 p.m.

The Starbucks additions are part of the growth plans for Food City, a privately owned grocery chain based in Abingdon, Virginia, that now operates more than 130 grocery stores in Alabama, Georgia, Kentucky, Tennessee and Virginia. Smith said Food City continues to grow, noting that its total companywide staff now tops 18,000 employees, up from about 13,000 employees before the pandemic.

Smith said Food City is preparing plans or looking for new store sites for more Food City stores in downtown Chattanooga and Kimball, Tennessee, and in Fort Payne and Gadsden, Alabama, among other cities.

During Monday's celebration of the new Starbucks, Food City presented a check to Red Bank High School for $2,500 as a show of community support. 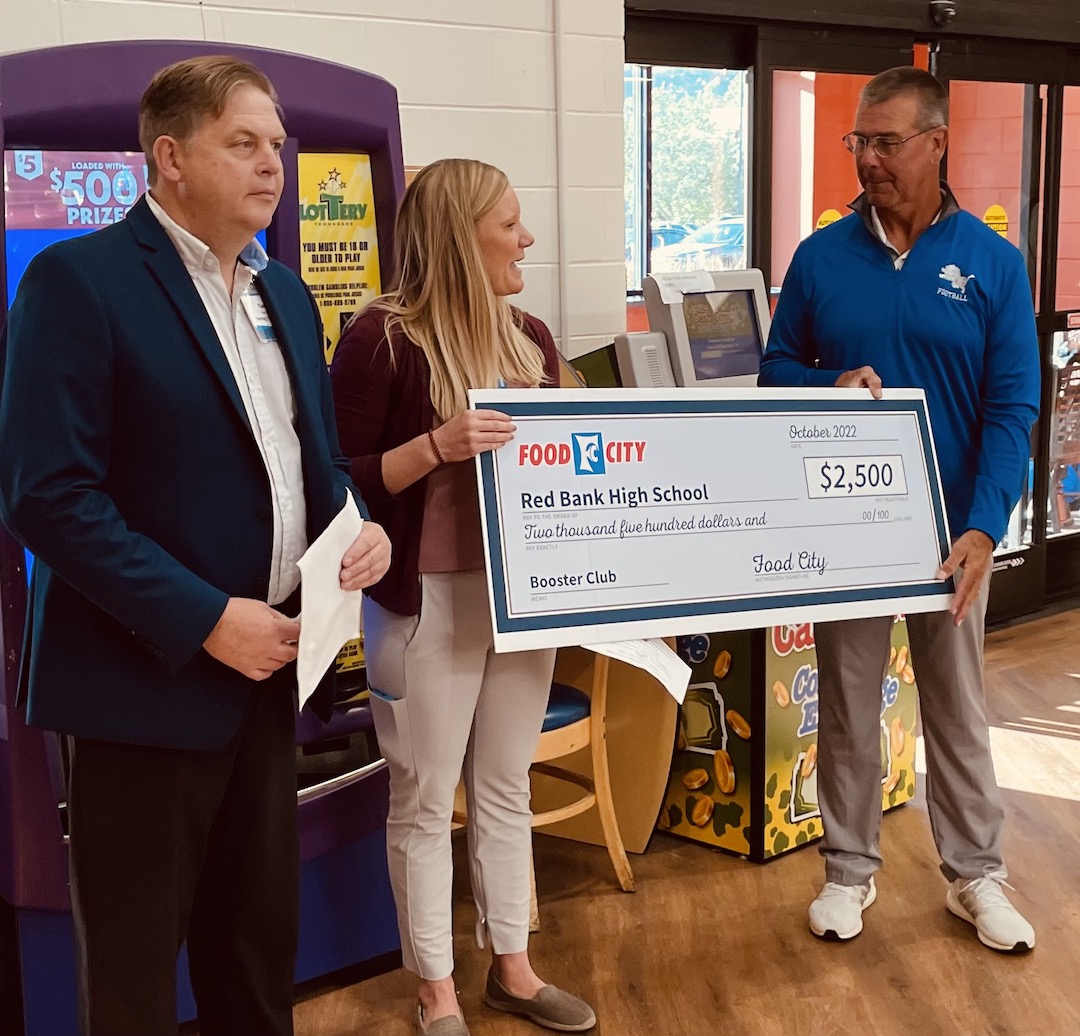 The donation will be used to help pay for part of the losses suffered when more than $20,000 of equipment was stolen from a school and Red Bank Booster Club storage shed last Friday. Red Bank police are still investigating the theft, which occurred when someone cut through the fence around a storage shed and stole an industrial mower, a paint machine used to line the fields, two generators, a backpack blower and a string trimmer.

"Red Bank is a community where people look out for one another, and this gift is a tremendous example of that," Red Bank football coach Ted Gateway said in a telephone interview Monday. "All of this impacts our kids, so we appreciate Food City making this effort to help our school and our students who went out and raised the money to help pay for better sports facilities in our community." 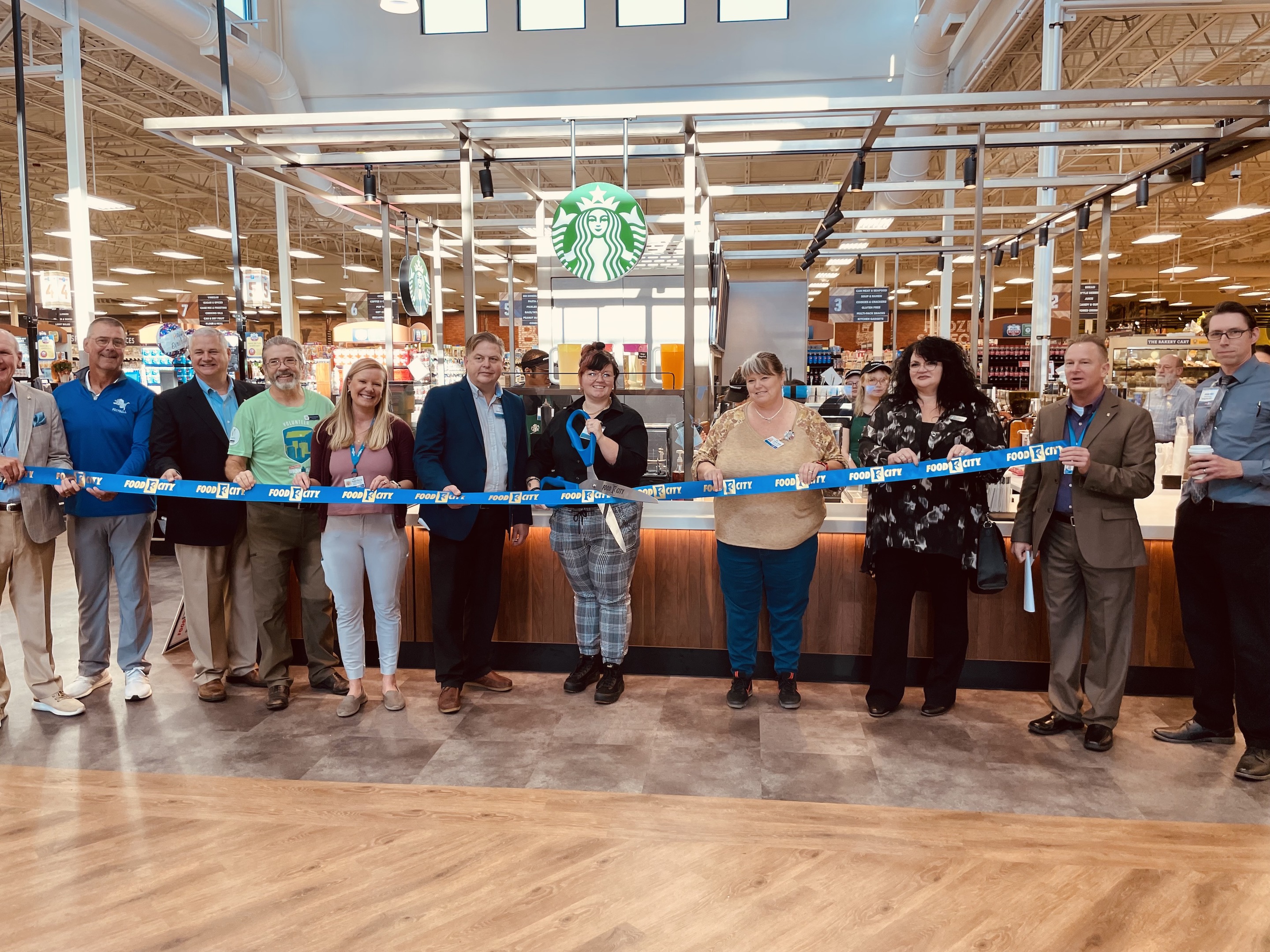