Around the Sequatchie Valley, the name Sam Pickett is already well-known. A former all-state running back for South Pittsburg in the late 1990s, the speedy Pickett was a 1,000-yard rusher in multiple seasons and set a state record with six touchdown runs in the 1999 Class 1A title game.

But now his son, Sam Pickett Jr., is looking to establish himself on an even larger scale. Only a sophomore, the Marion County running back proved last Friday that he is ready and capable of delivering in a big way as he totaled 334 yards and four touchdowns to help lead the Warriors to a thrilling 42-35 win at Forrest.

Pickett caught nine passes for 145 yards and three TDs, returned two punts and two kickoffs for a total of 66 yards and ran the ball 11 times for 123 yards, including the game-winning 79-yard scoring sprint with just 22 seconds remaining.

For that effort, Pickett has been named this week's Times Free Press Player of the Week.

"I tell his dad all the time that little Sam is going to be better than him," said Warriors coach Tim Starkey, who played quarterback on those Pirates teams with the elder Pickett. "He's already taller than his dad. Sam has so much potential and is going to be a really special player.

"He showed flashes of what he can do Friday, and it's great to know that no matter where we put him -- he can play any position -- he can make big plays for us because he's so versatile." 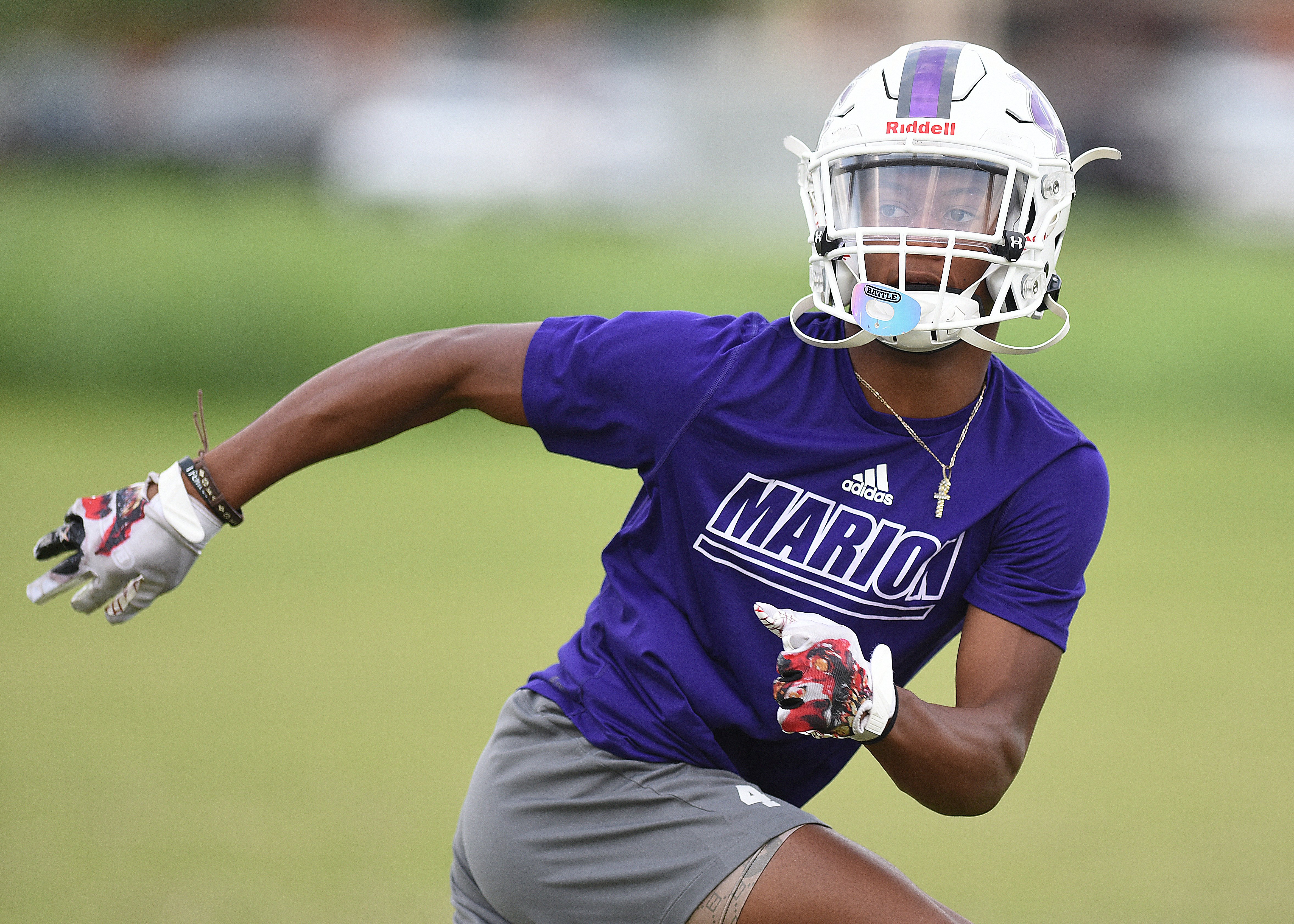 Pickett is getting more opportunities after an unfortunate injury to senior Alex Condra, who was averaging more than nine yards per carry and had scored six TDs when he suffered a season-ending knee injury early in the second game.

Since then, Pickett has gained 387 rushing yards (averaging 6.8 per carry) and has 21 catches for another 304 yards.

"Anytime you have to replace somebody like an Alex Condra, that's a huge loss," Starkey said. "Even though he's still young and learning some things, Sam has stepped in and filled that void way sooner than I expected.

"On that last touchdown run, it was a power play where they were in a prevent defense, so we were just hoping to get a big chunk play and maybe get into field goal range, or if we didn't bust a big run we would just let the clock run out and go to overtime. I was not thinking we'd score on that play, but Sam broke two or three tackles and then just outran everybody else on the field."

With the win, the Warriors evened their overall record at 3-3 and are currently in a four-way tie for second in Region 3-2A, with three key league games coming up which could earn them a second-place finish and first-round home field advantage. E.J. Wilson added 110 yards on just seven carries and also scored for Marion, which averaged more than eight yards per play in rolling up 426 total yards.

"That game gives me a lot of confidence in what I can do, but I know I still have to stay humble," Pickett said. "I hear the comparisons with my dad every day. He was quick, but I let him know he wasn't better than me.

"We know we can compete with the good teams left on our schedule, and we still want to get the two seed and play at home."