As far as experience goes, Mike Dougher has no equal when it comes to booking bands in Chattanooga.

He was booking shows at The Sandbar back in the 1980s, then Rhythm & Brews for two decades, then Songbirds Guitar Museum. He has also booked for numerous special events and partnered with Chris Cobb from Nashville to book Riverbend 2022.

Most recently, Dougher was booking acts for Songbirds Foundation, HiFi Clyde's and the newly opened Barrelhouse Ballroom. Before Barrelhouse opened, I asked him what type of shows he thought he might book in the 500-seat venue, and he said he felt like the first six months would be a test period and that "eventually the room will tell me what it wants to be."

What he meant was that live music venues have the ability to develop their own personalities.

Sometimes the venues and the audiences take a little time to find each other. Since opening this fall, Dougher said he has booked metal bands, 1980s cover acts, tribute acts, country artists and singer/songwriters into Barrelhouse -- all the while making notes on how each one is received.

He said he is also still trying to figure out if Barrelhouse wants to be a venue or a club.

"There is a difference," Dougher said. "Personally, I think it should be a club, but so far it wants to be a venue. To me, the bigger the venue, the less personal it can be, but we'll see."

To him, a club is a place with "regulars" who know the staff -- the door person, bartenders and servers.

Dougher said Songbirds, Clyde's and Barrelhouse are each different, but while Barrelhouse can be its own entity, it can also be similar to either of the others. 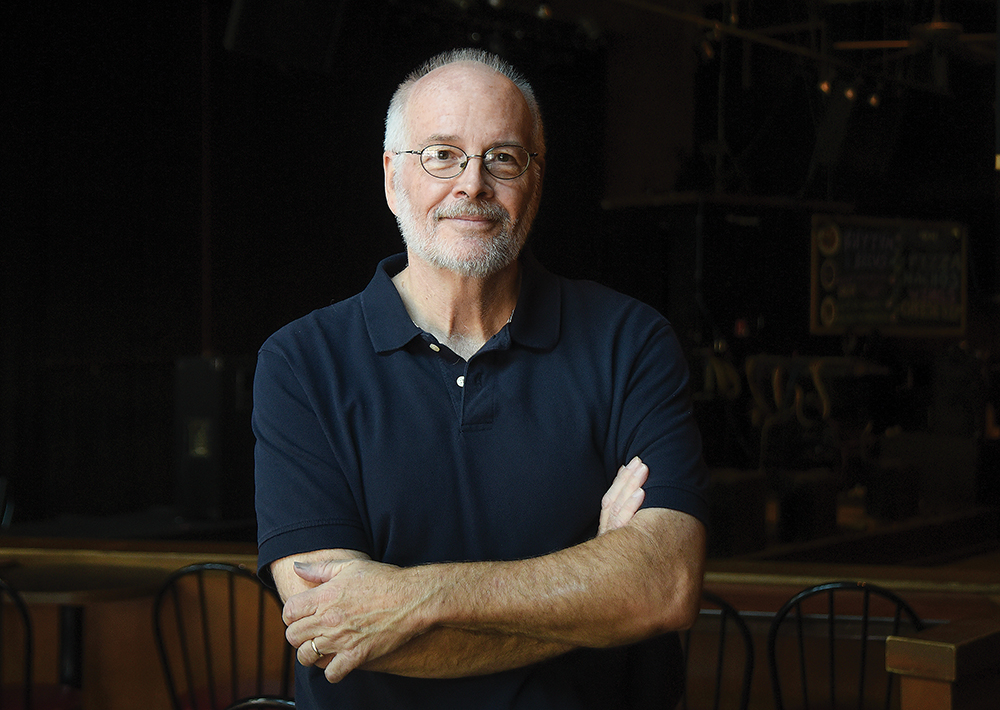 Songbirds is more of a showcase venue where fans go to listen to the artist and are willing to pay a slightly higher ticket price. Clyde's has a built-in crowd that goes to hang out with friends, watch games and perhaps listen to live music on the weekends.

Dougher said he has booked such acts as Paul Thorn and Samantha Fish into Barrelhouse, and those will be seated shows more akin to a Songbirds feature, but he's also booked acts such as Big Bam Boom, a Hall & Oates tribute band, which played to a raucous crowd during Mainx24.

He said that particular show was an example of what he calls "the grand experiment." He booked an act not familiar to a local audience, but on a night he thought people would turn out because of what else was happening downtown.

"It was great and all came together beautifully," he said.

He's also looking to book two acts in one night at Barrelhouse in the future with a featured act playing at 7 p.m. and a more club-friendly act at 9:30 or 10 p.m.

The fun part for him, he said, is experimenting with shows and constantly looking for new acts to bring into the market.