In 2009, BlueCross BlueShield of Tennessee consolidated its headquarters staff that had been working in 10 different buildings in Chattanooga into a new $299 million headquarters facility built atop Cameron Hill overlooking downtown Chattanooga.

The 950,000-square-foot office complex was designed to house about 4,000 employees of Tennessee's biggest health insurer in a more secure and efficient setting. But a decade after its completion, much of the sprawling 5-building complex BlueCross built on Cameron Hill remains vacant as most workers are now doing their job at home, not at the office.

When the Covid-19 pandemic quickly forced BlueCross to move thousands of workers out of the office in March 2020, Chattanooga's biggest private employer quickly changed the way it did business and in the process discovered that most employees like working from home better and are actually often more efficient than when they are working at the office. So-called "office work" for most BlueCross workers quickly evolved into "homework."

"We are now a remote-first organization with 88% of our staff now working from home," says Roy Vaughn, senior vice president and chief human resources officer at BlueCross. "We've made the switch fairly dramatically and I think we have found a successful model."

Surveys of BlueCross workers found that 96% of workers think remote work is working for them, Vaughn says.

BlueCross distributed computers and other equipment to employee homes and is now using an array of technology and hybrid approaches to train, engage and manage its diverse workforce.

Amber Salazar, a digital transformation manager who has worked at BlueCross for more than seven years, recalls the rapid transformation from working at Cameron Hill to working at home. Salazar was due to return to work in March 2020 after a maternity leave on the very day that BlueCross decided to shift most of its staff to remote work in response to the Covid-19 pandemic.

"I've never gone back after my maternity leave other than for occasional meetings in the office, but I really love working at home," Salazar says. "In the beginning, it was challenging, not just for me but for all of us. But it was remarkable how quickly the infrastructure was set up and how we learned to interact online and really become more productive. I don't have any commute time now and I think I get more work done now working from home."

BlueCross Vice President Dalya Qualls says remote work has helped BlueCross both recruit and keep workers and "helps employees balance their whole lives and bring their best selves to their work." BlueCross surveys show that even newer employees hired since the pandemic began to say they still feel connected to the company and its mission while working remotely.

"Our people have made it clear that they value the ability to work from home and they want to keep it," Qualls says. "As a response to employee feedback, remote work is here to stay."

Only a few hundred employees are now regularly using their offices at the BlueCross headquarters in downtown Chattanooga and 88% of BlueCross's staff now works remotely.

Although major U.S. employers such as Apple, Tesla, Twitter and Goldman Sachs began requiring more of its white-collar workers to return to the office last year, Chattanooga's biggest office employers have permanently shifted their models of where many workers do their jobs.

Local employers such as the Tennessee Valley Authority, Unum, Cigna, Freightwaves, Convergys and Homserve all shifted their Chattanooga offices to mostly remote and hybrid work over the past couple of years and are allowing many workers to do their jobs at home.

"It is going to be different forever, and we're going to have to reevaluate all of our office spaces," TVA President Jeff Lyash says. "The days of walled offices and dedicated cubicles, I think, are coming to an end."

Amid the shift of 96% of its staff to remote work during the worst of the pandemic at BlueCross, Forbes magazine identified the Tennessee insurer as one of America's best-in-state employers and one of the top employers of women in the country. Productivity and employee satisfaction both increased, according to the magazine.

"Flexibility in today's workforce is critical and having flexible work arrangements is often the first or at least the second question people ask when considering whether to work for your company," Vaughn says.

A study from McKinsey & Company found that 87% of employees who were offered remote work took the opportunity. The study also showed that a flexible work environment is one of the top three motivating factors for finding a new job. A survey of Generation Z workers (those born after 1996) found over 25% won't work without being able to do at least some of their work from home.

Vaughn said BlueCross had a key advantage over most other office employers when the Covid-19 virus struck America and workers were sent home to do their jobs. BlueCross had been doing such remote work for more than a decade with many of its workers doing at least some of their tasks at home. When the pandemic forced BlueCross to clear out most of its corporate offices in March 2020, the company already had about one third of its staff working remotely.

Even with that remote staff, BlueCross's Cameron Hill headquarters was 94% occupied when the pandemic forced all but a few hundred of the company's 6,500 employees to work from home.

"We had a 10-year head start on most businesses and we had some experience overcoming some of the challenges of moving away from line-0f-sight management and moving to having metrics that really gauge how you are doing," Vaughn said.

At BlueCross, the company has adjusted its training, technology, communications and feedback methods to accommodate remote work and make it more efficient. Vaughn said in the past when there would be snow or other weather emergencies that prevented workers from coming to the office, 'we would work remotely and we had problems." But we don't have that problem with our distributed workforce today.

Moving to remote work is helping BlueCross and other employers both recruit and retain workers.

An American Opportunity Survey sponsored by McKinsey & Co. in June found 87% of employees prefer working remotely and a May survey of workers by Future Forum Survey found 70% of employees will look for another job if they are dissatisfied with the flexibility offered in their current job.

The data shows that full-time in-office workers report markedly lower employee experience scores compared to hybrid and full-time remote workers, as the number of knowledge workers who want to be in the office full-time dropped to 20%, the lowest point in two years of surveying.

"Today's workplace environment is centered around flexibility, and employees without it remain at a strong risk of attrition," says Brian Elliott, Executive Leader of Future Forum. "Companies looking to build productive, successful teams need to think about how they provide flexibility, not only in where but also when people work."

Keys to success for remote work

3. Invest in the right virtual and digital collaborative tools

5. Be intentional and ongoing when onboarding employees

* Technology, affordable housing and prime location are drawing residents to Chattanooga like never before

* What Gen Z thinks about the modern workplace 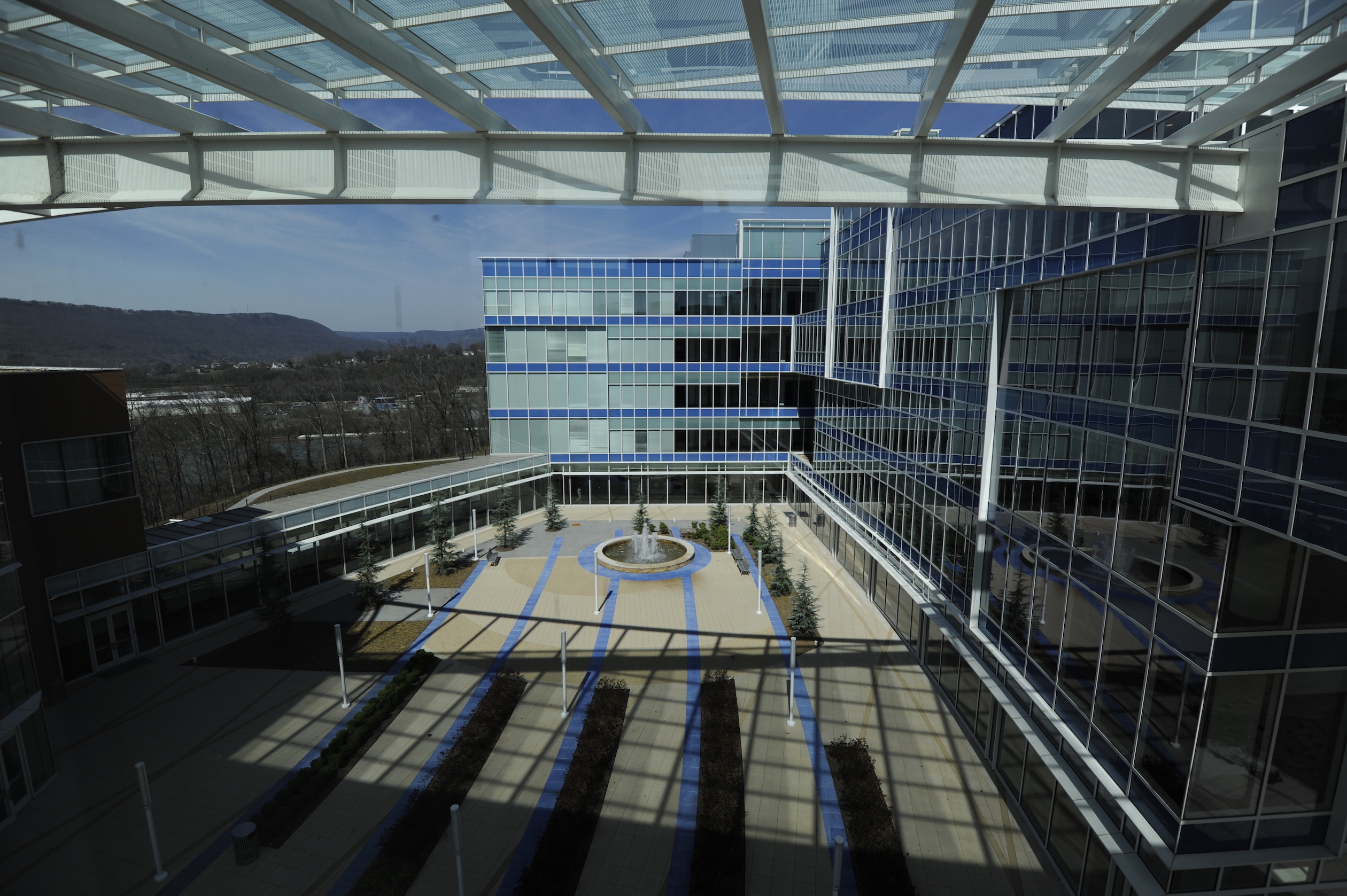 Staff photo by Jenna Walker/Chattanooga Times Free Press - Mar 3, 2011 -- In the center of the BlueCross BlueShield of Tennessee campus in Chattanooga, Tenn., is a courtyard for students and employees to enjoy. The glass windows allow sunlight to filter into the building, which saves on heating costs. 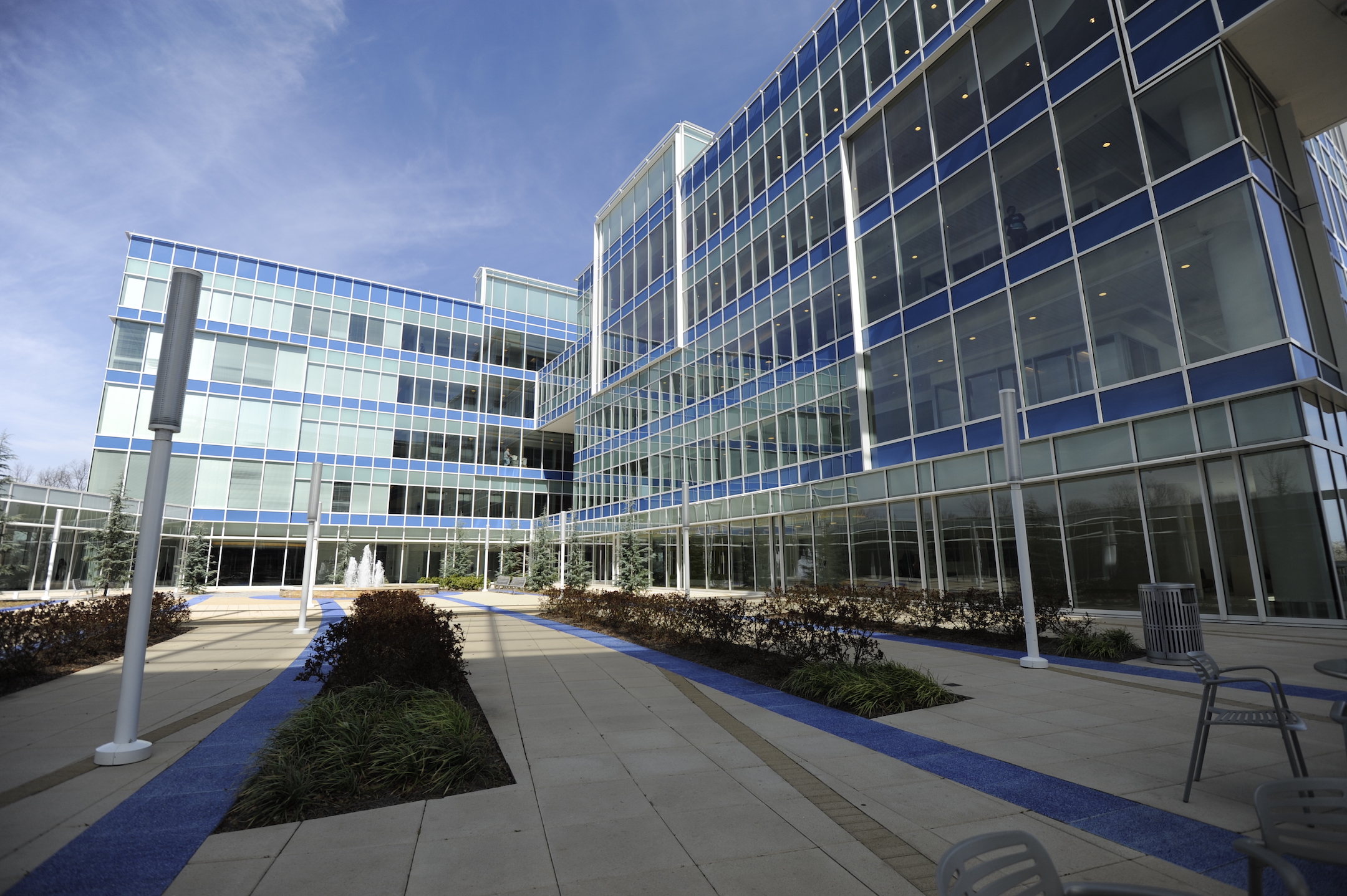 Staff photo by Jenna Walker/Chattanooga Times Free Press - Mar 3, 2011 -- The BlueCross BlueShield of Tennessee in Chattanooga, Tenn., campus is environmentally designed with glass windows that allow sunlight to warm the building, cutting down on heating costs. In the center of the building is courtyard with tables and a fountain for employees to enjoy. Gardens and walking trails are scattered throughout the campus. 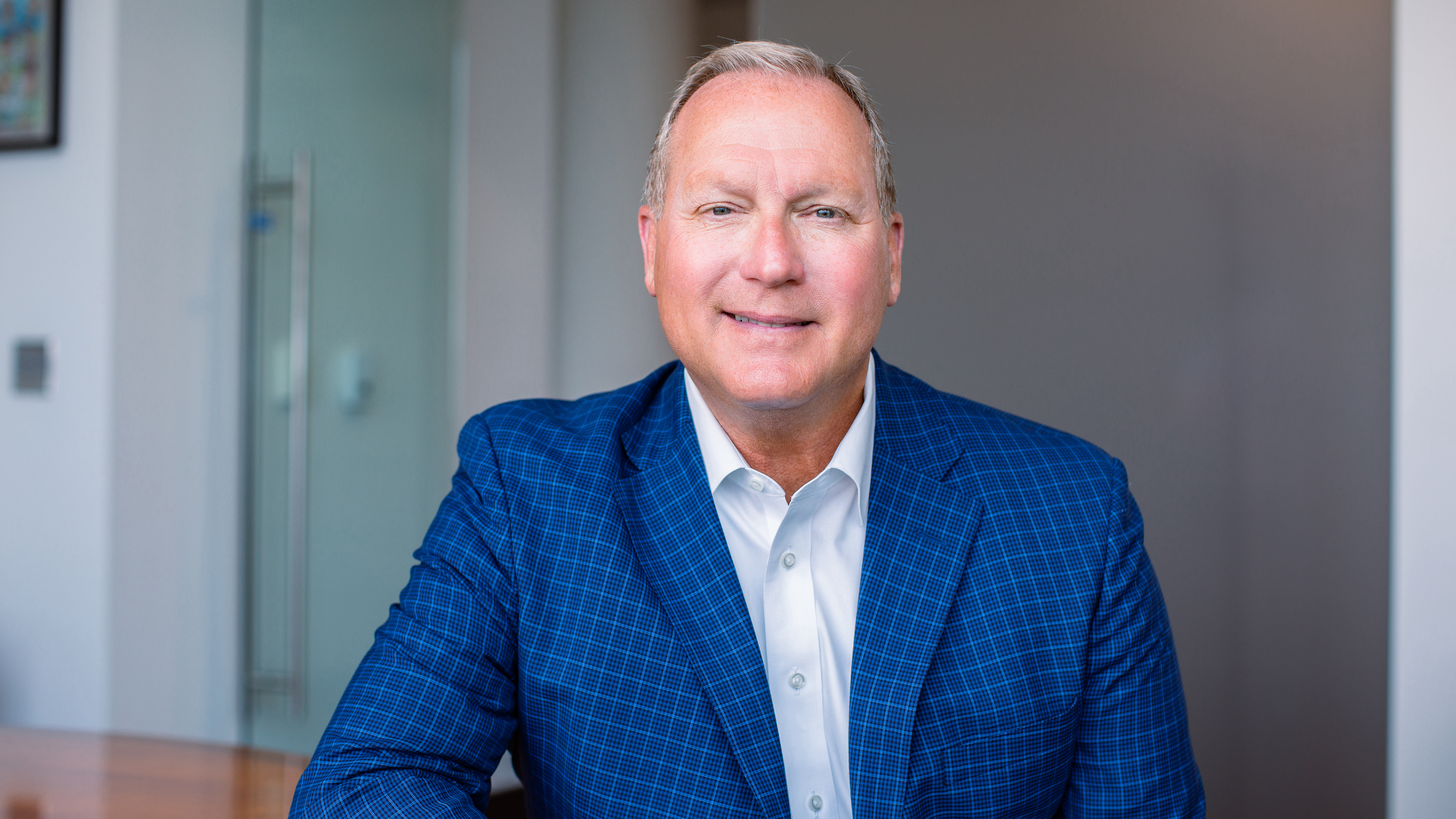 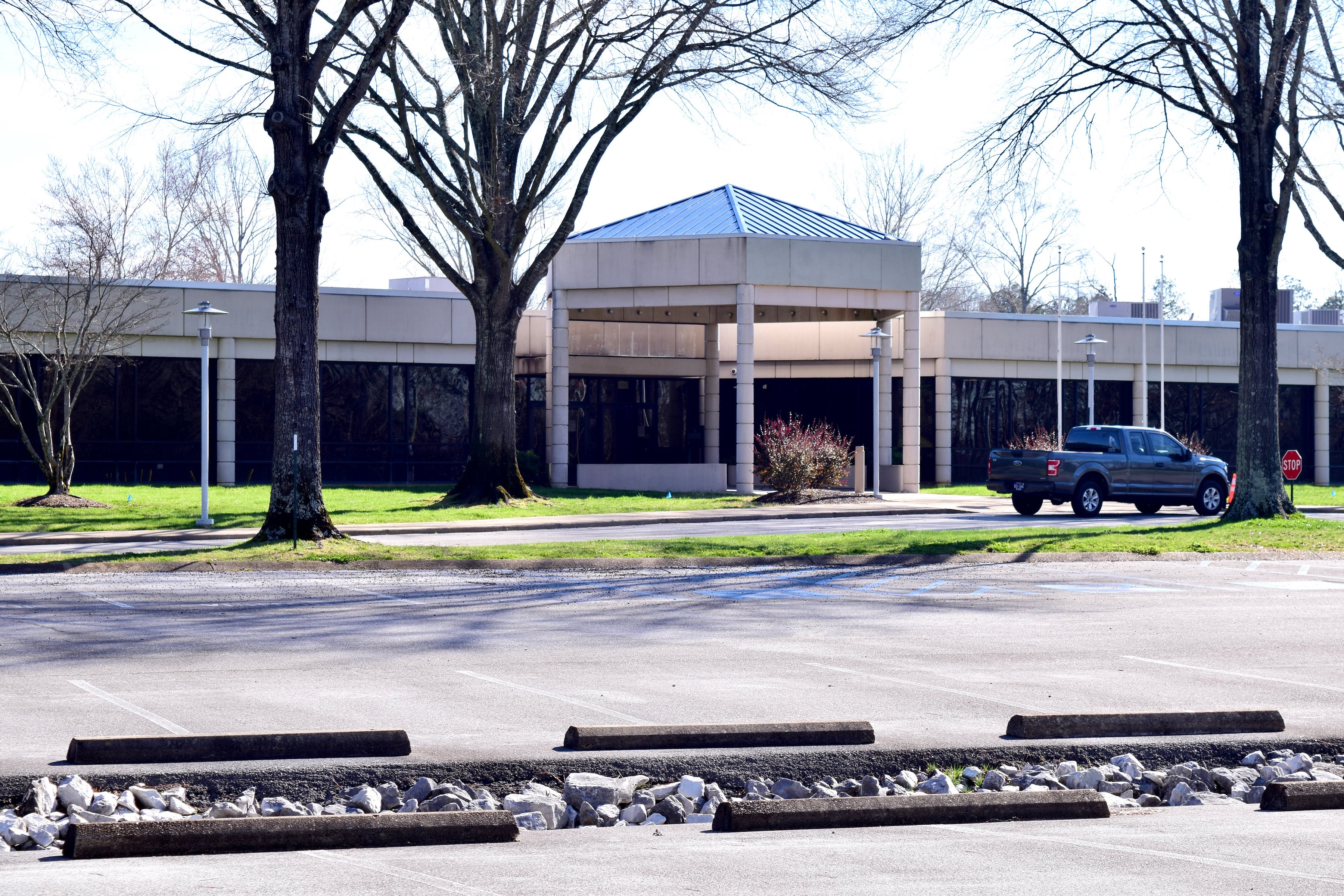 Staff Photo by Robin Rudd / The former Cigna Insurance office building, at 7555 Goodwin Road, in East Brainerd, is rumored to be considered for a possible site of a new school. The building was photographed on March 14, 2022. 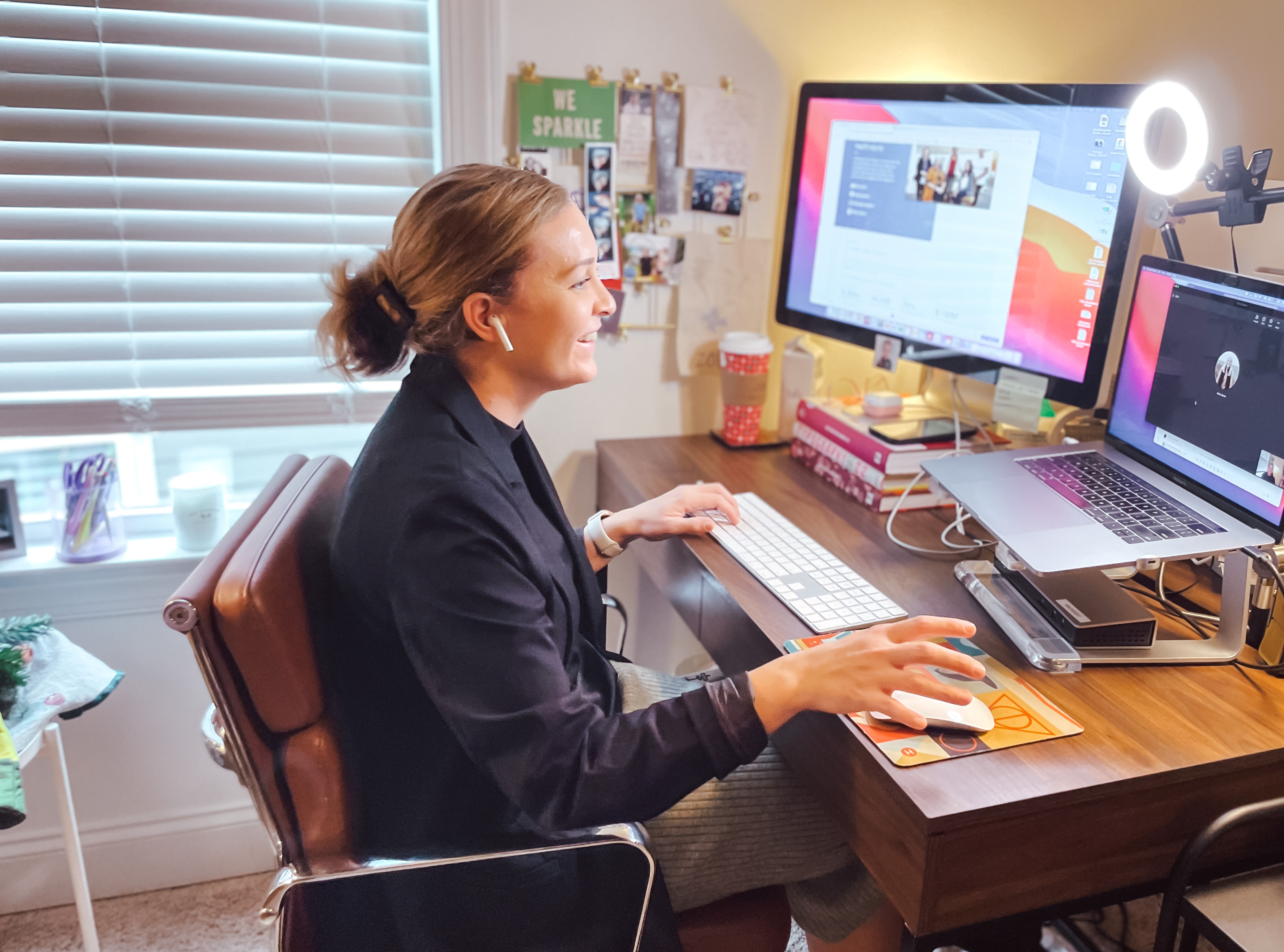 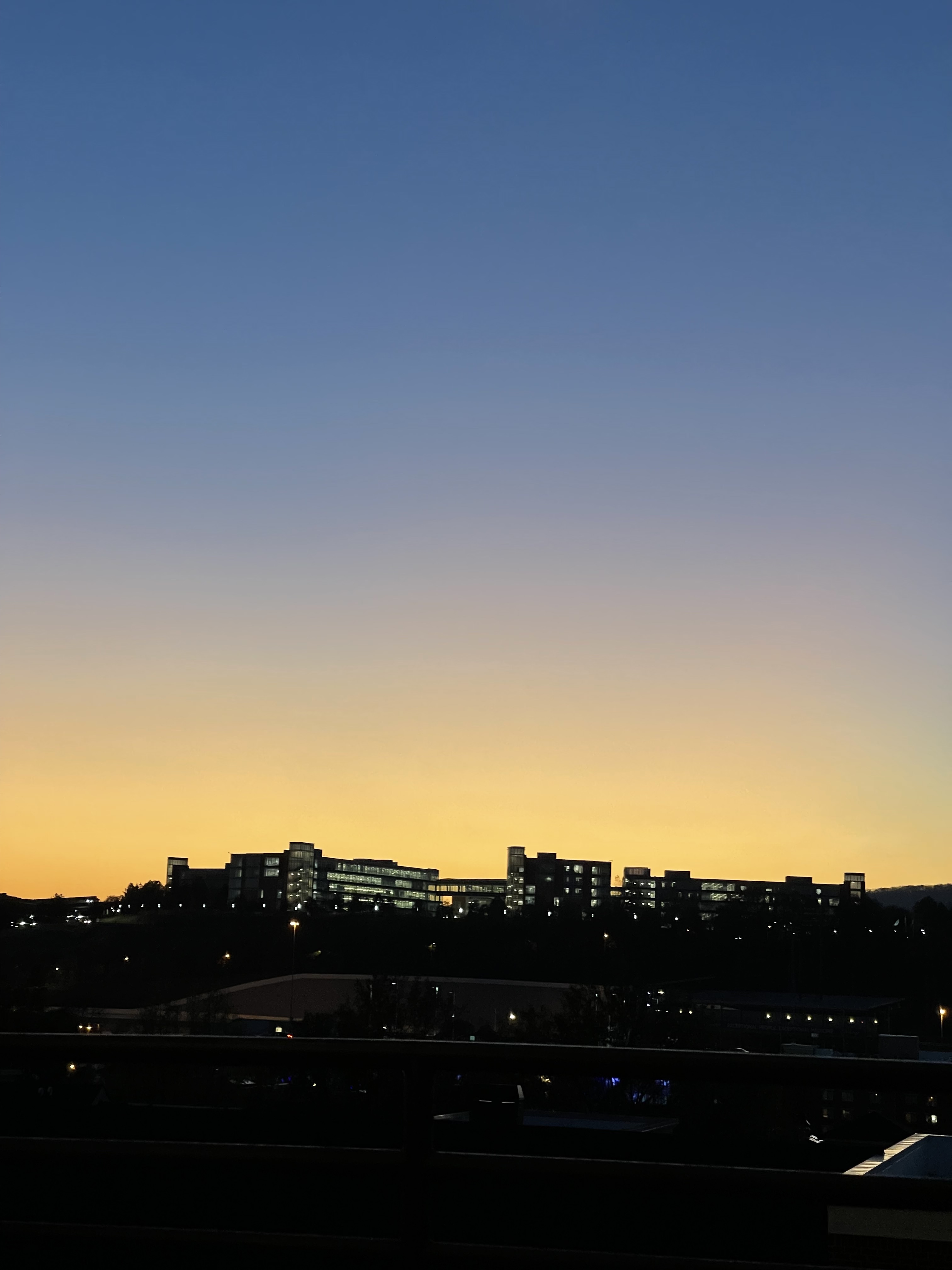 Keys to success for remote work

3. Invest in the right virtual and digital collaborative tools

5. Be intentional and ongoing when onboarding employees