It's a good thing that baby animals are so dang cute. Otherwise, we wouldn't put up with their vandalism.

If you have ever raised a puppy or a kitten, you know what I mean.

Fortunately, a wise veterinarian once told me that the "brain fairy" comes to visit dogs when they are about 18 months old. That's when they magically start to lose their appetite for power cords and furniture legs.

If you own a kitten, you know they can be fond of scratching and spraying. The cloth fabric on your favorite chair is just one good scratch-fest away from ruin.

Of course, older house pets can occasionally be destructive, too. Especially when they are stressed or are trying to pay you back for some slight. Over the years, my sister has owned big breeds -- Great Danes, huskies and Weimaraners -- which have been known to shred a couch and then nest among the ruins.

But the bad behavior does tend to wane as pets get older.

We currently have a puppy named Keeper -- an 8-month-old poodle/spaniel mix -- who has a taste for computer power cords. He also once destroyed a down pillow while my wife and I were sleeping. When we woke up, the whole bed was covered with feathers.

Like a prisoner planning a jail break, he has also gnawed and clawed a hole in the door to the laundry room where he takes his meals. He has to eat in there, otherwise, he would try to steal the food of our older dog, Boise. These 10-minute meal breaks are apparently more than he can take.

Again, cuteness is his shield. He has a cow lick, and when it stands up, he looks like a baby goat -- so much so that I've threatened to change his name to BG. Also he has these big brown rings around his eyes that make him look like a sad raccoon.

Whenever he misbehaves, I lower my voice and ask him sternly, "Did you do that?"

He cocks his head, as if to say, "I don't understand your words, and anyway, look how cute I am."

We asked our readers to spill their best dog-shaming stories -- and spill they did, like feathers from a ripped up pillow. Here are a few of our favorites. 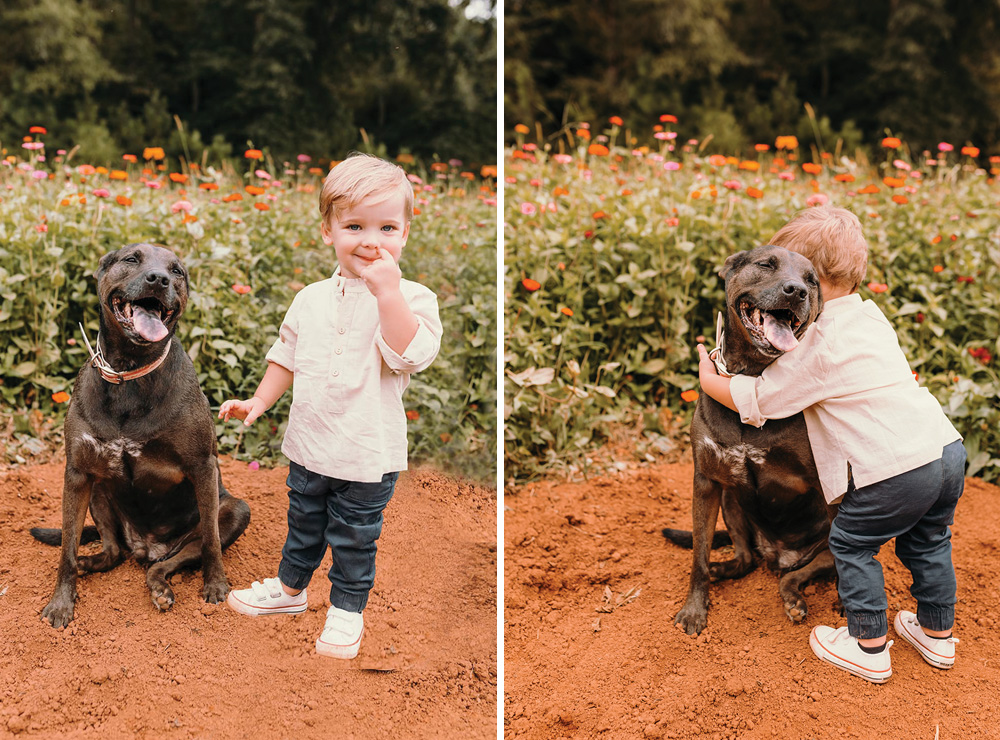 Hair of the Dog

In 2013, Alexia Evans had just graduated from Auburn University. She was renting a one-bedroom apartment, adjusting to life after college -- along with her new roommate, Scout, a year-old shepherd-mix rescue.

"We partied it up together," Evans remembers. That year, in preparation for the SEC football championship, Evans bought a smattering of shooters, tiny bottles of Fireball Whisky and a variety of Crown Royal flavors, including maple, which turned out to be Scout's favorite.

"He ate like 4-6," she says. "I will never forget walking in and seeing them on my coffee table, covered in teeth punctures. He only ate the maple-flavored ones."

That same day, she says, Scout chewed up a pair of Oakley sunglasses and Rainbow flip-flops -- perhaps in protest of not being allowed to attend the game.

"No dogs in the stadium," Evans says. "He was in pregame mode though."

Eventually, both Scout and Evans outgrew their party days and settled down in Chattanooga.

"His alcoholism did not kill him," she laughs. "He's 10 now and a total gentleman. Gentle; loyal; a good listener. He's way out of that phase." 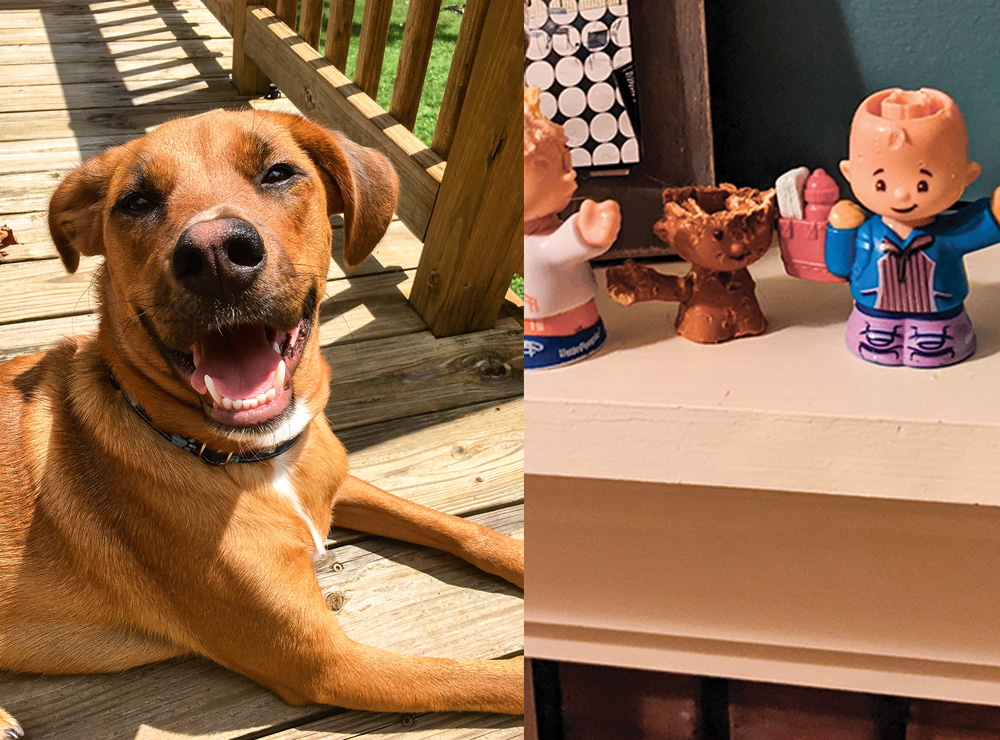 Wyatt has always had a taste for hard plastic toys. But any toy will do, really.

"We have a running joke whenever we can't find a toy, we're like, 'Wyatt probably ate it,'" says Erika Weigle, whose family of four adopted the shepherd mix two years ago from Chattanooga's A Paw and A Prayer Rescue.

Wyatt, now 5, is a bored chewer, Weigle says. If he's idle too long, he heads to the toy basket beneath the fireplace and has his pick of the litter, so to speak: a Barbie doll; an Anna doll; a plastic giraffe souvenir from the Chattanooga Zoo, which the family realized he'd taken only after finding pieces of it regurgitated in the backyard.

Once, when they left Wyatt with a pet sitter, he ate an entire village of Fisher Price Little People.

"He ate about 10. My neighbor was watching him, and she sent a video of the massacre -- plastic body parts everywhere," Weigle says, adding, "He's very gentle with the girls [Camden, 4, and Teigen, 2]. Just not their toys." 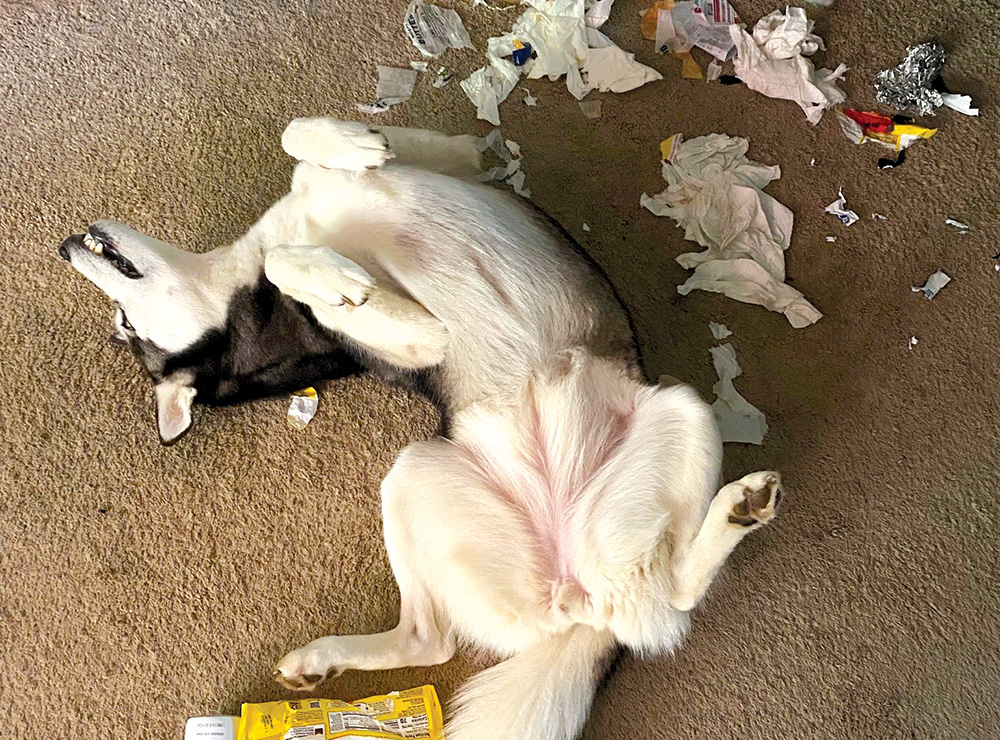 "River has eaten so many things. Most recently, a bag of giant marshmallows which she proceeded to puke all over my camper. She's eaten 750 q-tips, a whole bottle of [anti-inflammatory drug] carprofen, the interior of my last car, several bags of potatoes ... She naughtyyyy." ~ Rachel Story 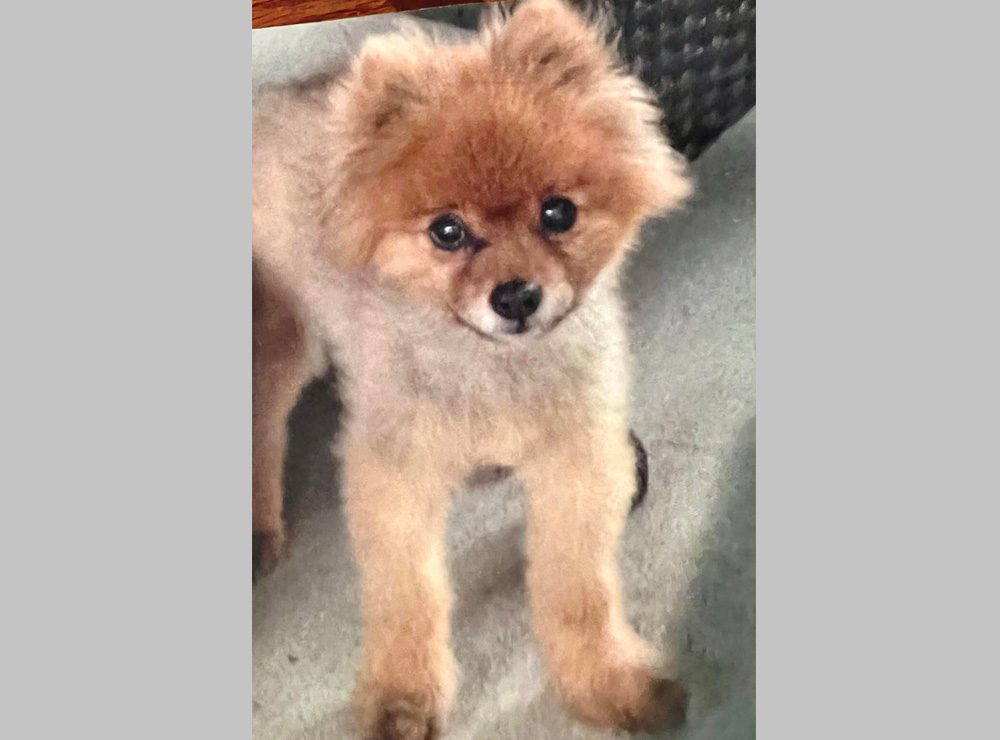 "Many years ago, our little Pomeranian named Bonnie ate a whole loaf of bread from Harvest Bakery in North Chattanooga. We had just purchased it and put it in the car with Bonnie. We went to another store and came back and the bread was gone. ... Bonnie would eat anything: potato, onion, bread, etc. Such a sweet soul." ~ Pat and Lisa Hagan 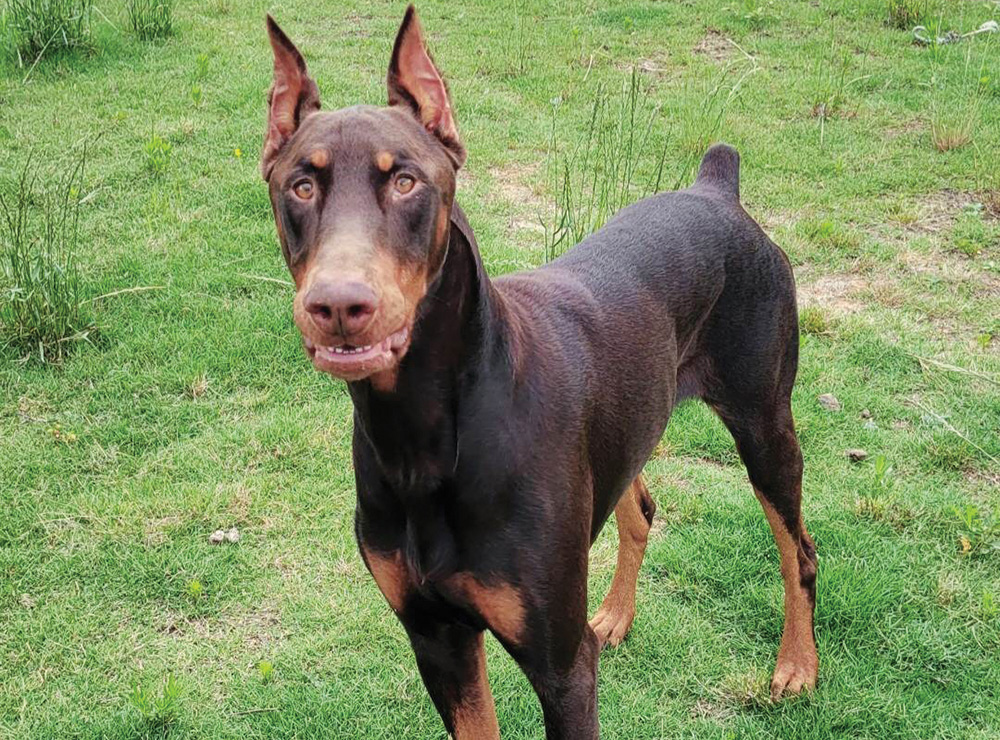 "Scrunchie, came out as a whole from the other side to." ~ Ashley Pratt 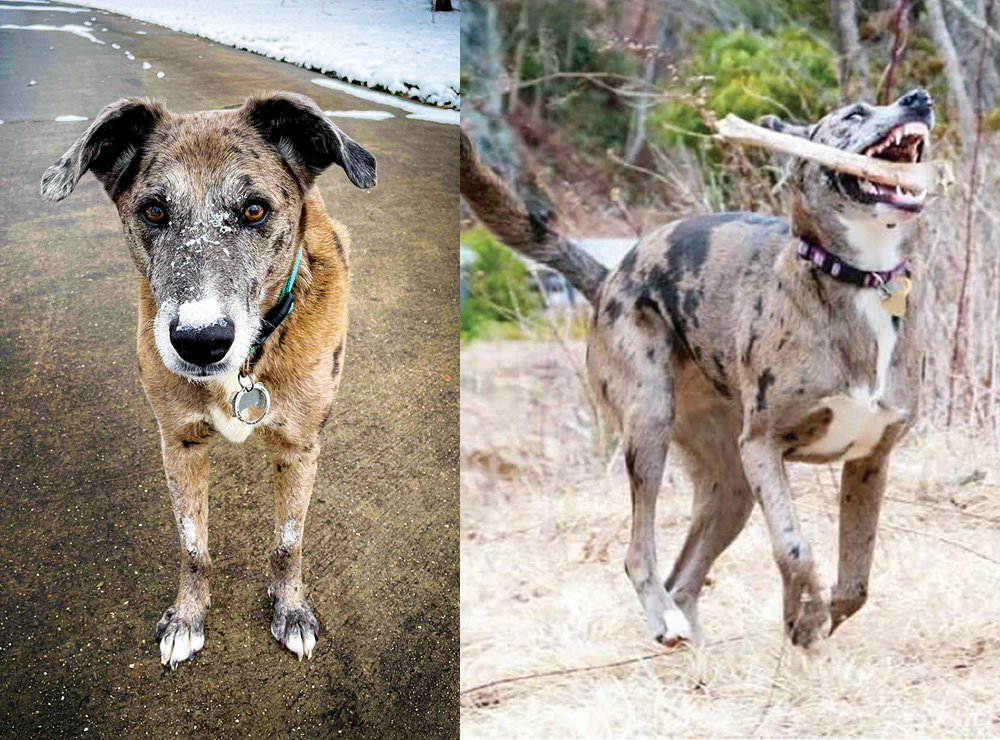 Photos contributed by Melissa Hickson / Cookie once ate something in the trash and ended up in the vet school ICU for days.

"Cookie has eaten (and passed, intact) a couple Walmart bags. She's also been in the vet twice for poisoning: Once she ate an entire 1-pound bag of raisins, and another time she ate something in the trash and ended up in the vet school ICU for several days, came very close to dying. Expensive brat." ~ Melissa Hickson 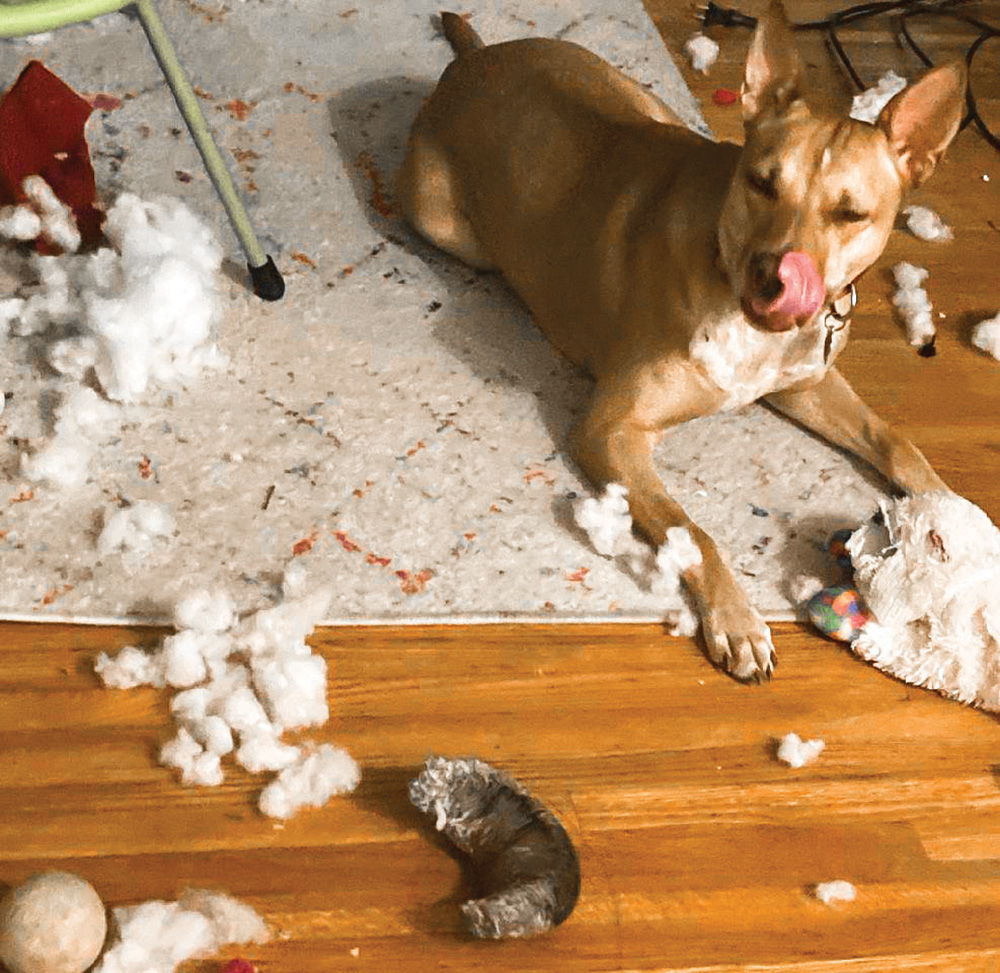 "[I had a foster that] loved to open drawers and boxes and pull out everything inside. Once I came home and the floor was covered in $1 bills. Like, at least 50 bucks worth. I have absolutely no idea where they came from. Her [other] favorite hobbies consist mainly of hiking and disemboweling stuffed animals." ~ Bryan Isbell 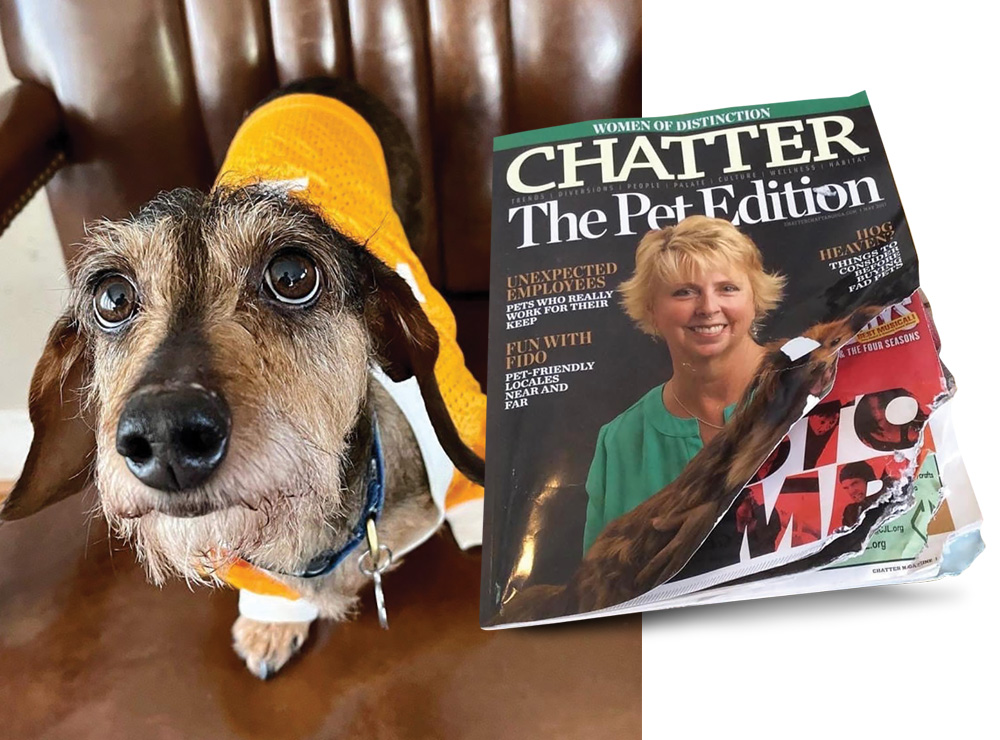 How to protect your pooch

Dr. Robert Knarr, owner and veterinarian at East Ridge Animal Hospital, has treated many local pets following their ill-fated feasts. He’s seen it all in their stomachs, everything from chainmail to acorns to fishing lures and socks.

“Socks and dirty clothes are rather common,” he says.

The risk of fabrics and similar objects is that they are linear foreign bodies, he says, long, string-like materials that can become lodged in the intestinal tract, which can be fatal.

If your pet eats something it shouldn’t, Knarr says it’s important to monitor them closely.

“The main thing to look for is if your dog is eating normally and if it’s going to the bathroom. It’s amazing what a dog will pass,” he says. However, if the dog is vomiting, you need to have them treated.

Remember, Knarr says, if you see a problem, “the longer you wait, the more expensive it’s probably going to be.”