If I'm ever feeling down, I can always count on a scroll through my social media feed to bring me back up thanks to the plethora of animal-related accounts I follow. Seeing the animals' sweet faces and the people who dedicate so much of their time to making their lives better makes my life feel a little better, too. When I'm really looking to add a bright spot to my day, I make a donation. If you love animals as much as I do, I encourage you to follow one or all of these Instagram accounts.

Naughty Cat Cafe (@naughtycatcafe) owners Heath Hanson and Whitney Sickels have dedicated their lives to finding homes for cats. More than 30 cats are in their care at any given time, awaiting adoption, and the cafe's Instagram feed features portraits of those recently adopted with their new families -- never failing to bring a smile to my face.

All the cats they take in at the cafe are those that haven't had luck getting adopted from local shelters, including those that have been abused, neglected, hoarded, living in a shelter for more than a year or adopted and returned to a shelter multiple times. Hanson and Sickels take great care in making sure each cat -- more than 1,000 in the cafe's three years in operation -- goes to a great home, and it shows in their Instagram account. 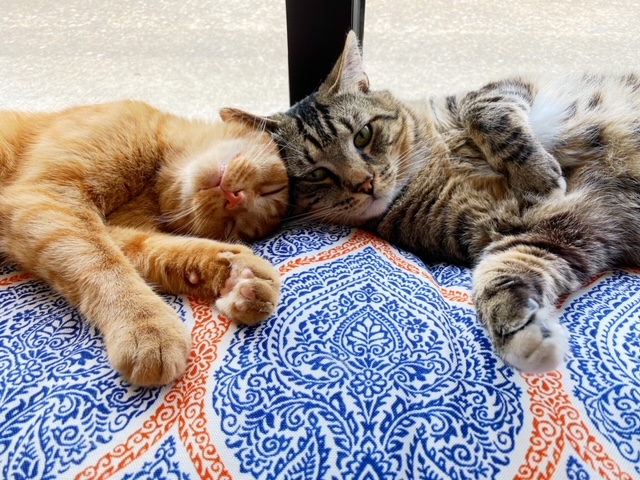 Dozens and dozens of cats lounging in a single space is a beautiful sight to behold, and when you can't be there in person, the cafe's 10,000-plus followers would agree that seeing it on your phone is a pretty satisfying substitute.

Here are a few other local shelters to follow:

Humans aren't the only ones who can leverage their good looks to build a legion of followers online. While pet influencers' abilities may be limited to looking adorable, it's no secret that many human influencers get a little help with content creation as well. 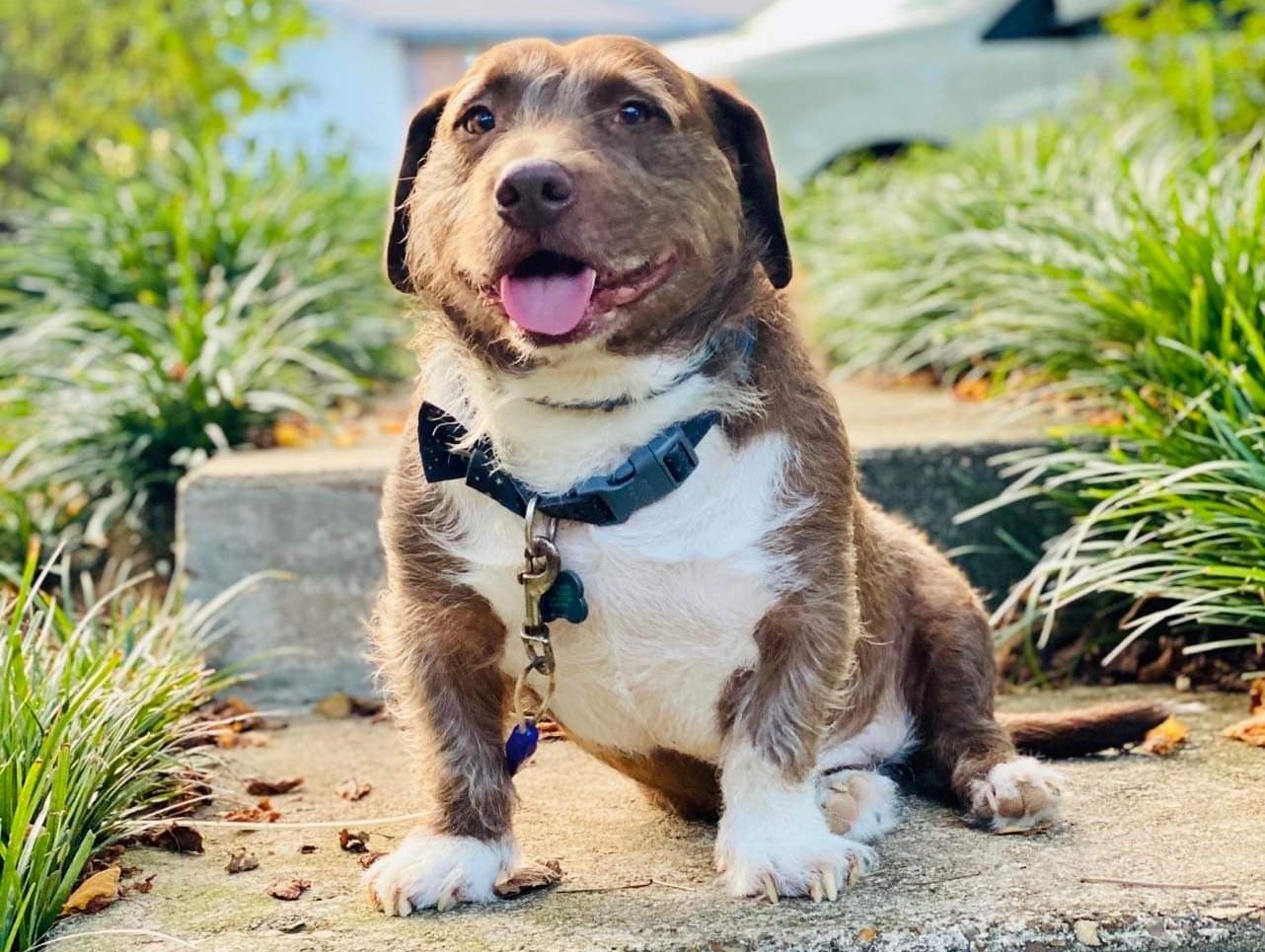 Among the local animal influencers we love to "like" are mixed-breed dogs Hank Allen (@hankasaurus_tex) and his housemate, Gunther, who often guest-stars in Hank's videos. Hank's human, Jennifer Allen, says she spotted Hank when he was featured as an adoptable pet from the Humane Educational Society on a local news show in 2018, about a month after she lost her basset hound.

"His short little legs caught my attention," Allen says. They've now caught the attention of 47,000 others since she started Hank's Instagram account in 2020. "People love how he sits like a person and waits for his girlfriend, Penny, who lives across the street, all day long," she says. "He also loves going on pup rides to the 'boney store' [AKA PetSmart]. He's a staff favorite there!" 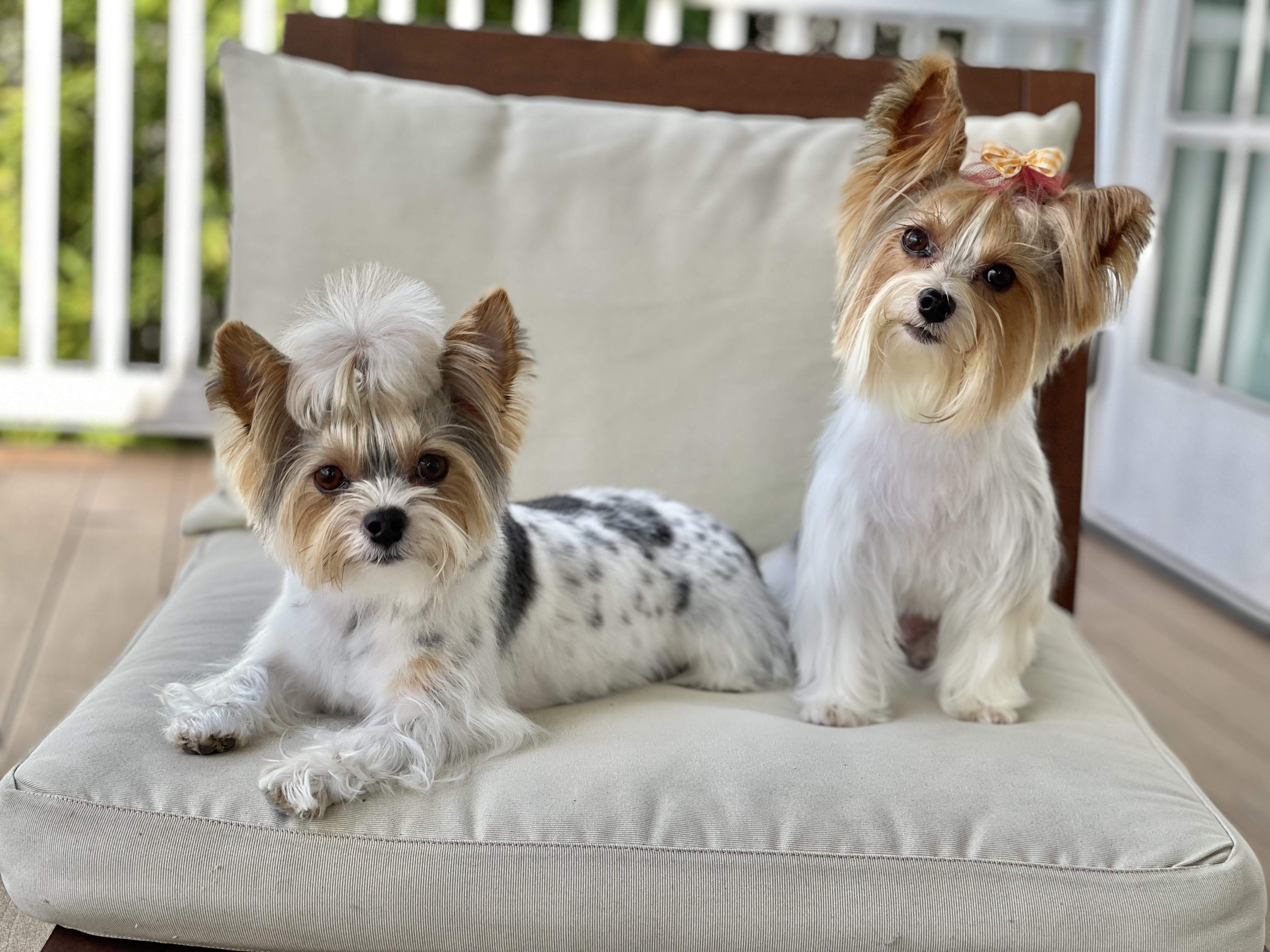 When it comes to looking adorable doing everyday activities, local Yorkshire terriers Ruby and Bodhi (@ruby.and.bodhi) are pros. "They also come along with us anytime we travel and love spending time hiking and running on the beach," says owner Jenn Gailey. Most of their 5,500 followers are women ages 25-36, according to Instagram stats, and many are fellow dog accounts, she says.

Pembroke Welsh corgi Winston, (@wee.lil.winston) is another attention-grabbing, short-legged stud. Described by his human, Laurie Martin, as "sassy n sweet," Winston boasts nearly 7,600 followers on Instagram. Martin started an account for Winston because she felt people who follow her personal account would become weary of her constantly posting photos of her dog, she says.

While Martin says Winston's account started out as a joke, "it became an obsession of sorts." Through the account, she began making friends across the U.S., so she started sharing information about Chattanooga and the city's dog-friendly venues. Now she uses Instagram to share Winston's journey to become a therapy dog at Erlanger Hospital through an organization called HABIT (Human-Animal Bond in Tennessee). 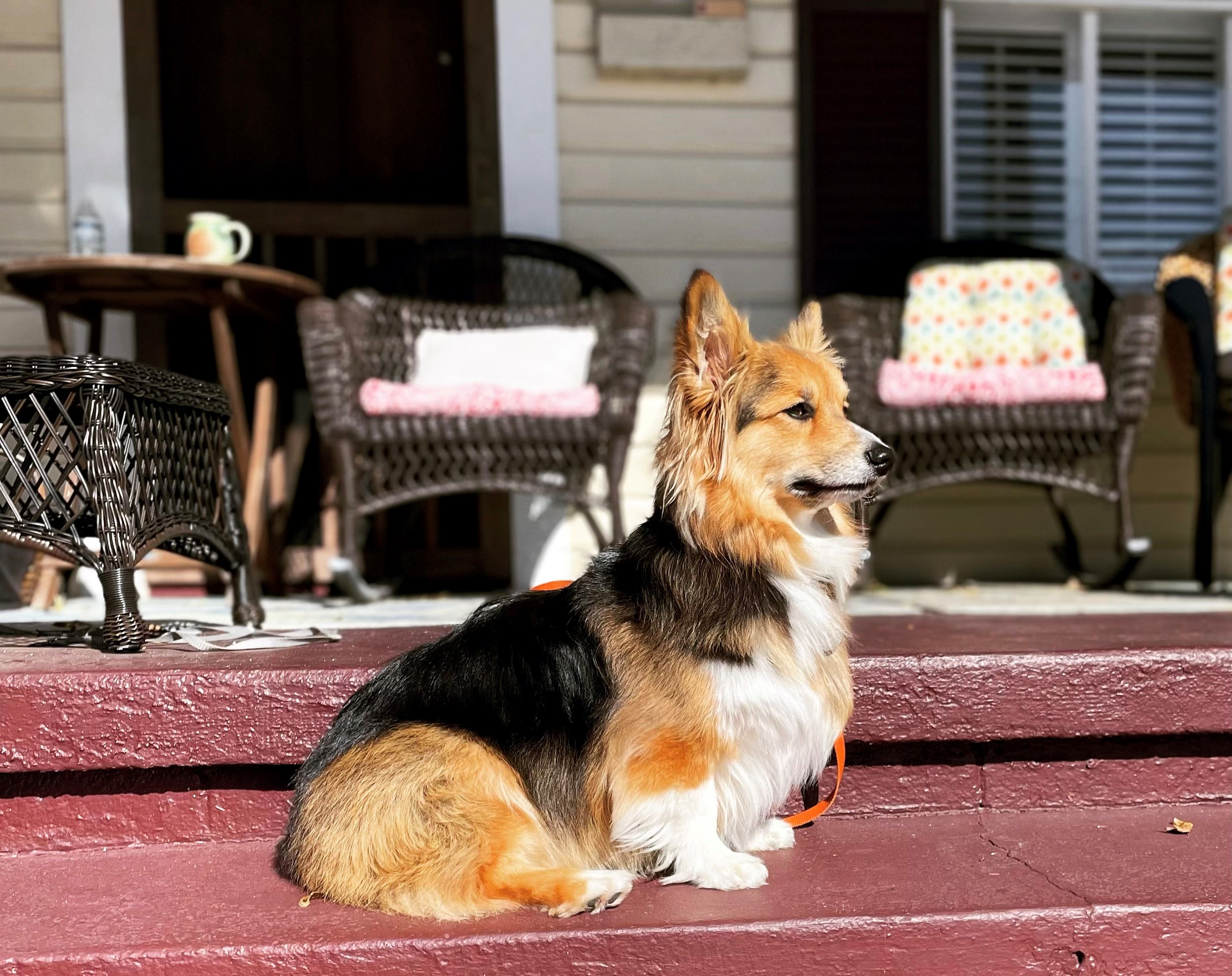 "It does allow for some extra treats, fun toys and cute bandanas for a very well-loved corgi," she says. But, "the biggest reason we're on social media is community and to brighten someone else's day."

Another feel-good account for feline fans is Chattanooga Feral Cat Alliance (@chattanoogaferalcatalliance), a local nonprofit organization that works to humanely reduce the overpopulation of feral and community cats through trap/neuter/return services and education. Operating entirely on donations, the organization's volunteers trap feral cats and transport them to area spay/neuter clinics where the cats are spayed or neutered, vaccinated against rabies and receive an ear tip -- the universal sign of a sterilized, feral cat. Once recovered, the cats are returned to their outdoor homes, called colonies, where they're provided food and winter shelter by their caretakers, says Megan Morris, who founded the organization in 2019.

Blue House Cats (@bluehouse_cats) is an Instagram account run by Morris' trapping partner and Chattanooga Feral Cat Alliance board member Evelyn Greter, who uses the account to fundraise separately for her efforts to get feral kittens into foster homes or rescues.

Scratch, Inc. (@scratchtnr) is another local nonprofit organization focused on trapping, spay/neutering and releasing feral cats, which volunteers also work to get fostered and adopted. 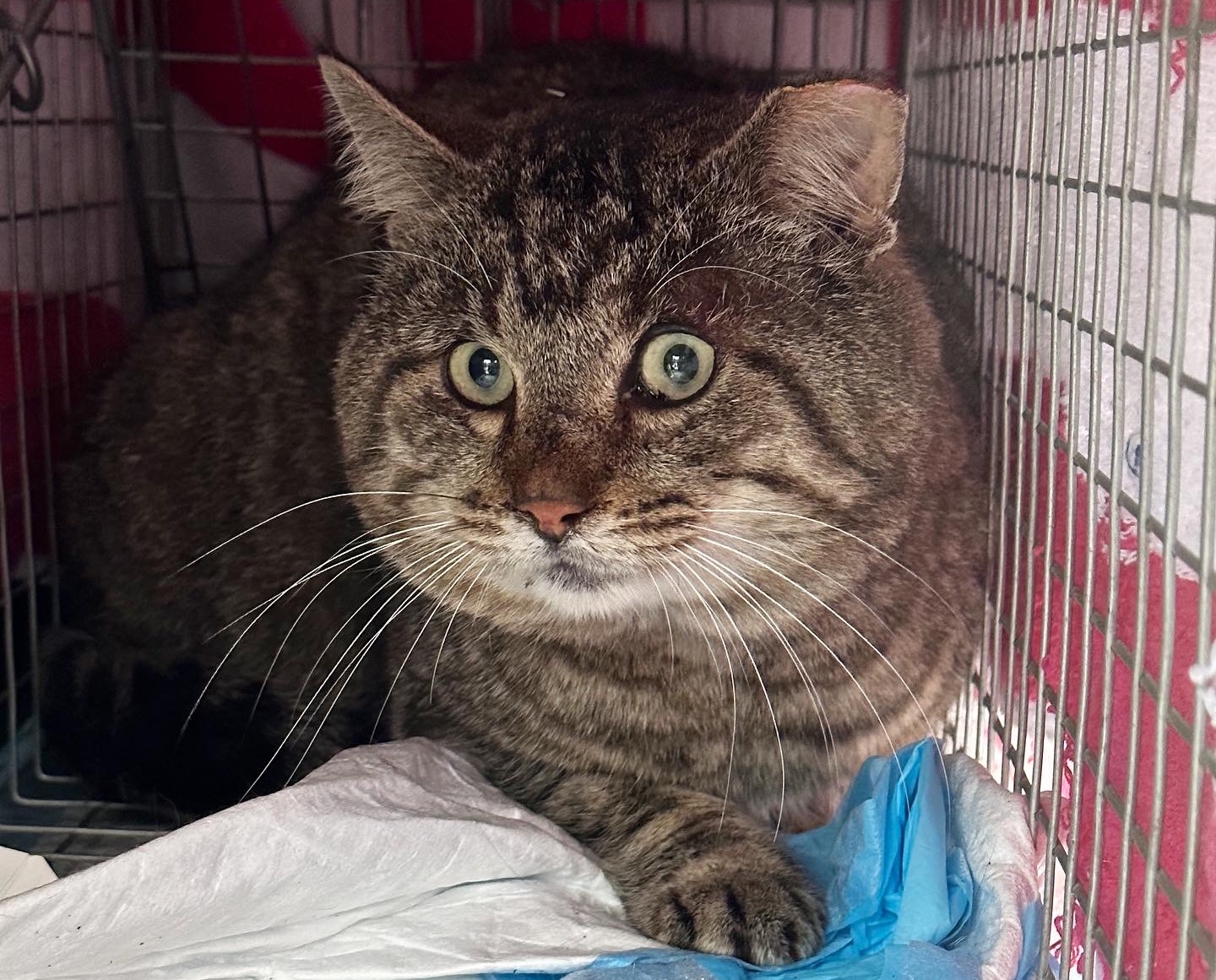 Photo contributed by Chattanooga Feral Cat Alliance / Sandstone is ready to be released back into his feral cat colony after being trapped and neutered.

Opie Acres (@opieacres) is a wildlife rehabilitation center that focuses on injured and orphaned opossums, as well as skunks, hedgehogs, raccoons and other small, adorable critters you'll love seeing in your social media feed.

For Fox Sake (@forfoxsakewildlife) is another account providing constant cuteness in the form of foxes, raccoons, turtles, opossums and bobcats.

Camp Wildernest (@campwildernestwildlife) is a local wildlife rehab for birds and turtles, and Marshall Creek (@marshallcreekwildliferehab) is a Signal Mountain squirrel sanctuary that provides ample eye candy for squirrel lovers.