Tennessee, which was the top state in the country for inbound moves two years ago when the pandemic first hit, slipped a bit in U-Haul's newest ranking of the most popular states where people are moving into during the past year.

But Tennessee and neighboring Georgia, Virginia and the Carolinas all remain among the top 10 states where more people relocated to last year using one-way U-Haul trailers.

Texas and Florida remained the top two preferred destinations of one-way U-Haul truck customers in 2022 for the second consecutive year. U-Haul transactional data confirms that migration to the Southeast and Southwest United States continued through last year, although overall do-it-yourself moves slowed slightly in most states from the record-breaking number of moves in 2021.

"Ultimately, I think Tennessee continues to be popular because the cost of living is cheaper and we have no state income tax," Chris Hardin, president of the U-Haul Company of South Nashville, said in a report on the new moving trend data. "I think Tennessee dropped slightly in the U-Haul Growth Index because of the huge increase in tech jobs that became remote during the pandemic and some of those people being called back to their California and New York offices in 2022. But we continue to have a beautiful state that a lot of people want to make their home."

Demand for equipment out of California, Illinois and New York remained strong in 2022, as more people opted to leave areas of the West Coast, Northeast and Midwest. California and Illinois ranked 50th and 49th, respectively, on the U-Haul Growth Index for the third consecutive year, meaning those states saw the greatest net losses of one-way U-Haul trucks. 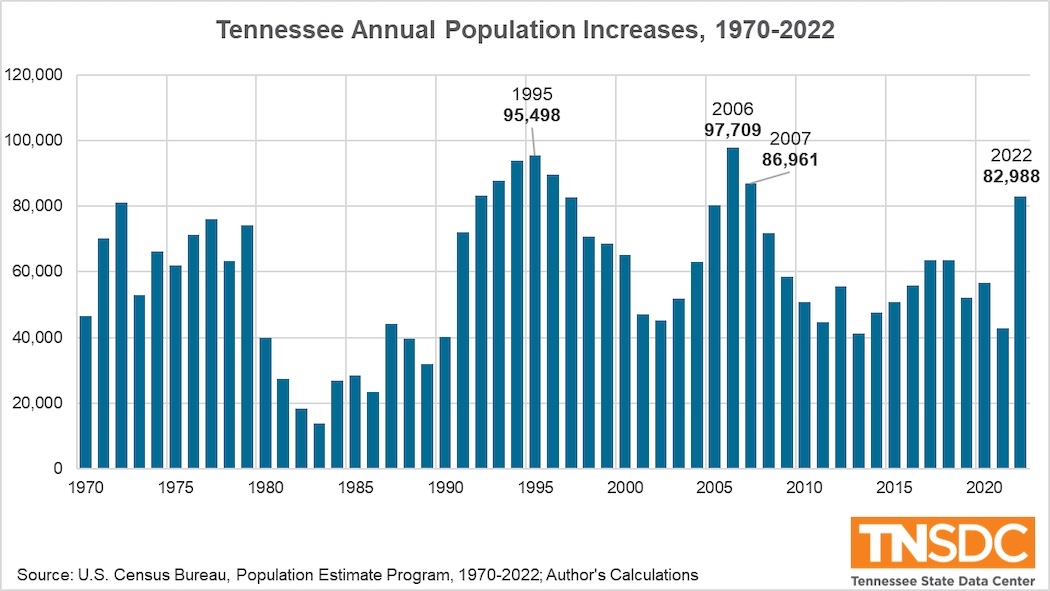 "While overall migration in 2021 was record-breaking, we continue to experience significant customer demand to move out of some geographic areas to destinations at the top of our growth list," John "J.T." Taylor, the president of U-Haul International, said in a summary of the moving trends data.

Tennessee was the No. 6 growth state in America last year, according to the U-Haul Growth Index. People arriving in Tennessee in one-way U-Haul trucks dropped 7% over 2021, while departures fell 6% as overall traffic slowed from the previous year.

In 2021, Tennessee ranked No. 3 among all states in the share of people moving into the Volunteer State. 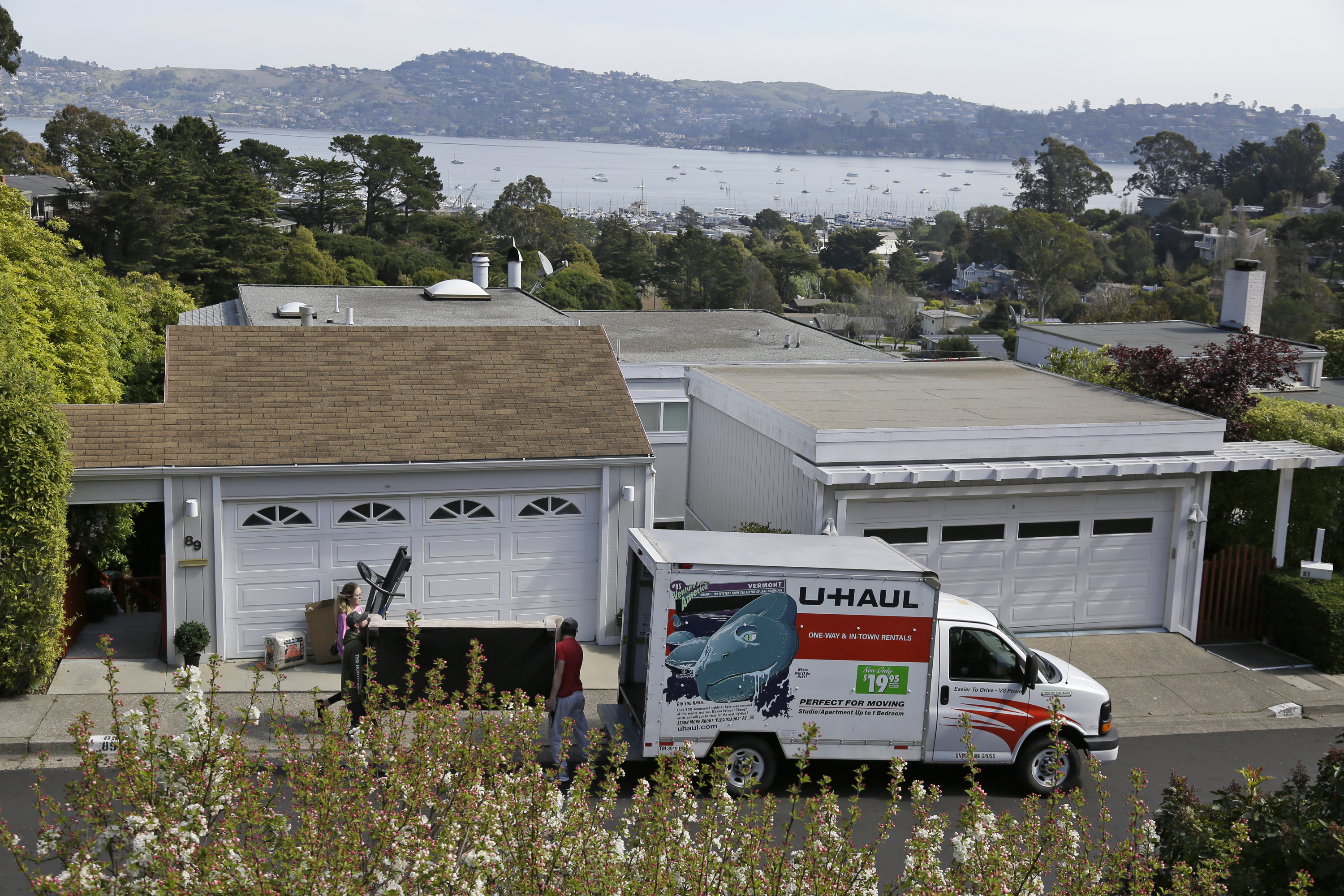 AP Photo by Eric Risberg / In this photo taken in 2020, a sofa is carried to a U-Haul rental moving truck as people move out of their home in Sausalito, Calif. California ranked 50th on the U-Haul Growth Index for the third consecutive year in 2022, meaning it saw greatest net losses in the nation of one-way U-Haul trucks.

The immigration of residents shown in the U-Haul data is similar to the population estimate trends in recent years by the U.S. Bureau of Census, which has also shown a gain in domestic migration to Tennessee.

But unlike the decline in moves to Tennessee last year shown by U-Haul, the U.S. Bureau of Census estimates the pace of people moving into Tennessee increased last year over 2021 and more than offset a decline in the natural population of the state. Although Tennessee recorded more deaths than births last year, an influx of relocating residents from other states helped to swell the state's overall population by 82,988 -- the biggest yearly gain for Tennessee since 2007.

The census bureau said Tennessee's growth rate last year was the seventh fastest among all 50 states and Georgia ranked No. 4 in is population growth pace, behind only Florida, Texas and North Carolina.

"We saw an increase in net migration that boosted the population gains from just over 50,000 in 2021 to more than 82,000 last year," Tim Kuhn, director of the Tennessee state data center, said in a telephone interview Tuesday. "The increase pushed the state's population over the 7 million mark for the first time, as it surpassed Massachusetts to become the nation's 15th most populous,"

Overall, 32 states and the District of Columbia added population in 2022, according to the new census estimates released in late December. The South region -- which covers a broad 16-state area from Texas to Florida to Maryland -- added 1.3 million new residents, led by Texas and Florida, which both added more than 400,000 new residents. That was the only region of the country with positive net domestic migration, Kuhn said.

Texas remained the top growth state last year for the second consecutive year. Tennessee, which ranked No. 1 in 2020 and was No. 3 in 2021, slipped to No. 6 among the 50 states last year in the share of inbound moves compared to the number of people leaving the state.

Coming this weekend: A look at what is drawing more people to Chattanooga 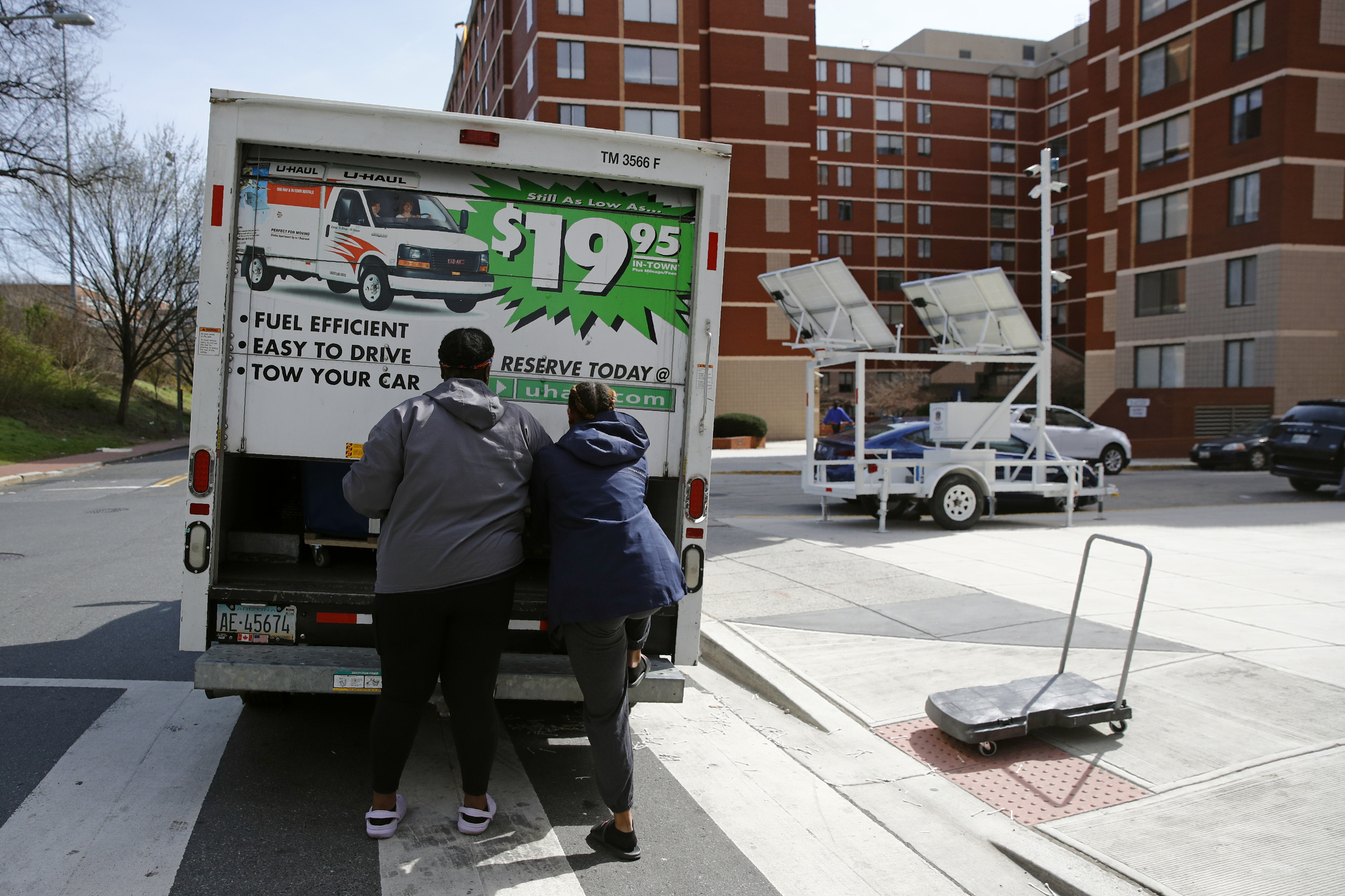 AP Photo by Patrick Semansky / In this 2020 file photo, students finish loading belongings into a U-Haul truck as they move out of their dorm in Washington. After ranking first on the U-Haul Growth Index in 2020, Tennessee ranked sixth in 2022, meaning it drew the sixth-highest gain in the nation of one-way U-Haul trucks.
Advertisement
Advertisement