A chain of East Tennessee-based martial arts studios lied about how profitable and easy-to-run its franchised locations would be, a federal lawsuit alleges, collecting thousands of dollars in royalties and fees while many of its owners lost money.

Premier Martial Arts, based in Knoxville, has a location in East Brainerd operated by Vice President Myles Baker, one of the defendants in the lawsuit.

The complaint, first filed in November, accuses the company of fraud and racketeering and asks a federal court to award damages to a group of more than 50 plaintiffs who say they've lost thousands of dollars during the franchising process.

The plaintiffs represent about a quarter of the more than 200 owners operating studios under the Premier Martial Arts brand, according to the complaint.

Premier Martial Arts was recently named the No. 1 children's fitness franchise of 2022 by Entrepreneur Magazine. The company was purchased by Unleashed Brands, a parent company to several other children-focused businesses, in January 2022.

"As the interest in mixed martial arts increases and reaches an all-time high, Premier Martial Arts is growing to fill the need for sports that inspire discipline and develop character in children," a news release from the company last week said. "Premier Martial Arts has seen significant growth in the past year with the opening of 110+ studios across the country with an additional 65+ leases signed for development in the next year."

A lawyer representing the lawsuit's 54 plaintiffs and an attorney for Premier founder Barry Van Over both declined to comment Monday, citing the the litigation. Van Over and Baker, who owns the East Brainerd location, could not be reached for comment.

The company began franchising new locations in 2018, the complaint says. Before that, its studios were largely run by full-time martial arts professionals licensed under the Premier brand.

After some time, and to help market the franchise model beyond the relatively small world of martial arts, the company hired a third-party agency called Franchise Fastlane, according to the complaint. The new sales pitch it made to potential owners, the lawsuit alleges, promised a business that could be run with as little as 10 working hours a week and two staff members. Profit margins could reach as high as 40%, the company allegedly said.

Josh Smith, who owns and operates four Premier Martial Arts studios in the Nashville area, said that margin has never been realized, as far as he knows. He was the company's second-highest earner last year, Smith said in a phone call on Monday, and sees profit margins around 20% when all is going well. 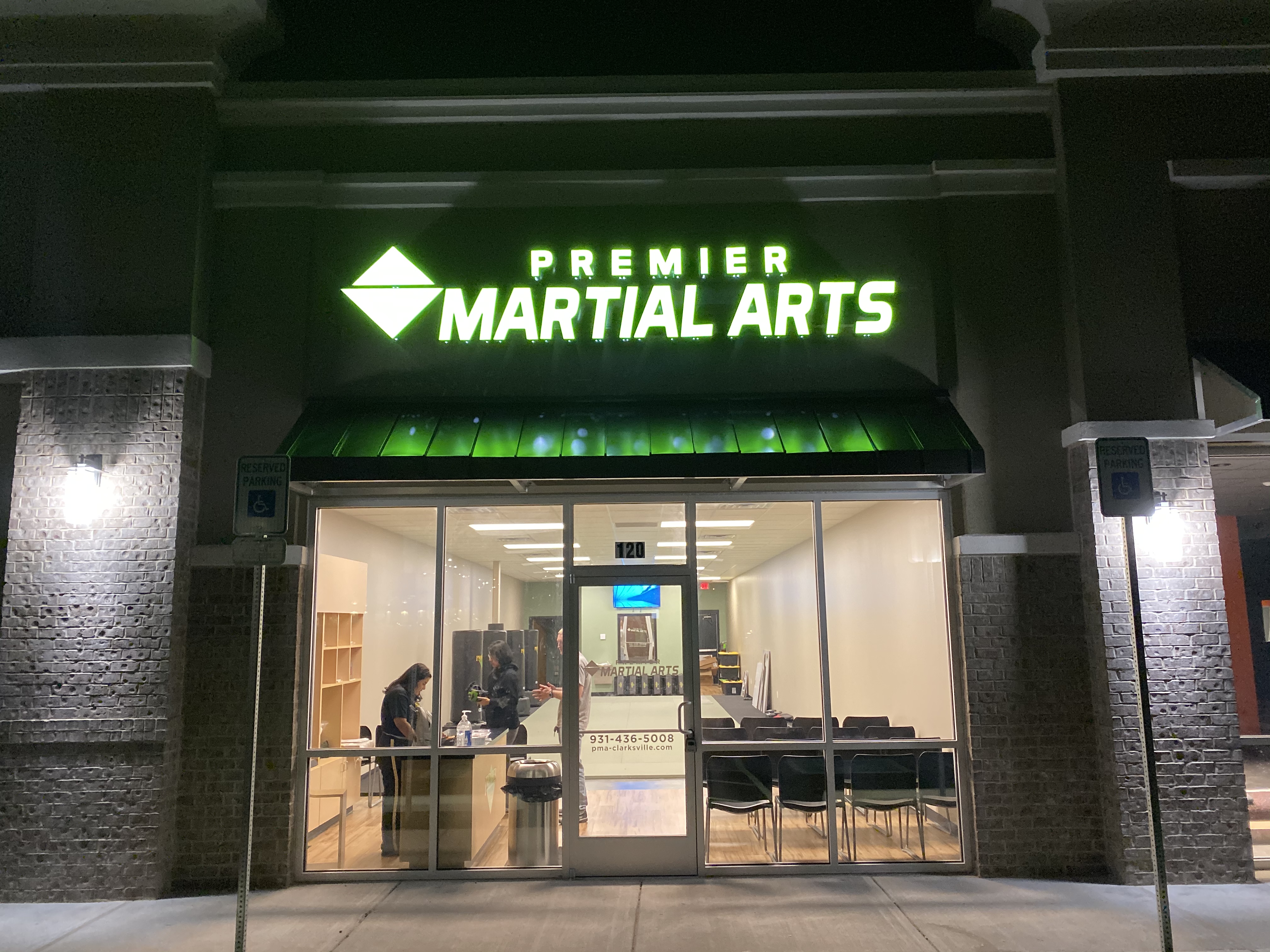 Contributed Photo by Josh Smith / A Premier Martial Arts studio in Clarksville, Tenn., is lit up at night. The company, which franchises locations around the country, is accused of fraud and racketeering in a federal lawsuit.

"In hindsight, it was almost too good to be true," Smith said.

Smith is what the company calls a "legacy owner," meaning he has a background in martial arts himself and ran his studios first independently then licensed under the Premier Martial Arts brand before the company began franchising. He is not involved in the lawsuit.

The complaint also alleges owners were promised help with hiring and training, access to Premier success coaches and traveling instructors to fill gaps in staffing if needed, but owners in the lawsuit say that promise was "simply not true."

To run a Premier Martial Arts location, the lawsuit states, owners were told they had to use the company's own software and marketing, which many said was not effective, according to the complaint. Owners were also required to use contractors chosen by Premier to find and lease studio space and for construction. In less than three years after the business began franchising, more than 700 locations had been purchased -- though not all have made it to their opening, Smith estimated.

The lawsuit alleges owners were also pressured to buy multiple locations, each of which cost tens of thousands to start. The company reportedly offered discounts on franchising locations after an owner's first and encouraged owners to use cash flow from one location to fund others.

Owners were also made to sign forms that often looked like additions to their contracts but which contained clauses releasing the company from liability, the complaint alleges.

Smith said many of the franchise owners were retired or working full-time professionals, such as doctors or lawyers, who purchased a location in the hopes of making some supplemental income. Some of the owners involved in the lawsuit report losing life savings or retirement funds thanks to their franchises, the suit states.

"These are smart people, very professional, with good credit," Smith said. "A majority of these owners have had to close within six to 12 months, and there's more on the horizon."

The plaintiffs operate studios in several states, including California, Colorado, Florida, Georgia, Michigan, Pennsylvania and Texas. Just one is based in Tennessee, operating a Murfreesboro studio.