After discussion, the TSSAA Legislative Council voted 11-0 in favor of sanctioning lacrosse in Thursday's teleconference meeting. In 2018, the TSSAA voted to sanction lacrosse for the 2021-22 school year, but that decision was put on hold in March 2020.

Tennessee becomes the 26th state in the country to provide formal recognition for lacrosse from the state's predominant high school governing body. Wisconsin had been the most recent state to sanction lacrosse this past December. The Georgia High School Association has awarded state championships in lacrosse since the 2004-05 school year.

Since 1993, club lacrosse programs around the Volunteer State have been governed by the Tennessee Scholastic Lacrosse Association.

"This is a tribute to the TSLA. They have held the sport together on a voluntary basis and created a viable league for quite some time now," TSSAA Legislative Council member Kenny Sholl said. "For them to sustain the league for several decades is pretty remarkable. It speaks to how great this sport is.

"The TSSAA sanctioning lacrosse provides another opportunity for student-athletes to learn a sport and get to play. I think this decision will enhance the sport throughout the state."

McCallie has won 11 state titles since its program was founded in 1989. Eamon Thornton, now the Blue Tornado's head coach, was a senior on the 2002 title team.

"This gives us recognition and legitimacy," said Thornton, who has been on McCallie's staff for more than a decade. "In some ways this puts us on the same level with more traditional sports like football and baseball. Getting sanctioned is great for the growth of the sport.

"The sport exploded in Georgia when it became sanctioned. You can only hope lacrosse explodes in Tennessee the same way."

Lacrosse is a spring sport in Tennessee and will have its first official season under TSSAA rule in 2025, when current sophomores will be seniors.

Currently, there are six boys' and six girls' lacrosse teams in the area and a total of 100 across the state. Numbers are expected to grow significantly by the first TSSAA season.

The three reigning boys' state champion programs are joined in the area by programs at Baylor, Notre Dame and Signal Mountain. On the girls side, Baylor, Bradley Central, GPS, Ooltewah, Signal Mountain and Soddy-Daisy field teams.

The average price of equipment for one lacrosse player on a low-end budget is $200. Each team competes with 10 players on the field: a goalkeeper, three defenders, three midfielders and three attackers.

For Patrick Wagner, recently named boys' head coach at Baylor, lacrosse becoming a sanctioned sport is a dream come true. He credited TSLA president Collin Welsh and many others for the breakthrough.

"Coach Welsh and company have fought an exhausting uphill battle for the past decade to make this a reality," Wagner said. "They never settled for the 'no' answer. The 15-year-old Signal Mountain lacrosse player in me, who was always told lacrosse would never be sanctioned or that it isn't a real school sport, is beyond overjoyed. The greatest obstacle to the growth and development of lacrosse in Tennessee has finally been removed."

Wagner added that the sanctioning of lacrosse is a big deal for players, as scholarship opportunities will increase with more of a spotlight on the sport. The Signal Mountain native also owns a nonprofit organization called No Excuse Lacrosse, the mission of which is to help establish lasting programs in every Chattanooga school.

"The sport is going to spread to both inner city and rural public schools alike, where lacrosse has previously struggled due to a lack of school support and funding," Wagner said. "Lacrosse players will finally get to experience the pride and recognition they deserve of being a real school sport.

"Now the real work starts locally trying to get these new programs funded and staffed. I encourage all former lacrosse players in the area to consider reaching out for coaching opportunities." 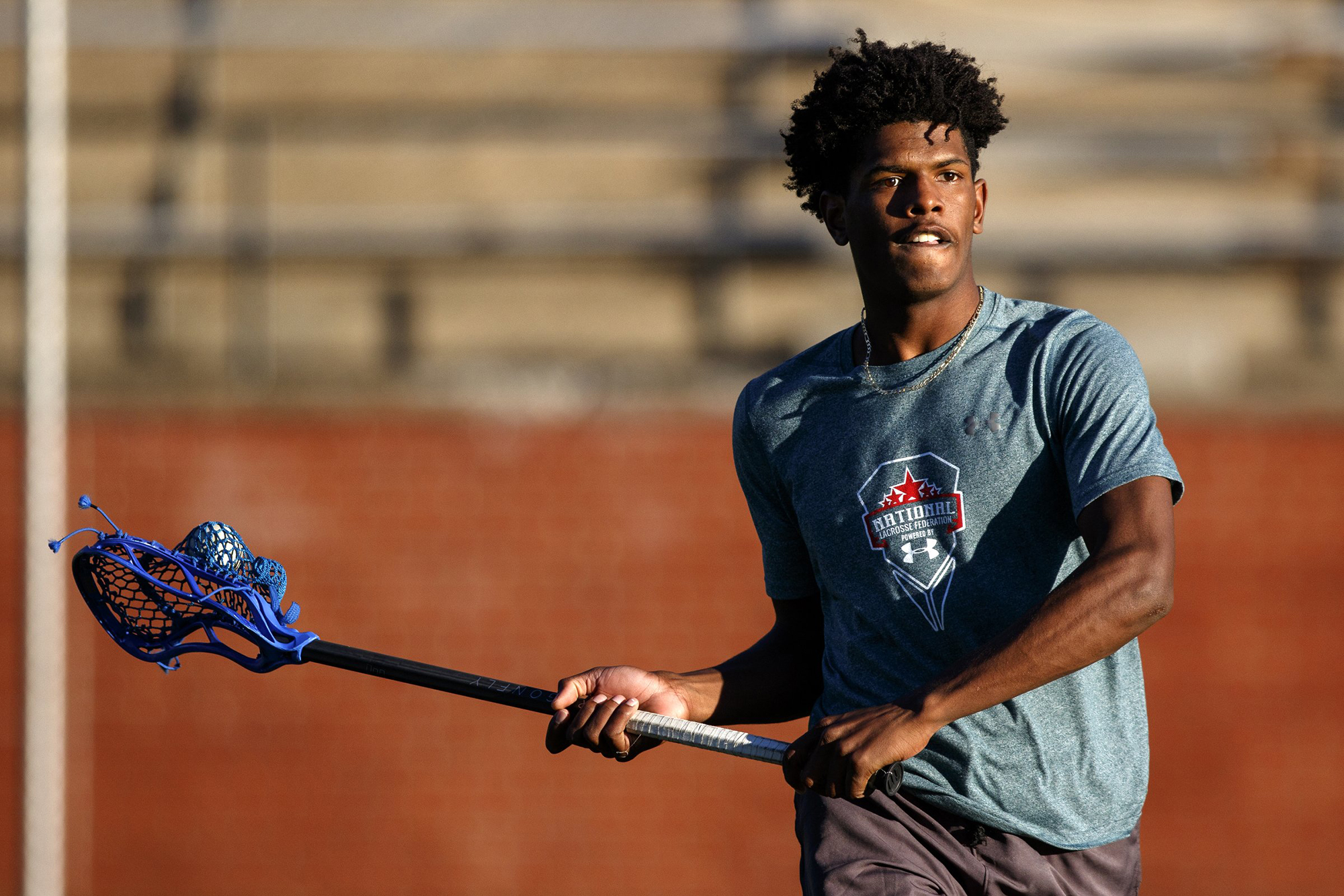 Staff photo / Ellison Burt-Murray practices at McCallie's Spears Stadium in January 2019. A senior for the Blue Tornado that year, he has gone on to play at Marquette University in Milwaukee.

Council members also slightly changed the wording on how potential violations of the TSSAA's "Amateur Rule" would be handled, a move that comes a little more than a month after voting to allow prep athletes to begin profiting from their name, image and likeness without affecting eligibility.

Thursday's vote altered the penalty statement of the rule to read that a student found to be in violation "may" be deemed ineligible for a period of "up to" 12 months in the sport of participation. According to a post on the TSSAA website announcing the change, that gives the TSSAA executive director and member schools the opportunity to take corrective action involving a potential violation prior to penalizing students with loss of eligibility.