It's tough to dislike a mystery novel that pulls the reader in with the promise of a psychic travel agent who may or may not be able to help solve crime. If that's not enough of a lure, the first chapter of Cherie Priest's "Flight Risk" features a missing dog named Cairo who is found with a human limb in his jaws. Who could put the book down after that? (But if it helps, there are several more dog appearances throughout the book.)

A longtime Chattanooga resident, Priest now makes her home in Seattle. "Flight Risk" is the second installment of her Booking Agents series, which follows psychic travel agent Leda Foley and sighing Seattle detective Grady Merritt. In this sophomore iteration, the pair follow a double missing-persons mystery: A philandering college professor and his wife have vanished, and Merritt comes to rely on Foley's less-than-conventional methods of information gathering to figure out where they've gone.

A good whodunit doesn't take itself too seriously, and here Priest hits a sweet spot between "Murder, She Wrote" and "Gone Girl." The animals in Priest's novel are full characters as well: Cairo, the good boy who finds the limb, is as dynamic as Leda's human best friend, Niki. Leda's fish Brutus doesn't get as much play, but there's a Honda Accord named Jason -- OK, technically not an animal -- that makes a bigger mark. "Flight Risk" contains elements of a solid police procedural, and Priest utilizes the known detective tropes to her advantage. The book pokes fun at itself while diving fully into certain mystery cliches. For example, we've often seen the hard-nosed male detective paired with the sometimes flighty and impulsive creative (psychic, therapist, nosy mystery writer) woman, but the setup doesn't feel stale in this story.

When the two of them go out together to search for clues, Grady explains to a confused fellow cop how Leda's psychic abilities work. As Leda zigzags around the woods of the Pacific Northwest looking for clues the way a dog might follow a scent, the officer asks: "Does she always work like this?" 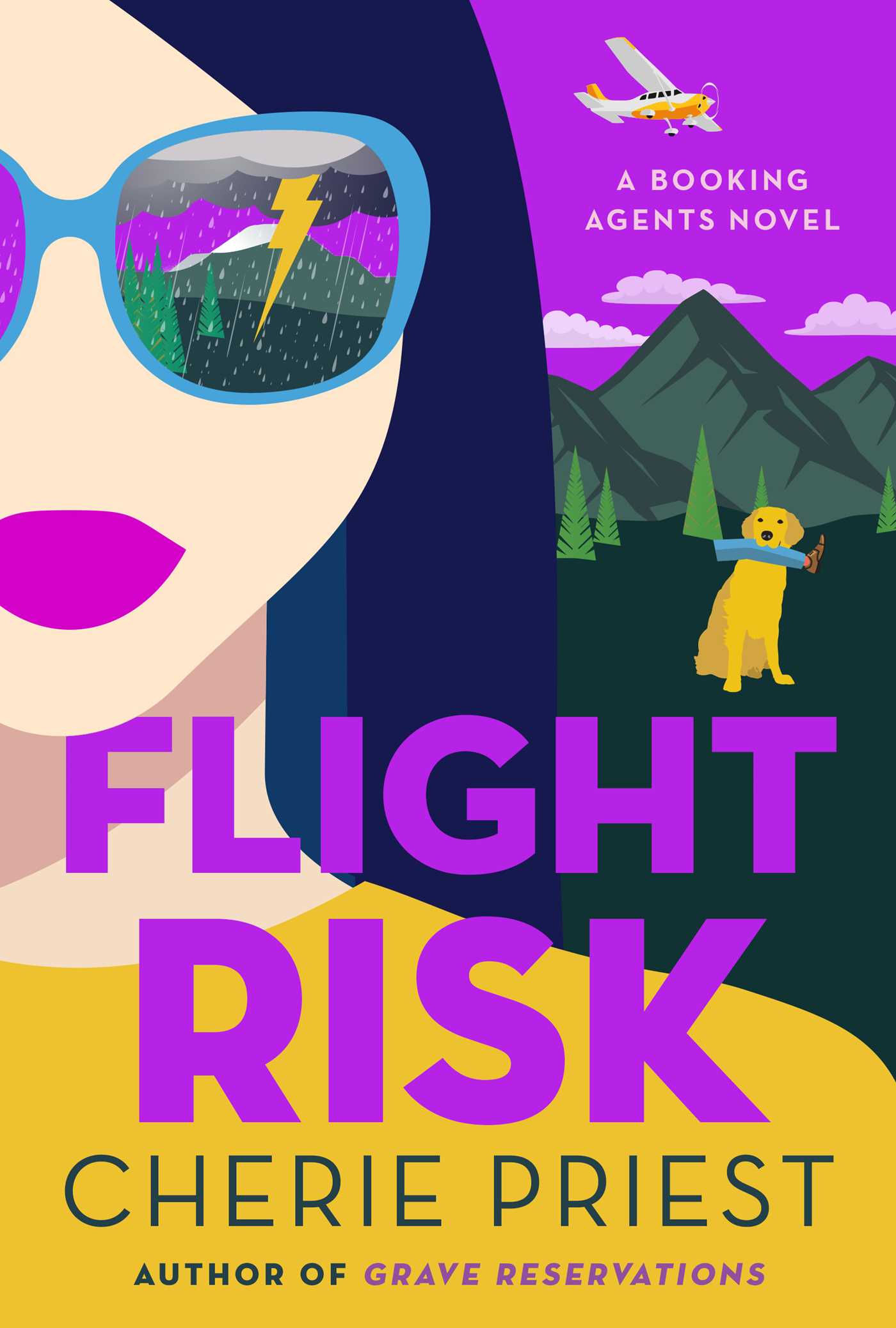 "Touching stuff? Yeah." Grady replies and goes on to explain her methods: "She touches things, holds them. Sometimes she gets useful information, and sometimes she doesn't. There's a specific term for what she does, but I forget."

Priest uses dialogue in a way that moves the story along quickly and, as above, defines a term like "psychometry" without being overwrought. The chapters alternate between Leda's and Grady's perspectives. We see Grady going through daily life with his teenage daughter, Molly, after he lost his wife. Leda, of course, is a travel agent, but she also uses her talents at a bar performing "klairvoyant karaoke," where she touches tokens from the crowd and then performs songs to match a potential object reading.

The hit-or-miss nature of Leda's intuition makes the evidence-building portions of the novel more exciting: What will happen if Leda touches the item? If she meets someone and shakes their hand, will she find more information? Is she really going to touch wild animal poop to see what visions it might contain?

The story is complicated by the fact that almost everybody seems like a suspect in the professor's disappearance, while there's only one plausible culprit for the missing wife. In fact, most people in the novel don't seem to care at all that the professor is gone because nobody quite cared for him. He slept with students, flaunted it, and didn't report his wife's disappearance until his son and brother-in-law stepped in. When the professor's son finds out details about his dad's case and doesn't seem to care, Leda tries to sway him to say something nice about his father.

"I don't know if anyone's all bad, but he really worked at it," the son says.

"Flight Risk" will have readers turning the pages to learn exactly who was involved in the dual disappearances, but the way the majority of the characters flat-out hate the professor will inspire just as much curiosity about exactly how he wronged one of his many foes and what that person did in revenge. The layers of speculation about the book's victim/villain make the novel a really fun read. As David Foster Wallace once wrote: "Nothing brings you together like a common enemy."