For the first time in the 47-year history of The Associated Press women's basketball poll no team from Texas is in the Top 25.

“Texas is the oil state and also has certainly been rich in women’s basketball as well,” said Mel Greenberg, who started the poll in the 1976-77 season while with the Philadelphia Inquirer. “When I started, the state had some of the best teams with Wayland and Stephen F. Austin. Then Jody (Conradt) at Texas and eventually Kim (Mulkey) at Baylor continued the tradition.”

Middle Tennessee entered the rankings for the first time in nine years at No. 23. The Blue Raiders (16-2) have won 14 consecutive games, including a victory over Louisville, which is the third-longest winning streak in the country behind the two unbeaten teams.

That pair is topped by No. 1 South Carolina (20-0), which has 26 consecutive victories dating to its run to the NCAA championship last season. The Gamecocks, who were again a unanimous choice from the 28-member national media panel, have been ranked atop the poll for 31 consecutive weeks — the fourth-longest streak ever. Only UConn (51 and 34 weeks) and Louisiana Tech (36) have had longer runs at No. 1.

Ohio State was still No. 2, although the Buckeyes suffered their first lost of the season later Monday, falling to No. 10 Iowa. Ohio State plays sixth-ranked Indiana later in the week.

Stanford flipped places with LSU for No. 3 after beating then- No. 8 Utah and No. 25 Colorado, which dropped a spot after the loss. LSU (19-0) is fourth and UConn fifth. 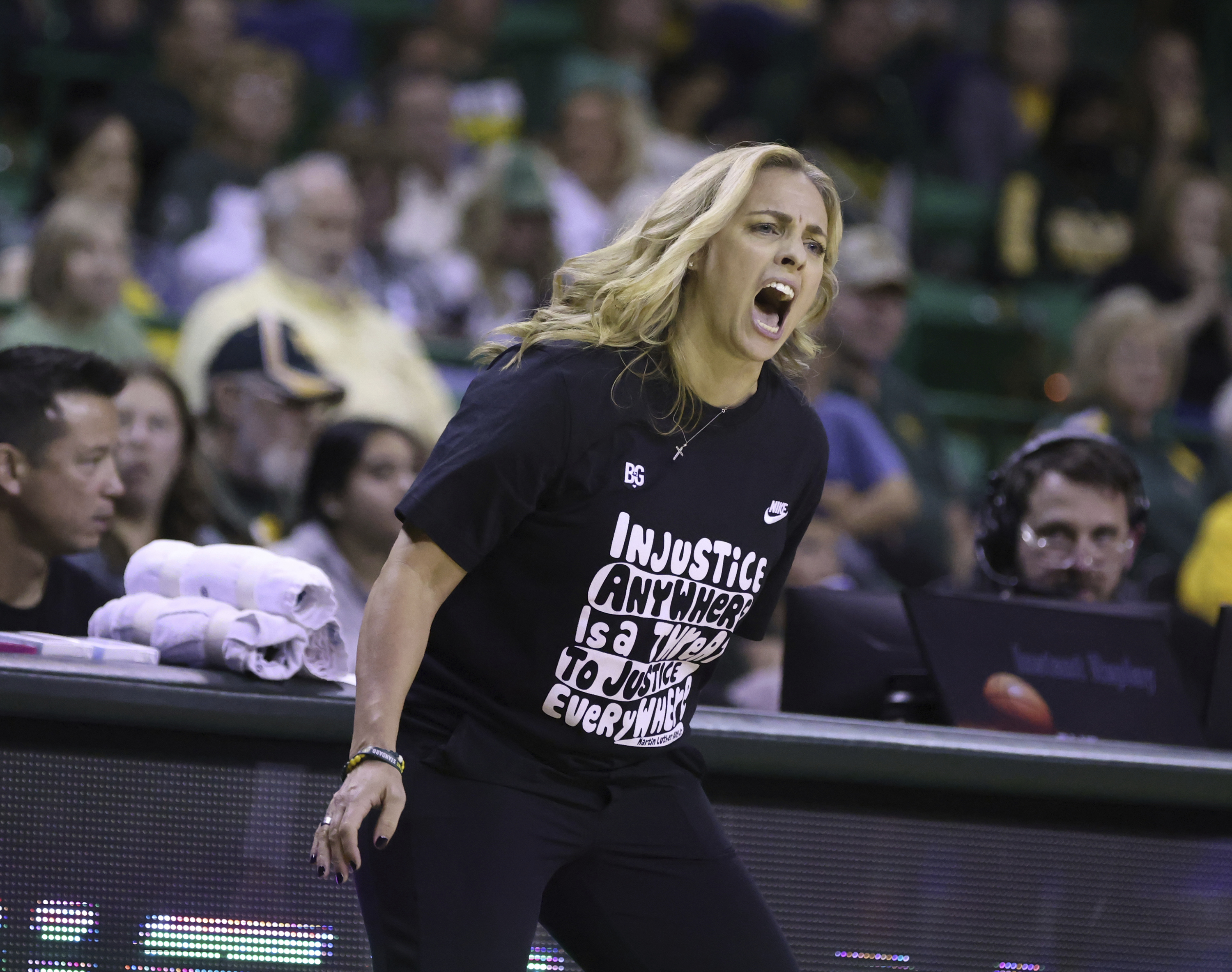 Baylor head coach Nicki Collen reacts to a play against Oklahoma State in the second half of an NCAA college basketball game, Wednesday, Jan. 11, 2023, in Waco, Texas. (Rod Aydelotte/Waco Tribune-Herald via AP)

The Blue Raiders are making their first appearance in the A( Top 25 since the final rankings in 2014 when coach Rick Insell’s team was 22nd.

“We've got a special group,” Insell said. “This year, we were able to beat (Louisville) which was a big win that showed we had a pretty good basketball team.”

Insell credits his team's run to the WNIT semifinals last year for being a springboard to this season's success.

“It’s big to be able to take your team in there,” he said. “I'm fortunate I had a young team, give them that type of competition. You’ll have good crowds and it’s an atmosphere you can build on. That’s what we’ve done with that. That’s why we’re at where we are.”

Florida State entered the poll at No. 24, its first ranking since 2021. Oregon fell out.

Baylor and Texas have been carrying the state flag over the past two decades in the women's Top 25; at least one had been ranked every week since Dec. 4, 2000. Teams from the state have won six NCAA titles (Baylor has three while Texas Tech, Texas A&M and Texas each have one). At one point over the last 47 years, at least one of these teams had been ranked until the current poll: Baylor, Houston, Lamar, Rice, Stephen F. Austin, TCU, Texas, Texas A&M, Texas Tech, UTEP and Wayland Baptist.

With Texas' run over, Connecticut now owns the longest active run for a state thanks to the Huskies, who have appeared in 557 consecutive polls. California has the longest run for a state with more than one different team being ranked: 412 consecutive weeks, with Stanford, California and UCLA all spending time in the Top 25 over that stretch dating to the preseason poll in 2001. 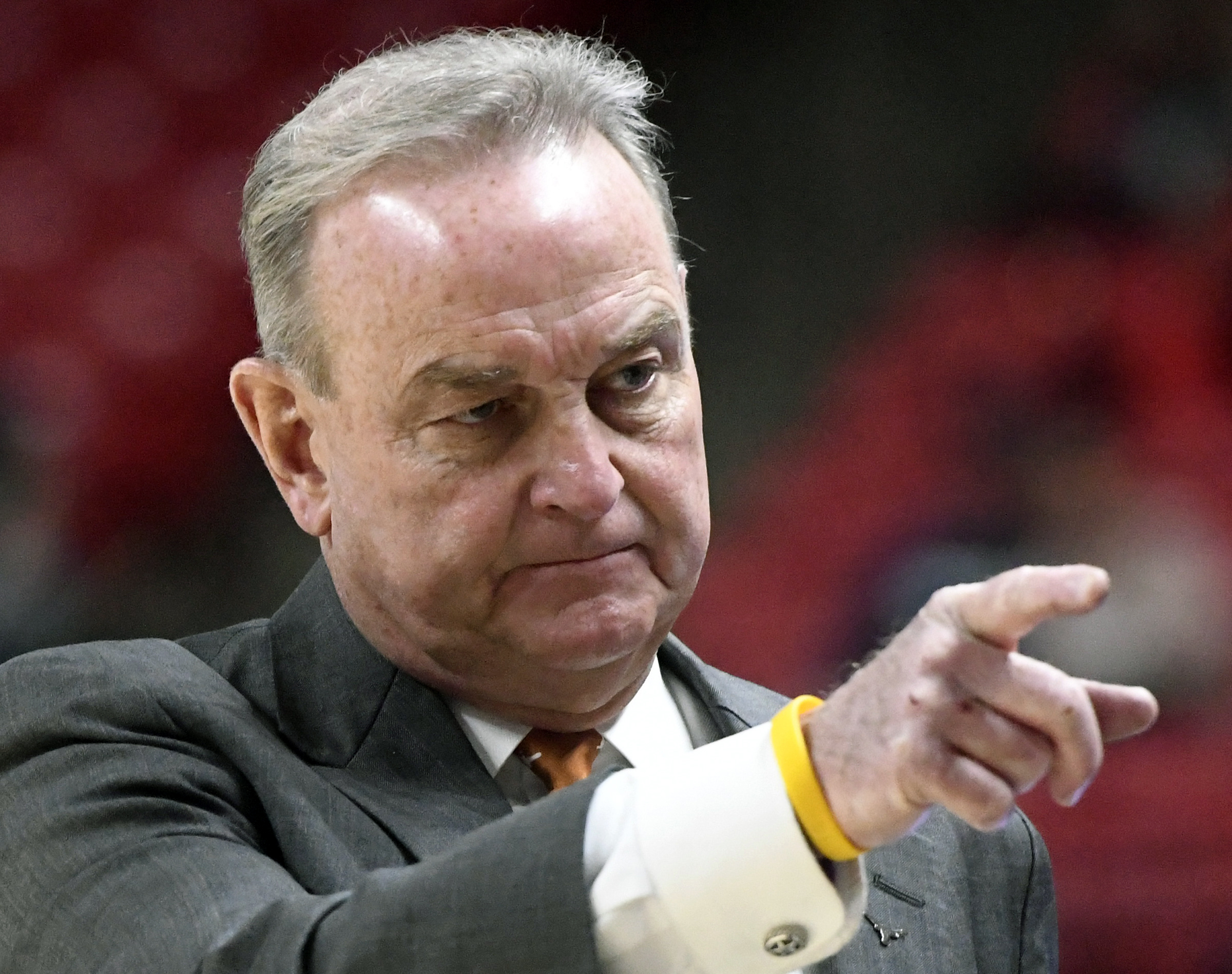