The last time the University of Tennessee at Chattanooga ended a football season with a trip to Alabama the Mocs advanced to the Football Championship Subdivision playoffs.

The year was 2016, and the 31-3 loss in Tuscaloosa was the final regular season game of the year, giving the Mocs an 8-3 mark. It was good enough to qualify for the 24-team field and UTC won a first-round game at home before falling 41-36 on the road at top-seeded Sam Houston State.

The program hasn't been to the playoffs since, but they're hoping that a similar ending to the season could yield a similar result in 2023. The Mocs' schedule for the season was released earlier this week, and while the premier game on the schedule is that Nov. 18 game against the Crimson Tide, it's very far down on the list of the most important games of the year as it will have literally no bearing on the postseason -- unless, somehow, UTC were to win.

It will actually be the 10 games prior that will determine the Mocs' fate. The schedule will be a sprint until the season finale as UTC plays 10 consecutive weeks before a bye week prior to the Alabama game. The non-conference slate features a road contest at North Alabama in the third of a four-game series of games between the two programs. UTC won the first two, 20-0 in 2021 in Florence, Alabama before a 41-14 thrashing in Chattanooga this past season.

That game happens on Sept. 2 in the season opener. A week later the Mocs come home for the home opener, with Kennesaw State coming to town for the first meeting between the two programs. The Owls are in the process of transitioning to the Football Bowl Subdivision, claiming a spot in Conference USA recently.

Head coach Rusty Wright's fifth team will look a lot different than his previous four, with so many of the recognizable names over the past few seasons gone. The Mocs finished 7-4 in 2022 and were one of the first teams left out of the 24-team playoff field. They will return running back Ailym Ford -- who has three career 1,000-yard rushing seasons and 3,431 career rushing yards -- and 2022 SoCon Defensive Player of the Year Jay Person (eight sacks, 17.5 tackles for loss). 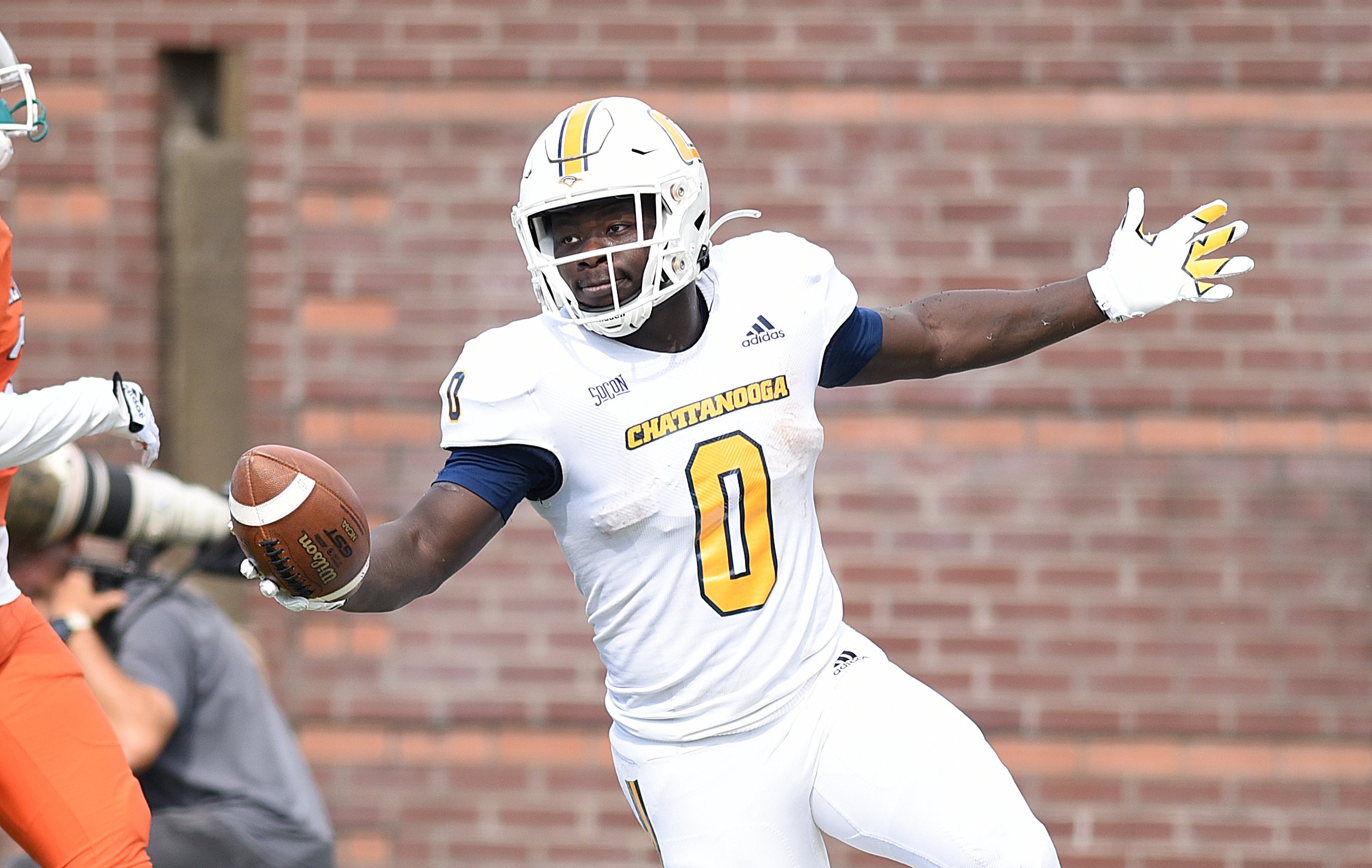 Staff photo by Matt Hamilton / Ailym Ford will be one of the few recognizable names returning for the University of Tennessee at Chattanooga football team in the 2023 season.
Advertisement
Advertisement