A plan to convert a vacant motel on Lee Highway into 70 units of permanent supportive housing to help address Chattanooga's growing homeless population has officially cleared another hurdle.

On Tuesday, the Chattanooga City Council approved on final reading a request by the city to rezone almost 2 acres occupied by the former Airport Inn at 7725 Lee Highway to clear the way for the project. The margin was 7-2, with Council Chairman Darrin Ledford, of East Brainerd, and Councilman Chip Henderson, of Lookout Valley, voting against.

City officials have said the converted facility would be an apartment complex with 24/7 security and services. The housing would include on-site case management, workforce development opportunities and transportation through CARTA's dial-a-ride transit service, which would pick up residents at the front door.

According to the city, 97% of people who moved into permanent supportive housing in Hamilton County during the last year are still housed. Chattanooga officials hope to see the residences on Lee Highway open between April and June of 2023, based on a tentative timeline shared last month.

The city plans to hold two community meetings in the coming weeks at the Shepherd Hills Community Center -- one Nov. 30 and the other Dec. 14 -- that officials say will help shape a request for proposals for a service provider and property developer, which will also require sign off from the City Council.

Mayor Tim Kelly and his staff have said they're committed to pursuing specific outcomes for the project, including increasing law enforcement in the area of the hotel and assuring that no one with a serious violent felony conviction or on the sexual offender registry will be eligible to be a resident. 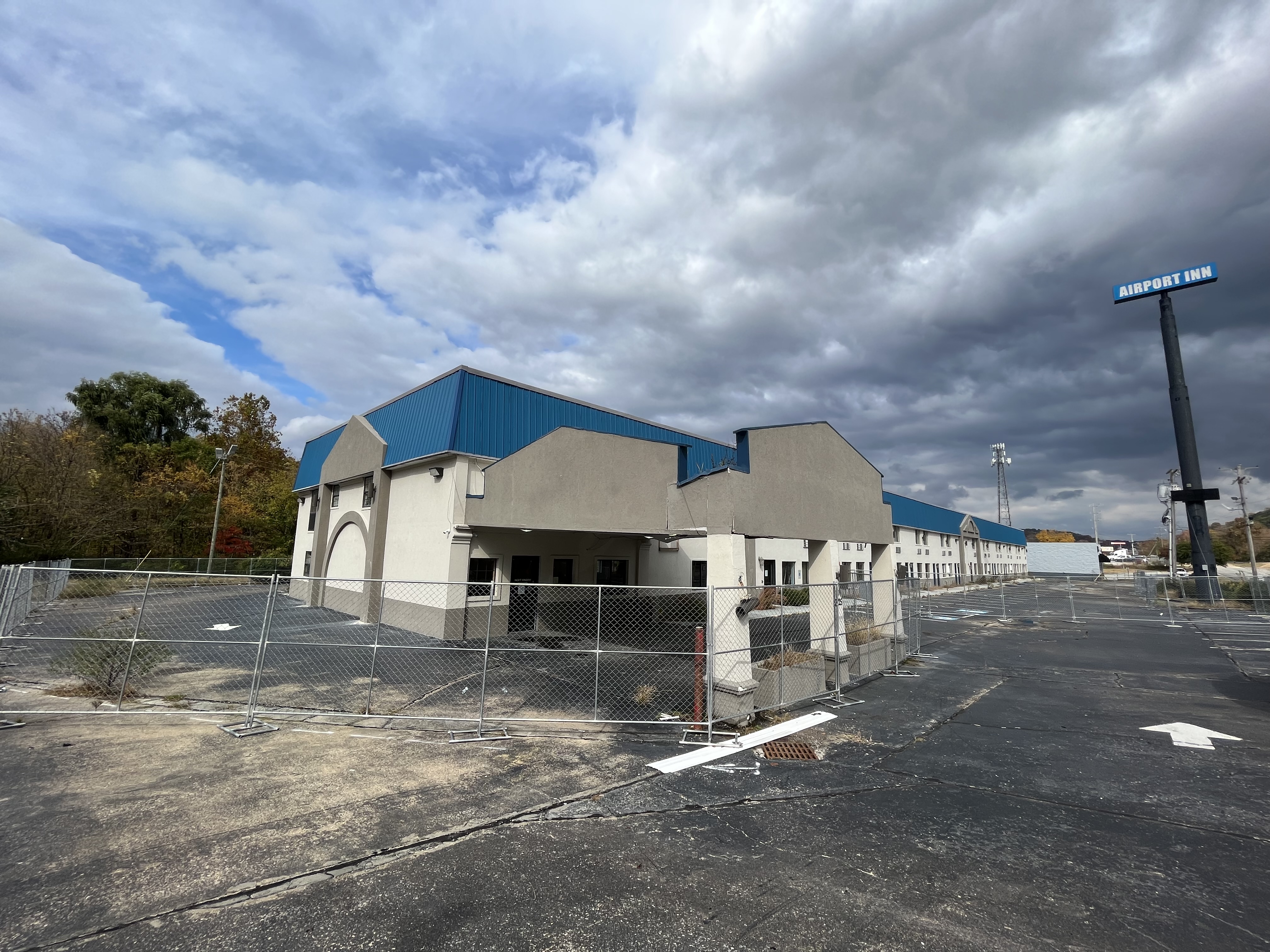 Staff Photo by David Floyd / The former Airport Inn, shown here on Oct. 31, sits at 7725 Lee Highway in Chattanooga. The city plans to convert the building into about 70 units of permanent supportive housing.

Those pledges and others are listed on the city of Chattanooga website. Most of the Chattanooga Police Department's recent cadet class will largely graduate to the sector that includes the property at 7725 Lee Highway, the mayor's office has said. The city will also require the operator to provide 24/7 professional security services on-site, and there will be cameras at the facility linked to the city's Real Time Intelligence Center.

There will be a permanent no-camping buffer ordinance surrounding the property, and it will be indistinguishable from a regular apartment complex. The city also plans to form a community advisory committee that would include leadership from nearby Silverdale Baptist Church and Silverdale Baptist Academy as well as representatives from the neighborhood and other schools.

Henderson introduced a resolution during the City Council meeting last week that would have expressly directed the mayor's office to follow through with its pledges, which ultimately failed in an 8-1 vote. Councilman Ken Smith, of Hixson, suggested last week that the panel take up a similar resolution after the two upcoming community meetings.

"I stated last week that I was going to vote for the project in good faith that the resolution would pass that put some conditions around the property," Henderson said after the meeting Tuesday, "and when that resolution failed, then I felt I couldn't support the project without any safeguards in place both for the residents and for the community."

Councilwoman Carol Berz, of Brainerd Hills, represents the district where the housing would go and said in an interview before the vote that she wants to ensure the project would be replicable in other districts across the city.

"The city has a problem with people who need to be made financially, physically, mentally healthy -- they look like you and me -- and need to be back on their feet again," she said.

Director of Special Projects Ellis Smith said the city and its partners have so far housed 1,800 people during the course of Kelly's administration, which takes into account work done by organizations funded by the city.

"Our job is to create off-ramps out of homelessness, and this is a critical piece of that," Smith said about the Airport Inn project. "If you don't have housing where people who have co-occurring conditions can get that support and begin to rebuild their lives as part of that, that's a really key safety valve that we very badly need if we're going to continue that trend of exiting people out of homelessness."