Chattanooga-based bottle maker Arch Plastics Packaging is coming off three big years of growth amid the coronavirus pandemic primarily due to -- you guessed it -- hand sanitizer.

"We had so much demand," said Shital Rali, the facility manager for the West Polymer Drive company. "Our bottle was a ready fit for that application."

Rali said in an interview that the "crazy demand" over the past three COVID-19 years has eased to what he called a more steady state. The company that employs 125 people is readying to launch a new product line early next year and manufacture a so-called soft-touch bottle.

The bottle will hold high-end cosmetics, Rali said, adding that the company has invested about $2 million in the project.

While the past three years have yielded growth of 17% to 20%, the company has posted from 10% to 15% increases for about the past seven years, he said.

Charles Amin, who co-founded Arch Plastics in 2006 and serves as its president and chief executive, said in an interview that the company now has nearly two dozen products and lines. Arch produces plastic bottles for pharmaceuticals, over-the-counter health care products and food.

He credited the company's hiring of talented young engineers as helping drive the growth of the business. A year ago, Arch expanded its building footprint by 55,000 square feet for additional warehousing and manufacturing, Amin said. In total, the manufacturer has about 140,000 square feet.

Currently, Amin said the business, which runs 24 hours a day, 365 days a year, is producing about 160 million bottles annually.

"We sell all over the U.S.," he said, in addition to Canada and Mexico.

Roshan Amin, Arch Plastics' marketing executive, said during a tour of the newest facility that the company has introduced more automation into the business. That's not to reduce the workforce but to enable employees to perform different work functions, the CEO's son said.

Roshan Amin also is president and CEO of Dynamic Group, the Chattanooga-based hotel developer that started work on three new hotels in Hamilton County during the pandemic.

Dynamic Group has spent about $49 million and added 309 rooms in new hotels in East Ridge, East Brainerd and Hixson, he said earlier. Next year, Dynamic is planning to open other new hotels in Cleveland, Tennessee, and Tampa, Florida, as it continues to expand across the Southeast.

Charles Amin and Rali both said the plastics company is conscious of the environment. Rali said the company uses recycled materials in the production of its bottles, making millions from the recycled ingredients each year.

Amin said the company often uses plastic wrap rather than cardboard when it ships its goods. The wrap is recycled, and that also helps keep facilities cleaner, he said.

Rali said use of the wrap "can save thousands and thousands of trees."

Among new initiatives on which Arch Plastics is working are closers, or caps, for its bottles.

Rali said the company is going through patent work to prepare for future production of caps. He expected the company could be making closers next year or in early 2024.

The company official said that while producing bottles for sanitizer was big amid the throes of the pandemic, Arch kept some of those customers even as COVID-19 has eased.

"We have a quality product," Rali said.

However, he said that high inflation has been a factor over the past year or so, driving up overhead and wages.

"It has brought profitability a little bit down," Rali said, adding that revenues have grown so cash flow is similar. 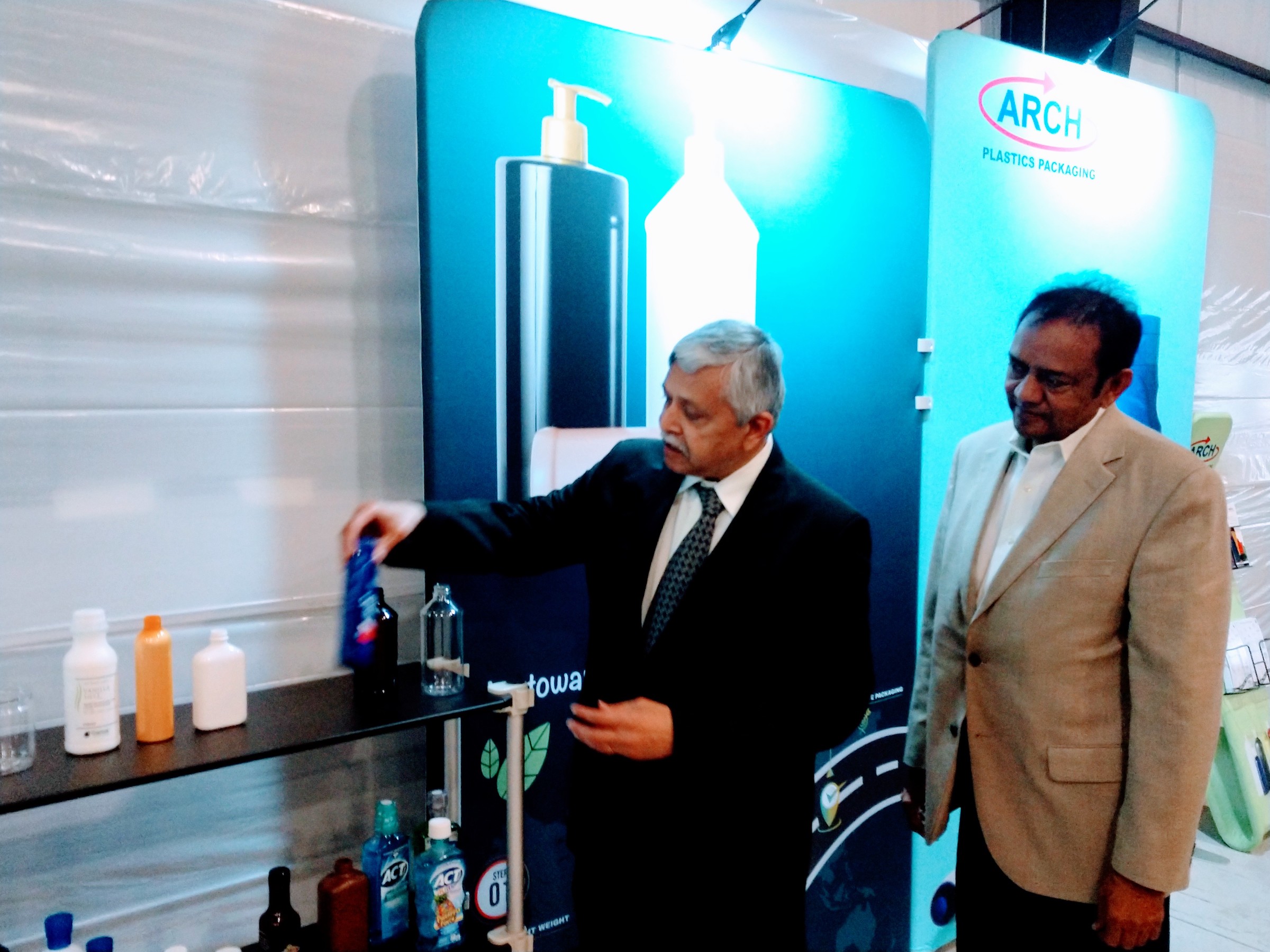