That's the equation Becca Hisamoto has been solving for the last nine years. She knows the answer: Setting foot on all seven continents by the time she hits 30 years old.

She turns 30 in September 2023 and already has been to six continents: North America; South America; Europe; Africa, Asia; Australia. She has a trip planned for November to hit the ice in Antarctica.

"I eat, live and breathe travel," says Hisamoto, who talks about her travels with an equal level of necessity. "It's so fun to be out of my comfort zone and to be an observer in those types of situations. I grew up thinking that my life was very average and normal, and my routine was normal for everybody until I started traveling."

When she's home in Chattanooga, Hisamoto works like mad as program coordinator for Exceptional Vacations, a travel company that sets up trips for those with developmental or intellectual disabilities. She saves like a miser, and while she pays to get to her next destination, once there, she offsets other costs through work-exchange programs found on the internet.

Her housing and food are provided if she agrees to work in hostels or bed and breakfasts, teach English ("lots of teaching English") or handle childcare, among other tasks.

"I managed a campground in Bolivia," she says.

With no room and board costs, "I really didn't spend that much money as I traveled," Hisamoto says.

Most of her trips -- many paired with her best friend and world traveler, Kara Cederquist -- are about a monthlong, although she loved Thailand so much she spent three months there. Several times she worked multiple jobs once she arrived in a country so she could stay longer.

Love of seeing the world seems to be in her DNA.

"I traveled pretty extensively with my family growing up, mostly domestic trips, but we would take cruises out of the country. Nothing like Europe or anything," she says.

In 2013, a study abroad trip marked her first trip to Europe and cemented her travel fervor.

"The first time I set foot in Europe, I was like, 'OK, this is it. I have to see the rest of the world. I have to travel. See it all. Witness all the cultures, the people.'"

What she's learned in her extensive travels varies from place to place, Hisamoto says, but there is one overarching lesson.

"I think it's kind of a corny answer, but for me, the most important thing that I keep in mind when I travel is being able to change my perspective," she says. "It's getting to talk to different people from around the world, just having conversations with them about how they grew up and why they believe what they believe, keeping an open mind when it comes to all that kind of stuff."

Here, Hisamoto shares memories and photographs from around the world. 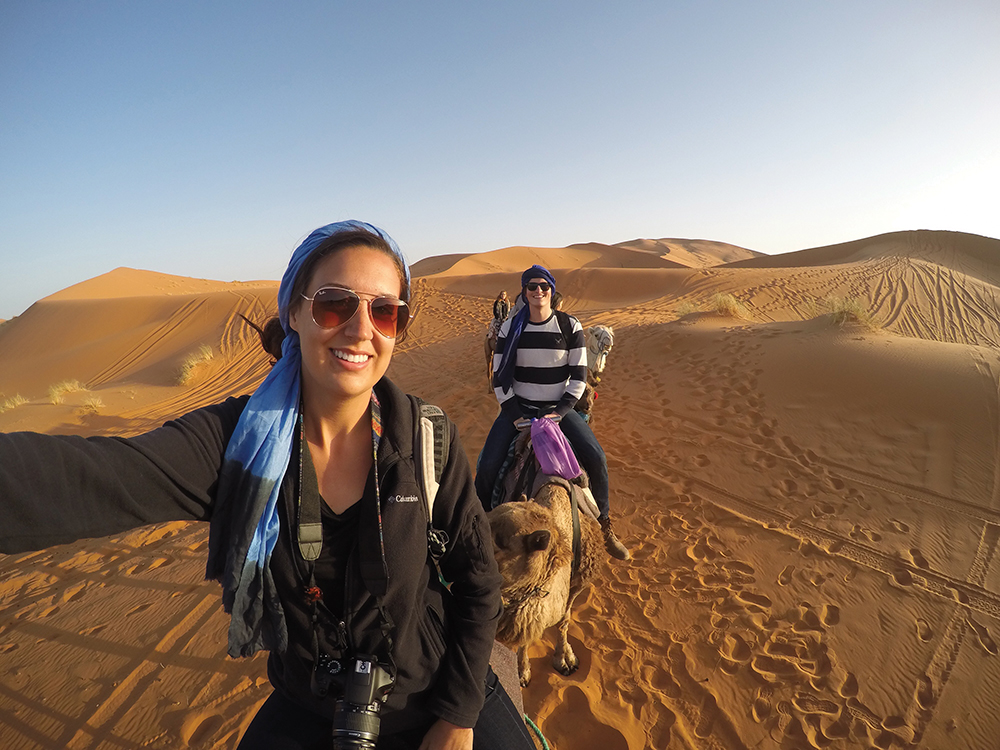 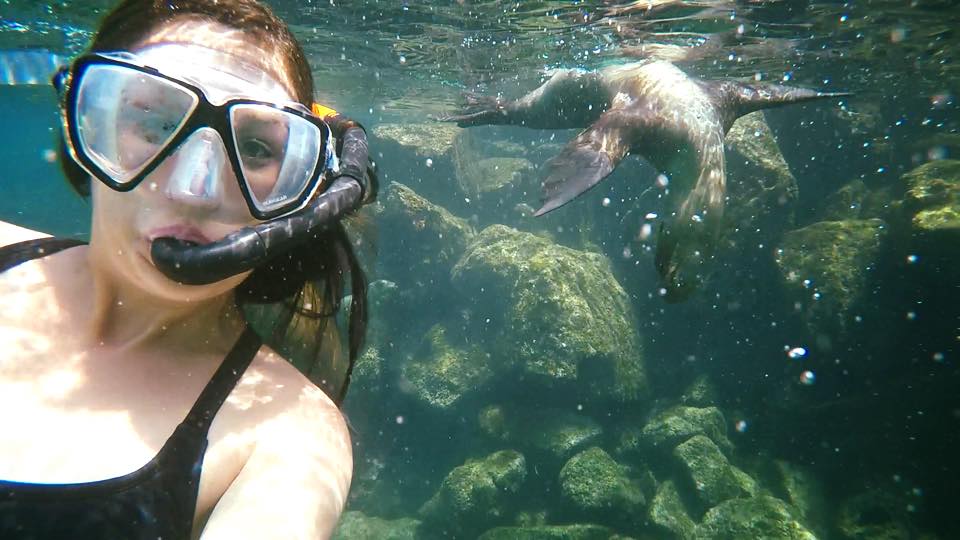 When I was backpacking through South America, I went to Ecuador and the Galapagos Islands. I went scuba diving. There was this little cove, and the guide from our boat told us, "Just go ahead and jump in." Then all of a sudden we are swarmed with seals. I had my GoPro camera and just held it out. I have a video of those seals coming up and nosing on my GoPro. 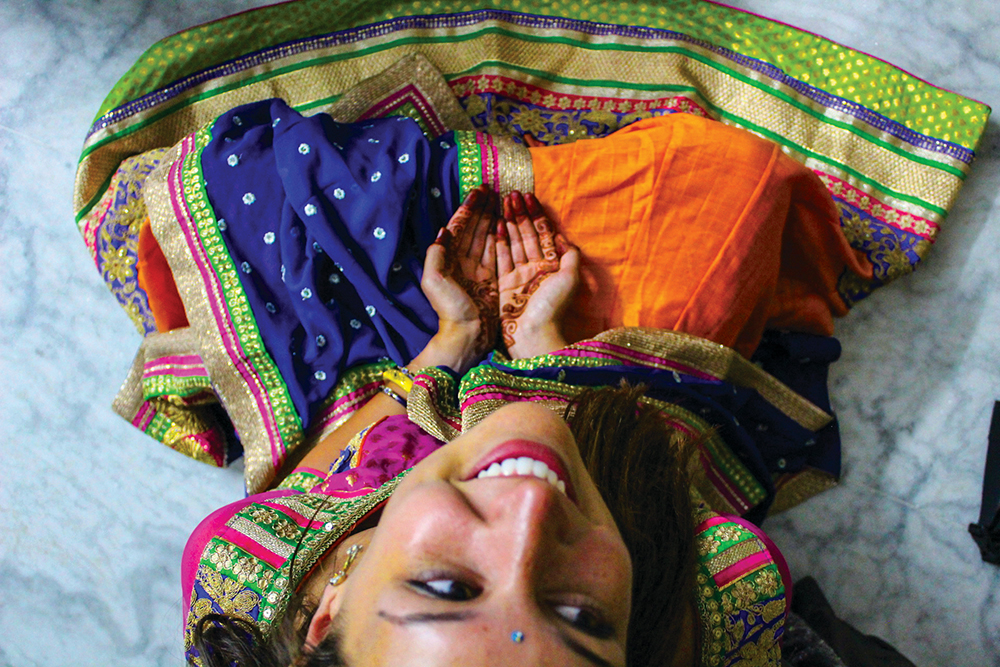 I have a friend, and his family lives in India. I was going to go to the wedding of his cousin, who was the groom. We were welcomed into their families' homes with open arms and were invited to the wedding and all the ceremonies and family gatherings leading up to it. We participated in the Mehndi party (the applying of henna, a temporary skin dye), danced all night at Sangeet and paraded in the streets with fireworks, drums, chanting and singing during Baraat to present the groom on a white horse. 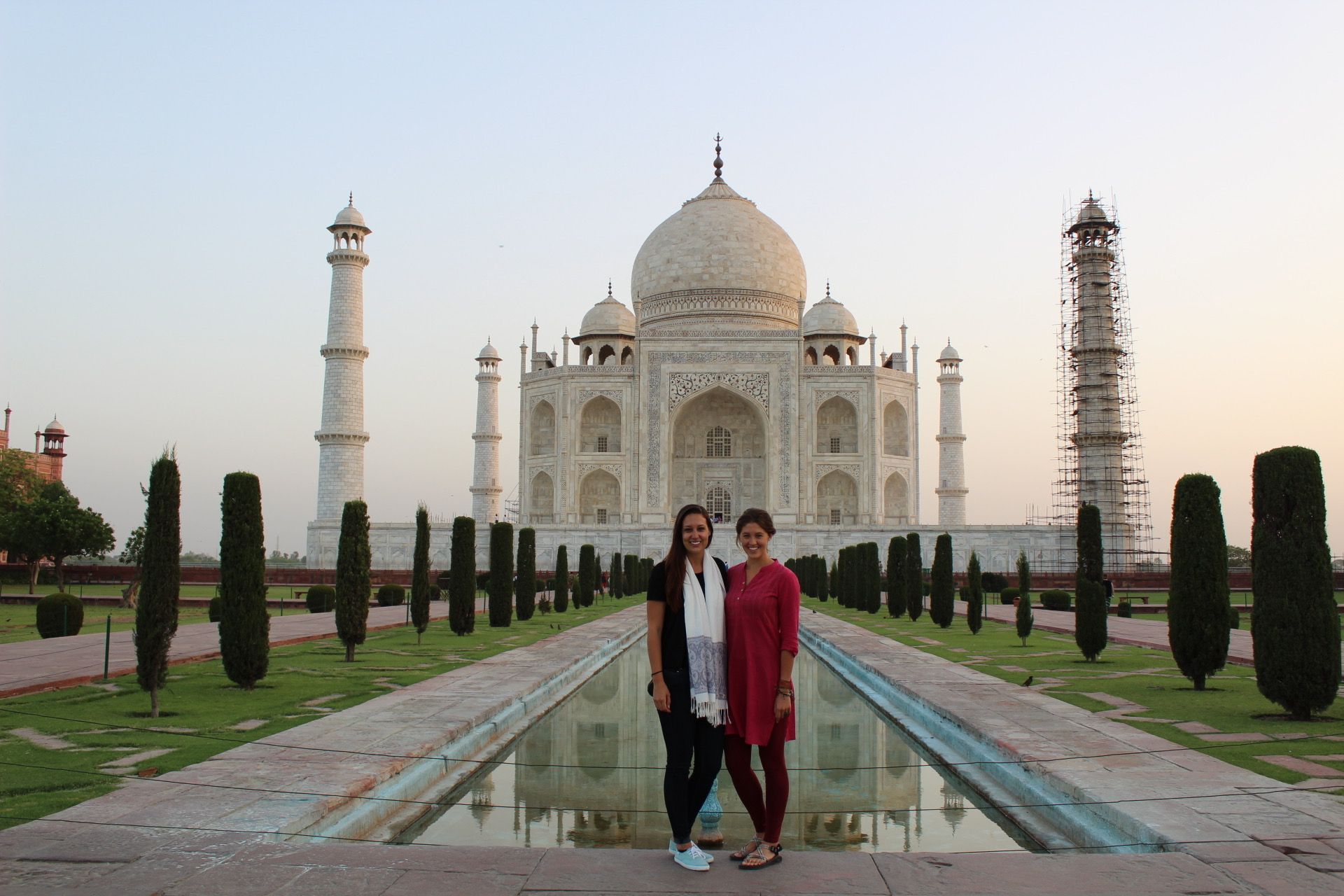 My friend, Kara, was working at a luxury safari lodge in Nagpur, India, and we coordinated our paths to cross to see the Taj Mahal and to start our Southeast Asia journey together. We woke up before sunrise to be first in line for the opening of Taj Mahal, so we could get our first glimpse without the crowds. As soon as they opened the gates for us, we quietly ran around the corner to get our first glimpse, and it immediately took my breath away. Its size and beauty made me speechless and emotional. 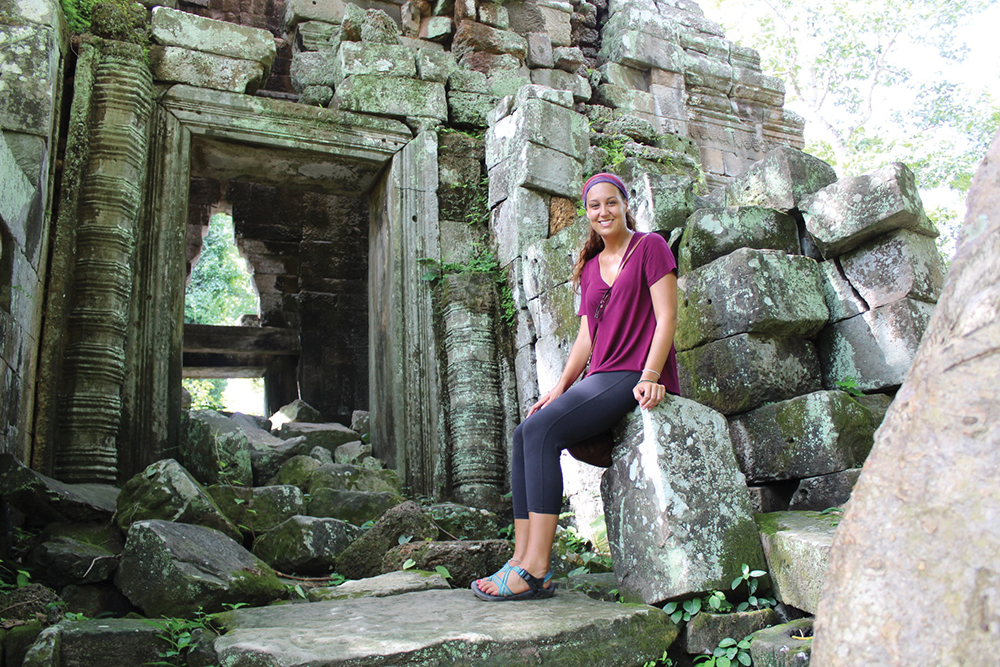 You can [explore the temples in Cambodia by renting] a tuk tuk (a motorized rickshaw) and a driver. We were like, "OK, just take us where you think would be best." So he explained the history of the different temples and what they meant, the symbolism behind them all. So every time you go there, if you get a different guide, you'll get a different experience. 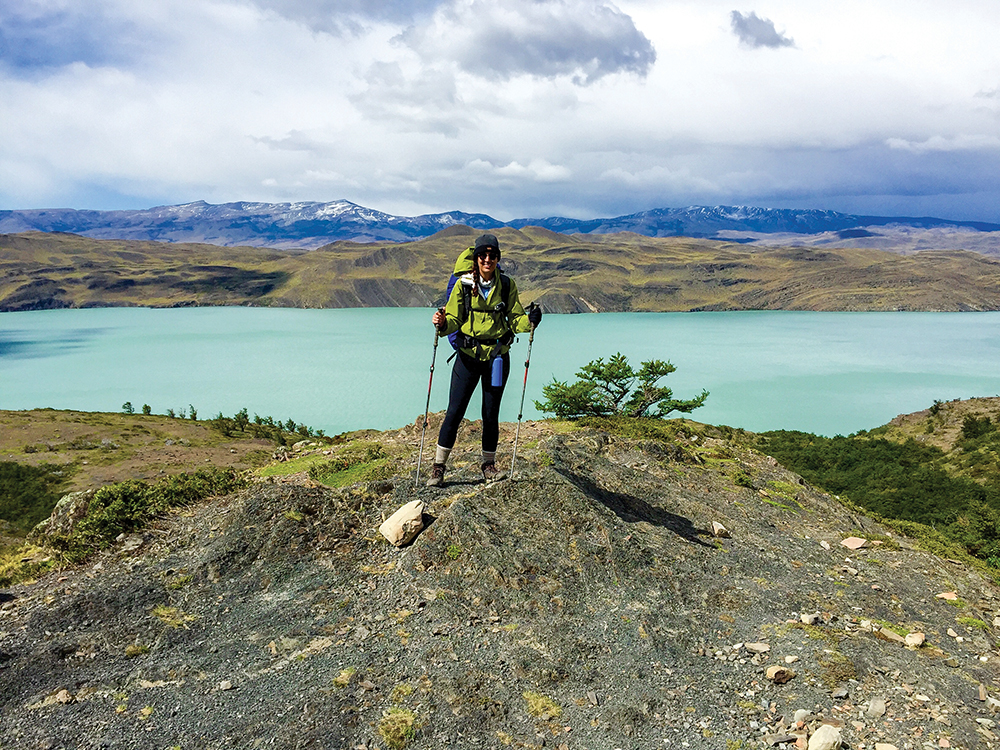 This was the W Trek down in Patagonia. I didn't know much about it until I was in Santiago, Chile, and I was working at a hostel. There were so many travelers passing through. I would just chat with them about their itinerary. So many of them talked about the W and the O treks and how you had to do it. It's super beautiful, obviously. 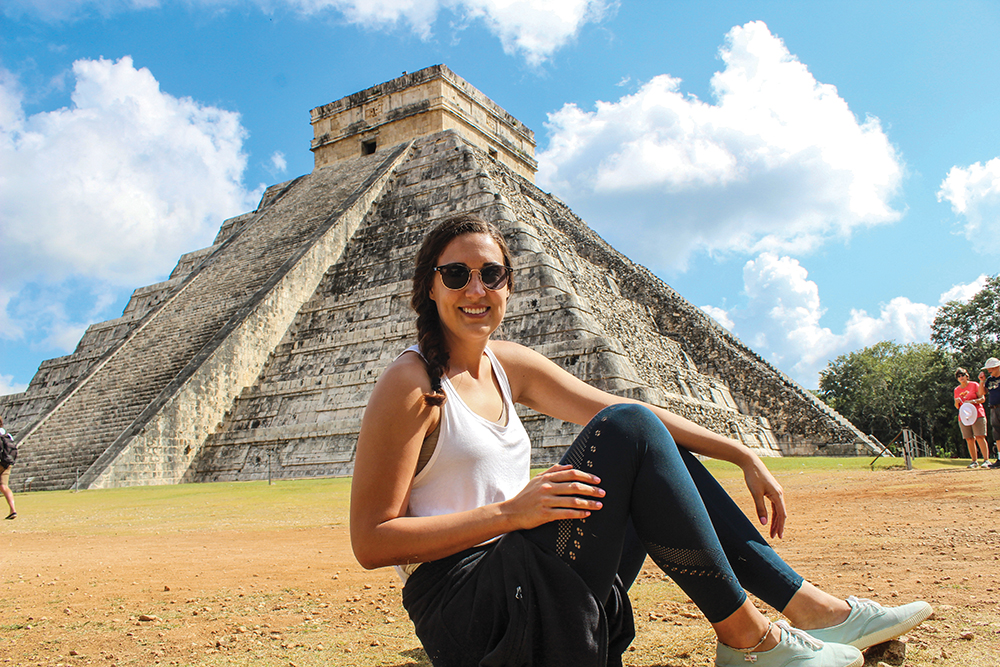 [The Chichen Itza Mayan ruins] is one of the New Seven Wonders of the World. It was beautiful. It was really, really cool just to learn about it. There are a lot of other temples and ruins around that area as well. 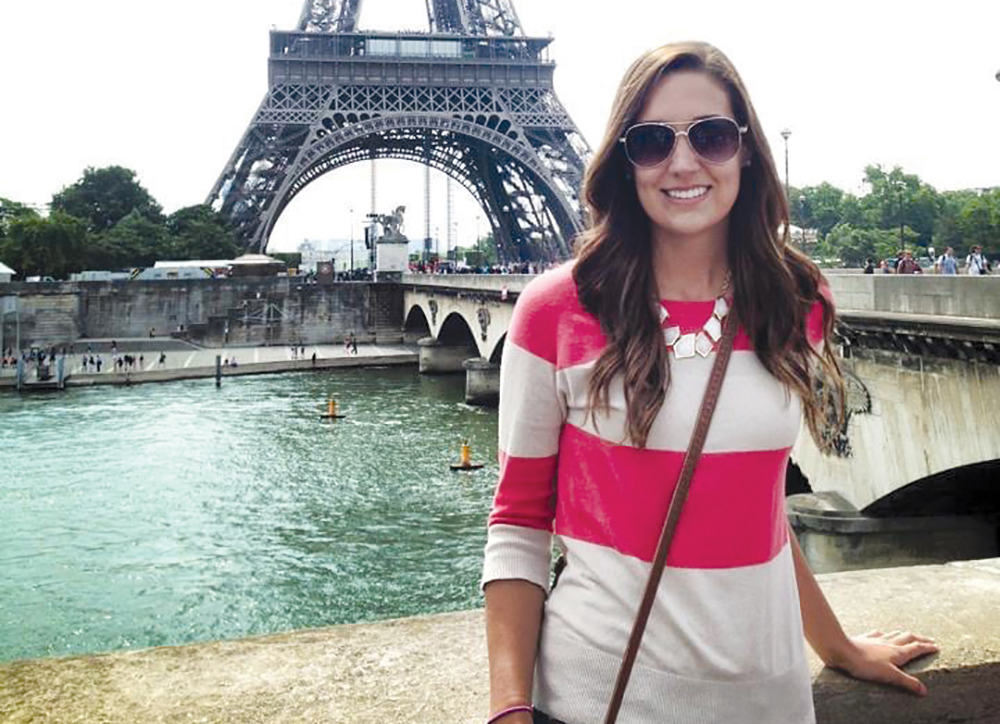 One night in Paris, my classmates and I brought a blanket with wine, cheese and baguettes and found a perfect spot to lay back in a park to watch the Eiffel Tower sparkle and light up. I remember feeling so beyond lucky in that moment. 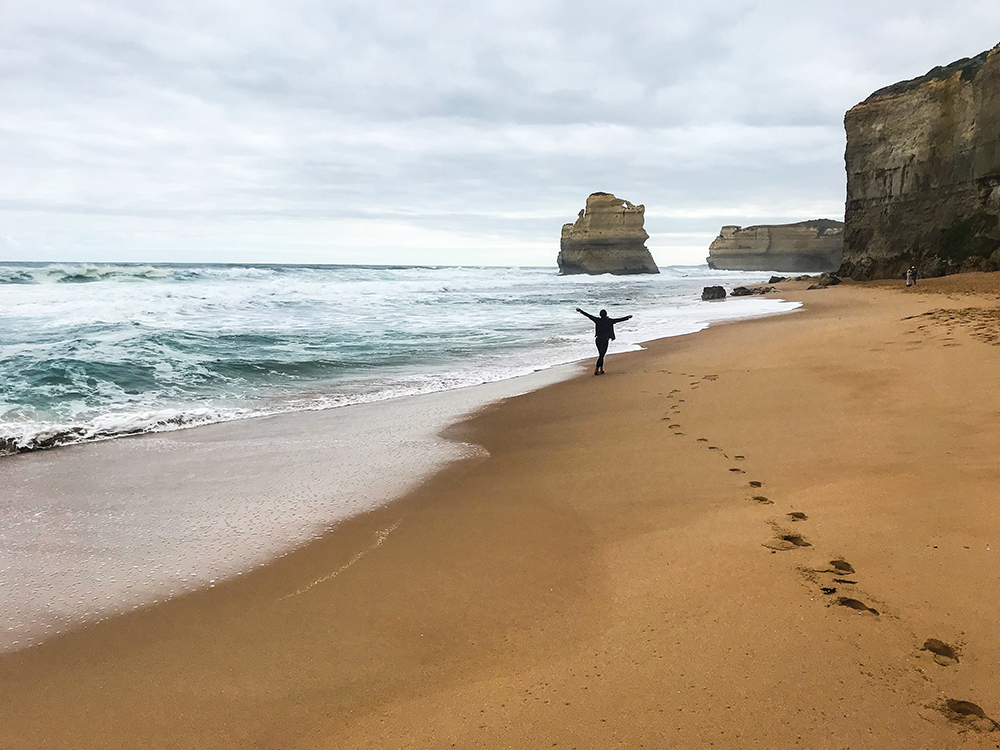 The [Twelve Apostles] is a [collection] of stacks of limestone on the coast of Victoria [in Australia]. I met two people at a hostel I was staying at in Melbourne, and we decided to rent a car and take a road trip along the Great Ocean Road. We passed hundreds of kangaroos, saw a few wild koalas and listened to Men at Work's "Land Down Under" on repeat. 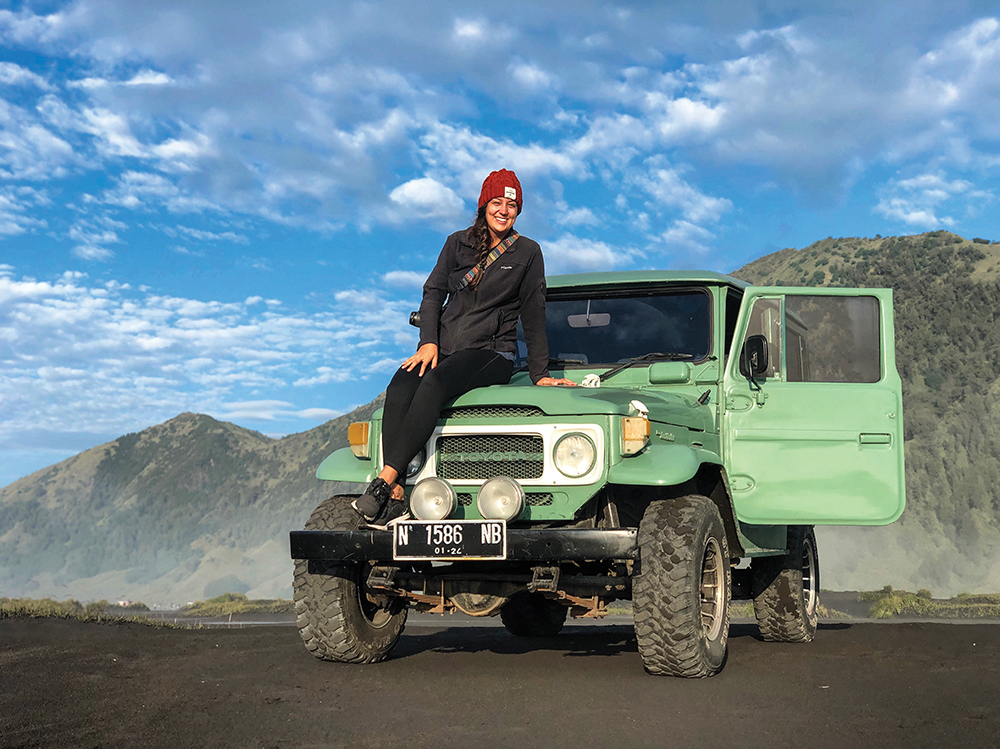 [This photo is from a] sunrise tour of an active volcano, Mount Bromo, in Java, Indonesia. I had two friends fly to the city of Jakarta to meet me for the last leg of my five-month trip in Southeast Asia. We explored Mount Bromo, hiked down to see the blue crater lake and the sulfur mines of the Ijen volcano, and ended in the province of Bali with yoga classes and exploring the island on the back of motorbikes. 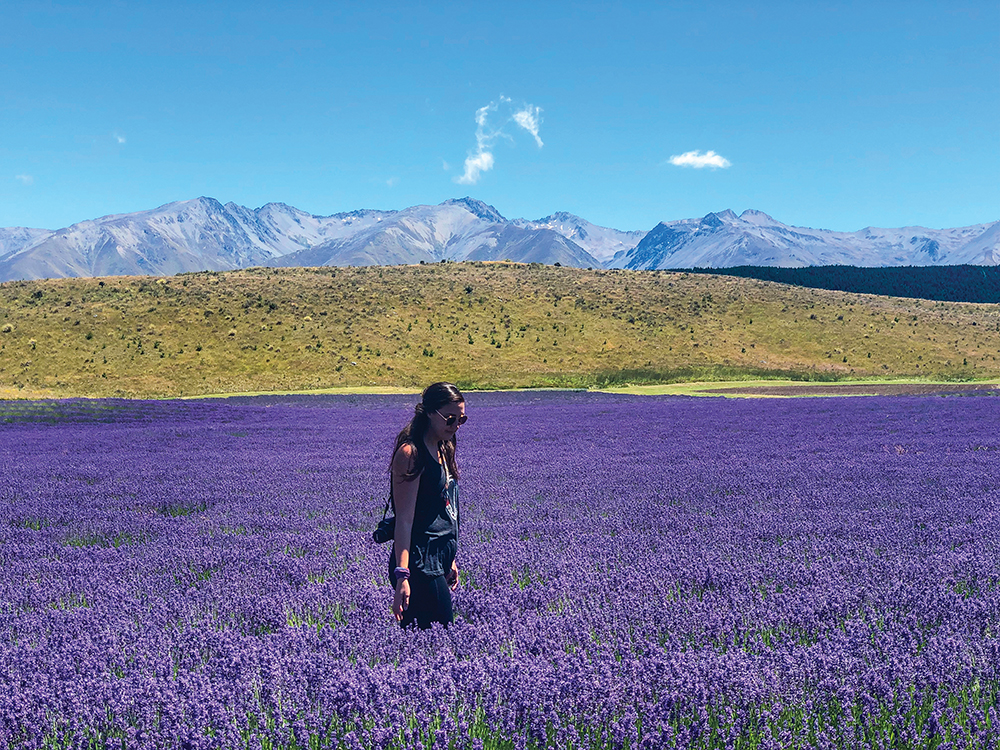 New Zealand is by far my favorite country to date. My jaw would drop at every turn I drove. The landscapes were unbeatable, and the locals were so incredibly friendly and welcoming. At the end of my three-month tourist visa, I almost didn't leave. 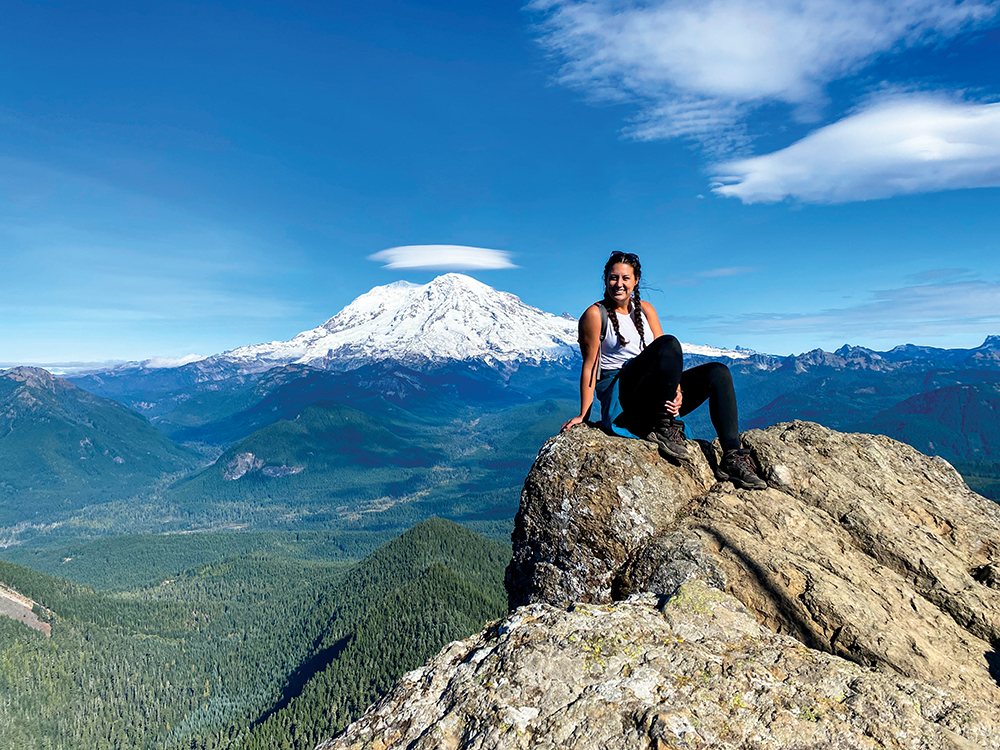 Just before I moved to Chattanooga, my two friends, Courtney and Kara, and I decided to take a trip out to the Pacific Northwest as a little getaway since we were all hitting different big milestones in our lives. We flew into Seattle, rented a car and spent a week exploring Olympic National Park and drove along the coast to Portland. This photo is from High Rock Lookout, which has an incredible view of Mt. Rainier. We were lucky enough to go on a beautiful, clear day with no crowds. 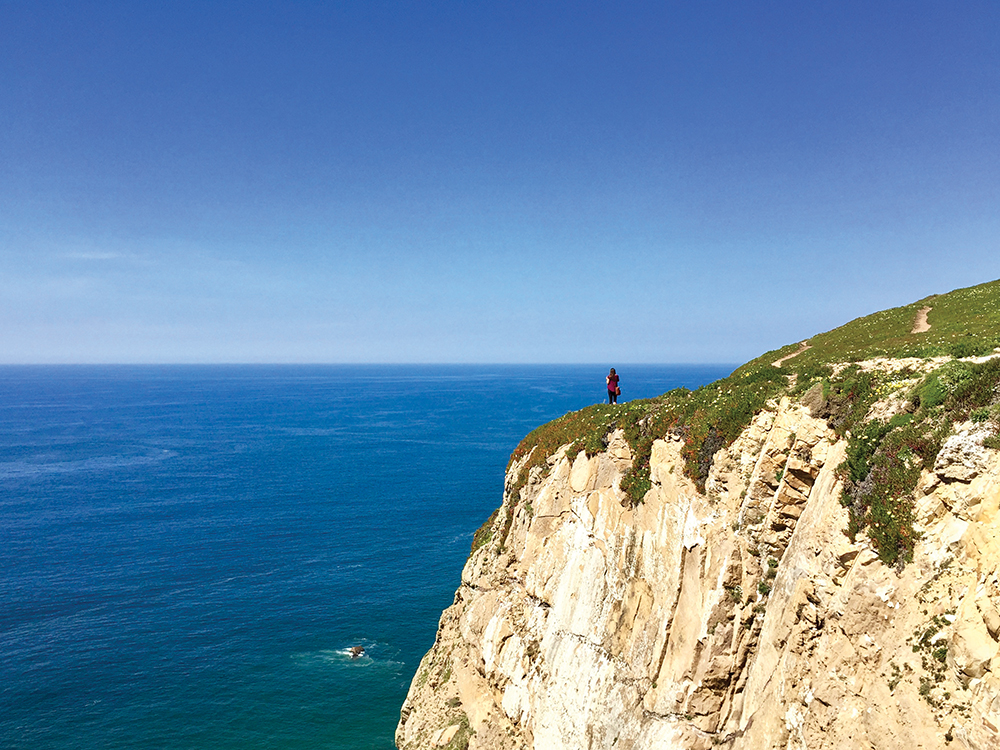 I started my big world-loop trip in Portugal. traveling solo for a few days before I met up with my friend who was teaching English in Spain. We met in Lisbon and took a day tour out to Cabo de Roca, which is the westernmost point of the continent of Europe. The cliffs were massive; the weather was perfect, and I was so excited to be in such a beautiful spot and catch up with one of my best friends before we headed to Morocco. 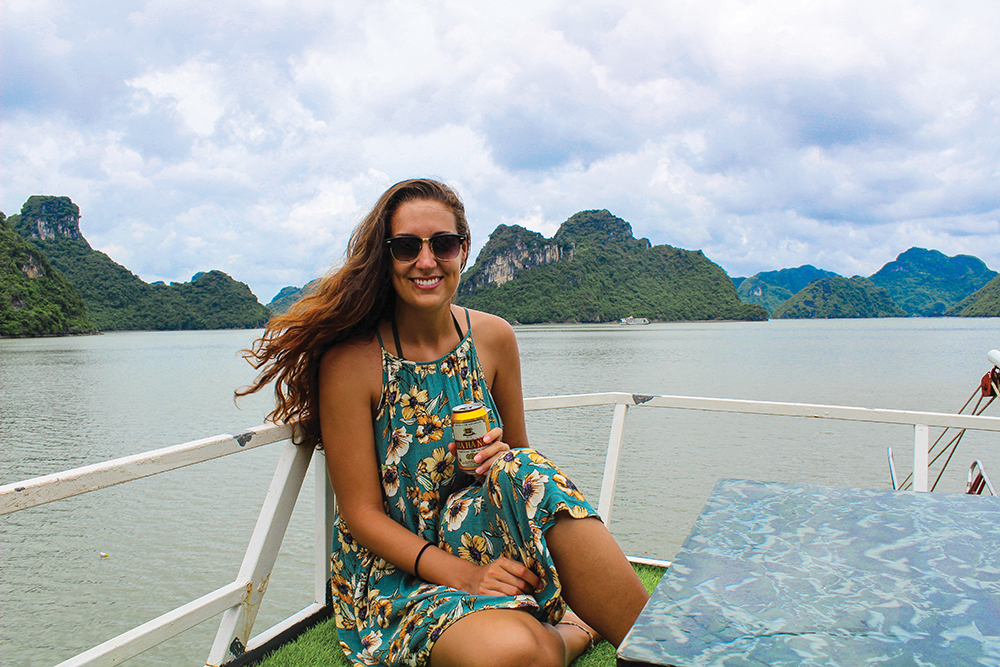 I was on my fourth month of my loop around the world ... and I just wasn't ready to go home yet. ... So I made a last-minute decision to backtrack and book a flight to Southeast Asia so I could explore Vietnam before heading home. I started in Ho Chi Minh City ... Then I flew to Hanoi where I did a work exchange for a month as an English tutor to high school students and employees at a local Mercedes dealership. A friend from Germany that I had met in Portugal on day two of my big trip decided to fly out to Vietnam to visit me for a week to tour HaLong Bay, "the land of descending dragon," and UNESCO World Heritage Site. We sailed through the islands, stayed in a beach villa on a private island, and I won the ping pong contest against the rest of the travelers on our tour.

A timeline of Becca Hisamoto's travels

Plans to visit Argentina and Antarctica