As EPB's manager of fiber services engineering and one of the utility's tech pros, Matt Anderson has been testing EPB's new Smart Net Plus for the past nine months.

Even with EPB's citywide fiber connections, Anderson has found the new Wi-Fi 6 router and Smart Net Plus to be a big advantage in both the speed of internet connections for his family's many home devices and in the controls he has gained over accessing many of the devices, ranging from smart thermostats to school laptops to streaming television sets.

"We were just using a single router for our home, and we definitely saw a real difference and immediately realized how much better the internet was in all of the different corners of our house," Anderson said in a telephone interview. "Everything just seemed to be a lot more reliant, and as a parent, I also really like the parental controls you can set up over when and what is accessed on any device and to have the ad-blocking features this provides."

"From doorbells and speakers to TVs and tablets, households require more speed and bandwidth to accommodate the increasing number of devices and streaming apps they use," EPB Vice President of New Products Katie Espeseth said in an announcement of the new service. "Smart Net Plus adjusts to customers' needs and provides the dependable Wi-Fi service they need and access to best-in-class technology and service without the need to keep up with expensive equipment requirements."

Already, about 500 of the 128,000 customers that subscribe to some level of EPB Fiber services have ordered the new Smart Net Plus service.

"This takes our internet service to a higher level," EPB President David Wade told the EPB board Friday.

"We've tried to make the process of going through this very simple and easy," Anderson said. "Once an installation date is scheduled, we come out, install whatever hardware is necessary, and we take the time to make sure you have good Wi-Fi coverage everywhere you need it and that all of your devices are connected and working."

EPB -- the city-owned electric utility -- expanded into internet, video and phone service in 2009 when it launched EPB Fiber to help build both a smart power grid and its telecommunications services. A year later, EPB helped make Chattanooga "The Gig City" by offering 1,000 megabits per second residential internet speeds (The Gig) -- the fastest citywide internet speeds in the country.

In 2015, EPB was the first utility to offer citywide 10-gigabit service, and earlier this year, EPB again boosted its internet speed capability to 25 gigs.

"We've had quite a bit of interest but no other customers yet," Wade said. "We've actually had a lot of calls about it from across the country."

While EPB adds its new Wi-Fi 6 service, the utility is also moving during the next year or two to replace all of its first-generation set boxes used for its video service. The EPB television service, which was once subscribed to by most EPB Fiber customers, now comprises less than 30% of all of EPB's Fiber customers.

Wade said many video customers have "cut the cord" and moved to streaming video options, although EPB still has about 38,000 customers of its television service, Wade said. 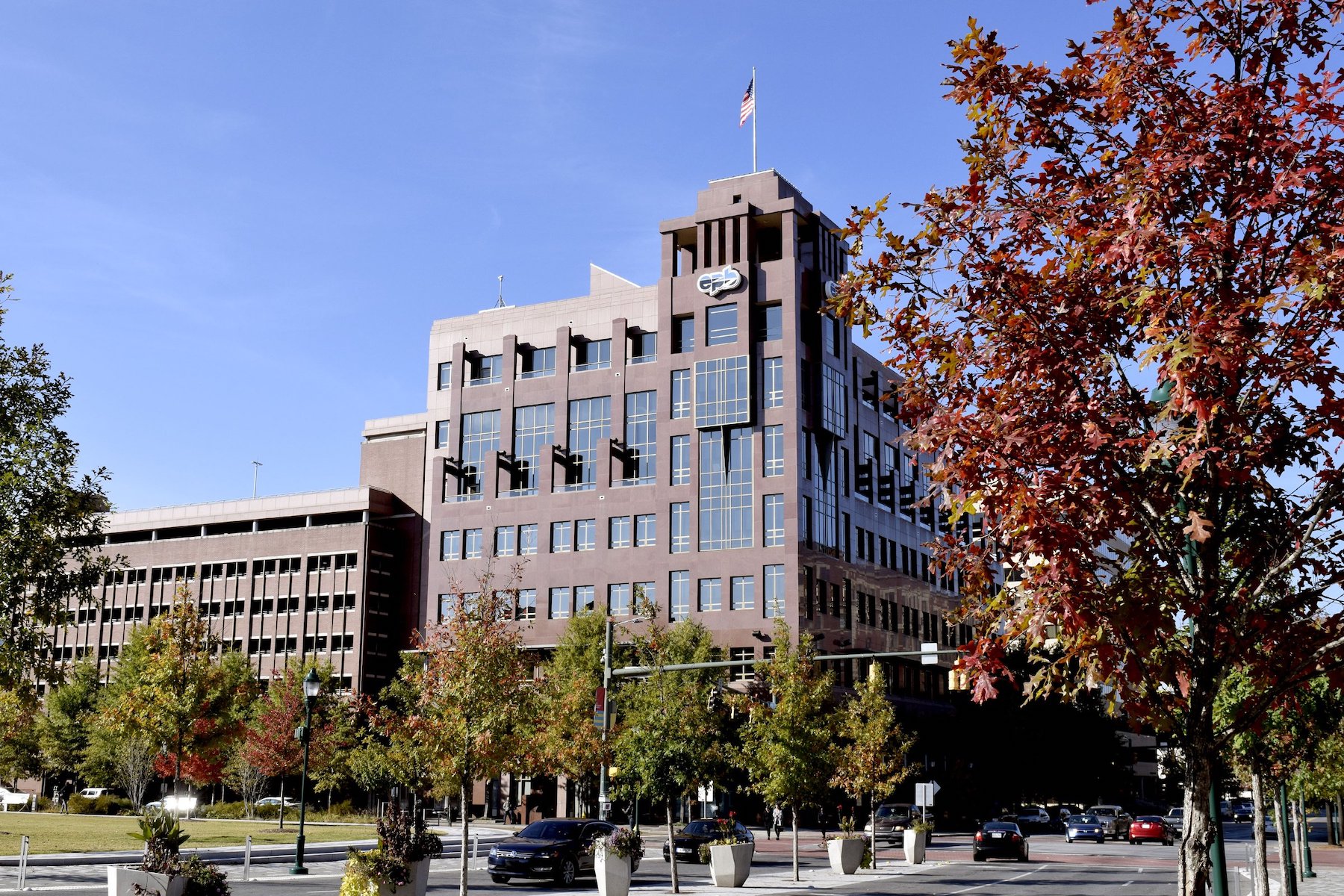 Staff File Photo by Robin Rudd/ EPB, the municipal utility that provides both electric and telecommunications services, is headquartered in downtown Chattanooga.