But before the tunnel was opened as a two-lane tube in 1913, travel from downtown to the Brainerd area and beyond was difficult. Photos of construction of the first tunnel beginning in 1910 show a gravel road leading to the entryway.

Later, the road through the ridge would become a leg of highways U.S. 11 and U.S. 64, making the tunnel a major entry and exit for the city.

By the 1940s, the inbound entrance to Missionary Ridge Tunnel welcomed visitors with a sign that heralded Chattanooga as "America's Safest City." Apparently, in the mid-1940s, Chattanooga had the fewest number of traffic deaths of any city its size in America -- 12 deaths in 1944 and 19 in 1945, according to press reports.

The photo accompanying this article, taken by Chattanooga News-Free Press photographer John Goforth during construction of the second Missionary Ridge Tube in 1953, doesn't tell the full story of how arduous the mid-century tunnel expansion proved to be.

Originally scheduled to open in 1954, the second phase of the tunnel wasn't completed until the middle of 1956. A series of weather delays, mudslides, labor disputes and resident complaints lengthened the process. 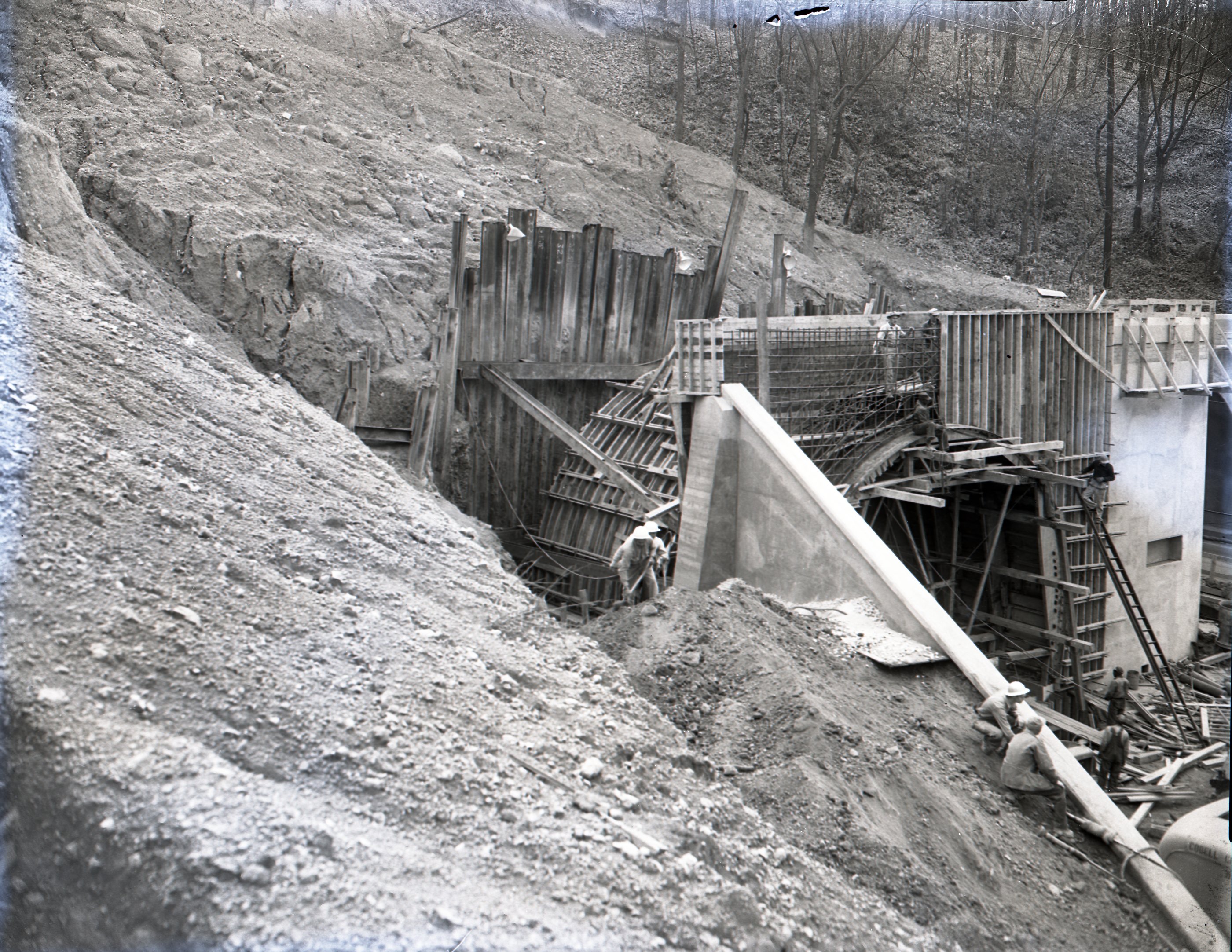 Chattanooga News-Free Press photo by John Goforth via ChattanoogaHistory.com / This 1953 newspaper photo shows construction of the Missionary Ridge Tunnel expansion that opened in 1956.

One Missionary Ridge family sued the Codell Construction Company, builders of the tunnel, for $125,000 due to damage to the foundation of their home and health issues they said were tied to the blasting required to clear rock from the 932-feet tunnel.

The newspaper noted that construction on the new tube had taken three years and nine months but praised the effort.

"Chattanooga is looking ahead, and moving ahead," the editorial writer said.

The original tunnel had been a source of community pride. Bonds were issued for the construction of the first Missionary Ridge tube in 1906, and 2,000 taxpayers signed a petition in support of the tunnel. Construction began in 1908.

Over the years, the tunnel has been known both as the Missionary Ridge Tunnel and, more informally, the McCallie Tunnel.

This and other vintage photos of Chattanooga can be seen at ChattanoogaHistory.com. Follow the "Remember When, Chattanooga?" public group on Facebook.

Launched by history enthusiast Sam Hall in 2014, ChattanoogaHistory.com is maintained to present historical images in the highest resolution available. If you have photo negatives, glass plate negatives or original nondigital prints taken in the Chattanooga area, contact Sam Hall for information on how they may qualify to be digitized and preserved at no charge.