A water leak in a second-floor men's room at the Polk County Courthouse over the weekend caused damage and forced many county offices to close for the rest of the week while the mess is cleaned up.

The Courthouse contains the offices of the county clerk, property assessor, register of deeds, trustee, veterans affairs and litter control, according to Polk County Executive Robby Hatcher, whose own office is closed for the week. The County Commission met last week, so the closure won't affect that panel, but the closure also extends to county offices in East Polk County because their computers are interconnected with those at the Courthouse, Hatcher said.

Hatcher said the leak was discovered Sunday by a family who went to the Courthouse to work on a room intended to serve as an archive.

"I was in church, and we were just starting the special singing when I got the text message," Hatcher said Tuesday in a phone interview. "It damaged the floors, ceilings -- ceilings more than anything because the Courthouse itself is marble walls and terra cotta. The clerk's office is the one that's got the most amount of water damage."

Hatcher said it was good luck the leak was discovered Sunday and wasn't left for another day of continuing damage. No county records are believed to have been damaged, but officials are still determining whether any electrical equipment got water inside it, he said. 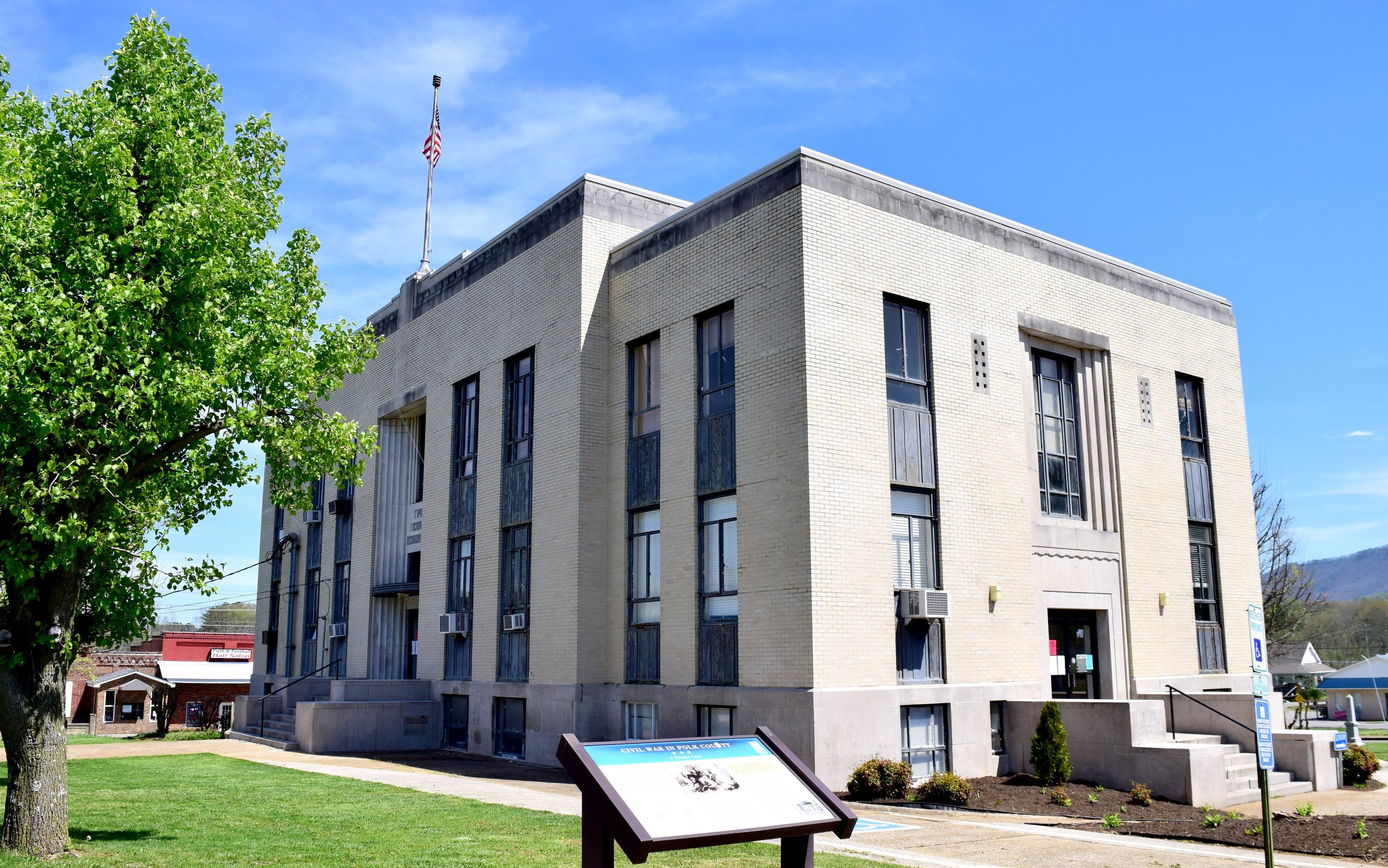 Staff Photo by Robin Rudd / The Polk County Courthouse in Benton, Tenn., shown in 2020, is an art deco building that was completed in 1937.

Servpro crews are working to clean up the water damage and related computer problems caused by the water leak, Hatcher said.

"Right now, I've not had everything turned in by Servpro, so we don't know all the damages, but it's nothing major," Hatcher said. "It's bad in one office where the county clerk did sustain a lot of damage. They've not had all of the people come in to deal with the servers and software they deal with, so we don't yet know the full extent."

Hatcher said Servpro recommended the Courthouse offices close through Friday to allow workers to come in and make repairs and work on damaged computer systems.

"There are parts of the Courthouse that could be open by tomorrow, but with the water damage in the clerk's office and to give Servpro everything they need, we are keeping other offices closed," Hatcher said Tuesday. "We're waiting on the state to come in and work on software and servers. Once that is done, I am very optimistic, the Courthouse will be open next week."

For this week, residents who need a tag or decal from the Polk County Clerk's Office should use the state's online renewal service, he said.

"Different officeholders are coming in and out and doing work in their offices. In my office, for instance, we still have to make payroll, and we have vendors that need to be paid and things like that. I'd recommend that if anybody's thinking that they have business that absolutely needed to be conducted, they can contact that elected official's office," he said.

Hatcher said it should not be too much of a hardship. 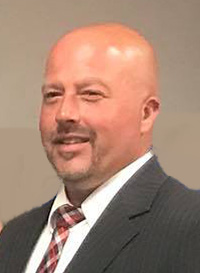 "A lot of the officeholders have told me that this is no different than some of the things we worked through during the pandemic," he said. "It's just for a week."

The damage could have been worse if not for the timely arrival of Walter J. Bates, owner and publisher of The Polk County News, and his family. When he entered the Courthouse, he was struck by what he said smelled like a cold mountain stream.

"However, my brief moment of euphoria came to an end when I felt the cool waters soaking through the bottom of my loafers," Bates wrote Tuesday in an email.

He then also heard the sound of rushing water and began a search for the source, which he found in the second-floor men's restroom, he said.

"It was there that the classical, full-length style urinal was, in all its glory, gushing out gallons a minute," he said.

Bates said he'd left his cellphone in his car, so he unsuccessfully tried wiggling the handle and looked briefly for shut-off valves before he realized Hatcher would know where they were, so he ran up the stairs to find his wife, who sent a text to the county executive.

The leak is the second at the Courthouse in the past decade or two, Hatcher said. He wasn't sure of when the previous leak was, but he recalled that it wasn't weather-related.