The University of Tennessee at Chattanooga men's basketball program suffered a massive loss recently when star Jake Stephens went down with a hand injury, one that is going to keep him out for the foreseeable future.

Even with Stephens the Mocs had been an unpredictable group all season, entering Wednesday's contest against Wofford with an 11-10 record and a 3-5 mark against Southern Conference competition. That inconsistency was on full display in Saturday's loss at home to East Tennessee State as the Mocs were an efficient 6-for-16 from 3-point range in the first half before a 3-for-22 effort in the final 20 minutes. That poor shooting performance bled into the defensive end of the court, where the Bucs shot 79% from the field in the second half after making just under 40% in the first.

For the length of time that Stephens is out the Mocs will need players to replace the 21.8 points, 10.2 rebounds, 3.6 assists and 2.4 blocks -- all team highs -- he provided. He was the scorer, the rebounder and possibly the best creator on offense, and a solid-at-best defender. 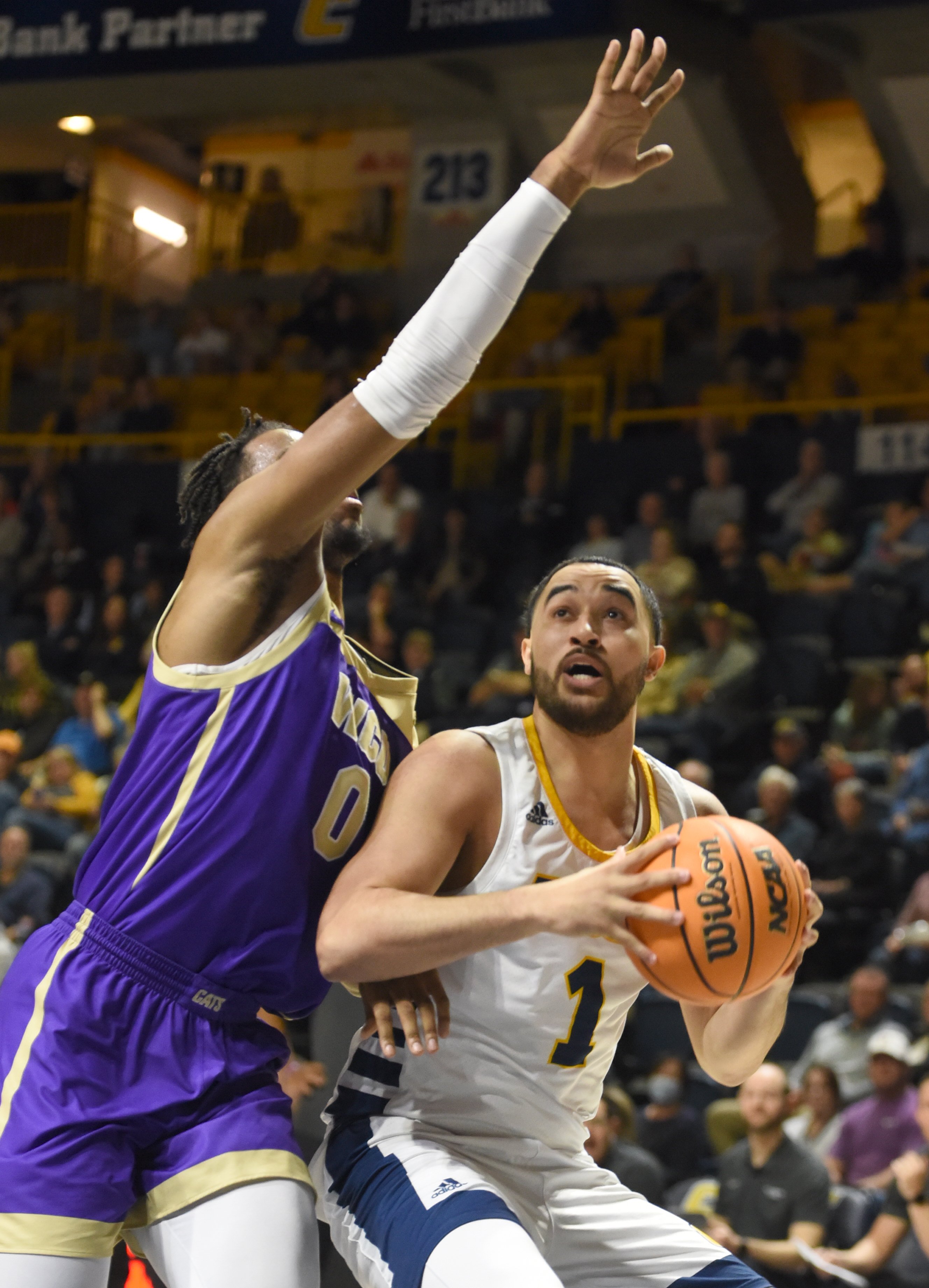 Staff photo by Matt Hamilton / KC Hankton is among a group of players the University of Tennessee at Chattanooga basketball team will have to rely on with leading scorer Jake Stephens injured.

Who's next? We look at a few possibilities who need to step up their production, starting Wednesday:

Jamal Johnson: Nobody just replaces what the 7-foot Stephens can do, but Johnson sure seems like an ideal candidate to step into some of the offensive production. This season he's been the second-best offensive player on the team, both statistically and analytically, and while it won't look the same, an opportunity to improve on Johnson's season stats of 13.2 points on 38% shooting from 3-point range is something that the 6-foot-4 senior guard could be eager to do in his final season of college.

Demetrius Davis/Jamaal Walker: The two players who have the most potential on the team, Davis and Walker have shown flashes of being solid defensive stoppers who provide differing levels of offense. The 6-9 Davis has seen both highs and lows this year, but his length has the ability to bother opponents on the perimeter while providing eight games of double figure scoring. His usual sub has been Walker, the former East Hamilton standout who has struggled to find a consistent role but will be needed in some capacity going forward. He hasn't had a ton of opportunities offensively but has connected on 58% of his 19 3-point attempts.

KC Hankton: If Hankton hadn't gotten hurt in the first round of the NCAA tournament against Illinois, there's a good chance the Mocs defeat the Illini. He's been a steady role player throughout his UTC career and has stepped into Stephens' role for the time being. At 6-7, he's probably undersized for the post position defensively, but that could also lead to some mismatches on the other end of the court.

It's all hands on deck at this point, and players who have wanted opportunities to step their game up will get that chance until Stephens can return. 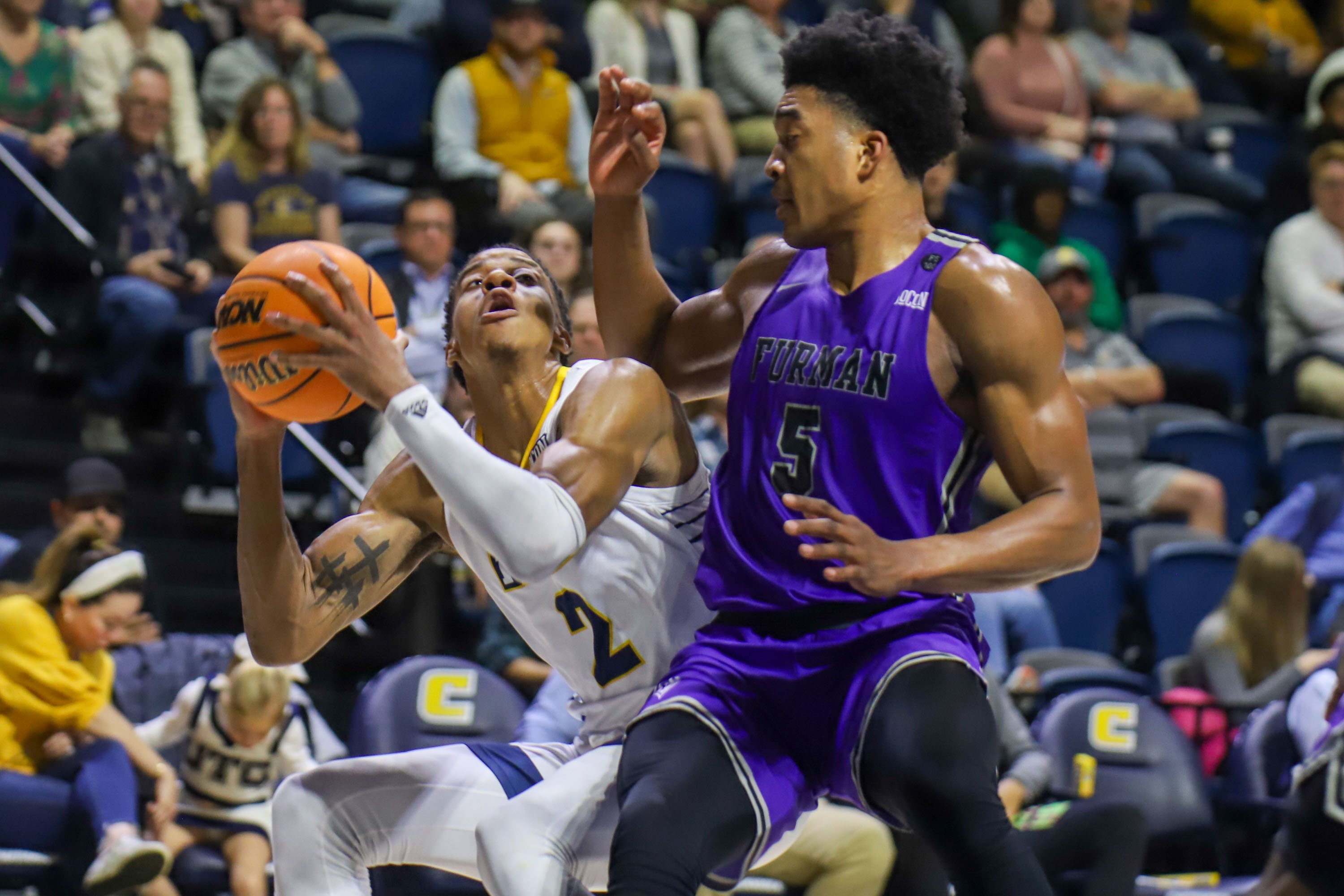 Staff photo by Olivia Ross / Jamaal Walker is among a group of UTC players who could step up to replace some of the offensive and defensive production lost in the wake of Jake Stephens' unjury.
Advertisement
Advertisement