CHARLOTTE, N.C. -- Kyle Larson has just two wins this season and both came at the expense of teammate Chase Elliott.

The relationship between NASCAR's last two Cup champions seemed precarious Sunday night at Watkins Glen International as Larson celebrated in victory lane while Elliott sought out team leadership for what appeared to be an animated conversation.

The 2020 Cup champion and NASCAR's most popular driver had just clinched the regular-season title, but Elliott had dominated the race and might have picked up his fifth win of the year had Larson not muscled his way past his teammate on the final restart.

Larson forced Elliott to miss the corner and slide back into traffic, all while Larson skirted away to his first victory since February at Fontana. He ran Elliott into the wall to win that race.

"I am not proud of it," Larson said upon climbing from his car Sunday. "I don't like to do that. But in that moment, that was my only shot to win. I haven't won a lot this year. I felt like I did what I had to do to benefit our playoffs."

Elliott, meanwhile, was locked into a conversation with Hendrick Motorsports owner Rick Hendrick and vice chairman Jeff Gordon. Elliott appeared to do most of the talking, and after he walked away, he had little to offer in interviews about the finish of the race or his regular-season title.

Larson said he expected a conversation between the two at the Hendrick competition meeting. What would Elliott have to say?

"Congratulations. He did a great job. Seriously, they deserve it," Elliott said. "Looking forward to going to Bristol next week and trying to get one for our team." 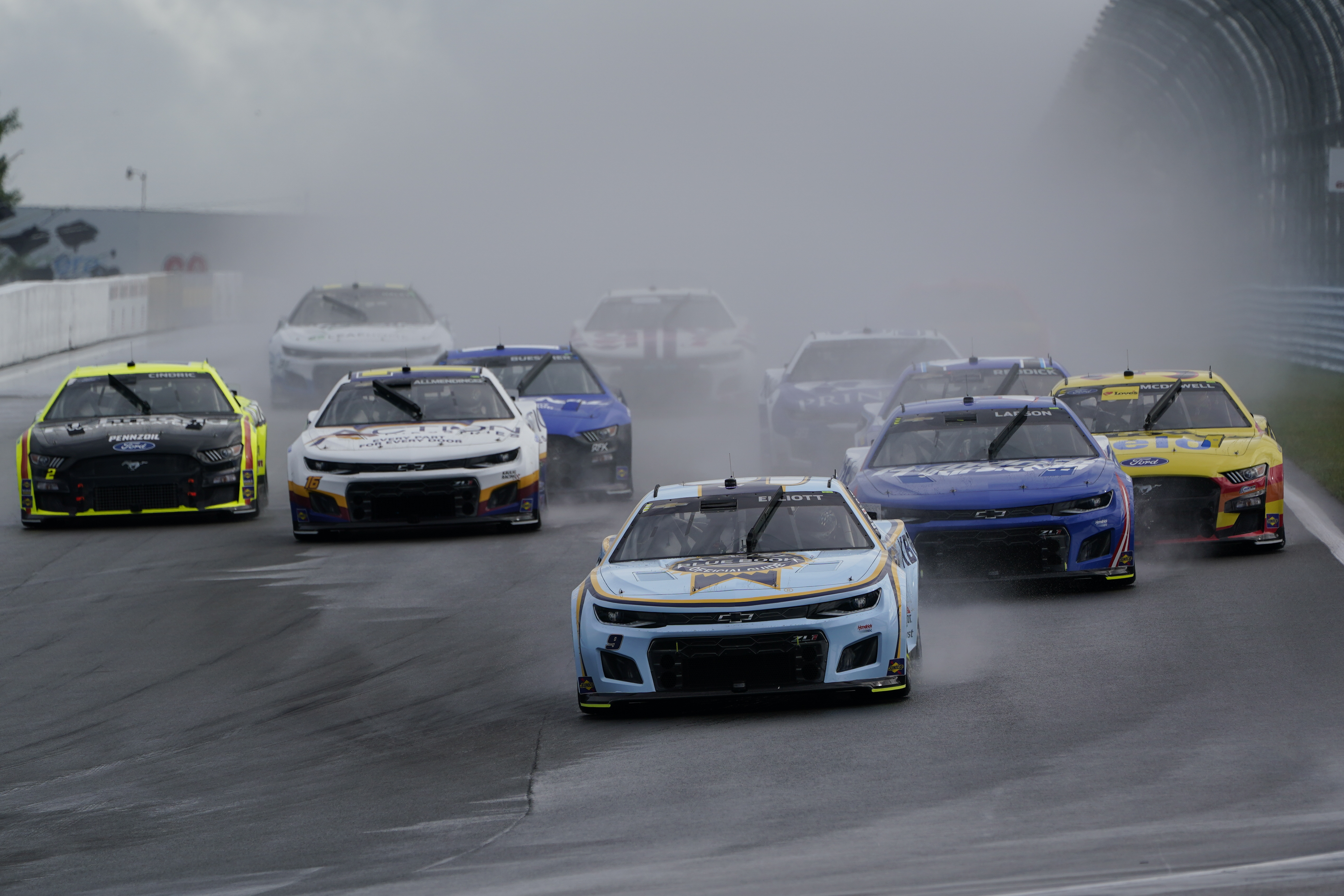 And what about Rick Hendrick, did he offer any words of consolation as one of his drivers celebrated and the other stewed? Elliott refused to bite.

"Like I said, always good to see HMS win," Elliott said. "The boss deserves all the wins, all the great things that go on with this company. Proud of that. Looking forward to next week."

Elliott on multiple references looked ahead to Bristol -- apparently so angry in the moment that he forgot the regular- season finale Saturday night is at Daytona International Speedway. The Cup Series doesn't race at Bristol until Sept. 17 in the first-round playoff elimination race.

It's unlikely the Hendrick camp will allow this feud to fester for an entire month and get to Bristol, where deliberate revenge could knock someone to an early exit from the playoffs. But it has been difficult for Elliott and Larson to build much of a relationship since Larson joined the four-car Hendrick fleet in 2021.

NASCAR and HMS were still operating within COVID-19 protocols and face-to-face interactions were limited when Larson first joined the team. It wasn't until midway through the season that the two spent any meaningful time together, and by that point Larson had already established himself as NASCAR's top driver.

He was the new driver at HMS and teammates with the reigning Cup champion, but Larson outperformed Elliott and won 10 races en route to his own first Cup title. If there were hard feelings, it didn't show until February of this year at Fontana when Elliott was clearly aggravated at how Larson raced him for the win.

Just like Sunday at Watkins Glen, Larson was instantly apologetic and sought out Elliott the next week to clear the air. He anticipated putting this latest kerfuffle to quick rest, but the playoffs start in a week with a Cup title on the line and two drivers have carved out their own personal inner-team rivalry that could stretch the next two-plus months.

Hendrick is unlikely to let it fester -- don't forget, HMS actually has all four of its drivers in the 16-driver playoff field -- and the boss has long preached that ships are typically sunk from within. He'll do his best this week to have Elliott calmed down before he gets to Daytona this weekend.

Whether that helps Larson the rest of the season remains to be seen.

"In my position you have to expect not getting any breaks cut my way," Larson said. "I think and I hope it will be fine, but we'll see. I didn't end his day, but I did probably take a win from him. The next 11 weeks, 10 weeks in the playoffs, there's more than just me to worry about. 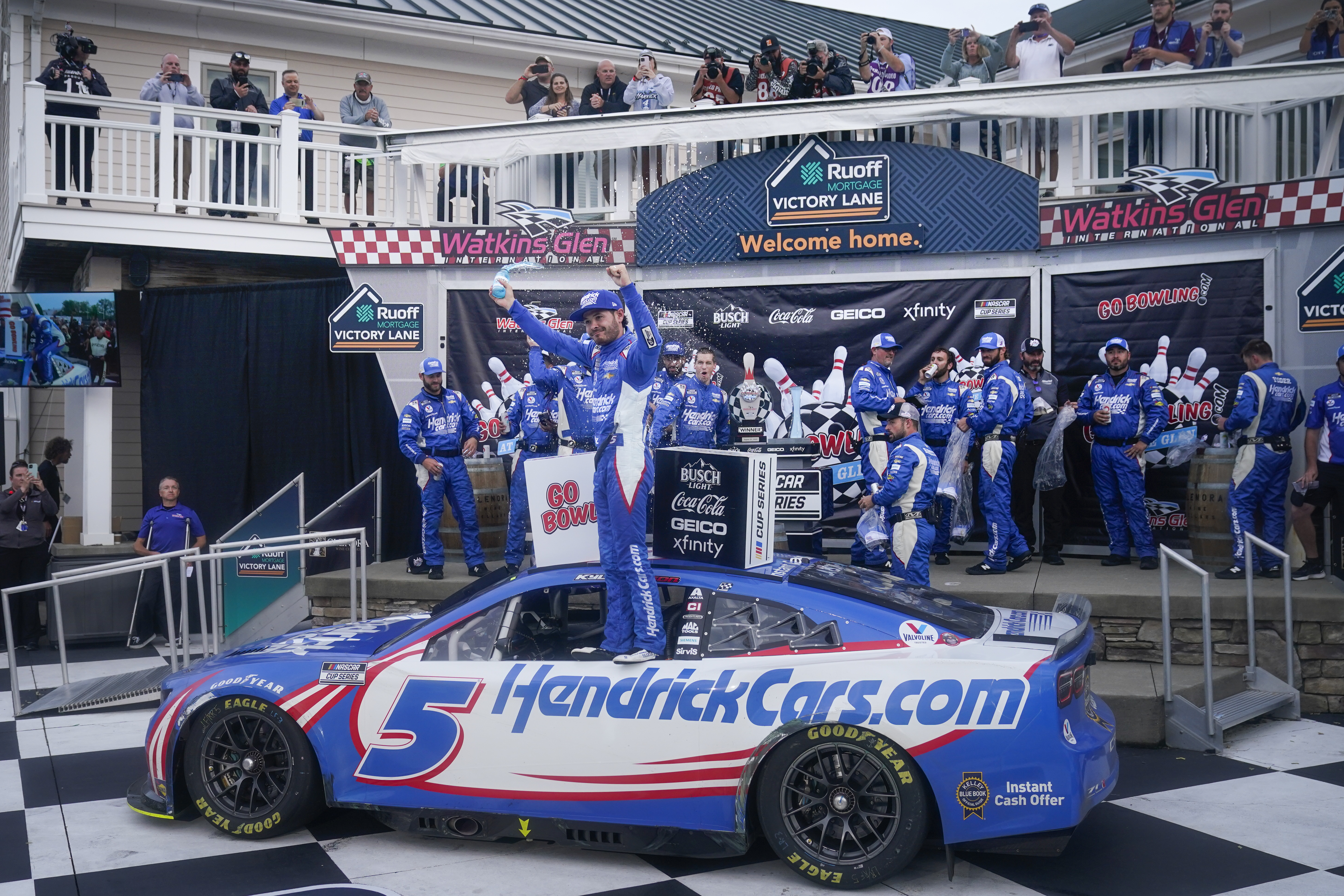