Republican hopes for a "red wave" in last week's midterm congressional elections fell short, but GOP lawmakers elected for the next Congress that convenes in January will still begin Tuesday to select their leaders for 2023 as the party is projected to regain a narrow majority in the lower chamber.

"It's going to be a very interesting week," U.S. Rep. Chuck Fleishmann, R-Ooltewah, said in a telephone interview ahead of Tuesday's closed-door GOP caucus meeting. "Frankly, I was surprised we didn't do better, but Republicans will win back the House by a very slim majority, and that narrow margin will have major implications in the next Congress."

Fleischmann, a 60-year-old Chattanooga attorney who was overwhelmingly elected last week to his sixth term in Congress, is expected to become a so-called "cardinal" in the U.S. House of Representatives as a chairman of one of the subcommittees on the House Appropriations Committee that determines how the nearly $6 trillion federal budget is allocated each year.

Fleischmann, who has pledged his support for House Minority Leader Kevin McCarthy as the next speaker, isn't sure yet what panel he may be heading as leadership roles take shape in the coming weeks ahead of the 118th Congress.

Fleischmann said he is confident McCarthy will win a majority of Republicans during the caucus vote to succeed Nancy Pelosi, D-Calif., as the next Speaker of the House. Former President Donald Trump has endorsed McCarthy for speaker, as have such potential rivals such as U.S. Rep. Jim Jordan, R-Ohio, one of the leaders of the conservative and pro-Trump Freedom Caucus.

Even some who have been critical of McCarthy in the past, such as U.S. Rep. Marjorie Taylor Greene, R-Northwest Georgia, said Monday they will vote to elect McCarthy as the next speaker.

Although Republicans such as U.S. Rep. Andy Biggs, R-Ariz., have talked about challenging McCarthy, Greene said Monday such a challenge is risky since it might fracture the GOP caucus and open the way for Democrats to align with a few Republicans to pick the next speaker.

"I actually think that's a bad strategy (to challenge McCarthy) when we're looking at a very razor-thin majority with potentially 219 (seats), we're talking about one vote," Greene said in an interview on Steve Bannon's "War Room" podcast on Monday. "We've already been through two years where we saw Republicans -- Liz Cheney and Adam Kinzinger -- cross over and join the Democrats and produce a Jan. 6 committee."

A small number of GOP lawmakers could cause problems for McCarthy when the next Congress convenes and the full House votes Jan. 3 to formally elect the next speaker. McCarthy will likely need at least 218 Republican votes on the House floor since Democrats are unlikely to give McCarthy any votes. That could make it possible for a few Republicans to derail McCarthy's chances of another term, and Greene warned that if a few GOP members align with the Democrats, the Republicans could lose their advantage.

Axios reported Monday that Greene's support of McCarthy "will be richly rewarded if he becomes speaker, likely with a powerful House Oversight Committee." 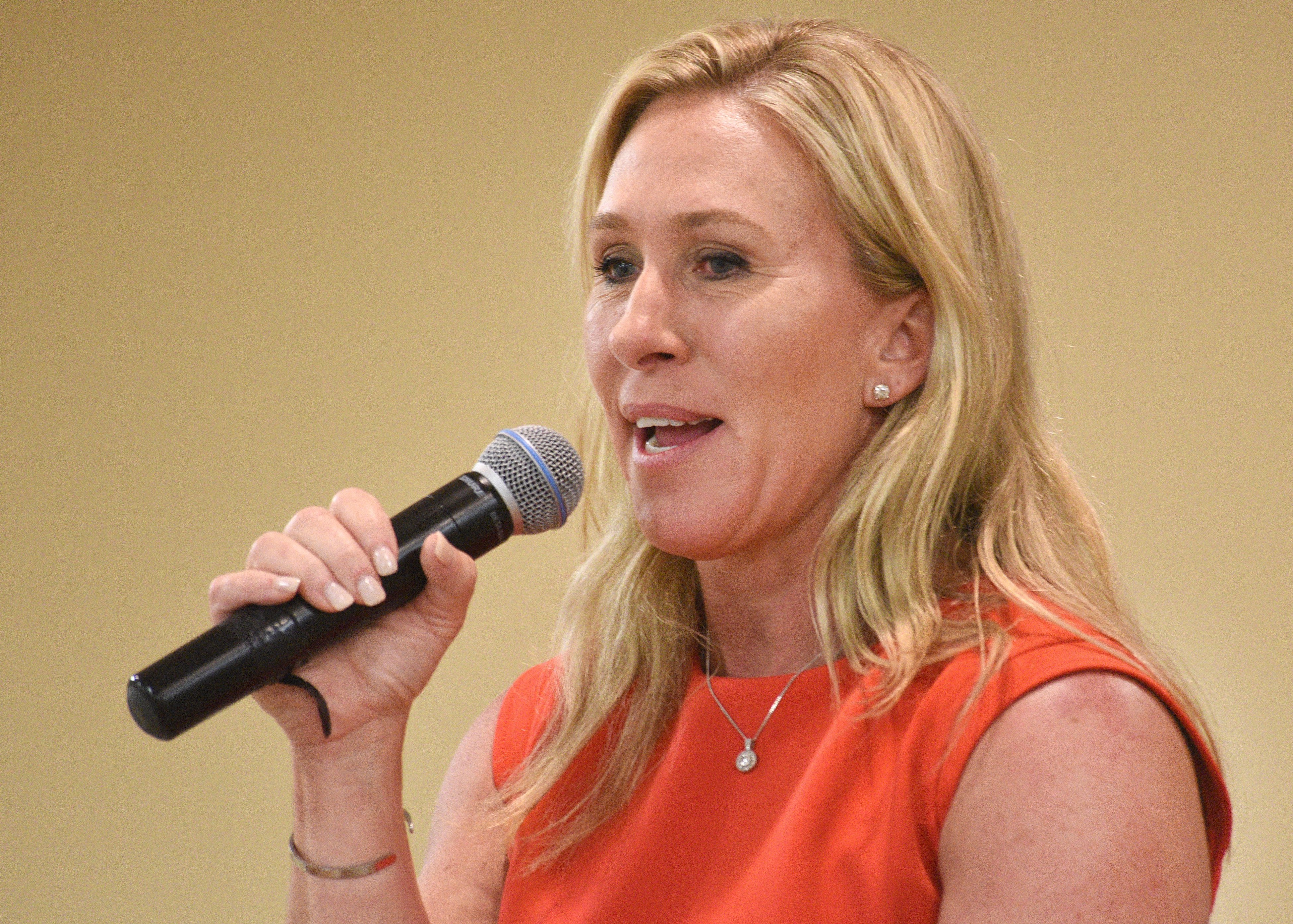 Greene has repeatedly called for President Joe Biden to be impeached, and she co-sponsored a bill to impeach Homeland Security Secretary Alejandro Mayorkas. Greene also wants the House to launch a new investigation into the president's son, Hunter Biden, for his financial dealings in the past.

Last year, the U.S. House of Representatives voted to remove Greene from all committee roles in response to her social media activity endorsing political violence. Eleven Republicans joined the unanimous Democrats in the vote.

But as Greene has gained national attention and prominence, she has appeared with McCarthy and Trump at a number of recent rallies and events, and her influence has risen even as she was shut out of the traditional Congressional law-making process in committees.

Fleischmann said navigating any appropriation measures with a narrowly divided House could be a challenge next year.

"I will work as I have in the past to work with other members of Congress from both sides of the aisle to advance common-sense legislation," Fleischmann said. "I think I work with others and immerse myself in the policies more than just the politics."

As Trump prepares to make a major announcement Tuesday and potentially launch another bid for the White House, Fleischmann said he remains a supporter of the former president who he has talked and visited with at the Mar-a-Lago resort in Florida where Trump now lives. But Fleischmann stopped short of an early endorsement of Trump for the White House in 2024.

"I don't know what Donald Trump is going to do," Fleischmann said. "We have been friends and political allies, and President Trump was kind enough to endorse me in both my primary and general elections, which he did not do with all Republicans."

Fleischmann was among 147 Republicans who voted last year against certifying Joe Biden as president in January 2021. Although court challenges and voted recounts failed to change any of the election results, Fleischmann continues to question the results.

"I believe there were enough irregularities in Pennsylvania, in Arizona and in some of the other states that gave a skewed result," he said.

Fleischmann said Trump's endorsements helped candidates in many states, such as Tennessee, but he acknowledged that in some states the Trump brand and style is not as favorable.

"President Trump has consistently been our party's strongest fundraiser and we remain friends and allies," Fleischmann said. "There's no doubt he remains popular in Tennessee."