Having healed herself, Onteaya Tate now wants do the same for her Green Bean Coffee Co. customers.

"My mission in life," she says, "is to benefit people from the inside out."

Tate and her husband, Antonio, launched Green Bean on Gunbarrel Road in January. In August, the Tates opened a second location, at 806 E. 12th St. in downtown Chattanooga.

Onteaya (pronounced on-TAY-uh) Tate says she was diagnosed with type 2 diabetes in early 2020, but "reversed" the condition by going to a diet of plant-based whole foods.

"When I discovered the benefits of different ingredients, I focused on creating a benefits-driven menu for drinks we offer at Green Bean," she says, adding that she became a certified holistic nutritionist a year ago.

"Everything is plant-based," she says. "We use a lot of turmeric, a lot of ginger. We don't use flavored syrups."

"We use rested espresso, which helps with acidity," she says. "We use oat milk, which is not only plant-based, but won't bother people with nut issues. It's smooth, creamy and good for your tummy.

"Then we add benefits--reishi, lion's mane and chaga [mushrooms], and we sweeten with chai concentrate, which is made in-house and doesn't trigger diabetes or insulin," she adds.

Onteaya Tate says Green Bean's version of a London Fog, which typically consists of Earl Grey tea and milk, is called Overcast and features Mexican vanilla, honey-simple syrup and oat milk alongside the Earl Grey tea and is topped with a lavender foam. Order a Monstera Deliciosa, she says, and you'll get a pineapple/banana puree with honey, green tea and ginger.

"Good for digestion and fighting inflammation," she says, adding that customers can watch while their drinks are made from scratch. "You can choose [a drink] based on your ailment, and we customize."

Antonio Tate, a chef by training, says he once managed Steak 'n Shake and Zaxby's locations. He says he was food-service director at his Chattanooga church when he started Party Bites in its kitchen.

He says he was shopping one day at What Chefs Want, the former Dixie Produce, when he noticed a vacant building on East 12th.

"It had a commercial kitchen," he says. "We had a vision for an event space as well, and it had room for that, so we thought it was perfect."

Antonio Tate says he and his wife agreed to lease the building from its owner, the Mission Chattanooga church. He says they designed the interior space and outfitted the kitchen, then moved Party Bites and launched Mr. Beast Burger there two years ago.

"We've got a lot of different stuff going on," he says, "but the opportunity we have now is to streamline everything and help people understand what we've got going on here--more availability for indoor and outdoor events, and mainly getting people to understand our [food] concepts and how they all tie together." 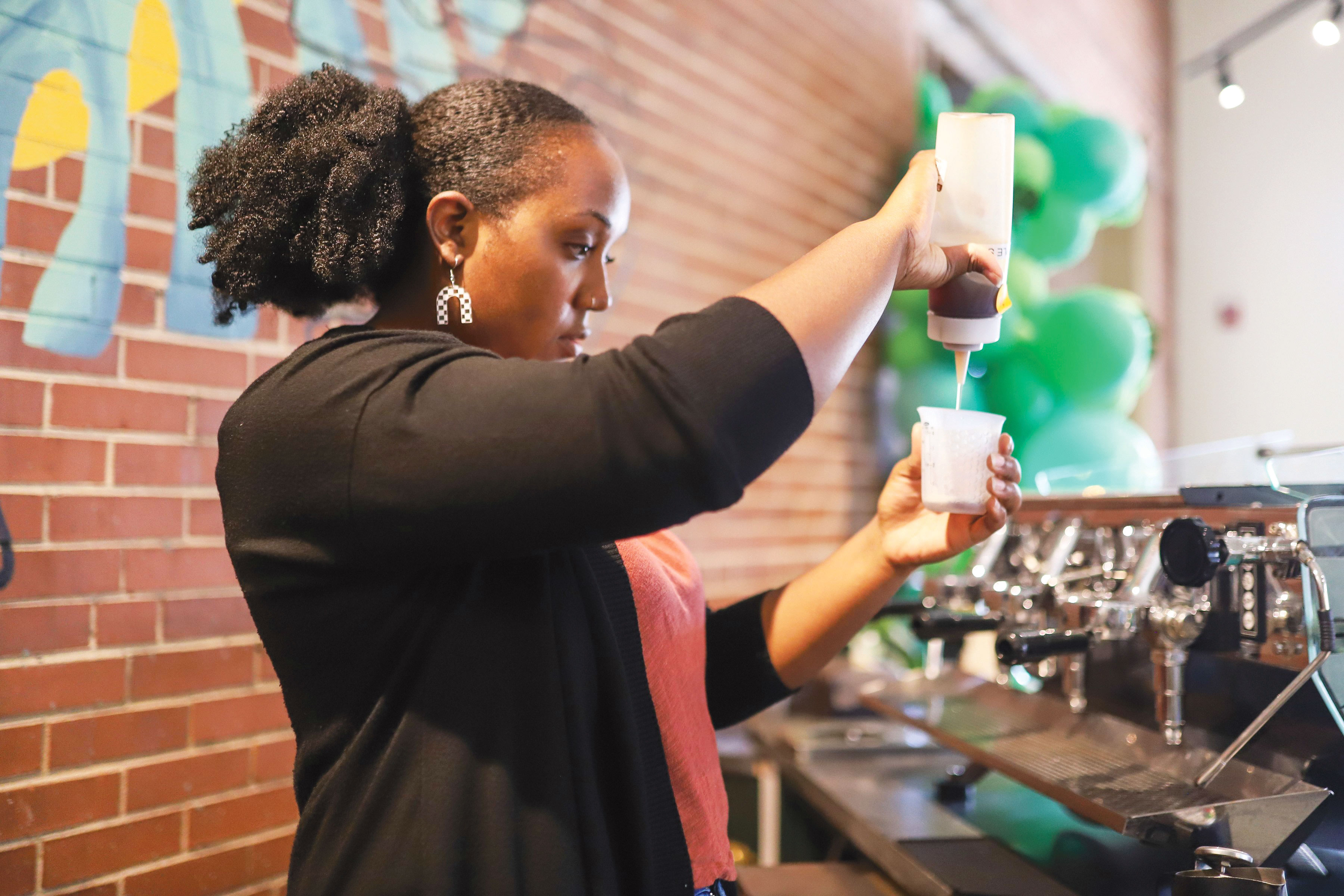