Two members of the panel overseeing plans for a new Chattanooga Lookouts stadium — including its chairman — have resigned, citing time constraints, two months after the panel was created.

Hamilton County Mayor Weston Wamp said Wednesday he's concerned the resignations on the city-county Sports Authority are "the first hard evidence of a process that was rushed."

Wamp said in a telephone interview when he and Chattanooga Mayor Tim Kelly meet next week to discuss the resignations, that they may have to "entertain a reconstitution of the panel."

"There already was an attendance problem, and now there's an experience problem in terms of a finance and development background," he said about the seven-member panel.

She said in an email Wednesday the two members of the board recently resigned separately "due to the greater-than-anticipated time commitment of serving on the board."

Shearburn said in a resignation letter that "given my busy schedule, I am unable to commit the time and attention required to serve on the board, and carry out the important fiduciary duties of a board member, particularly as chairman." 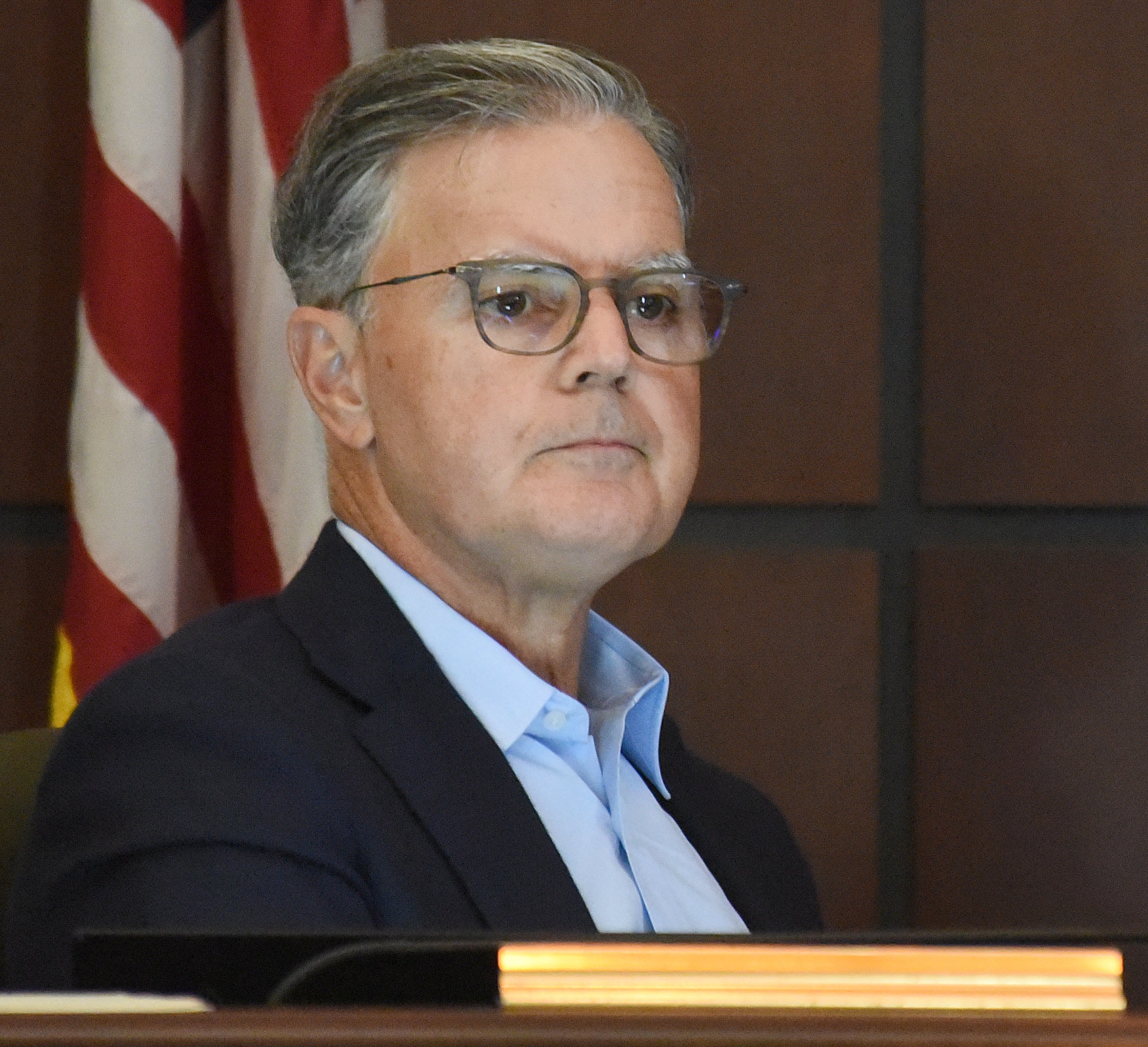 Staff photo by Matt Hamilton / Board member John Shearburn listens to a presentation during a Chattanooga-Hamilton County Sports Authority board meeting at the Chattanooga City Council assembly room on Tuesday, Aug. 30, 2022.

Under the Sports Authority charter, approved by the County Commission and City Council earlier this year, their replacements will be named through a joint appointment by the two bodies, Yates said.

She said Kelly is to meet with Wamp and his team early next week to discuss replacement candidates to jointly recommend for appointment.

Wamp, who has been critical of the stadium project, said it was approved "at world-record speed" this summer, before he took office.

"Anytime government gets in a hurry, there are unintended consequences," he said, adding that it looks as if the members on the authority "didn't know what they were getting into or didn't like it."

Wamp said only five members of the seven have attended each of the first two meetings of the panel.

The authority held its first meeting in late August and then its second last week. The board recently indicated it plans to meet twice a month at least through next February, except in November.

The county mayor said he intends to have a broader conversation with city officials next week about increasing the authority's makeup so there is an adequate number of qualified members or start over.

Wamp said he's "not sure anyone is passionate" on the panel.

"My intent is not to slow down," he said about the planned stadium's construction. "It has to be done well."

The multiuse stadium is proposed on old U.S. Pipe/Wheland Foundry property in the South Broad District with the Lookouts seen as the primary user.

Groundbreaking is planned for April for the $79.4 million stadium project, officials have said. That would allow for a planned April 2025 opening for the ballpark, where the Lookouts owners would like to start the team's season that year, moving from its longtime home at AT&T Field on downtown's riverfront. 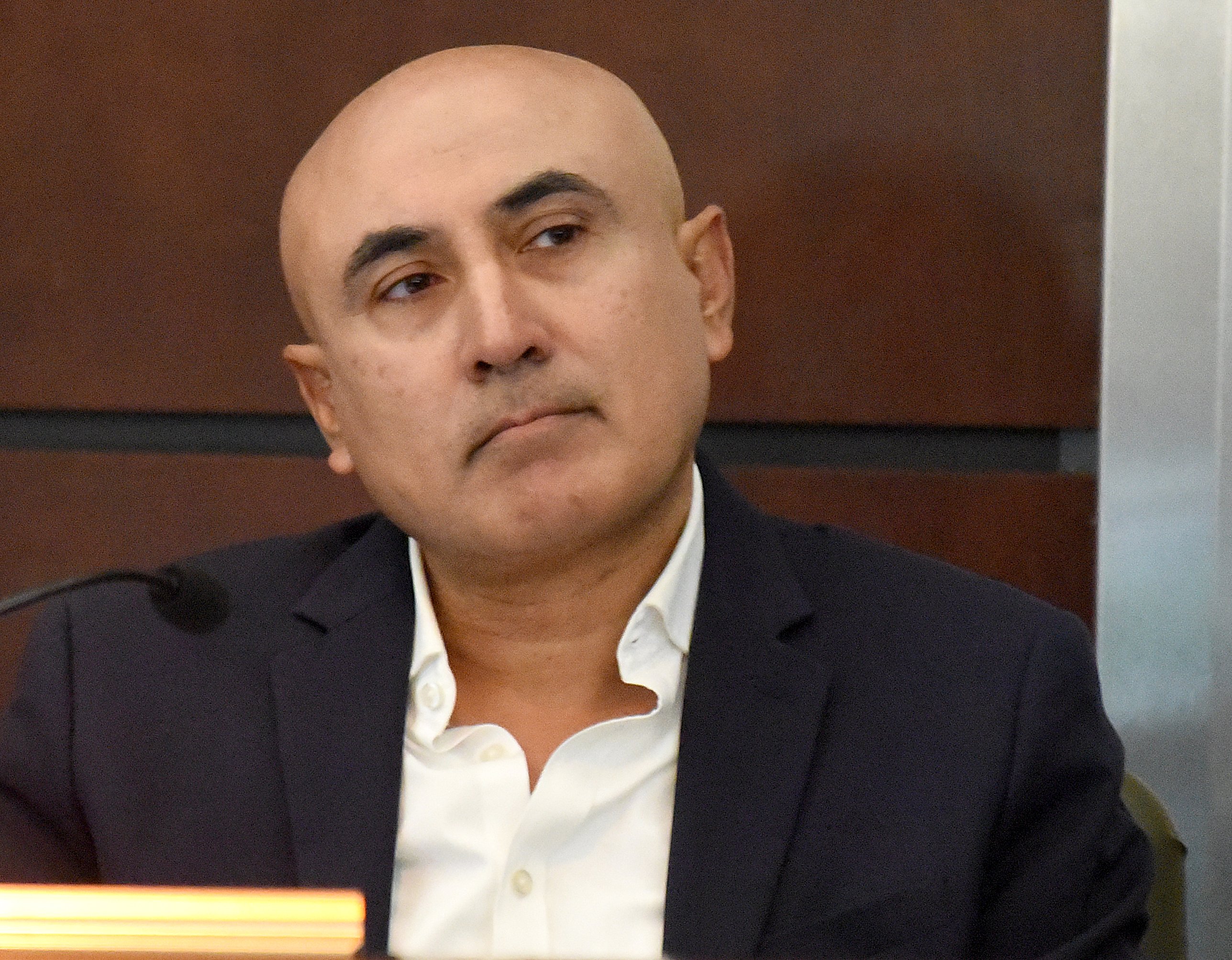 Staff photo by Matt Hamilton / Board member Mitch Patel listens to a presentation by Jermaine Freeman during a Chattanooga-Hamilton County Sports Authority board meeting at the Chattanooga City Council assembly room on Tuesday, Aug. 30, 2022.

Appointed in July along with Shearburn and Patel were Randy Smith, previous sports director at Local 3 News; Matt Patterson, of the Brickyard accelerator; Rudolph Foster, a property owner in the South Broad Street area; Edna Varner, a senior adviser at the Public Education Foundation; and Ann Weeks, the South Broad Redevelopment Group's president-emeritus.

Wamp called for looking at how Knoxville is conducting its business as it also builds a new minor league baseball stadium.

"We'd be wise to learn lessons from Knoxville," he said.

Brent Goldberg, the city's chief financial officer, said at the first meeting of the Sports Authority plans are to issue up to $80 million in bonds by the end of December to fund construction of the facility.

He said last week no more than $80 million in bonds are to be issued even if costs rise due to interest rates or other expenses.

He said a design will be sought for the best stadium possible with the available funds.

"We're going to figure it out within that $80 million," he said. "We'll do design-build or we'll use value engineering."

Chattanooga and Hamilton County earlier this year approved creation of a special tax district around the planned stadium. Most of the new property tax revenue from the special district, Lookouts' lease payments of at least $1 million annually, sales taxes, parking revenues and $1.4 million each from the city and county will pay for debt service on 30-year bonds to be issued for the project, officials have said.

Revenues from the tax district of about 470 acres around the stadium would pay for 58% of the project, officials have said. The district includes not just the 120 acres of developable foundry property, but the South Broad area around it. Also included are a number of tracts south of Chattanooga Creek, including a site for a proposed greenway connecting to Alton Park.

City and county officials have said they initially expect $350 million in new development in the tax district during the 30-year period, but Kelly has said $1 billion or more is anticipated.