My children are overly fond of pointing out to me that I am not in step with modern times. They are simply aghast that I do not have an iPhone, use proper punctuation even when texting and hand-write most letters, in cursive, no less. I, on the other hand, am fond of pointing out to them that I also do not eat Tide Pods, have never had anyone's words send me scurrying for a "safe space" and earned a doctorate without the benefit of Google.

Mind you, I am not at all opposed to new things if those new things are actually good things. But sometimes, the old ways and old things just cannot be improved upon. I suppose that is why I am still such a big believer in newspapers. In a world of instant, online, shotgun-blast information that aims at everything and hits mostly nothing, the effort needed to tell a hometown what is going on across the pond in London on Page 1 and then tell them about local little-league, church events, city council meetings and weddings and obituaries in the next 12 pages is priceless. As a syndicated columnist for many years now, I can also tell you that newspapers are a great way to make new friends. In just about every place my column has appeared through the years, email from readers has led to some wonderful, enduring friendships for Dana and me.

But it is another really old-school thing that is on my heart at the moment, especially as I sit here looking at a letter from Hiawassee, Georgia. It is a note from a friend that his dear wife of 61 years passed away in early December.

It was July 8, 2019. Dana and I were driving home from a meeting in Hiawassee and stopped in the tiny town of Clayton, Georgia, for lunch. There was a little place called the Clayton Café that had been recommended to us. As we parked and then walked that way, I knew by the crowd standing around that we might be in for a bit of a wait. Nonetheless, we walked in and put our names on the list. As we did, though, the nice hostess said, "A regular table may be a while, but we do have some seats at the community table if you are interested."

Somehow, community table was a new one on me, but it was also easy enough to figure out. We would be sitting with whoever else happened to be sitting there already. For some, that would be a definite no. And honestly, there are some days when it would be for me as well, days when, in the words of my daughter, "It's just too peoply." But on that day, the idea sounded amazing, and we were quickly whisked off to the community table. And joining us was Alberta, a sweet 86-year-old from Franklin, North Carolina, and Bill and Ann, a sweet married couple in their late 70s from Hiawassee.

We had the most pleasant and amazing lunch that day and really got to know each other in a fairly short period of time. Ann became an avid reader of my column each week. And over the next few years, we corresponded by mail and often received cards from her with a gift and instructions for me to take Dana out to lunch somewhere.

If we had sat at a regular, private table that day, we would have gotten an excellent lunch. By sitting at a community table, we ate an excellent lunch and made new friends. We got to know a lady who spent 61 years as a devoted full-time wife and mother.

Dana and I will miss hearing from sweet Ann and are praying for Bill and all of the rest of the family.

In Ruth chapter 2, a scene took place around another community table. Workers were gathered all around, taking a bit of a break, and a newcomer, a Moabite lady named Ruth, was there among them. The boss had just shown up as well. So, around that table were people from right there in town, a lady who was brand new to town, men, ladies, some young people and some pretty old people. They all struck up a conversation, and Ruth was eventually moved to say, "Let me find favour in thy sight, my lord; for that thou hast comforted me, and for that thou hast spoken friendly unto thine handmaid, though I be not like unto one of thine handmaidens."

He spoke friendly to her. No big deal, right? Well, it certainly was to her. It was not something she had been expecting on that day. And that small start, just a friendly conversation, ended up leading to so very much more, including Ruth ending up in the bloodline of Christ.

In this divided, angry world, maybe it's time we seek out some very old-fashioned things again, things like community tables. Maybe instead of always finding a quiet booth where we can eat in utter silence as we mindlessly scroll social media, we should occasionally look for the place where we can intentionally sit and have conversations with others that we do not yet know, friends ready to be made.

Dana and I kept all of the cards Ann sent us through the years. We keep all of the correspondence people send to us. Yes, again, I know that is pretty old-fashioned, as is the idea of talking to people you do not know and ending up as friends. But as the Marvel Universe's Phil Coulson reminded Steve Rogers, this world could probably use a little old-fashioned right now.

Bo Wagner is pastor of Cornerstone Baptist Church of Mooresboro, North Carolina, a widely traveled evangelist and the author of several books available on Amazon and at wordofhismouth.com. Email him at 2knowhim@cbc-web.org. 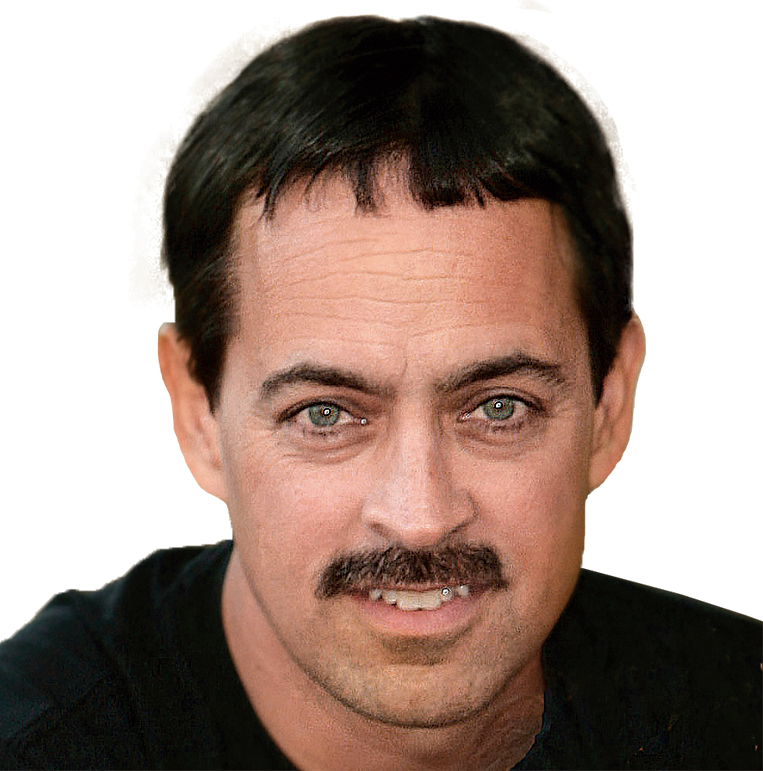