As Caleb Hampton collected information to guide his decision on where to continue his athletic career, ultimately the deciding factor was that he did not want to have to choose between two sports yet.

Baylor School's two-sport all-star announced his intention Saturday evening to sign with Stanford University, where he will have the opportunity to continue playing both baseball and football.

"I always want to be challenged," Hampton said. "The reason I chose to go to Baylor was because I knew I would be challenged both academically and athletically, and the same is true for the next step at Stanford.

"I am truly blessed to have this opportunity. It's a great choice for my future. I know a lot of people have said how difficult it will be to play both sports at that level, but that's just part of the motivation for me."

This past fall, Hampton helped lead the Red Raiders to their first football state championship in 49 years, and the senior running back was honored as the MVP of Baylor's victory against Montgomery Bell Academy in the BlueCross Bowl at Finley Stadium. He also became a Tennessee Titans Mr. Football finalist in Division II-AAA after rushing for more than 1,400 yards and averaging 9.8 per carry with 23 touchdowns.

In Baylor's most recent baseball season last spring, he batted .396 with 21 extra-base hits, including seven home runs, drove in 31 runs and stole 11 bases. He was part of back-to-back state championships as a freshman and sophomore outfielder for the Red Raiders.

Hampton will visit the Stanford campus next weekend in California, but he chose to go ahead and commit to the Cardinal after learning he was admitted into the prestigious Pac-12 school.

"It's a big weight off, knowing where I will be playing next and being able to announce that decision," Hampton said. "Now I can just concentrate on getting ready for my senior season and trying to help my team bring another state championship back home. 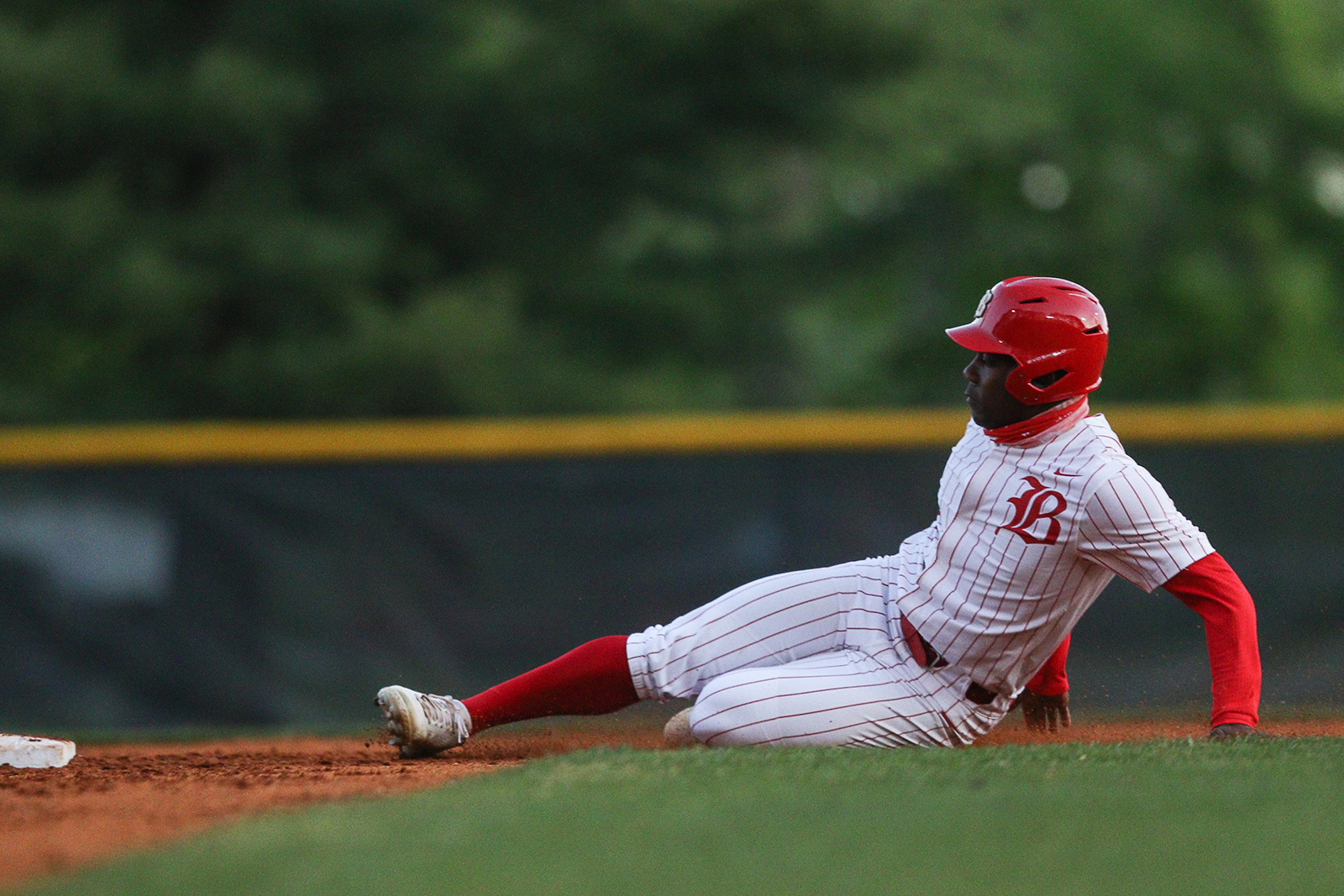 Staff file photo / Baylor's Caleb Hampton committed Saturday night to Stanford University, where he will continue to play both football and baseball.