Baylor senior running back Caleb Hampton (Division II-AAA) and Tyner senior quarterback Josh Jackson (Class 2A) were each named as one of three finalists for the award in their respective classification.

Finalists were named during Titans coach Mike Vrabel's Tuesday night coach's show and award winners will be announced during a banquet on Wednesday, Dec. 7 at Nissan Stadium.

The award is based on regular-season production with the playoffs not factoring into the decision of who is named a finalist or award winner.

Hampton helped guide Baylor to the program's first BlueCross Bowl state championship game appearance in 11 years, where the Red Raiders will face top-ranked MBA at Finley Stadium next Thursday at 7.

In the team's eight-win regular season, Hampton rushed for 1,485 yards, averaged 9.8 per carry and scored 23 touchdowns. 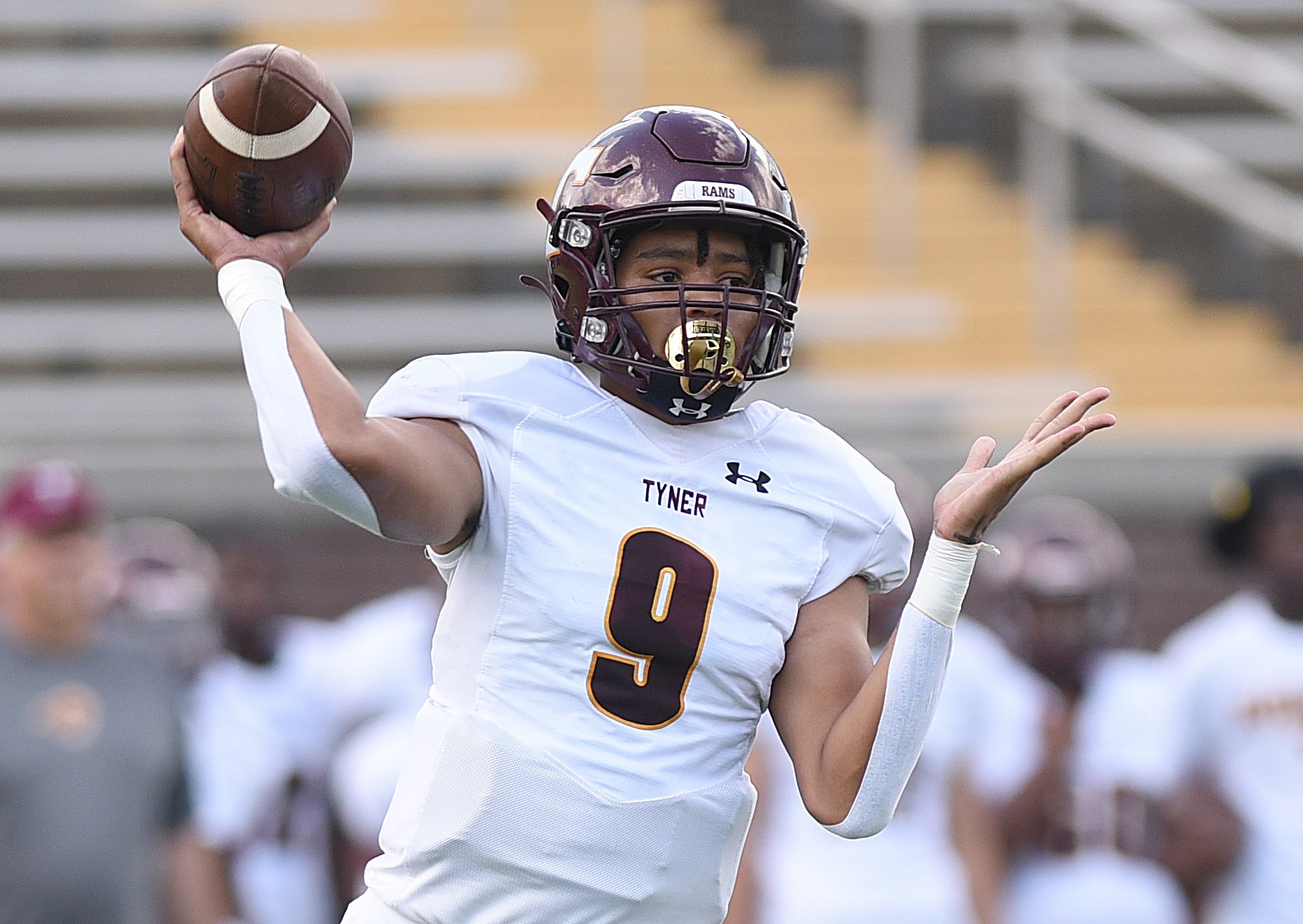 "I found out when my coach sent a message and then my dad also texted to say congratulations," said Hampton, a two-sport star who also batted .396 with seven home runs and 14 doubles last spring in baseball. "It made me feel very blessed to be considered one of the top players in the state. I'm honored.

"I'm also very grateful for my linemen because I couldn't do it without those guys and my teammates. This was a goal I set for myself, so it feels good to achieve that. But now we're laser focused on next week and that game is our main focus. We're hungry to win a state title for our school and our city."

Jackson threw for 2,137 yards and 26 TDs in 10 regular-season games. The top-ranked Rams (12-1), who will host York Institute (9-4) in Friday's semifinals, won the region 3-2A title and are trying to return to the title game for the first time in five years.

"Josh would be the first one to tell anybody that something like this is a team award," Rams coach Scott Chandler said. "He's a very talented young man who makes us go on offense, but he's also surrounded by other talented players.

"It's been incredible to watch him grow in our offense and become the player he is. He's a special talent and deserves this recognition."

DIVISION I, CLASS 1A

DIVISION I, CLASS 2A

DIVISION I, CLASS 3A

DIVISION I, CLASS 4A

DIVISION I, CLASS 5A

DIVISION I, CLASS 6A

KICKER OF THE YEAR