WASHINGTON (AP) — The Biden administration on Monday announced preliminary approval to spend up to $1.1 billion to help keep California's last operating nuclear power plant running, even as officials turned down a request for financial aid to restart a closed nuclear plant in Michigan.

The Energy Department said it was creating a path forward for the Diablo Canyon Power Plant on California's central coast to remain open, with final terms to be negotiated and finalized. The plant, which had been scheduled to close by 2025, was chosen in the first round of funding for the administration's new civil nuclear credit program, intended to bail out financially distressed owners or operators of nuclear power reactors.

The program is part of Biden's effort to cut planet-warming greenhouse gas emissions in half by 2030, compared with 2005 levels.

“This is a critical step toward ensuring that our domestic nuclear fleet will continue providing reliable and affordable power to Americans as the nation’s largest source of clean electricity,” Energy Secretary Jennifer Granholm said in a statement.

Approval of the funding came as the Energy Department turned down a request by the Palisades nuclear plant for funding to restart operations. The plant along Lake Michigan was shut down last spring after generating electricity for more than 50 years.

Granholm served two terms as Michigan governor before becoming Energy secretary. A spokeswoman said Monday that Granholm's tenure as governor played no role in the decision on the Palisades plant.

Michigan's Democratic Gov. Gretchen Whitmer had brought together a coalition to develop a plan that would have reopened a non-operational nuclear plant for the first time in U.S. history. Despite the temporary setback, Whitmer “will continue competing to bring home transformational projects creating thousands of good-paying jobs to our state in autos, chips, batteries, and clean energy,'' said spokesman Bobby Leddy.

Palisades owner Holtec International said they fully understood that attempting to restart a shuttered nuclear plant would be both a challenge and a first for the nuclear industry.

The Biden administration launched the $6 billion effort in April to rescue nuclear power plants at risk of closing, citing the need to continue nuclear energy as a carbon-free source of power that helps to combat climate change. Nuclear power provides about 20% of electricity in the U.S., or about half the nation’s carbon-free energy. The bailout program is the largest federal investment in saving financially distressed nuclear reactors.

Most U.S. nuclear plants were built between 1970 and 1990, and costs to operate the aging fleet are increasing. There are 53 commercial nuclear power plants with 92 nuclear reactors in 28 U.S. states.

PG&E, which operates Diablo Canyon, said the federal funds would be used to pay back a loan from the state of California to support extending operations at the plant and lower costs for customers. PG&E spokesperson Suzanne Hosn said there are still additional federal and state approvals required to renew the plant's license and to operate past 2025.

PG&E is taking actions to seek re-licensing while also continuing to plan for the eventual decommissioning of the plant, Hosn said. The seaside plant located midway between Los Angeles and San Francisco produces 9% of the state’s electricity. California Gov. Gavin Newsom has said continued operation of Diablo Canyon beyond 2025 is “critical to ensure statewide energy system reliability” as climate change stresses the energy system.

Newsom signed legislation in September to open the way for the plant to operate for an additional five years, a move he said was needed to ward off possible blackouts as the state transitions to solar, wind and other renewable energy sources.

Newsom said Monday he appreciates the “critical support” from the federal government and looks forward to working together to “build a clean, affordable and reliable energy future.”

“This investment creates a path forward for a limited-term extension of the Diablo Canyon Power Plant to support reliability statewide and provide an onramp for more clean energy projects to come online," Newsom said in a statement.

Environmentalists and other critics warn of safety risks from nearby earthquake faults and tons of spent nuclear fuel at the site, along with potential future costs that could land on ratepayers. The Environmental Working Group, a nonprofit advocacy organization that opposes the extension, said the “misguided” decision by the Biden administration sets a dangerous precedent of keeping aging, dilapidated nuclear plants operating. EWG President and California resident Ken Cook said taxpayer money would be better spent on clean, safe, renewable sources of electricity like solar, wind and energy storage solutions.

The Energy Department intends to accept annual applications for the civil nuclear credit program through fiscal 2031, or until the $6 billion runs out. Nuclear plant owners or operators can bid on credits for financial assistance to keep operating. To qualify, plant owners or operators have to show the reactors are projected to retire for economic reasons and emissions would increase.

The first round prioritized reactors that have already announced plans to close. The second round will be opened up to more economically at-risk facilities, the Energy Department said. The program was funded through President Joe Biden’s $1 trillion infrastructure law. 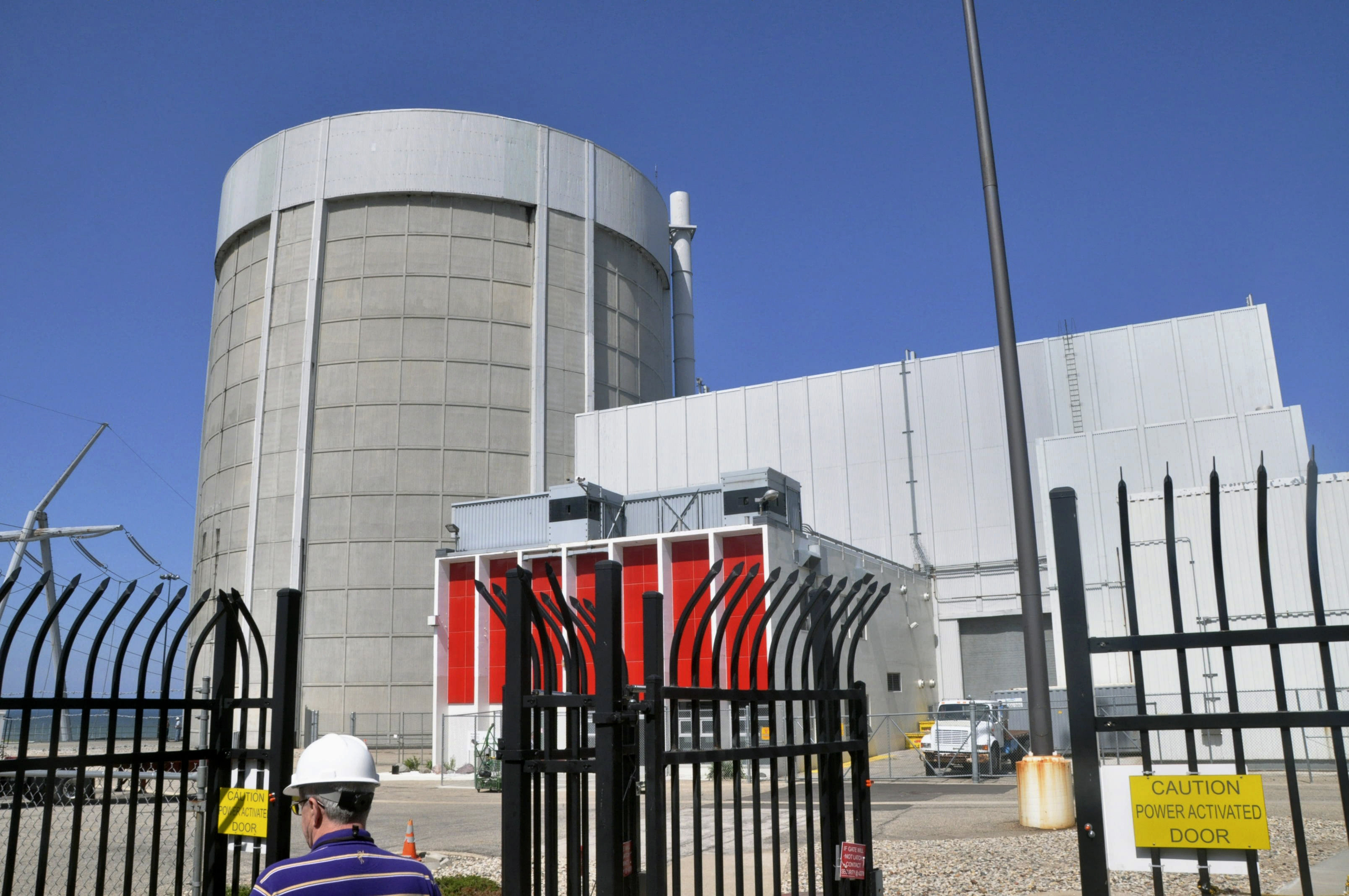 FILE - The Palisades nuclear power plant in Covert Township, Mich., June 24, 2010. The Biden administration said Monday, Nov. 21, 2022, it is granting preliminary approval to spend up to $1.1 billion to help keep California's last operating nuclear power plant running. Approval of the funding came as the Energy Department turned down a request by the Palisades nuclear plant for funding to restart operations. The plant along Lake Michigan was shut down last spring after generating electricity for more than 50 years. (John Madill/The Herald-Palladium via AP, File)