And that growth continued until about 10 years ago when officials first became aware of a problem: Young turkeys were struggling to survive, Shields says.

This summer, TWRA asked the public to report their wild turkey sightings to help the agency monitor populations.

In the Southeast, nesting peaks in mid-April, and upon hatching, about 28 days later, poults develop quickly. By late summer, they should be similar in size to adult hens.

But Shields says he received several reports of hens with young poults as late as August, indicating their first and possibly second nesting attempts failed.

"When their nests fail for whatever reason, re-nesting takes place," he explains. "When you see poults in August, that probably means a third nest attempt."

The root of the problem isn't fully understood, Shields says, "but there are a plethora of theories."

Habitat loss is the leading threat to wildlife — turkeys included. It occurs when an ecosystem is dramatically altered by human activity, and agriculture is a major cause.

Fifty years ago, farms were generally smaller, Shields says. They had more hedgerows, shrubby, wooded areas that bordered fields. And that is perfect for turkeys, which ground nest in grass or low shrubs, preferably near mature trees.

These days, farmlands are often cleared to increase production. And the loss of these habitats impacts more than just the turkey. The Northern bobwhite and ruffed grouse -- two other ground-nesting species native to the Southeast -- are rapidly disappearing.

"If you're willing to wait, you can let those hens finish raising their young," he says.

Thriving predator populations may also be affecting the turkey's reproduction. Skunk, raccoon, fox and coyote all prey on young turkeys. At one time, these predator populations were controlled by larger apex predators such as red wolves and mountain lions, and later by the fur trade, which is no longer a lucrative business, Shields says.

All the while, human activity has been bolstering their ability to forage.

"We put a lot more feed on the ground. When you put up deer feeders, you're also feeding raccoon, fox and anything else that comes along," he says. Moreover, the corn often used in those feeders produces a mold that is toxic to turkeys.

It can help to at least not hang those feeders through the summer, Shields suggests.

Lymphoproliferative Disease, or LPDV, is an emerging cancer-like retrovirus that infects turkeys, as well as chickens. Before 2009, cases were limited to domestic turkeys in Europe, but that year, it was identified for the first time in wild turkeys in the Southeastern U.S.

"Once we started looking around, it turns out it's really common," Shields says. Still, little is known about the disease and how it may impact the overall turkey population. "Does it make them sick? How are they exposed to it? Is it passed from mother to poult?"

When it comes to declining turkey populations, Shields says, "I'm not sure there is a single smoking gun. So many pressures are being placed on wild turkeys. Maybe we've reached a threshold. We went through the era of restoration; numbers grew extremely fast. Maybe we've just exceeded carrying capacity, and we'll see a more stabilizing population in the coming years."

The future of the hunt

Earlier this year, Tennessee Fish & Wildlife Commission voted to tighten turkey hunting regulations to bolster their numbers. For the 2023 spring hunt, the commission reduced the bag limit from three birds to two, only one of which can be a jake, or juvenile male turkey. It will also delay the spring season by about two weeks, with the hunt now taking place April 15-May 18, and the youth hunt on April 8-9. The hope, officials say, is that this will give hens more time to breed with males and lay their eggs.

Finally, the commission voted to ban the practice of fanning on public lands, a tactic in which a hunter stalks turkeys from behind a tail fan. Though fanning will still be legal on Tennessee private lands, it is considered controversial as many believe it makes the hunt too easy. 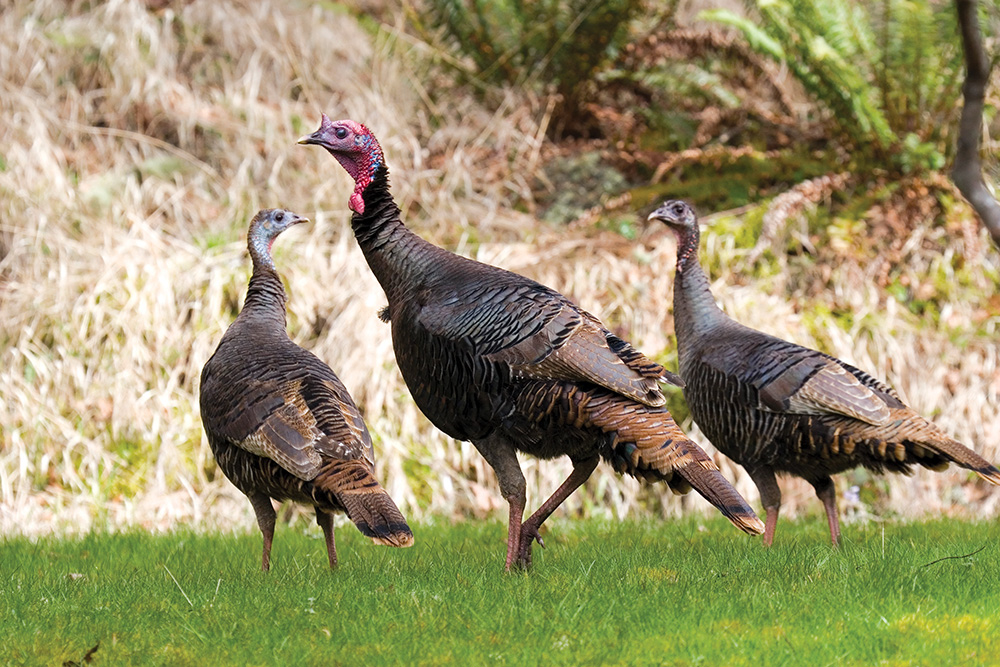